Since long ago people thought upon the way how to provide a dryshod acces from one bank to the other, how to bridge the gap or finding the way to deal with a broken ground that does not suit to a railway. This is why Slovakia is rich in various structures not only helping to get where it is needed, but also heading through the most beautiful parts of the country. 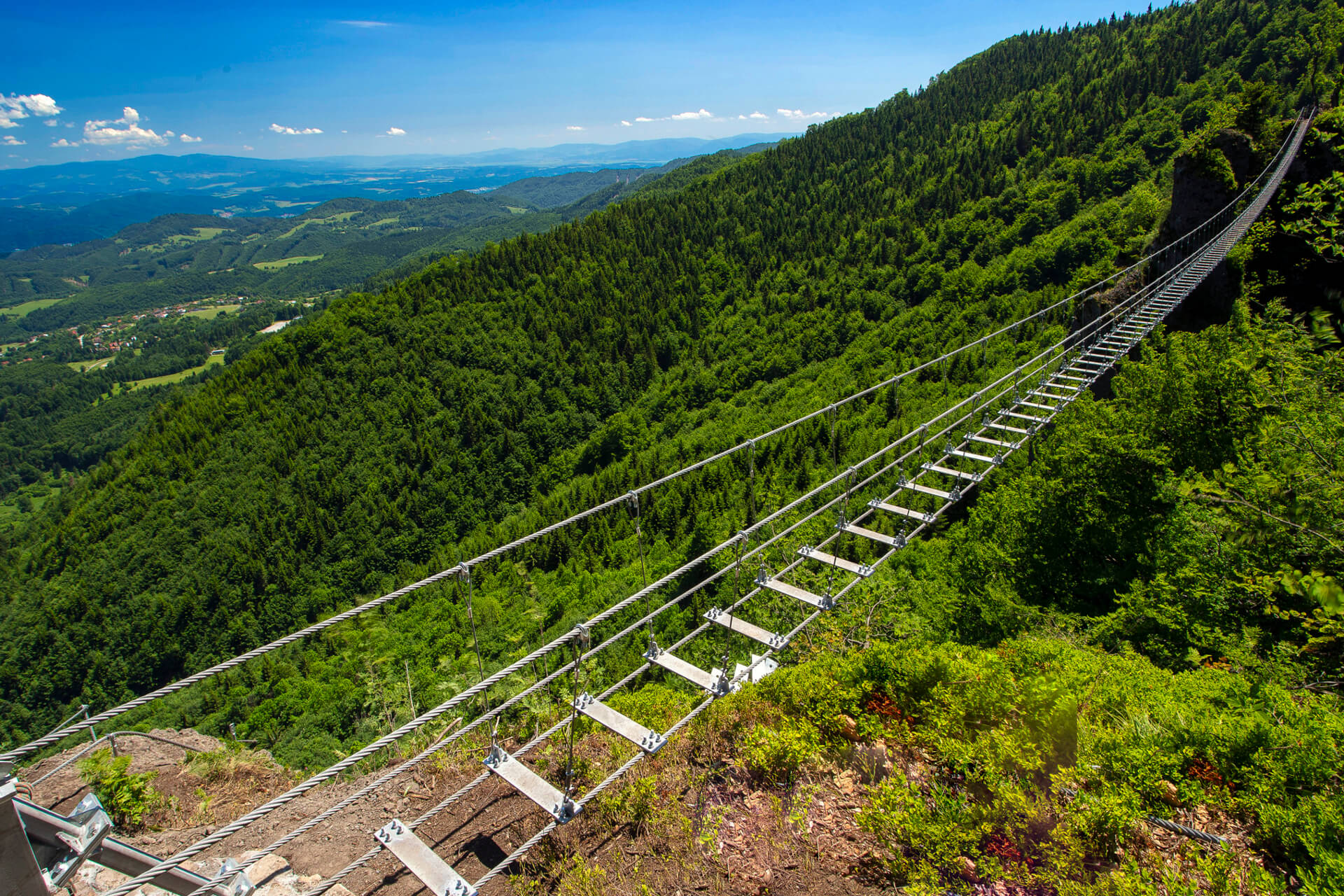 Ranging from simple upperbridges up to the technological wonders, interesting footbridges, bridges or viaducts can be found in all Slovakia. Mountainous terrain was practically destined for becoming a home to manifold structures designed for obstacles the local landscape put in the way of generations of constructors. 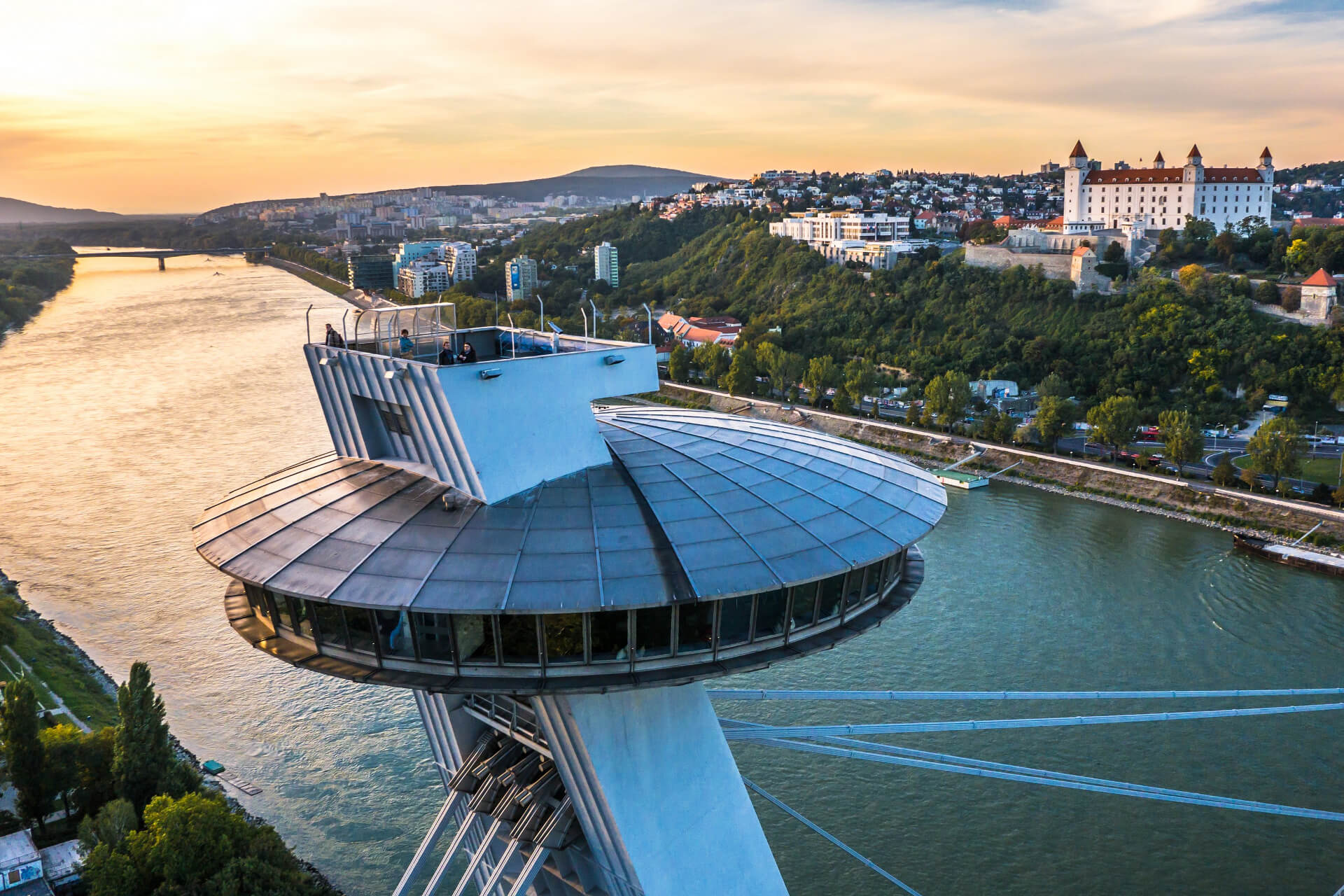 Cable-stayed, wooden, made of stone or concrete, in Slovakia there are many interesting bridgings. Historical, modern or ultramodern - all have their specific charm.
There are about 23 thousands bridges in total length of 235 kilometres in Slovakia. Some are unique in their appearance, construction or functionality. Anyway, did you know it requires a minimal bridge span of 2 metres to clasify a structure officially as a bridge? 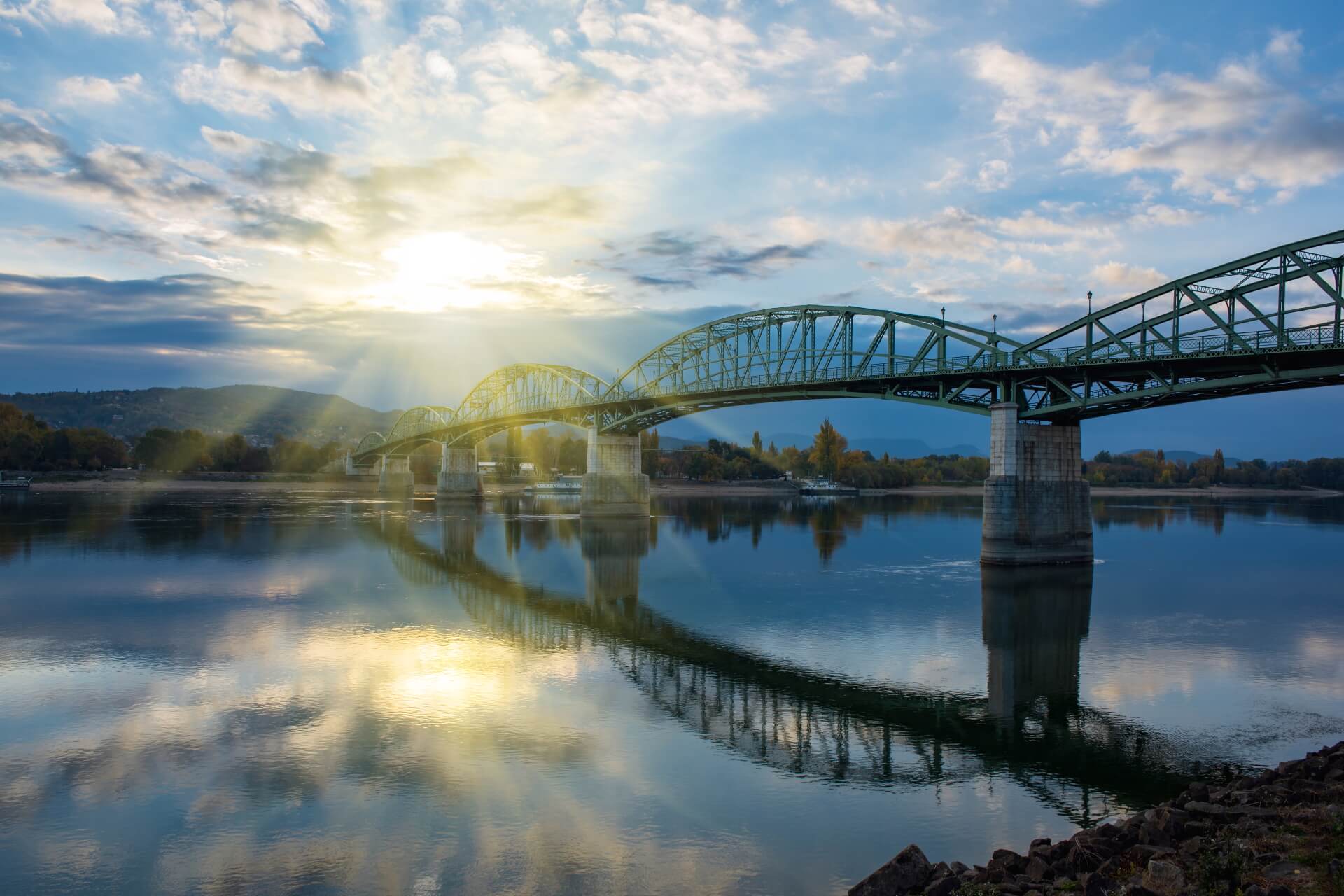 1. The Slovak National Uprising Bridge in Bratislava
First ever asymmetrical cable-stayed SNP Bridge is the world’s longest cable-stayed bridge in category with one pylon and one cable-stayed plane, hosting a restaurant and viewing terrace on the UFO-shaped top of the pylon. 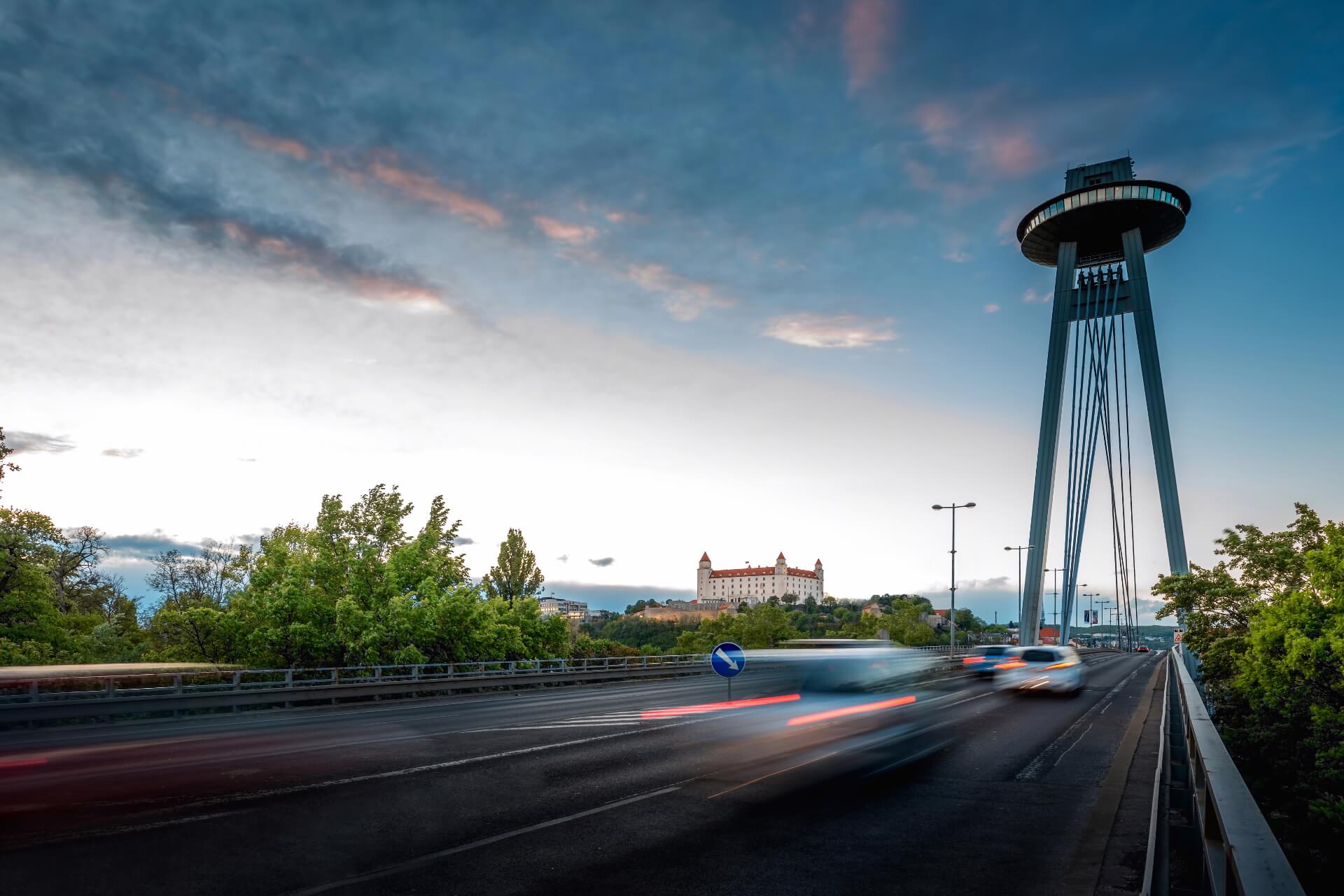 2. Wooden bridge in Kolárovo
The wooden bridge over the river Malý Dunaj in Kolárovo is 86 metres long and 2.25 metres wide. Leading to the floating mill, the bridge built all from wood is today the longest bridge of its kind in Europe. 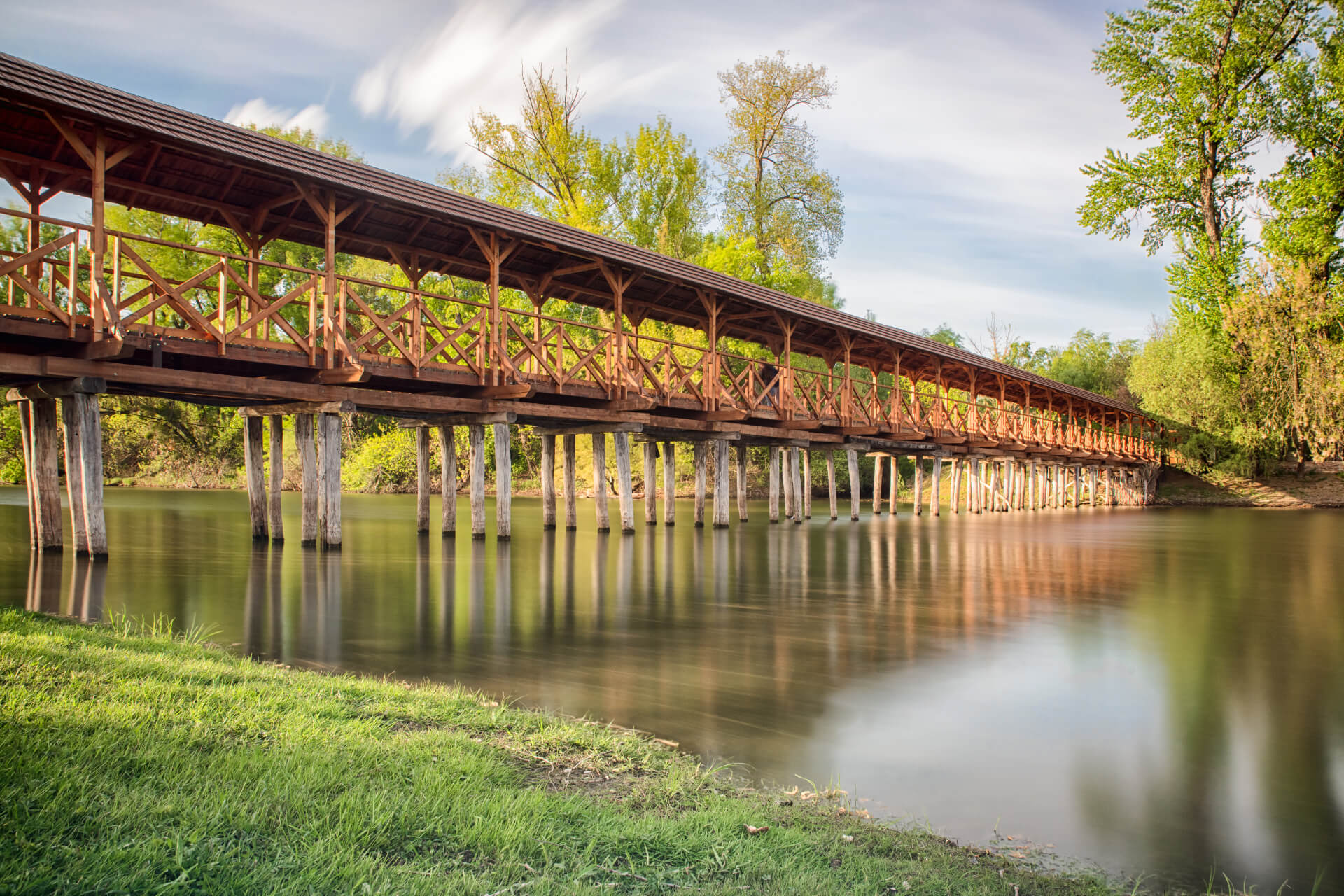 3. Cable bridge in Skalka
On the attractive Komín ferrata near Kremnica you can find the longest via ferrata cable bridge in Slovakia hanged between cliffs up to 45 metres above terrain and 78.5 metres long. In the location there is also a 37.5-metre high climbing cable net available, again the longest one in Slovakia. 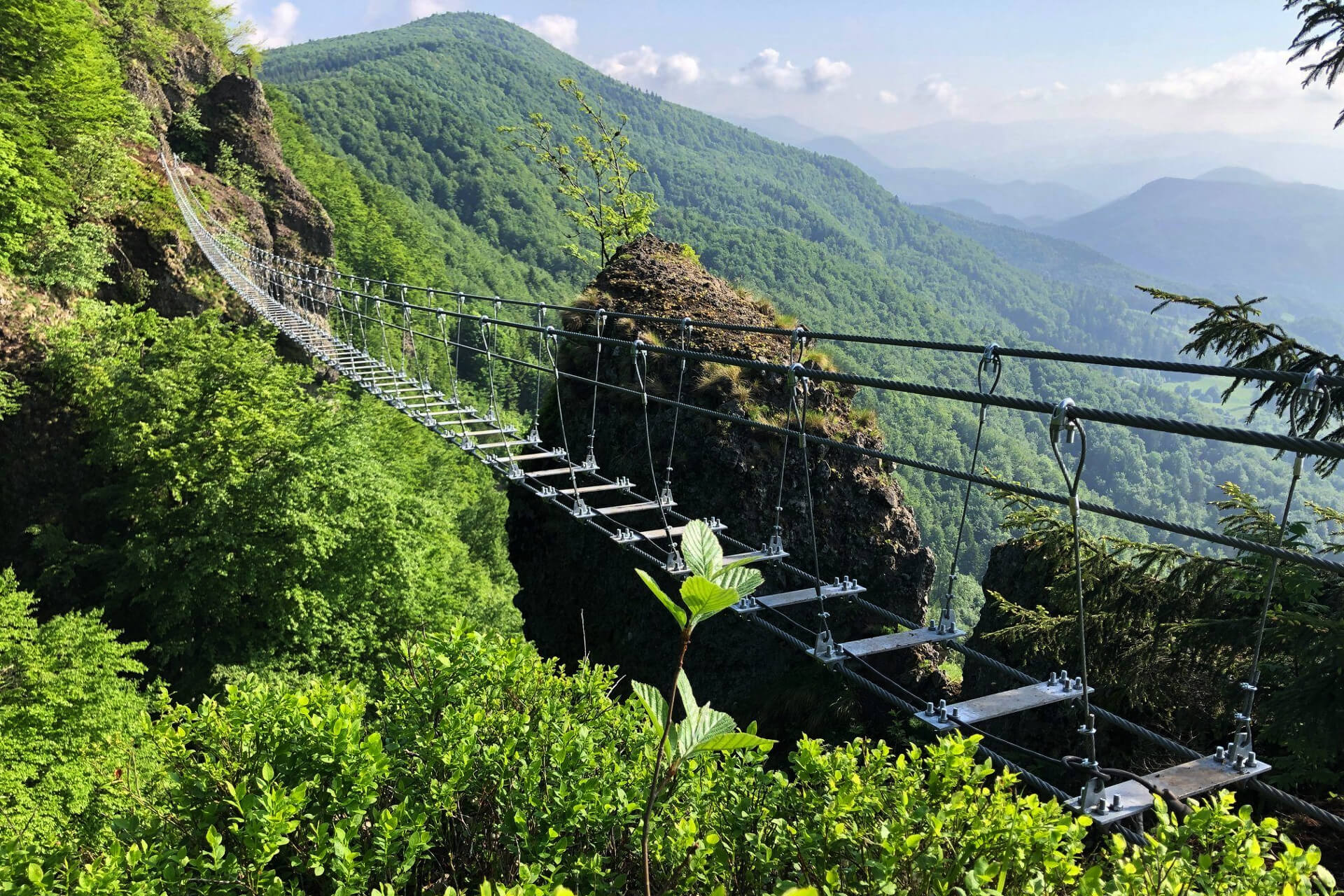 4. Colonnade bridge in Piešťany
The functionalist Colonnade Bridge over the River Váh, an acclaimed work by prominent 1930s architect Emil Beluš, connects the town centre of Piešťany with its Spa Island. It is the longest bridge fitted with a roof in Slovakia. The symbol of the structure also called the Glass Bridge and the town of Piešťany as well is the statue of man breaking the crutch over his knee set on the bridge in 1933. 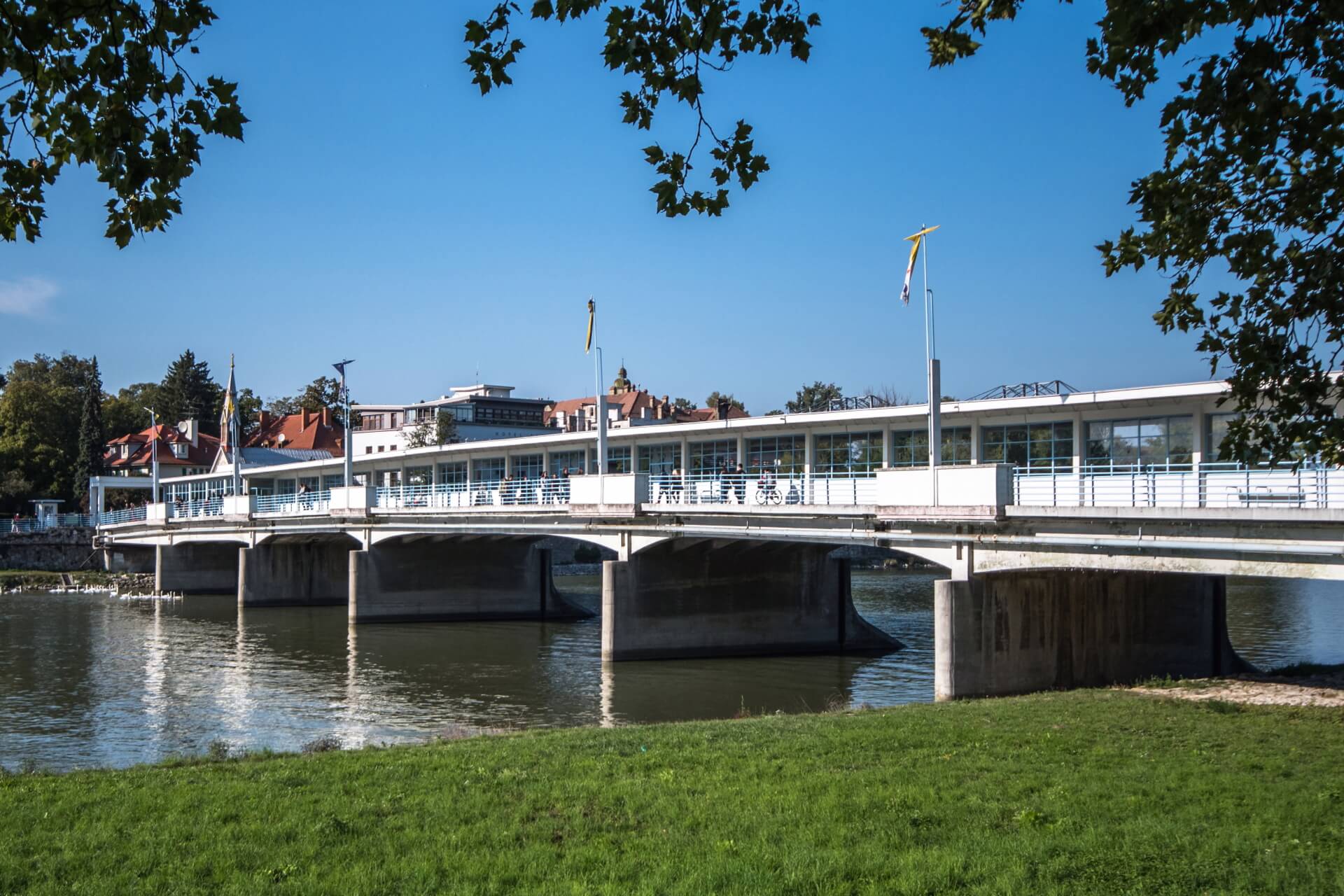 5. Apollo Bridge in Bratislava
Three times unique is Apollo Bridge – in a unprecedented maneuver of rotation during its construction, in virtual absence of right angles as well as in bypassing one bank with another. 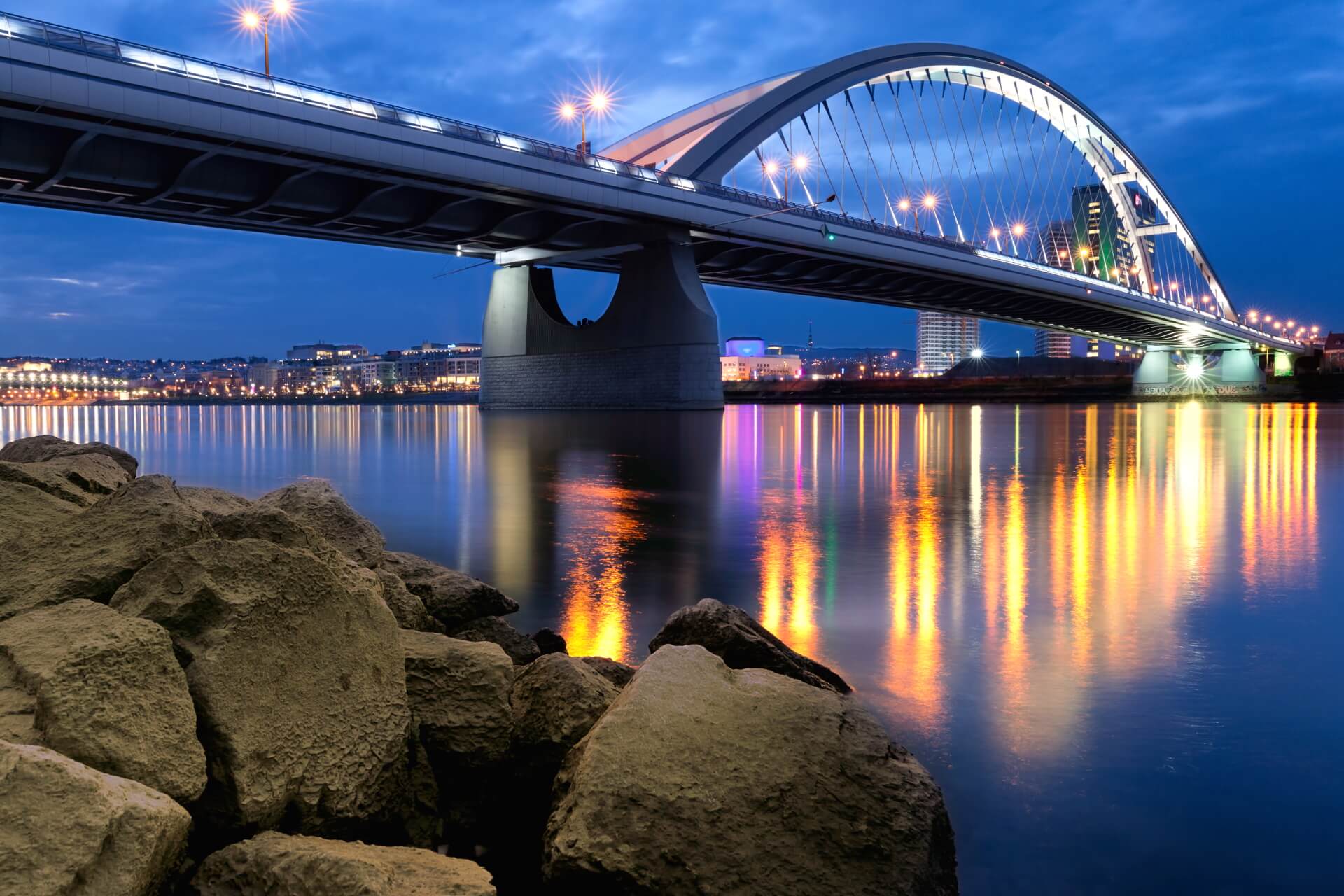 6. Chmaroška viaduct near Telgárt
The 18 metres high railway viaduct over Chmaroška Stream in Gregová Valley on the regional Červená Skala - Margecany track near source of River Hron below Kráľova hoľa Mountain next to Telgárt belongs to one of the most photogenic structures in Slovakia. 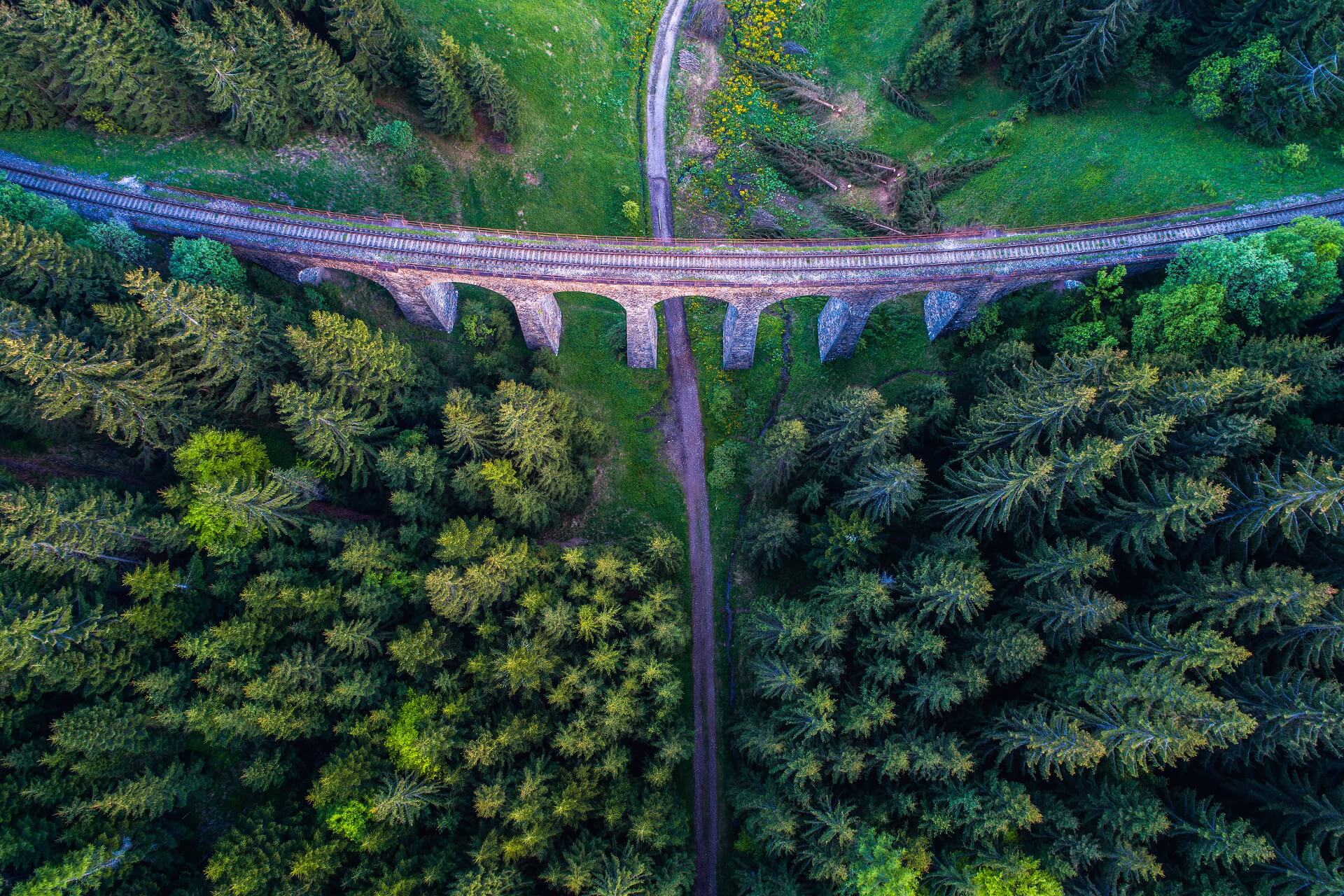 7. Marie Valerie Bridge in Štúrovo
Nicely reconstructed Art Nouveau structure dating back to 1895 connects Slovakia and Hungary. Named after Archduchess Marie Valerie of Austria, the youngest child of famous imperial pair Emperor Franz Joseph I of Austria and Empress Elisabeth of Austria nicknamed Sisi, the 509 metres long elegant bridge across the River Danube joins towns of Štúrovo in the north and Esztergom in the south. 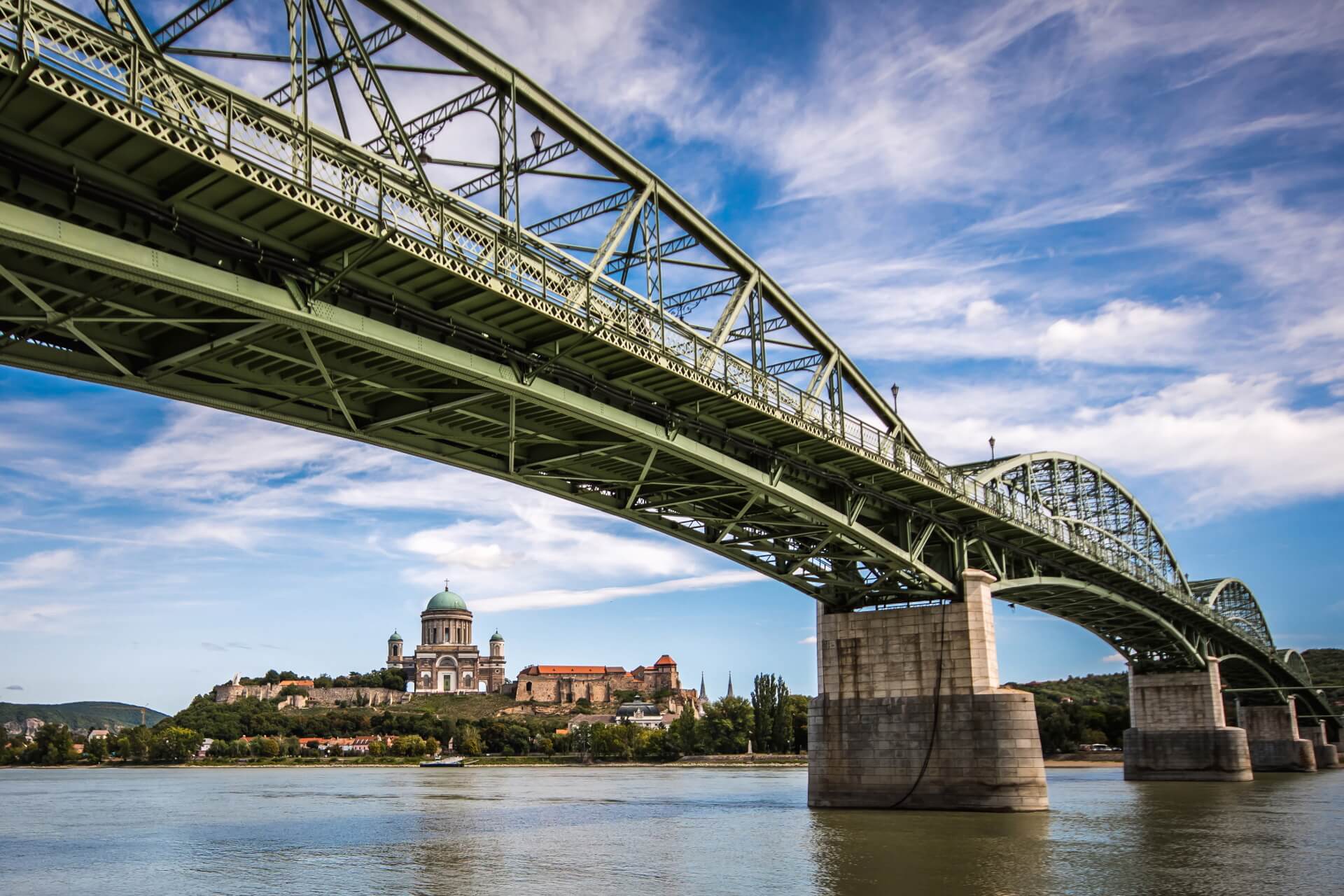 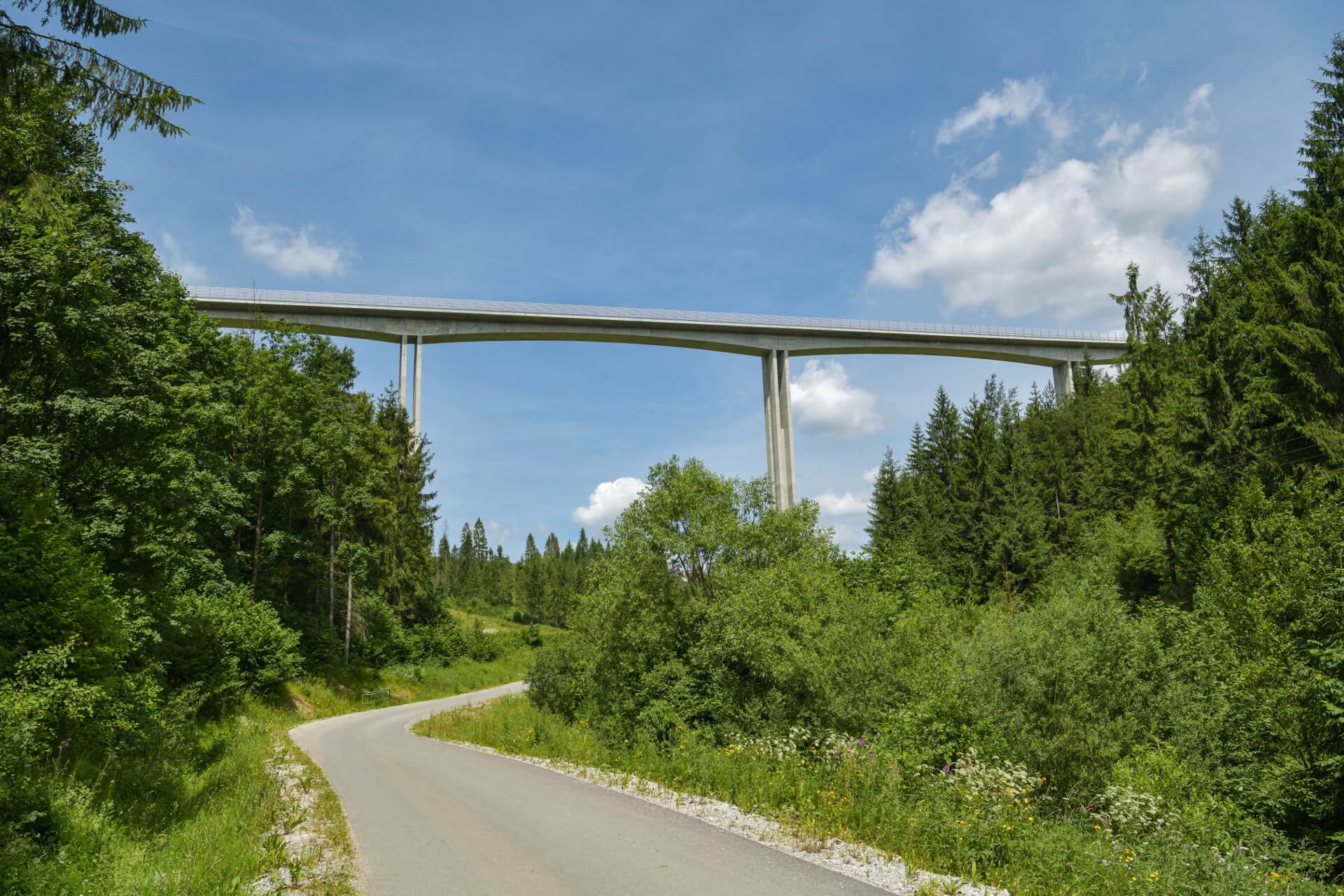 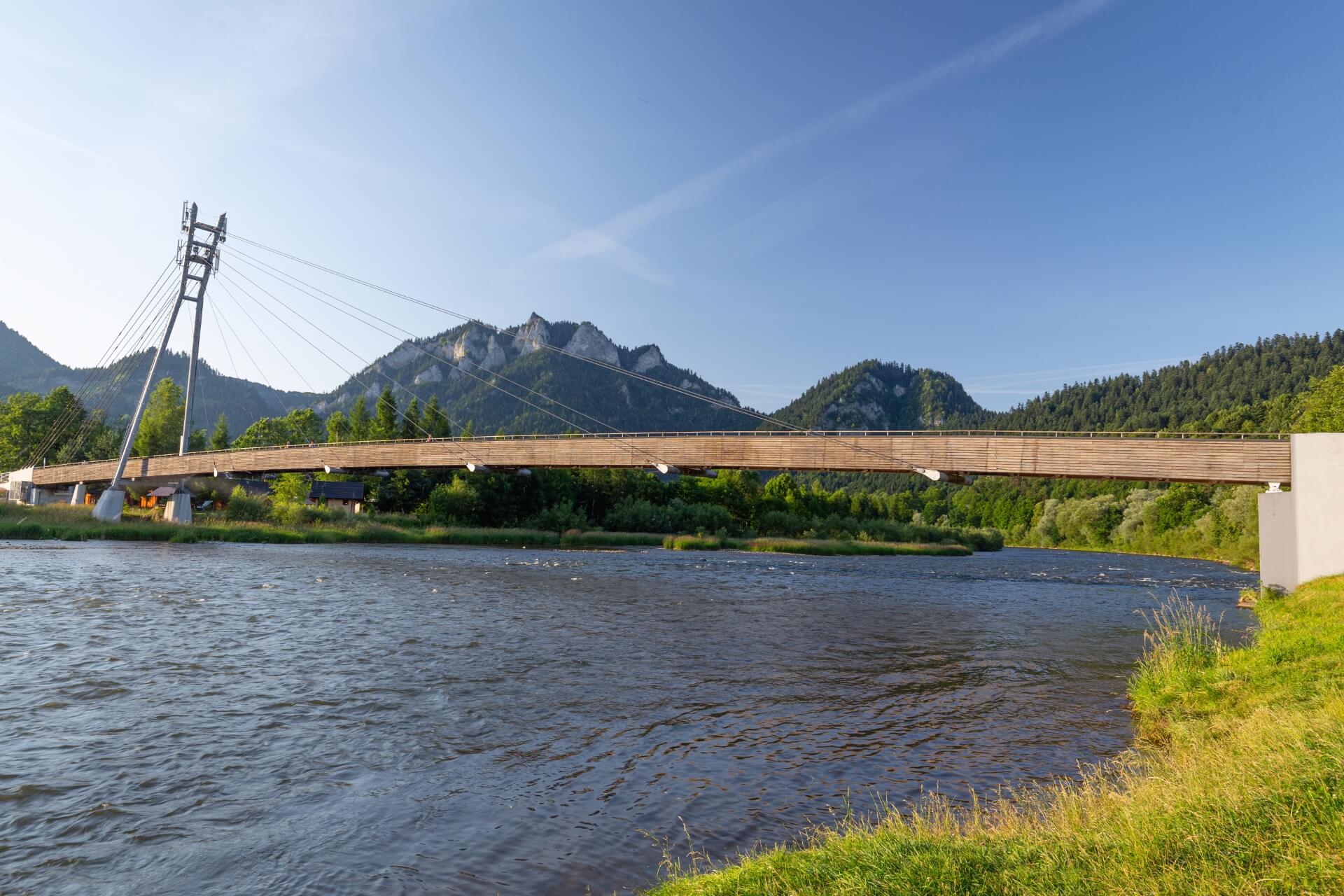 10. Viaduct in Hanušovce nad Topľou
With its imposing appearance of almost 390 metres of length, railway Hanušovce viaduct towering up to 40 metres above surface is the longest one in central Europe. Its total weight could be compared to 134 railway carriages and each bridge pillar has foundation deeper than its height. 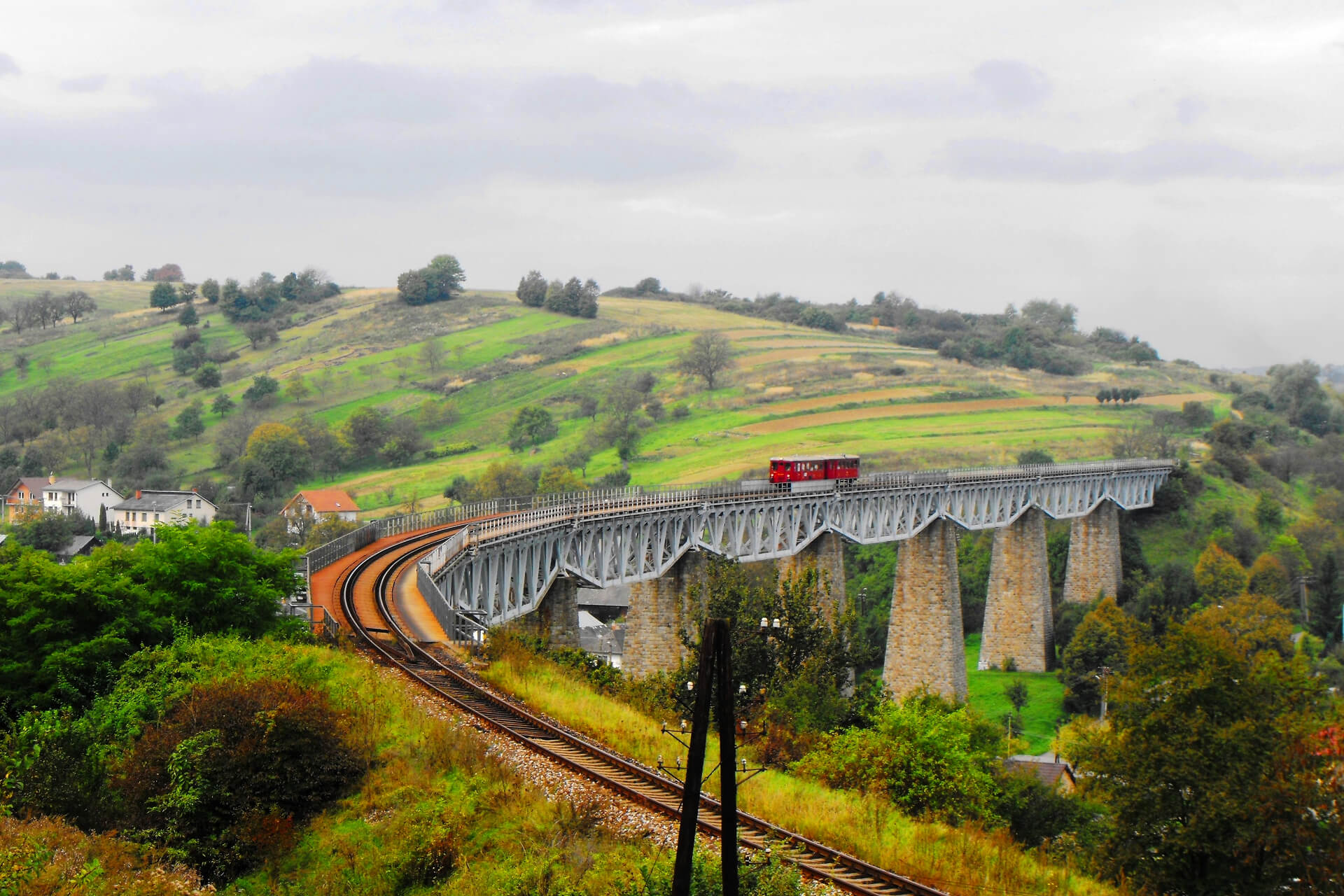 Slovakia provides many hidden treasures. Bridges are usually not common places of interest, however they belong to worthy attractions. Some of them are ranked amongst the world's top rarities. More than only ten of them deserve attention. Being in the vicinity of Telgárt, be sure you do not miss Kornel Stodola railway bridge, while in Spišský Hrhov you can admire local stone bridge. In Kráľová pri Senci you can find a charming fairytale-like bridge, visit of Piešťany would not be complete without seeing its Provincial Bridge. In Bratislava, Old Bridge cannot be overlooked and sightseeing Polár an ancient structure known as turkish bridge is a must. 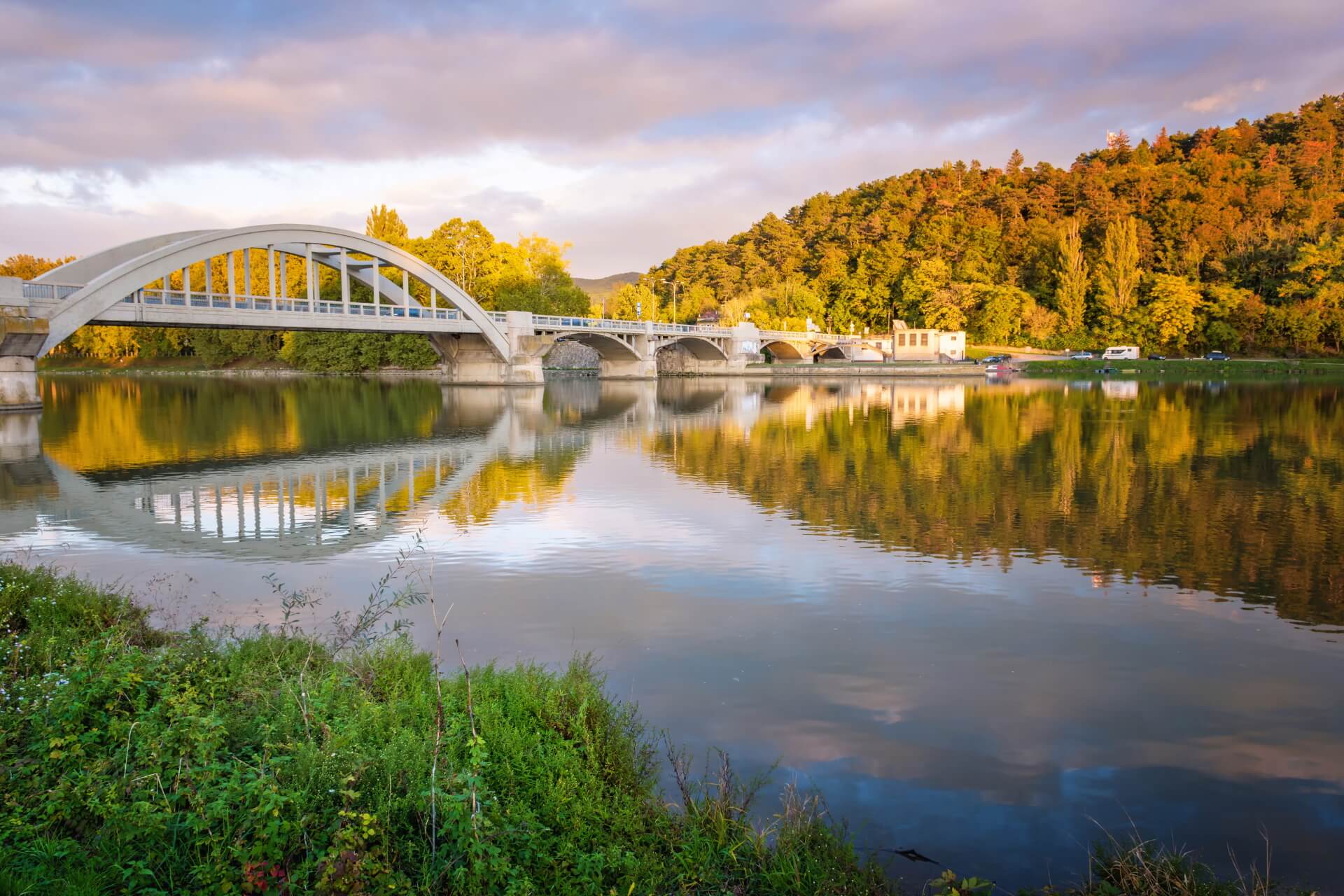 Bridges are a manifestation of indomitable human soul, a proof of ability of mankind to surmount barriers. They connect. They not only help to arch undulations, but also allow people on the opposite banks of river to come together. You will for sure see any while wandering through the country. Do not miss a chance to visit also less known nooks, still surprising enough. 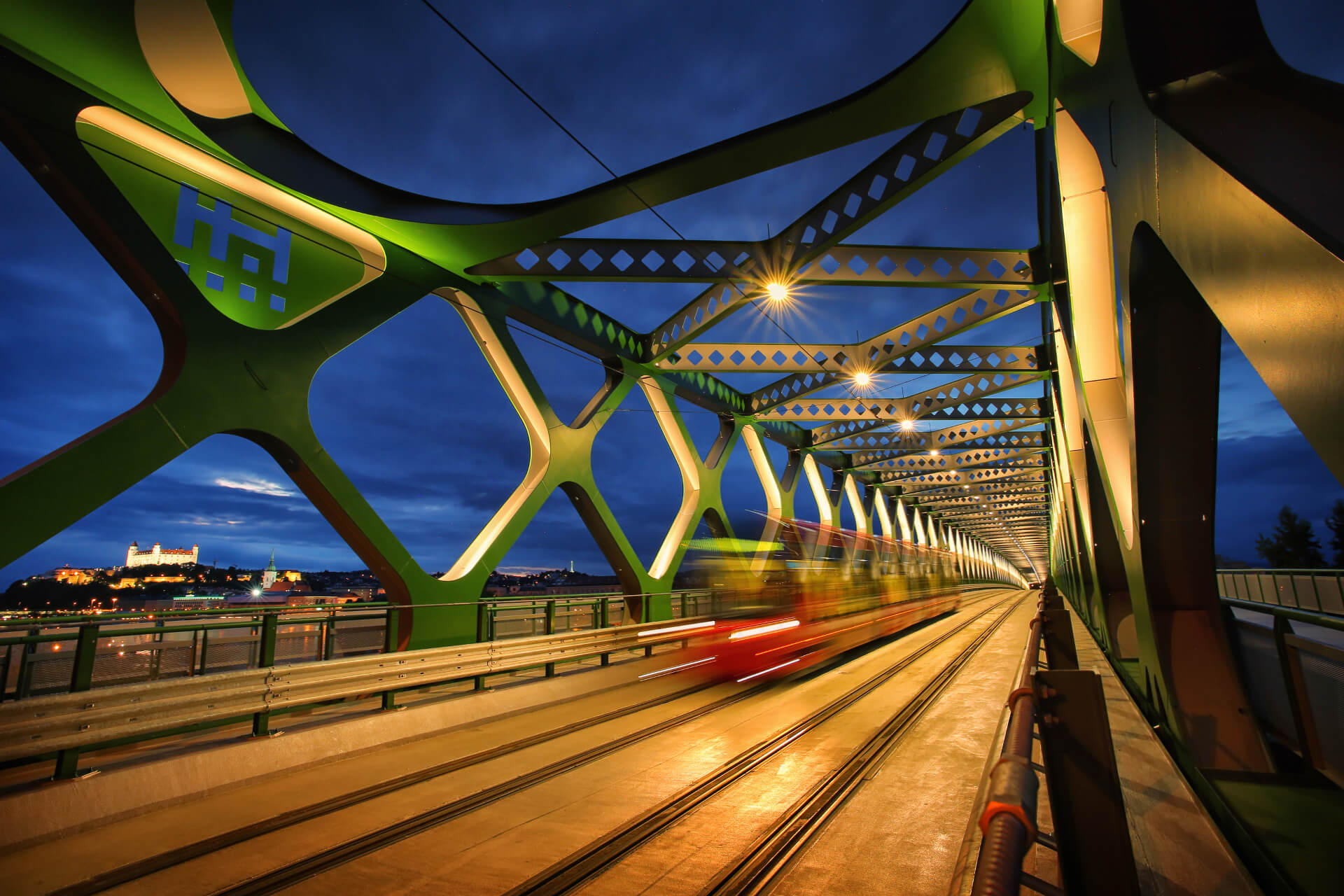 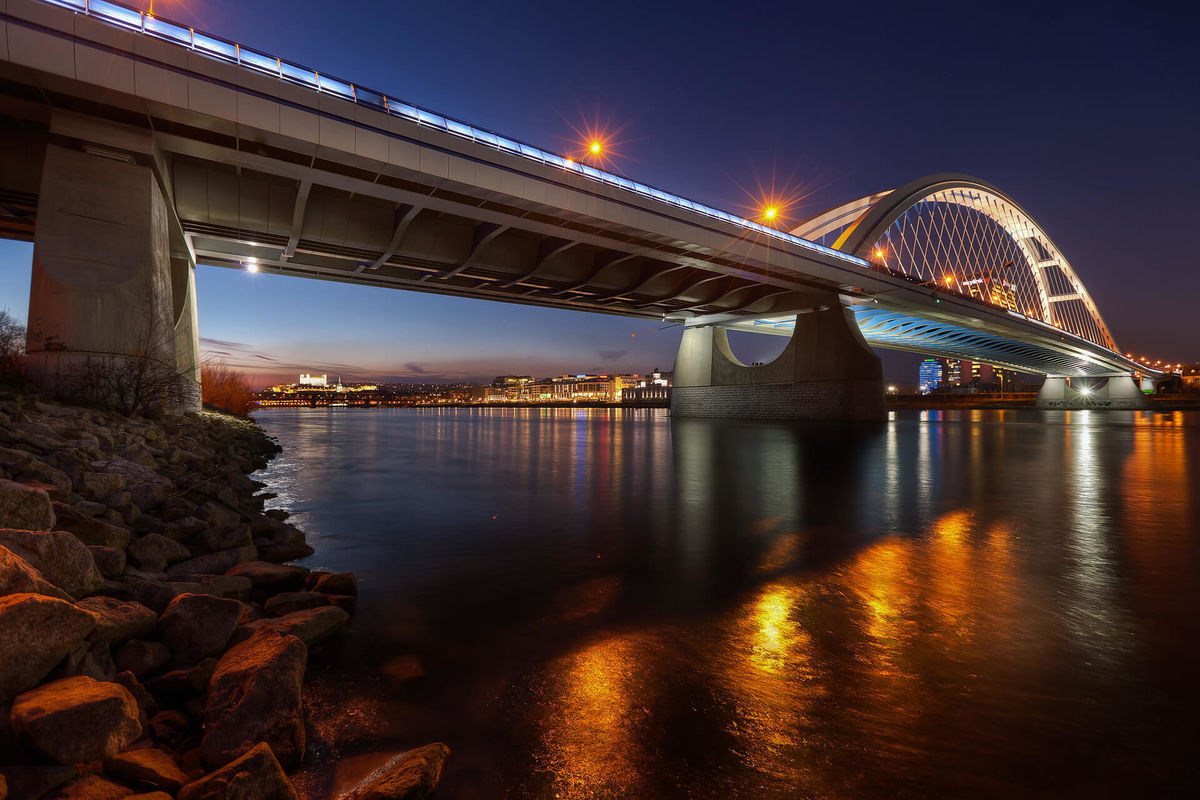 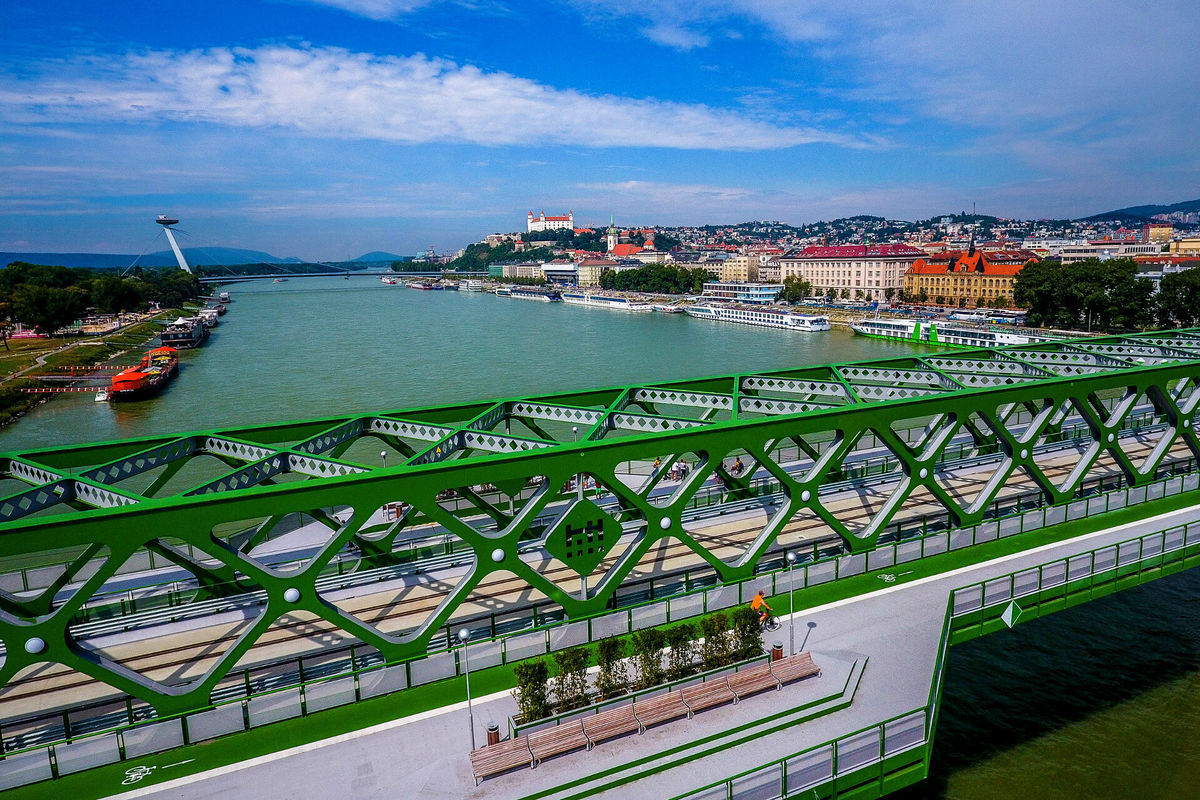 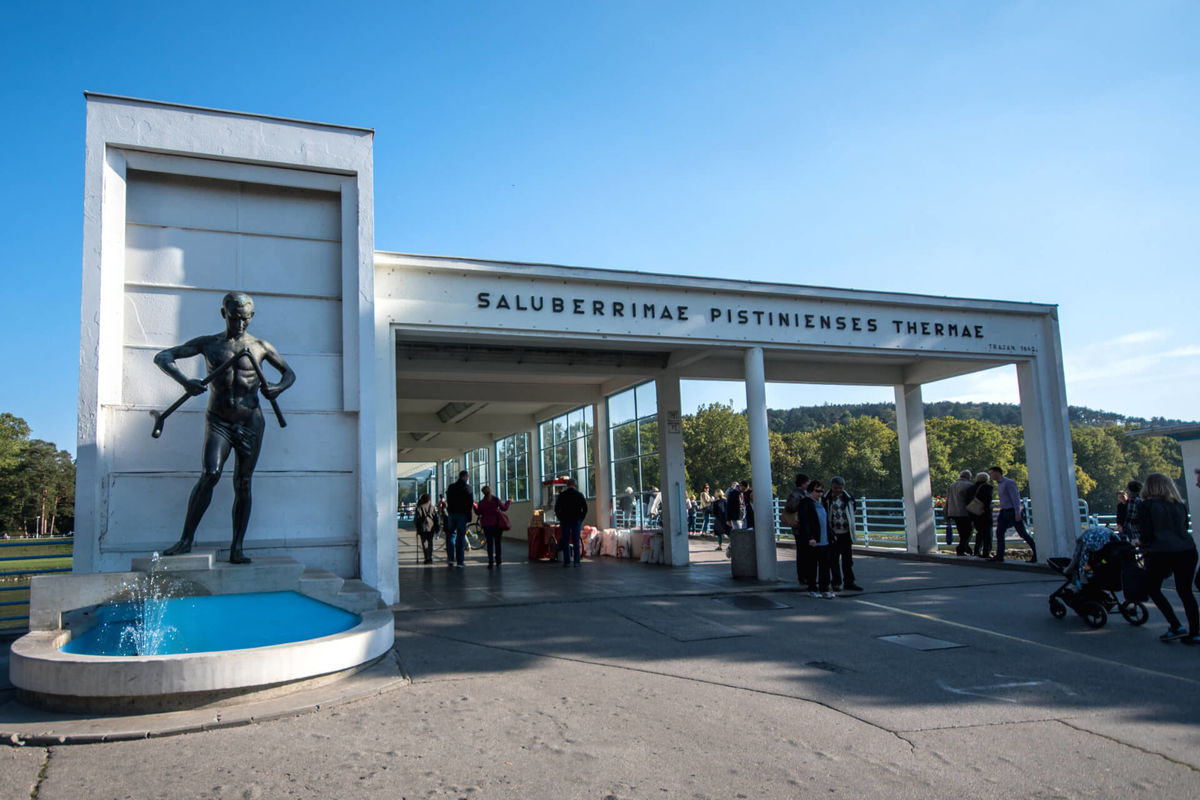 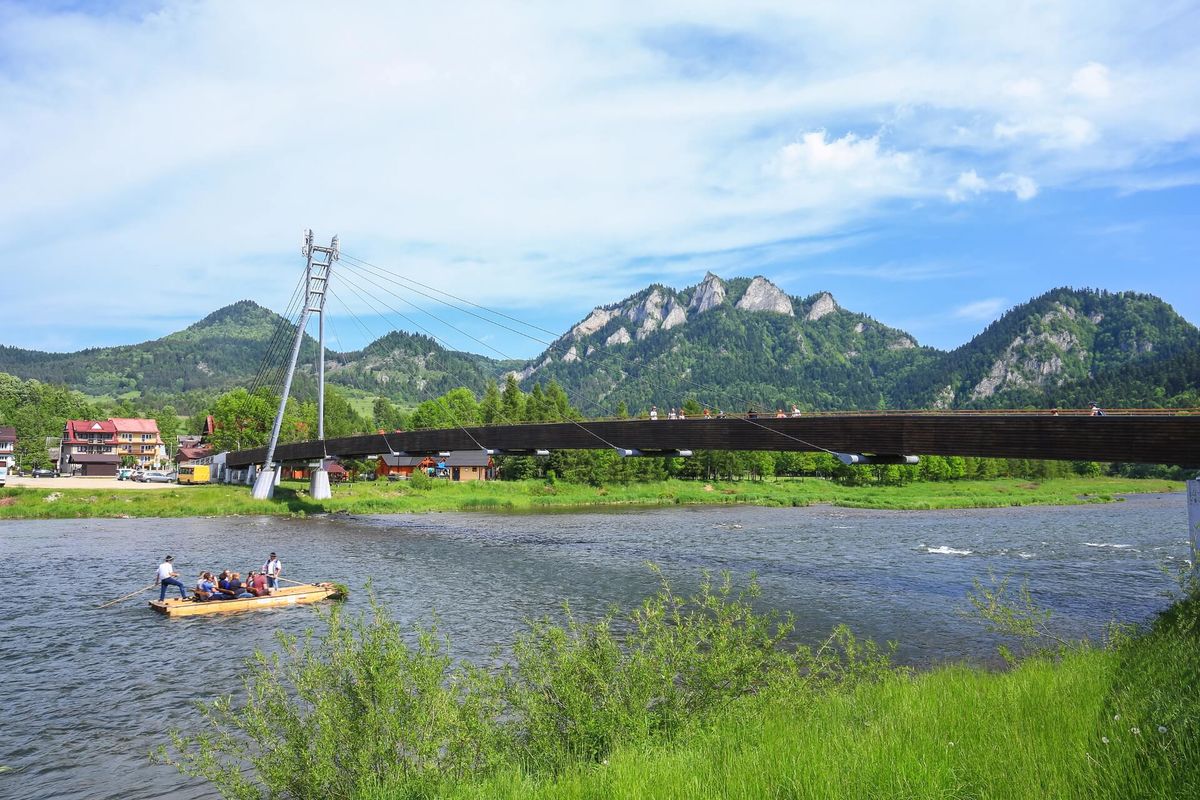 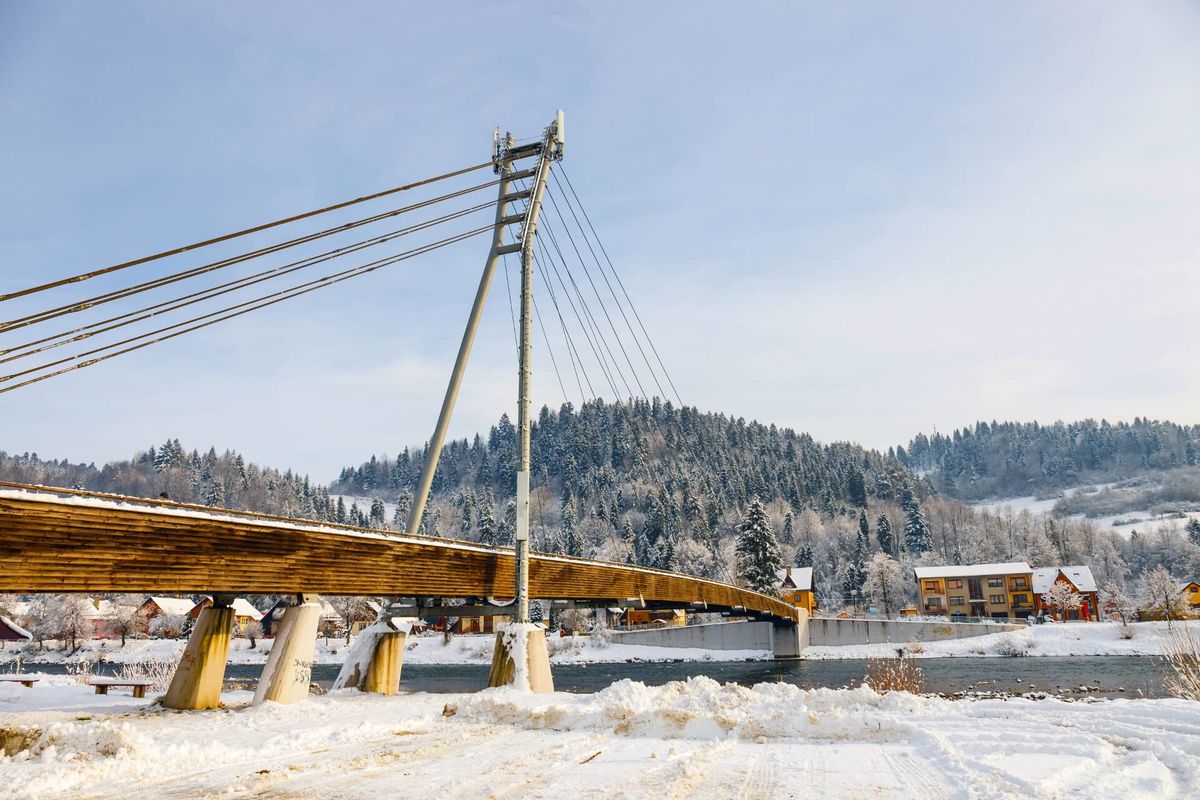