In 1319 master Kakaš donated the community of Lechnica to the friars of Skala (today Kláštorisko in Slovak Paradise) who built in the nearby valley of St Anton a Carthusian monastery. Because the buildings of the monastery were built of red bricks the people began to call it Červený kláštor (Red Monastery).

Červený kláštor is a unique cultural and historical relic set in the wonderful natural environment of Pieniny under the majestic mountain Tri koruny. The monastery was successfully restored in the years 1956-1966.

The monastic buildings are next to the church from the north. In the Baroque building some older Gothic features are recognisable. The remains of the Late-Gothic paintings on the walls of the monastic refectory date back to 1520. Červený kláštor associates with the name of Fray Cyprián who was known for his thorough knowledge of medicinal plants. The herbarium he compiled is included in the exhibition.

In front of the entrance to the monastery is the park declared the Protected Area of Pieninské lipy in 1972. It protects 19 old and valuable lime trees. 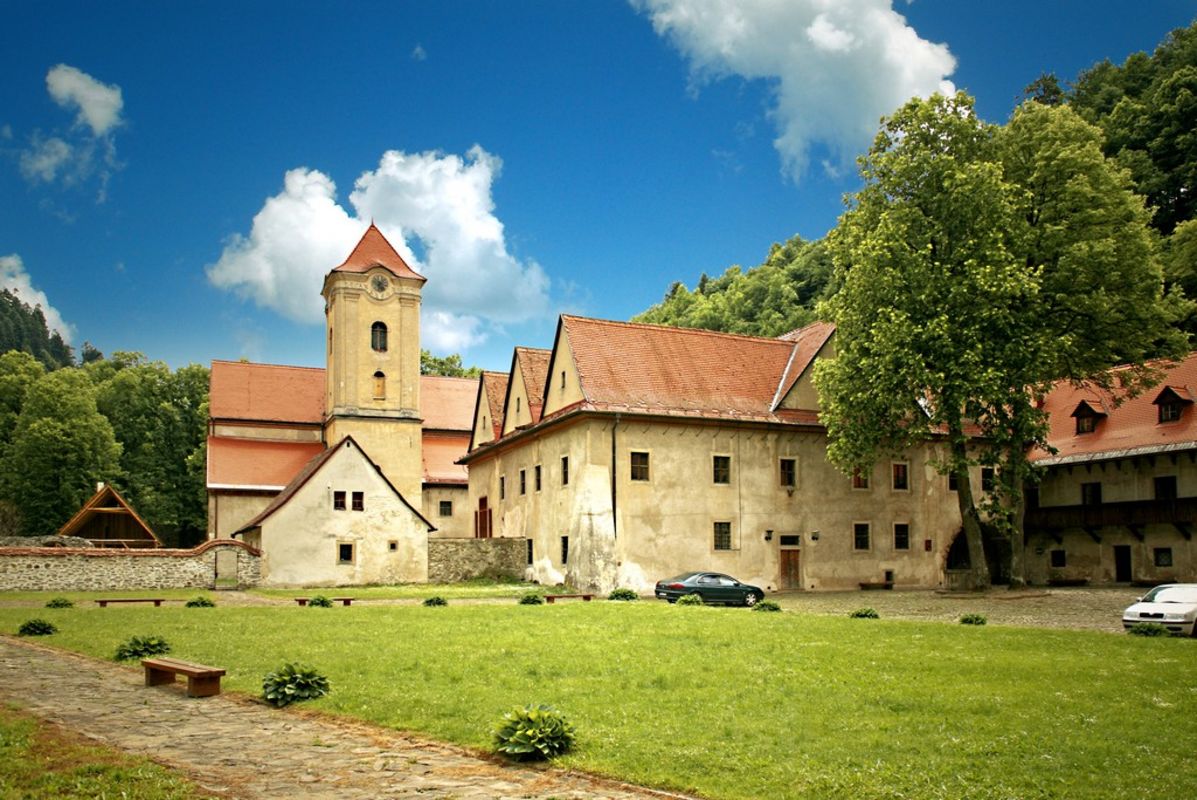