The Protected Land-scape Area Kysuce lying in the far north-west of Slovakia is the world of hamlets, a unique narrow-gauge railway and mysterious stone balls.

The Protected landscape area Kysuce was designated in 1984 on an area of 65,462 ha. Administration of the PLA seats in town Čadca. The territory of the PLA Kysuce consists of two independent parts: the westerly part in the mountains Javorníky and the easterly in the mountains Beskydy.

Stone balls are special natural phenomena in the Javorníky part of the PLA - mysterious natural  creations of sandstone and conglomerates whose origin has not been explained yet. The biggest one (in the picture) has the average of approx. 260 cm. Two locations with the occurrence of stone balls were declared to be protected in the category of natural reserve (NR Klokočovské skálie) and natural monument (NM Megonky).
Another natural phenomenon is a natural monument Korňanský ropný prameň. It is a rare natural headspring of crude oil in Slovakia, accompanied with irregular headspring of natural gas - methane.

A site attractive for tourists - the village of Vychylovka with an open-air museum and unique narrow-gauge forest railway is situated in the eastern part of the PLA in the Beskydy mountains. 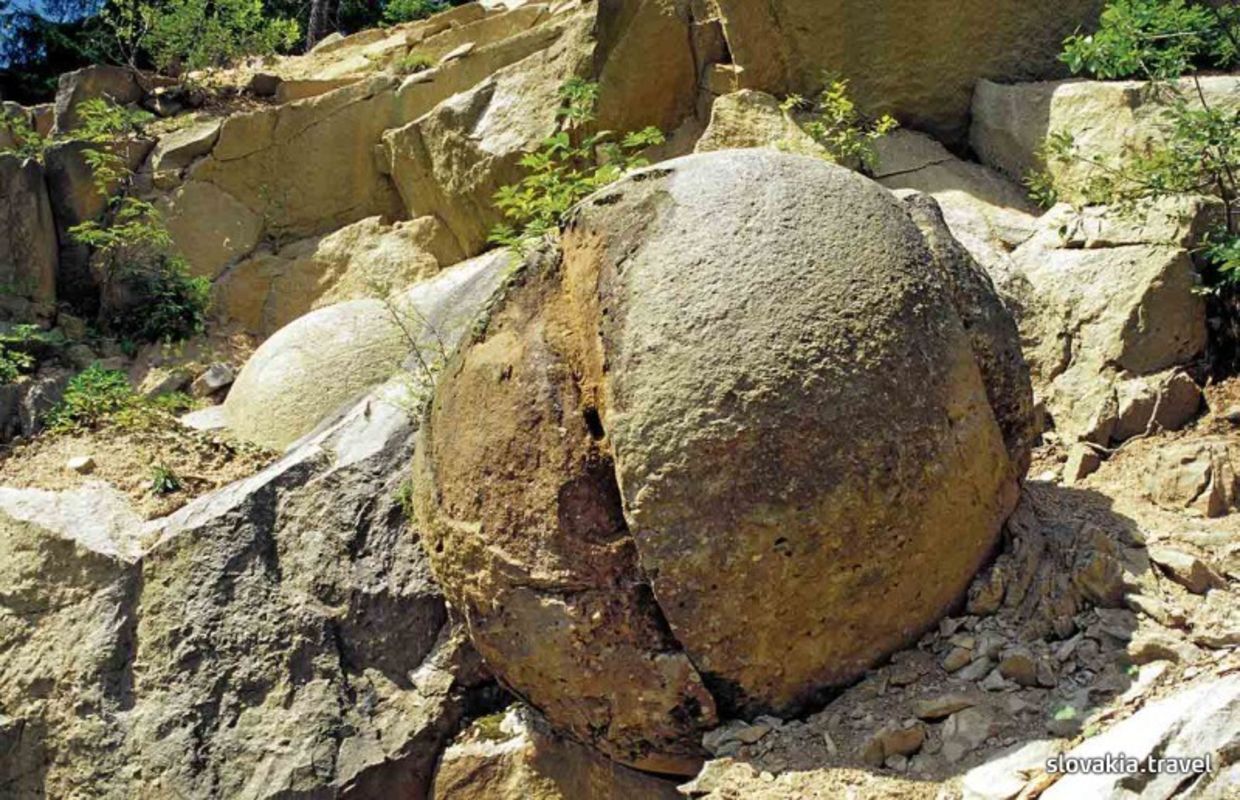