Ice hockey artistry in an ice hockey city. Allstar players from four elite hockey leagues meet for the first time in Slovakia's capital. On February 17th, Bratislava, as the host city, shall welcome the best of the best to present their mastery in front of the spectators at Ondrej Nepela Arena.

All Star Cup will be a truly unique event that has no match in Central Europe. Following two successful All Star events in Slovakia, here it comes again, this time its slightly more original and international version. All Star Weekend is changing from a local exhibition into a regional event with international turnout of hockey teams from four countries. This exhibition promises an interesting hockey derby among the Slovak, Czech, Austrian and German league in a popular 3 on 3 overtime format (2 periods of 15 minute games).
The matches will be played in Ondrej Nepela Arena right in the city centre of Bratislava. The organisers have promised to establish a huge fan zone outside the arena offering interesting programme starting as early as at 1 p.m. Alongside the trophy cup, the exhibition winner will take home a subsidy in the value of EUR 25,000.

12:00 FanZone Opens
12:00 - 20:00 Attractions and activities for kids in FanZone
13:10 - 14:30 Live stream of Slovakia - Slovenia match from Winter Olympics in Pyeongchang with music band Gladiator during breaks in FanZone
13:30 Austria - Czechia
14:30 Germany - Slovakia
15:30 Germany - Czechia
16:00 Music Band King Shaolin in FanZone
16:45 Opening ceremony in arena, on big screens in FanZone
17:00 Slovakia - Austria, on big screens in FanZone
18:00 Austria - Germany
18:00 Music Band Peter Cmorik in FanZone
19:00 Slovakia - Czechia, on big screens in FanZone
19:50 Closing ceremony on big screens in FanZone
20:00 Closing ceremony
In 2018, All Star is transforming from a local exhibition into a regional event with the international participation of four countries’ hockey teams. This exhibition promises an interesting hockey derby between the Slovak, Czech, Austrian and German league. Bratislava will welcome the best of the best who will show their ice hockey mastery in front of the spectators at the Ondrej Nepela Arena. The fans of quality hockey will really enjoy this extraordinary exhibition. Some accompanying events, a rich cultural program, concerts, contests and lots of attractions will be prepared for them.
The idea to organise a regional All Star event hosting leagues from neighbouring countries was born at the beginning of this year. Playing a 3 on 3 tournament, round-robin, the rules are quite simple. The matches will last 2 x 15 minutes and each team will have 12 skaters and 2 goalies. After the last match the table will show the placings. Each league club will be represented by at least one player and simultaneously the maximal number of foreigners in each league draft is set to be seven. 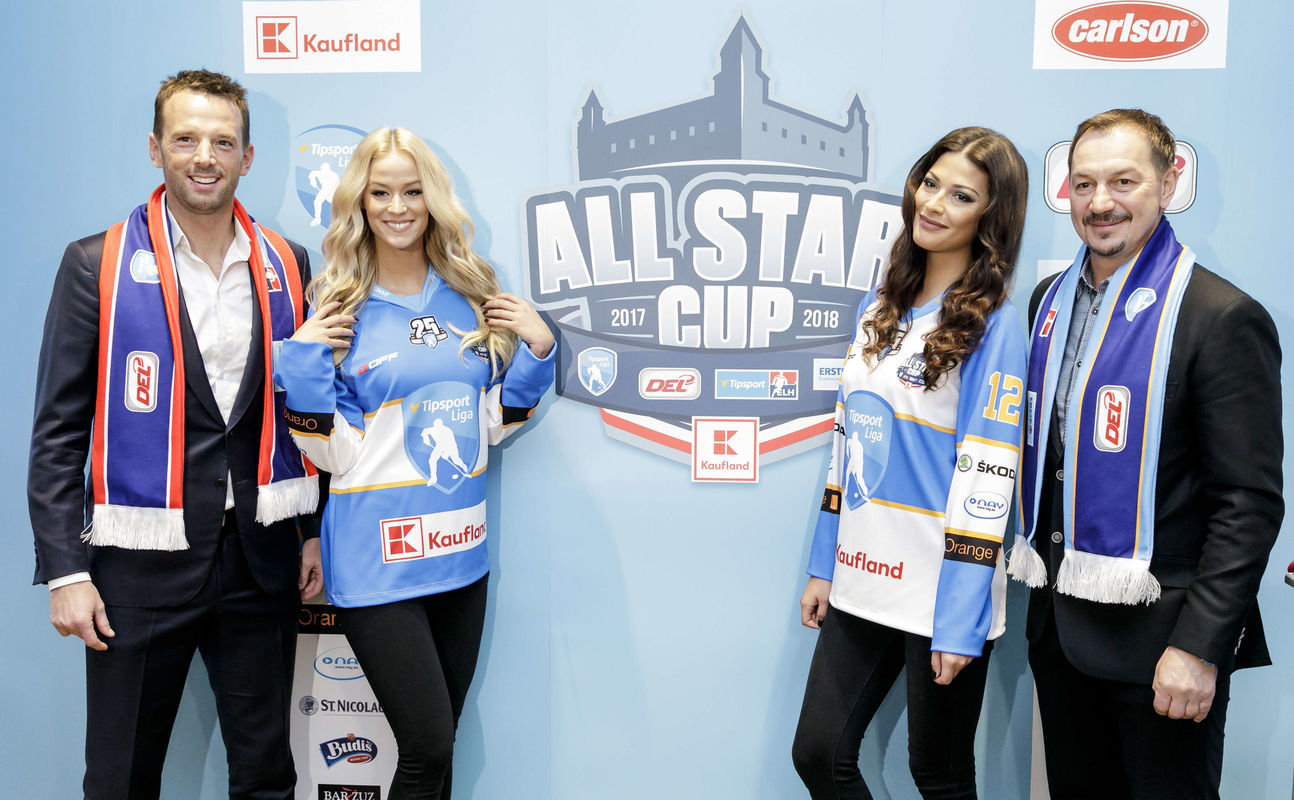