The biggest town of central Pohronie is ZVOLEN. Its situation is advantageous in terms of transport as it lies on the crossroads and railway routes of national importance, with the Sliač international airport in its vicinity.

The oldest written reference to the settlement of Zvolen existing below the castle is from 1243. Importance of Zvolen grew after the fortified royal castle, which is now the Zvolen Castle, was built in its vicinity in the years 1370-1382. Trade and crafts thrived then too. In the second third of the 17th century, under the threat of the Ottoman attacks, the system of fortifications was built around Zvolen which determined the ground plan of the town including its unusually spacious rectangular square.

The dominant sight and a symbol of Zvolen is the Zvolenský zámok Castle. Today the Zvolen Castle houses the Slovak National Gallery presenting a valuable collection of Gothic and modern art. Since 1974, outdoor professional theatre festival called Zámocké hry zvolenské is held in the castle courtyard every summer.

North of the Castle is the Námestie SNP square with rectangular ground plan, one of the largest in Slovakia. Its dominant feature is the isolated building of the Roman-Catholic parish Church of St. Elizabeth from the end of the 14th century. The typical panorama of the square is accentuated by the Lutheran St. Trinity Church from the 20th century and high verdure of the Ľ. Štúr`s Park. The dominating feature of the eastern part of the town centre is the model of the Hurban armoured train as a memorial to the Slovak National Uprising which is  situated in the park between the Castle and railway station. It was manufactured in 1944 in the railway workshops of Zvolen.

If you want to see the oldest historical monument of Zvolen you have to abandon the centre and go to the area of the Pustý hrad castle standing on the slope of a partly forested hill in the Javorie Mts. 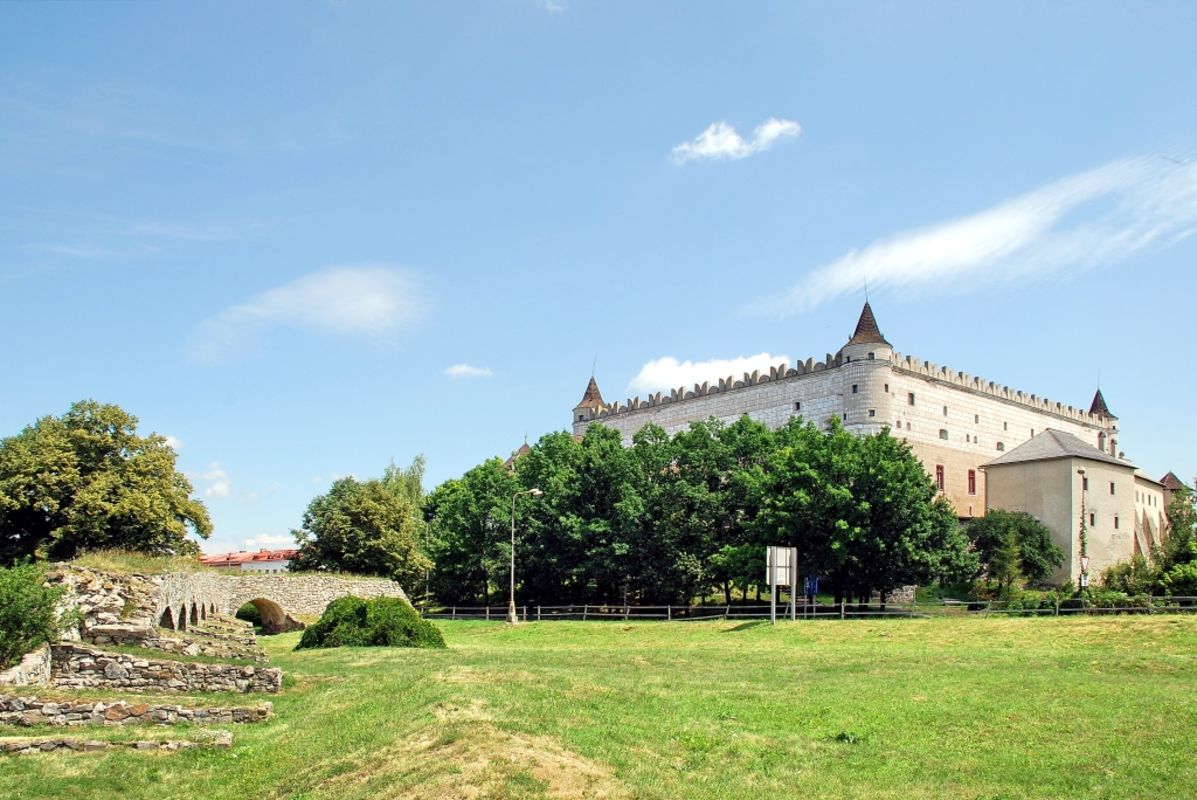 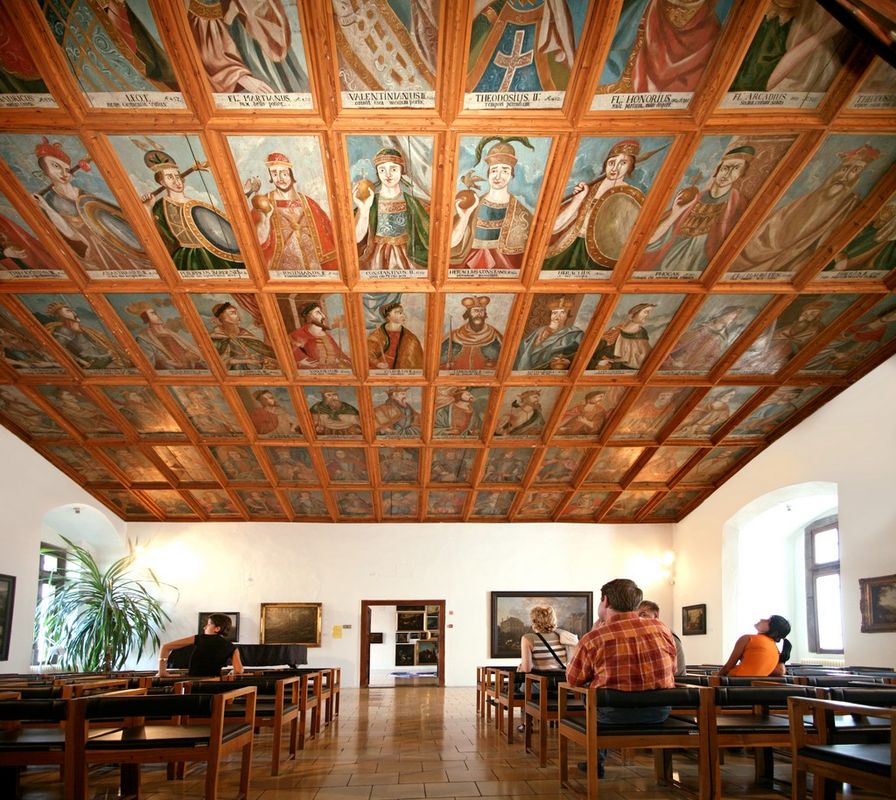