The town of VEĽKÝ MEDER is located on the southern tip of West Slovakia, on an international road transport route 10 km from the border crossing in Medveďovo. It lies in the Podunajská nížina lowland, in the south-eastern part of the Žitný ostrov island on its elevating quaternary core.

VEĽKÝ MEDER (9,113 inhabitants) has become known because of the thermal swimming pool. According to the experience of doctors, the chemical composition of the geothermal water has a positive effect on the treatment of articular and spinal diseases and muscle weariness and generally helps upon the body regeneration. The hottest thermal water spring in the territory of the Slovak Republic with the temperature 92°C has been drilled here.

There are no exact data on the foundation of the town; however, the place was settled as early as during the Migration Period and according to a legend,  the town got its name from the Árpád`s army leader Meger who settled with his people in what is today the Žitný ostrov island. The first written mention of the town is from 1268, from King Béla IV in a deed in which it is mentioned as the property of the Komárno castle comitatus under the name VILLA MEGER.

In 1421, King Sigismund exchanged Veľký Meder with Stephan and Jan Kanozsay for other estates; however, in 1460, it became part of the Komárno estates again. From another King, Matthias II, it got the privilege that had the form of exemption of the inhabitants from toll and fees. The town was also invaded by the Ottoman Turks. In 1702, there was a fire that destroyed almost the whole town. The Town Hall was burnt down and many precious historical documents were destroyed. In 1710, the town was haunted by the plague and in 1831 by cholera.

In the period of the Hungarian fight for independence, the town was in distress due to  the provision of supplies to the armies and in the autumn of 1849 the cholera broke out again. In the end of the 19th and early 20th century, several guilds were established. The most famous one was the Weavers` Guild. In 1920, there were printing works in the town too. During the World War I there was a war prisoner camp in the town in which 6 thousand Serbian prisoners perished.

The town offers plenty of historical, cultural, and architectural monuments. The Town Hall, late-classical Roman-catholic Church, dating back to the first half of the 19th century built on medieval  foundations or late-classical manor house from the mid-19th century are certainly worth visiting.

Other important town monuments include the cemetery of Serbian soldiers with mass graves reminding us of the horrors of the World War I and a memorial to the victims of the World War II that was unveiled in 1991 in the námestie Hrdinov square.

Since 1973, the town has a thermal swimming pool with hot water that got to the surface thanks to drill holes. During the summer season, the Termalpark Veľký Meder offers you services in four pools and all-year-round in a combined in-door swimming pool. A new in-door complex offers in addition to a pool also sauna, children`s pool, a jacuzzi pool, café and spacious dressing rooms. The whole swimming pool complex is situated in a forest park that is a great place to go for a walk.

In the vicinity of the town there is the Gabčíkovská priehrada dam that offers you the possibility of a cruise on a boat. The town is a starting point of the instructive path Čičovské mŕtve rameno channel. 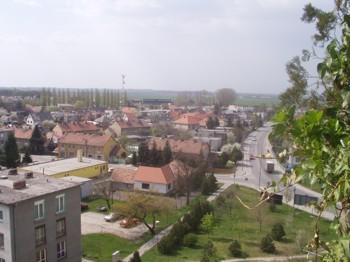 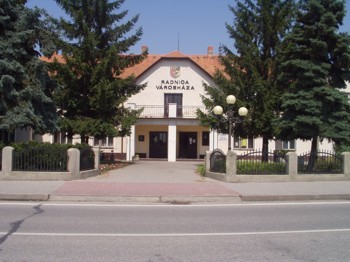 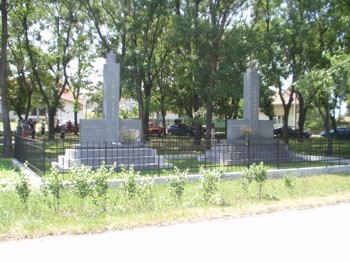 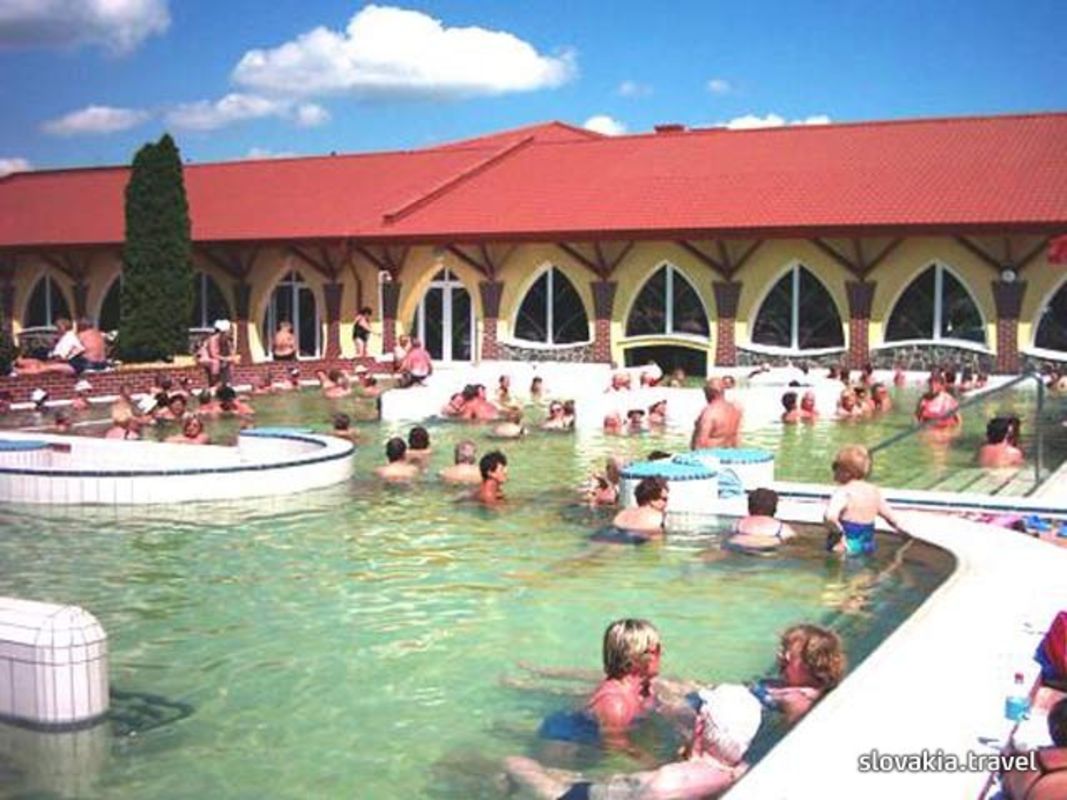