The seat of district administration TOPOĽČANY has not got such a rich history as Nitra, nevertheless it also possesses structures worth to see.

TOPOĽČANY (population 28,414) is now the economic centre of the northern part of region  Ponitrie with the dominating food-producing industry. The town is known above all for the beer Topvar, that has won several international prizes.

The first written reference to the settlement in the territory of Topoľčany is from 1173. It was part of the royal property and in 1342 the King Charles Robert promoted it to royal borough. The town was granted the right of storage and toll collection and it had a mail station on the imperial-royal road Via Magna, which was finished in 1550 as one of the longest mail and transport communications in the Kingdom of Hungary. It connected Vienna with Košice, Debrecen and Sibia in Romania.

The Baroque church of Topoľčany from 1740 was reconstructed in 1779 and finished in 1802. The manor house in near Tovarníky built in the mid-18th century on the foundations of an older Renaissance building from the beginning of the 17th century surrounded by park is also in the Baroque style.

The modern symbol of Topoľčany is the beer Topvar, one of the best Slovakian beers.

The Považský Inovec Mt. is the recreation hinterland of Topoľčany with the most frequented area of the Duchonka, Tesáre and Nemečky water reservoirs offering bathing, water sports and fishing. 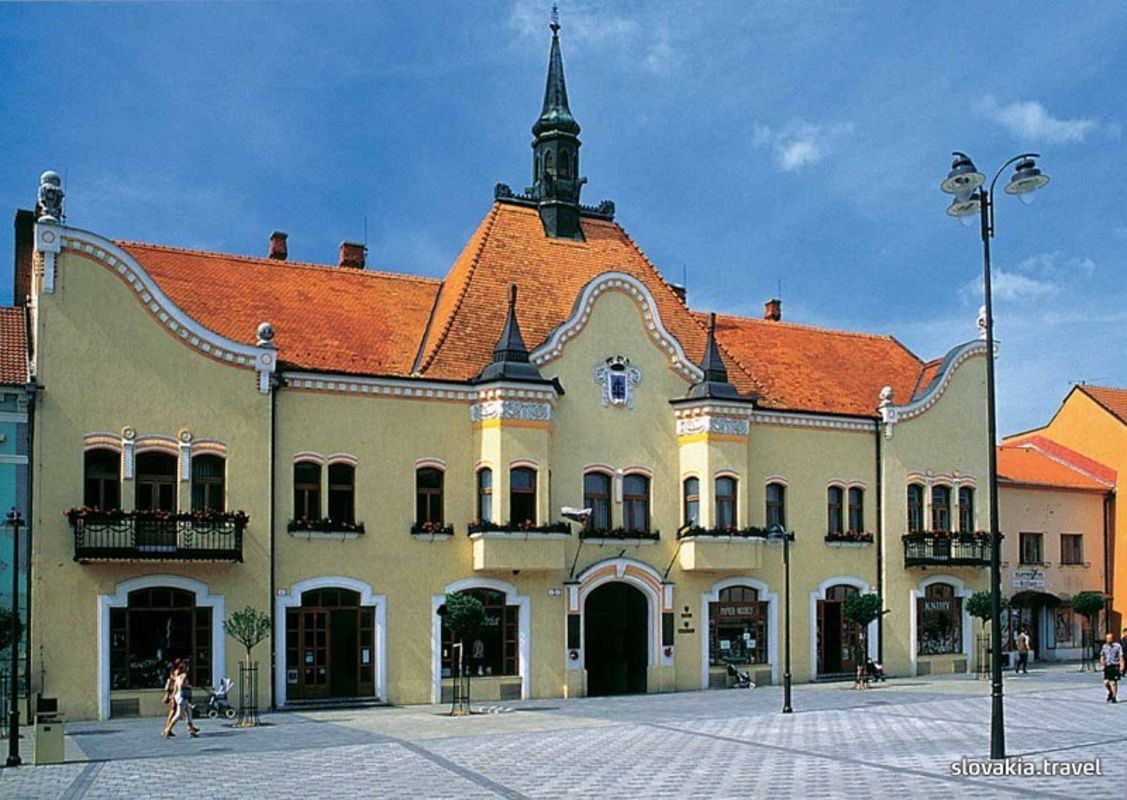