In oder to restore and develop the tradition of mining customs, the autumn in picturesque historical mining village of Špania Dolina is every year enliven by a very special feast. A time has come for to celebrate a Shaft Day.

In the Middle Ages, Špania Dolina and the entire region were among the richest in the world. A significant mining expansion in first half of 16th century thanks to the Thurzo-Fugger Copper Company can undoubtedly be described as the golden age of the mining trade in Špania Dolina. The village has become famous throughout Europe thanks also to the copper cups from Špania Dolina, which were wrapped in the mysterious "transformation from iron to copper".
In the period from the 15th to the 17th century, copper from Špania Dolina became a popular commodity on the world markets of non-ferrous metals. It constituted the basic material used at the mint in Kremnica and was exported not only to the whole of Europe but also to North and South America, and even to India and China. Even today the glorious history of Špania Dolina and the great spirit of human endeavour here is visible.
The social and cultural life in the village is very rich and diverse. It is influenced by local traditions and habits which are passed down from generation to generation. During the course of every year several events of local importance are held in the village. Though some of them bring in foreign visitors, too.
Annually, a great feast known as Shaft Day is organised by Mining Brotherhood Herrengrund on the Day of the Miners. The Shaft Day or “šachtág” in Slovak is also the commemoration of St Clement, the patron saint of miners at the ceremonial holy mass in the old local Roman Catholic Church of the Transfiguration of our Lord as well as at the celebration in the mining inn in Špania Dolina. The origin of this event dates back to the 17th century and is based on students' traditions from the venerable Mining Academy in Banská Štiavnica and its graduates' first day working in the mines.
The Shaft Day is in general a ceremonial meeting of miners, which is held on the occasion of significant events, to honour distinguished guests, on the occasion of life jubilees of the mining rank representatives or on some other ceremonial occasions. The presidential table always includes the most significant mining rank representatives and the most significant guests. The Shaft Day is directed by the beer act, which is valid for the participants regardless of their social positions. Candidates to enter the mining rank have to wait for orders from the presidential table with prepared glasses of beer. Jump over a piece of leather requires also an appropriate physical ability. Before the jump over a piece of leather, the candidate is obliged to strengthen himself with a glass of beer.
After the ceremony participants go to the church to thank St Clement, the patron saint of miners, for happiness and health. During the ceremonial Holy Mass, specific official traditions in the spirit of secular history are maintained. The celebration continues with the ceremony of acceptance of new members to the local association of mining. And the final stage is conducted in accordance with the beer law. In the mining inn on the central square in Špania Dolina a party takes place in the presence of invited guests. The insignias by which the service of men in the uniforms of the Brotherhood is still served are from 1701. 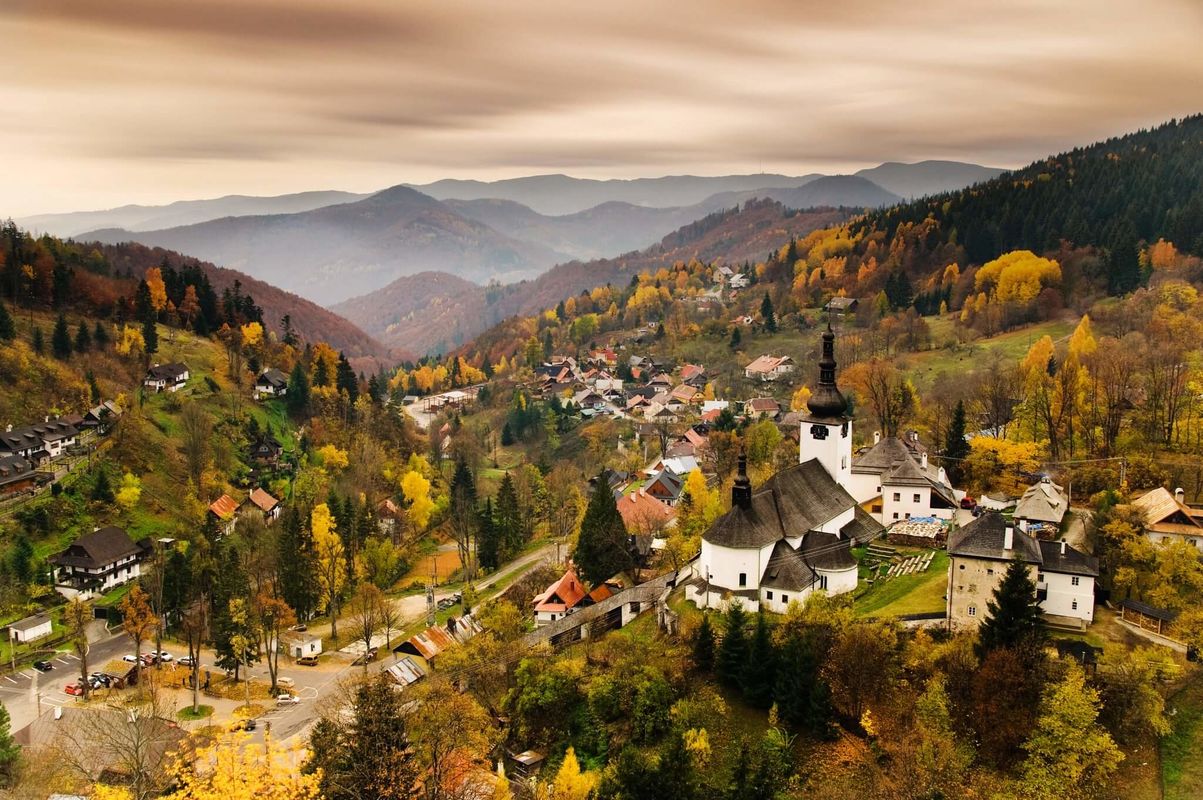 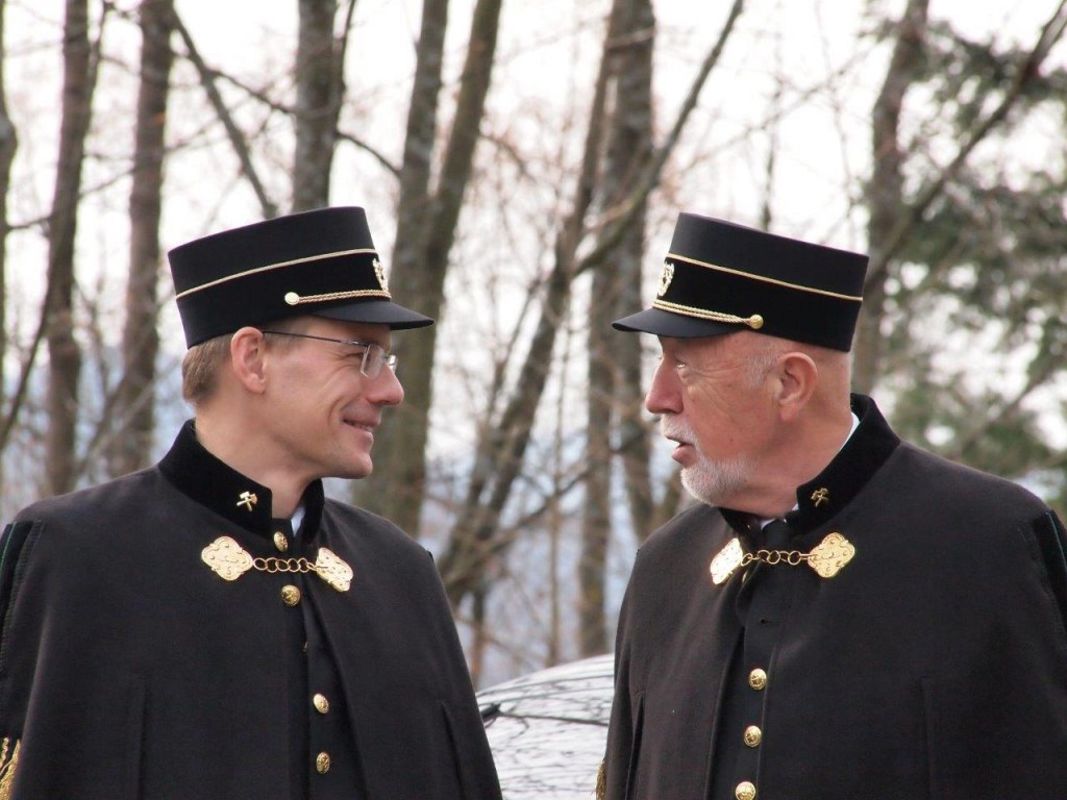 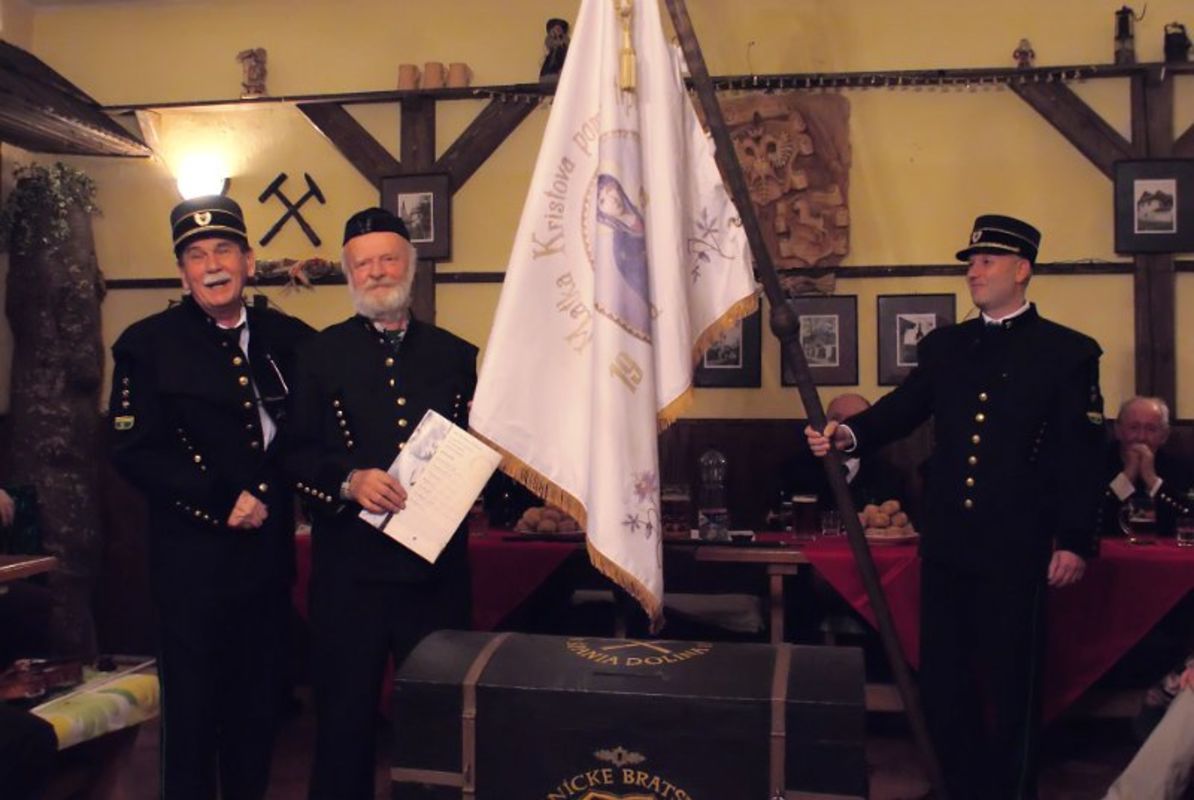 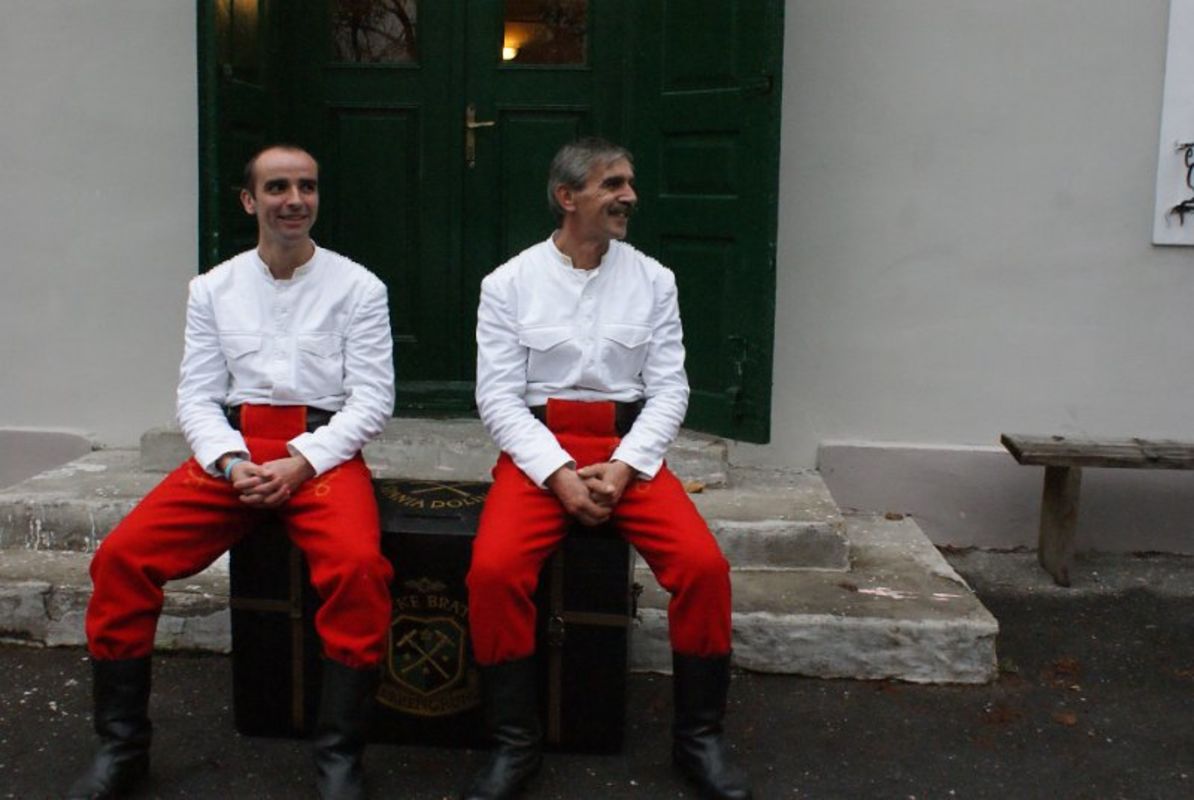