The commune ŠTIAVNICKÉ BANE lying in the middle of Štiavnické vrchy mountains originates from an association of several original mining hamlets. Several local houses, and above all the mountain lakes called tajchy are reminders of its mining past.

Most of the artificial lakes were founded in the 18th century to designs of the local scholars J. K. Hell and S. Mikovíni. Through a sophisticated system, the lake water was transported to mines where it drove the water wheels and mining facilities.

The dominant of the commune is the monastic compound with a church from the18th century. In its Baroque interior a remarkable Rococo organ with statues of miners is of interest to visitors. 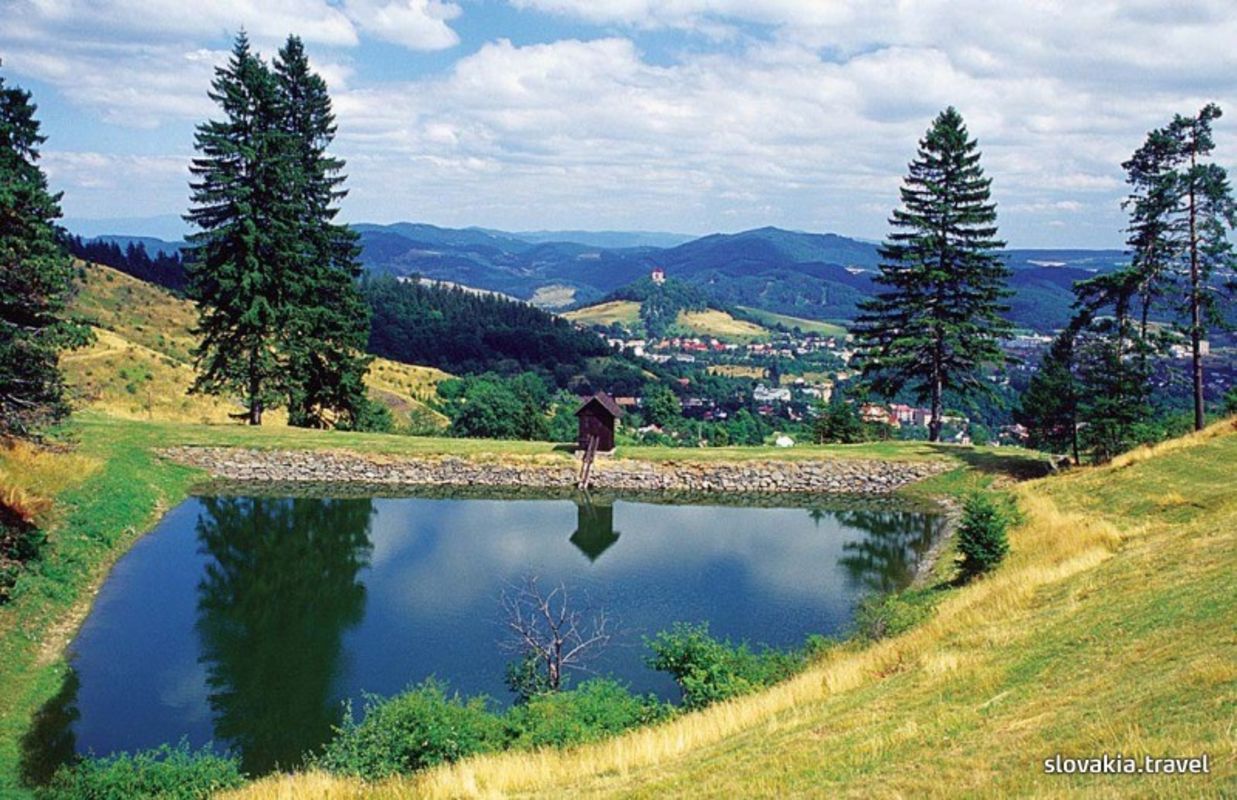