Spišská Sobota is historically the biggest urban district of Poprad. Spišská Sobota represents one of the best preserved medieval urban units in Slovakia.

Its core is a triangle-shaped square bordered by a row of burgher houses built on narrow medieval plots. The typical trait of the burgher houses in Spišská Sobota are tall shingled roofs with massive shingled cornices. They can be seen, for instance, on the houses of the tanners at the north-eastern end of the square.

The Roman-Catholic church of St George built before 1273 in the Late-Romanesque style, was rebuilt in the Gothic style in 1464. The church contains five Gothic altars. The Late-Gothic wing altars of St George and St Anton were installed in the years between 1503 and 1520 in the workshop of Maestro Pavol of Levoča.

Near the church stand a Renaissance belfry from 1598 and a Baroque statue of the Immaculate from 1772. In a small park nearby, a corn gauge can be seen as a single memory of the famous markets held in Spišská Sobota.

The isolated building of the town hall was originally a Late-Baroque palace dating from the last third of the 18th century. The Evangelical church was included into the row of houses around the square in 1777. In its interior, the valuable altar painting of Christ on the Mount of Olives from 1852 can be admired.

The marble tablet informs that King Matthias Corvinus has spent night in the house which bears it. Spišská Sobota today is the favourite stop of tourists who can have a tasty meal in one of its stylish restaurants, or overnight in local wonderfully restored boarding houses. 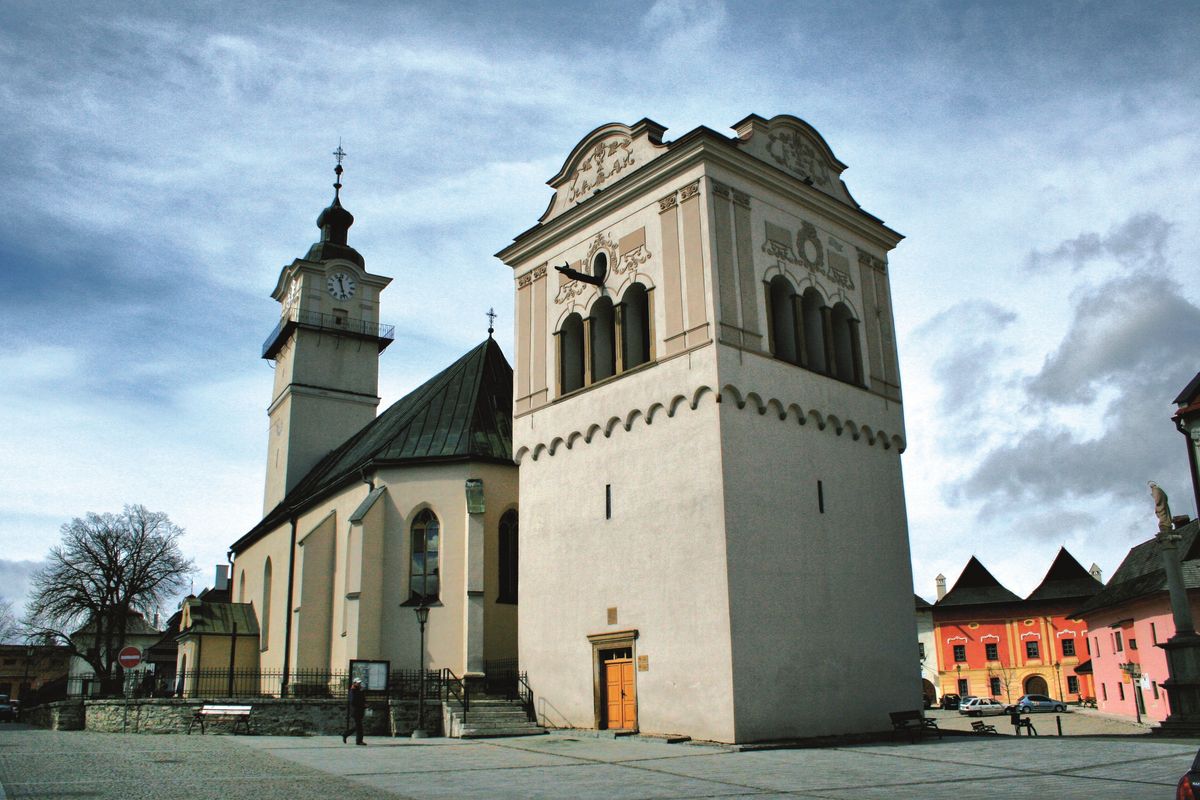 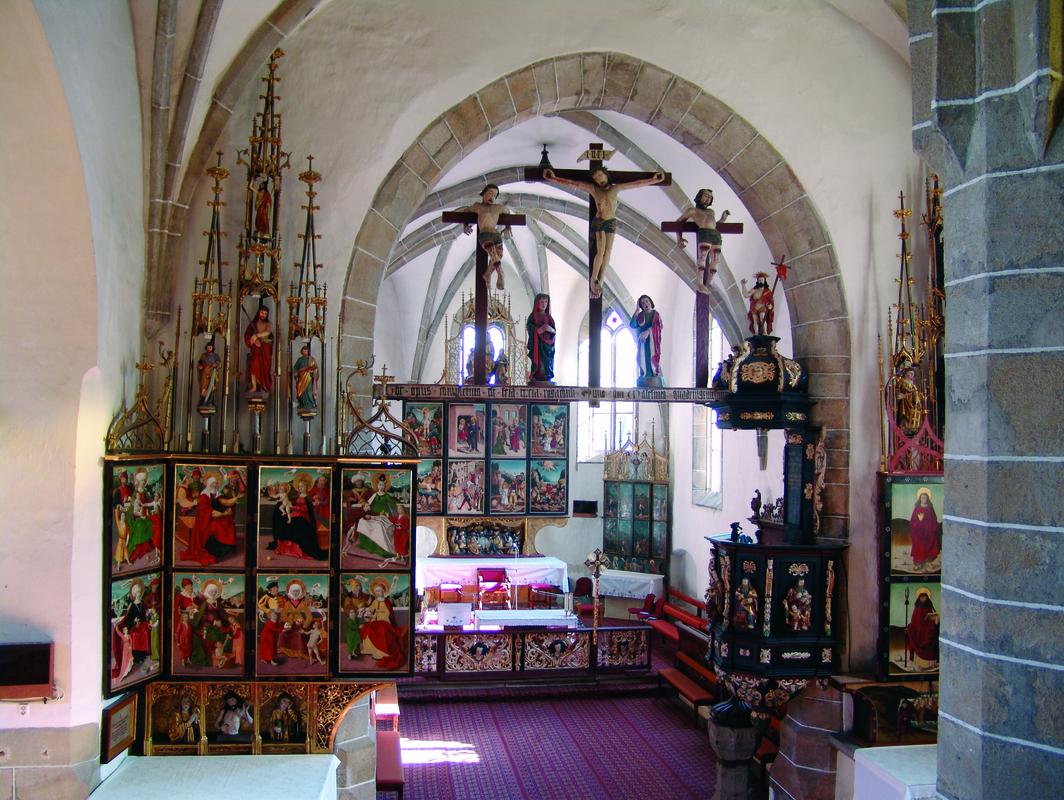 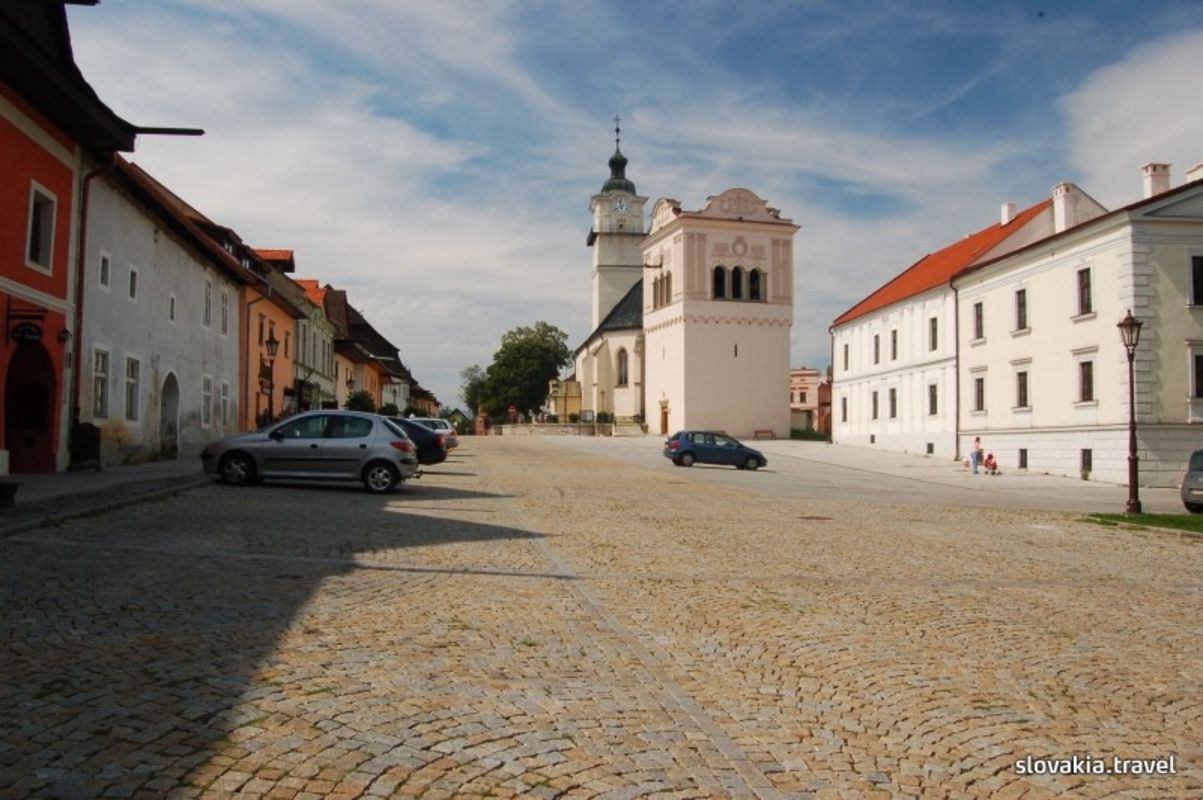 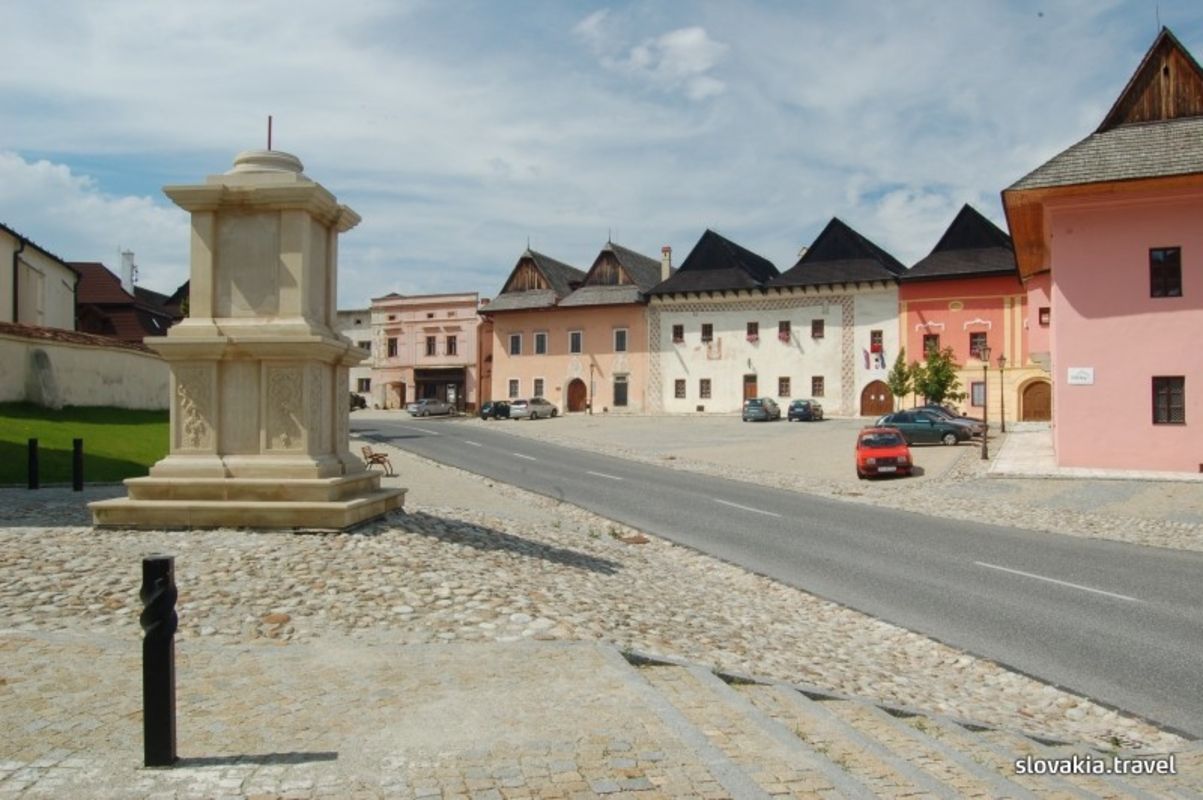