A monumental memorial Slavín with a cemetery is a place of reverence where 6845 Soviet soldiers are buried who perished during the liberation of Bratislava and its environs in April 1945.

The monument was designed by architect J. Svetlík. Its construction was finished in 1960.

A staircase leads to the cemetery with 6 mass graves and 278 individual ones. The central part is created by a ceremony hall, the dominant part of the monument. It is encircled by a magnificent colonnade. The entrance cassette door into the ceremony hall, whose walls are covered with marble, is decorated with a bronze relief composition by R. Pribiš from the outer side, commemorating the struggles during the World War II.

The monumental granite pylon, erected over the ceremony hall, is 39.5 m tall. An 11 m tall sculpture of victory by A. Trizuliak stands on its top. The author presented a soldier in the moment of erecting the flag over the liberated country.

The monument is surrounded by a park with planted trees and shrubs brought from various parts of the former Soviet Union. There is a beautiful view of the city from the eastern terrace. 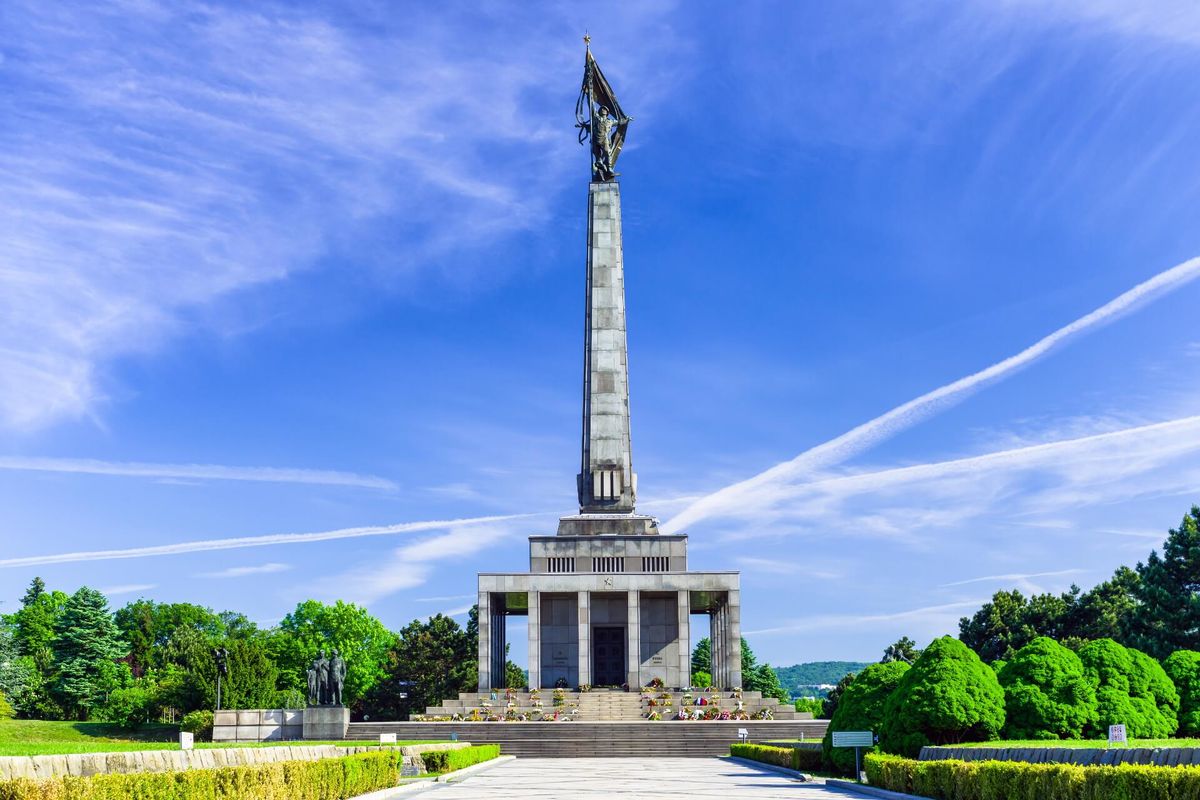 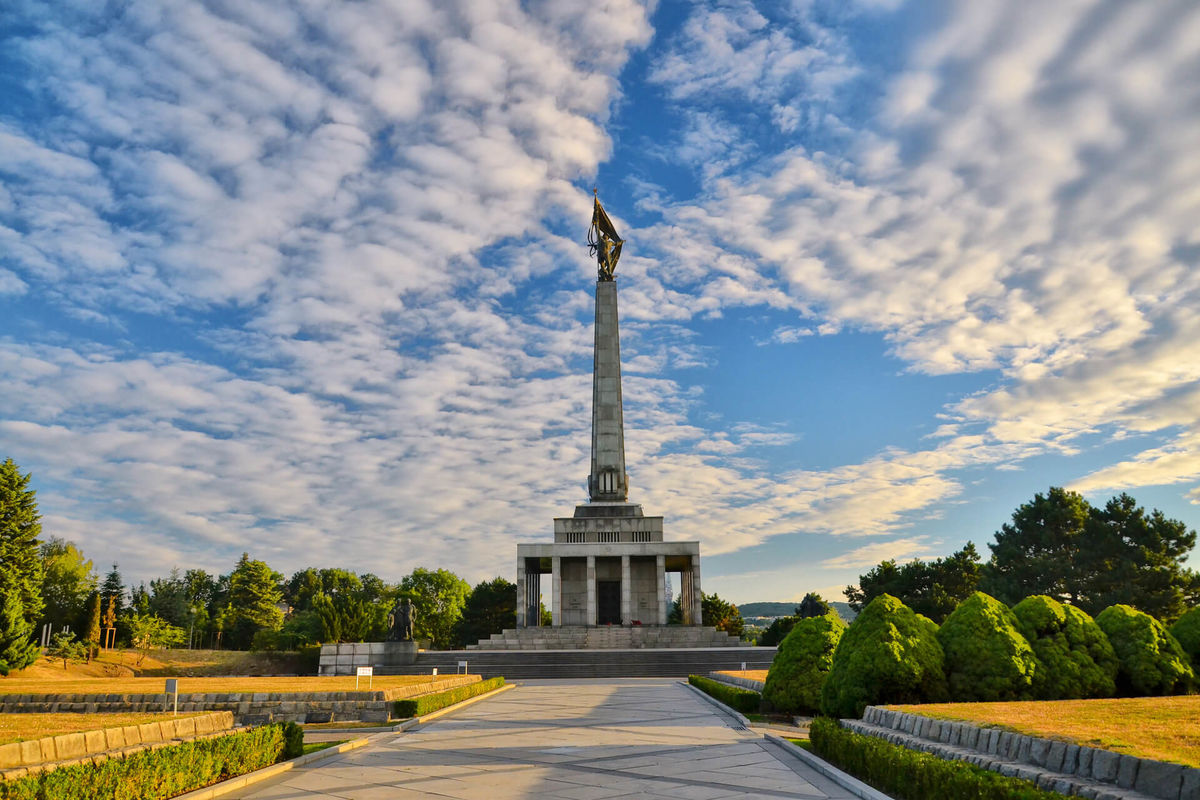 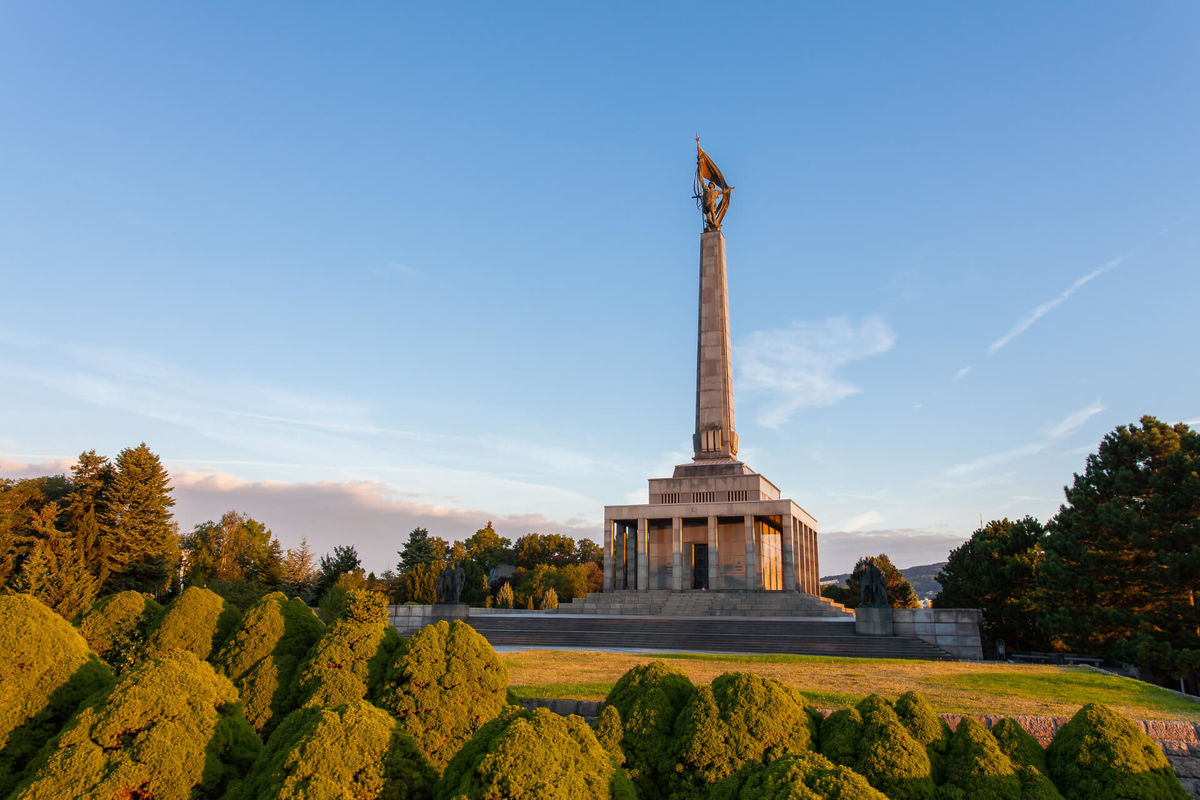