The city Senec is located in south-western Slovakia and is a renowned tourist centre thanks to its Slnečné jazerá recreational area. Senec is not only about attractions combined with the summer-time tourist season, lakes and sports. During the entire year, you can take yourself back a couple centuries in time by getting to know the relics documenting its ancient history.

The natural conditions predestine Senec for advancement in tourism. The moderate climate, warm water with an average of 25°C, sunshine for over 2200 hours a year, rich options for water sports, fishing, accommodation and catering and other services offered right in the area of theSlnečné jazerá make the city a sought-after tourist centre. On the grounds of the Slnečné jazerá, you’ll find hotels, bungalows, camping, playgrounds with sandpits, slides, swings and a summer cinema. In the hotel complex, you can play tennis, squash, bowling, billiard, minigolf and table tennis. Other services include massages, pools, saunas and fitness centres.

The historical development of Senec is traceable from the second half of the 13th century. A deed between a palatine and count Roland from Bratislava from 1252 can be considered as the oldest written message about Senec. In the 80’s of the 15th century the village got city privileges under the rule of king Matthias Corvinus.

Visitors of Senec may get to know the city’s history via the historic sights remaining in good condition. You’ll find the Immaculata plague pillar built in 1747 as a sign of thankfulness for ending the plauge and the Pillar of Shame built in 1552, at which offenders were publicly punished by whipping. The only Jewish synagogue in the area was built in Senec in the year 1825, because Senec was a city with a large Jewish community. The Large Stift was built in a renaissance style – its an extensive building, which first served as a squire manor house and later as a women‘s borstal, an orphanage and finally as a military training institution. TheTurkish House – a renaissance manor house from the second half of the 16th century is the most treasured sight on the main city square in Senec. It fulfilled security measures of the city and meetings of the Bratislava district board were held here. The oldest historical-artistic building and a dominant feature of the city is the Church of Bishop St. Nicholaus, whichs foundations are gothic, but is baroque for a larger part after being rebuilt in the 18th century.

The Auqathermal attraction of Slnečné jazerá is connected with a thermal drill in Senec from the summer of 2004. 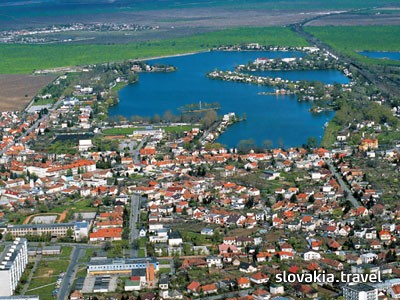 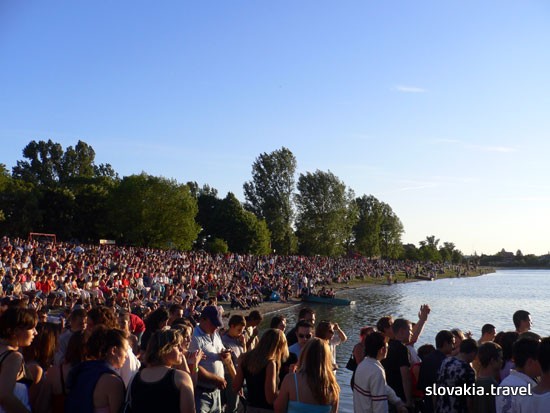