Location the district city of RUŽOMBEROK on the eastern foothills of the Veľká Fatra mountains, the north-western slopes of the Nízke Tatry Mts. and the nearby south-western slopes of the Chočské vrchy Mts., creates the city's unique background - its three sides are enclosed by the mountains and the eastern side is open to the Liptovská kotlina basin.

The centre of the lower Liptov region, that is the westernmost part of the Liptov Basin, is the city ofRUŽOMBEROK (population 30,200). It is the most important centre of paper industry in Slovakia and of travel and tourism.

The fact that the city lies on the cross-roads of an ancient trade route leading form the Central Slovakian mining towns to Poland and the road along the river Váh from Košice and Spiš to Žilina, and further to Silesia, has strongly influenced its economic and cultural development. The most important role in the history of the crafts in Ružomberok was played bypaper manufacturing, a symbol of the city which is preserved until the present day.

The best place to begin sightseeing in the city is the upper part called Námestie A. Hlinku square (The Square of A. Hlinka), originally a quarter where the first German settlers arrived and founded the settlement Rosenberg. Among the most valuable is the Late-Gothic Roman-Catholic church of St. Andrew.

The secular landmark dominating the square is the town hall which stands beside the church. In its southern part there used to be a Roman-Catholic parsonage where A. Hlinka spent part of his life. His presence in the city is commemorated in themausoleum of Andrej Hlinka located next to the southern nave of the St. Andrew church. Beyond the square of A. Hlinka is another remarkable architectural monument - the Calvary. It is the only Liptov Calvary.

The local part of Ružomberok, Biely Potok is the salient point for the community ofVlkolínec - the Monument of Popular Architecture lying on southern foothill of the Sidorovo Mt. This extraordinary and remarkable oasis of folk architecture was included in 1993 in the List of the World Cultural and Nature Heritage of UNESCO. 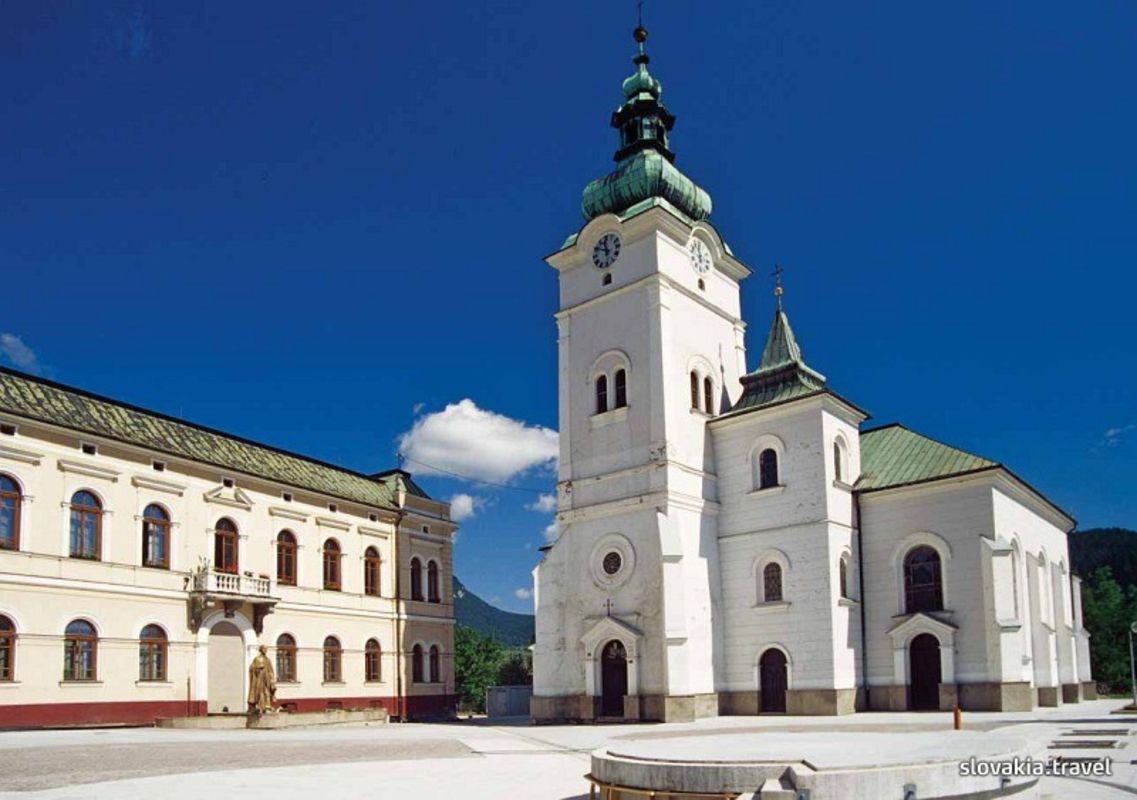