Visitors of NOVÉ ZÁMKY (population 42,262) can chose of the varied offer of cultural events that takes place during the year. From March to May, the series of concerts in the framework of Novozámocká hudobná jar (Musical Spring of Nové Zámky) are organised, International Festival of Alternative Arts or the Days of the European Cultural Heritage are both held in September, while the October Festival of Jazz is also worth to visit.

The town was founded in the 16th century on the site of four villages destroyed by the Turks. On the right bank of the river a new hexagonal fort was built of stone, which was one of the most advanced fortifying structures of Europe of that time.

The black year for Nové Zámky was 1663 when the Turkish army counting 200,000 warriors conquered the fort. Imperial troops liberated the fort only after 22-year Turkish occupation. Liberation of Nové Zámky was an important event and it was celebrated by bells tolling in whole Europe. However, the fort gradually lost its importance and King Charles III had it pulled down in the years 1724-1726. The form of the majority of its bastions is still recognisable, as the network of streets is arranged in hexagonal shape.

One of the most beautiful cultural monuments of the town today is the Calvary from 1779 situated on the site of hexagonal foundations of the disappeared town walls near Forcháchs bastion. The dominant of the square now is the Roman Catholic church of Holy Cross built in the years 1584-1585. The pride of the town is the Baroque group of statues of the Most Holy Trinity from 1749, the reminder of plague epidemic, which stroke the town in 1740.

The centre of relaxation and recreation is the landscape part of Berek with more than 200-year old oaks including the area of the thermal pool Štrand. 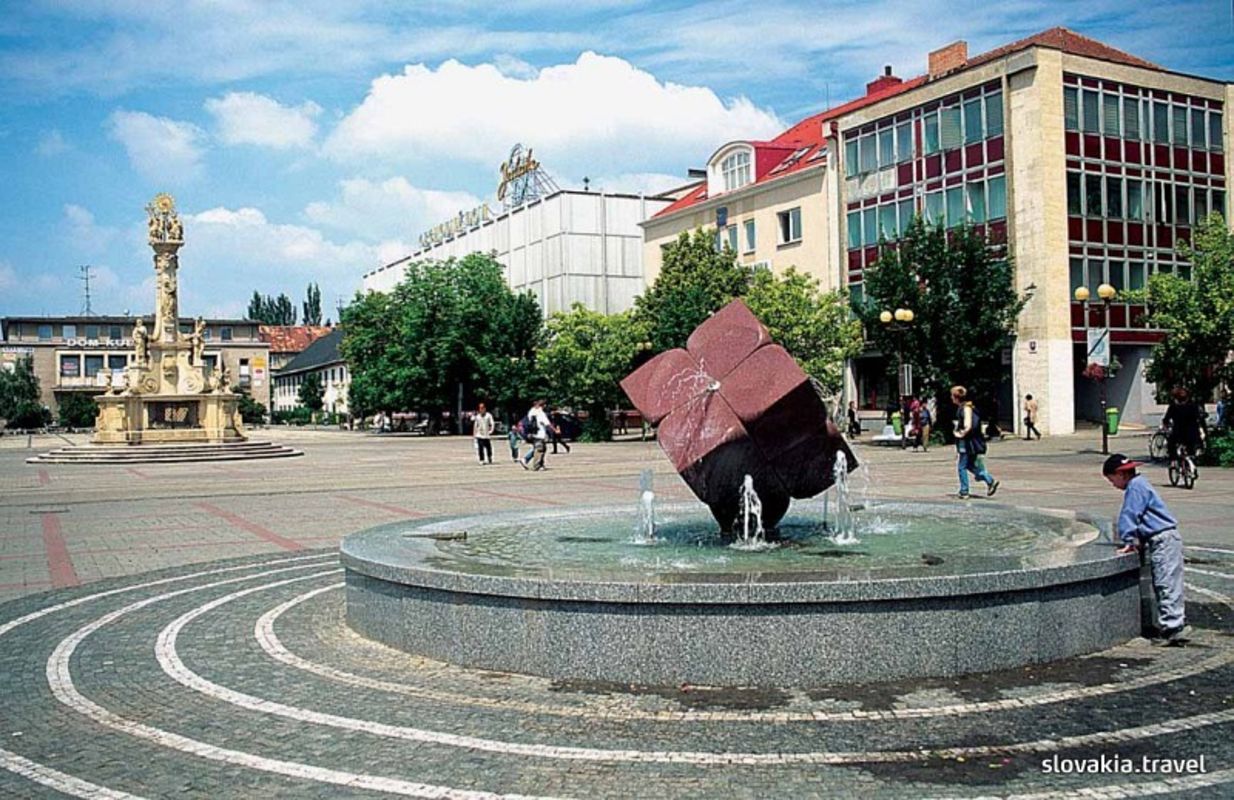