The town of MOLDAVA NAD BODVOU is situated to the south-east of Košice. Its significance and geographical position have made it a natural centre of the region and its infrastructure and services make it an ideal starting point for various trips to discover the local history and nature.

The territory of the Bodva Basin Towns and Villages Association with Moldava nad Bodvou as its centre is located in the south-western part of the Košice-okolie District that belongs to the Košice Self-governing Region. Associated to Moldava nad Bodvou is the village of Budulov, first mentioned already in 1313.

Moldava nad Bodvou used to be an important trade and craft centre, not only due to its advantageous position, but also due to its skilled master craftsmen. There were guilds of shoemakers, tailors, bootmakers, butchers, locksmiths, gingerbread makers, hatters, and furriers. The town was officially titled “MOLDAVA NAD BODVOU” in 1927. In the past, it suffered numerous fires, floods and plague epidemics. Riots related to fight for the Hungarian throne broke out in the 15th century. The landlord of Moldava István Rozgonyi was among those who fell in the Battle of Mohács in 1526. Municipal privileges awarded by King Ferdinand II date back to 1629.
After WWII, many inhabitants were dragged away to work camps in the Soviet Union. Further development continued only after the construction of the VSŽ ironworks had started, when a mass housing development started on the right bank of the river. Despite unfavourable financial situation, 1990s were characterised by improvement of living conditions in the town, reconstruction of road communications, and renovation of the historical town centre.

Roman Catholic church: located in the historical town centre, it was built in the Gothic style in the 15th century during the reign of King Mathias Corvinus.
Reformed Church temple: built in the Classicist style, it is also located at the square in the historical town centre and dates back to 1773. The tower was finished in 1789 and has two bells. The church was reconstructed several times. Interesting is the beautifully carved pulpit.
Szojka’s Gate: the copy of a wooden gate unveiled in 1996 is located in a small park at the Reformed Church temple in the street of Hlavná ulica, where it originally stood. The original gate has been placed in the courtyard of the Východoslovenské múzeum museum in Košice. It is a sad memorial of the fire that took place in the town in 1795.
St Rochus Chapel: built on a slope in the northern part of the town to honour St Rochus and commemorate the victims of the epidemic of cholera of 1831. Each year on St Rochus Day, a remission mass is served in the memory of the victims.
Memorial boards commemorating outstanding natives of the town, such as Szepsi Laczkó Máté and Szepsi Csombor Márton, also count among municipal sights.

One option to spend free time in the surroundings of the town is to visit the ruins of the Turniansky hrad castle. Ascent to the castle hill provides a splendid view of the surrounding villages, lakes and forests. A visit to the Zádielska dolina valley, the monastery of Jasov and the Jasovská jaskyňa cave also makes an unforgettable experience. 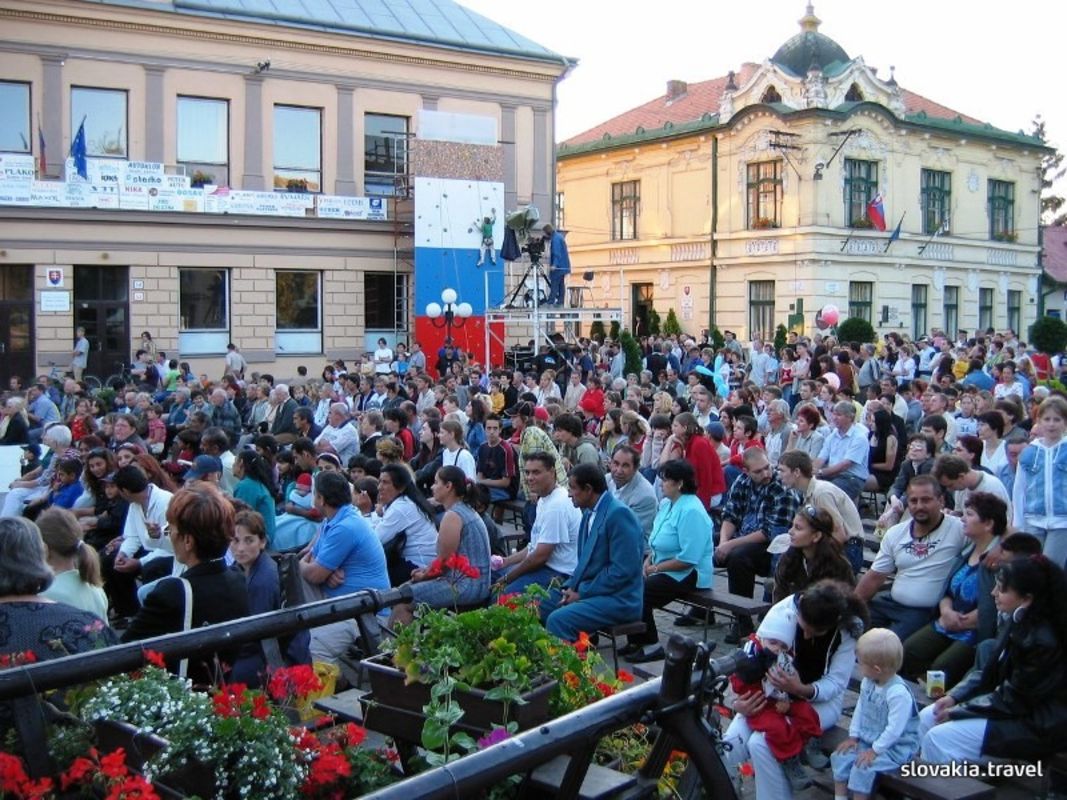