Already the XXIII. Annual of the Livin' Blues Festival is prepared for Saturday, March 21, 2015 at the Lúky House of Culture on Vígľašská street in the Petržalka District of Bratislava. Two foreign and five national groups will prepare a variable mixture of several different styles and off shoots to this important musical genre, in which ragtime, jazz, bluegrass, R&B, rock, hip hop as well as pop have been based. 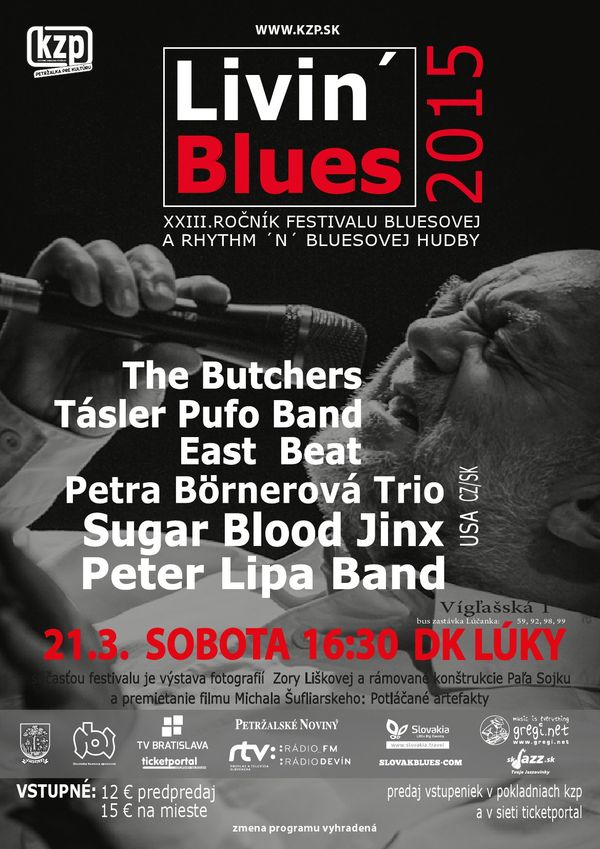