In Slovakia there are still unknown and undiscovered places that are exceptional for their beautiful nature, rich cultural heritage, and kind and hospitable people. KROMPACHY and its surroundings is one such place.

Despite the rich mining and metallurgy tradition, the town of KROMPACHY is known, both in Slovakia and abroad, especially for its Plejsy Ski Resort. Nevertheless, the magnificent scenery of hills, valleys, forests and meadows, as well as the precious cultural and historical sights, allow Krompachy to provide optimum conditions for recreation also in summer months.

The oldest written record related to the town dates back to 1256. Historical documents prove that Krompachy was an important settlement and a significant mining and metallurgy centre already in 1282, and remained so until the end of the 20th century. In the 19th century, a joint-stock company called Krompašské železiarske ťažiarstvo was gradually established from small local iron mills. Later on, iron and copper plate rolling mills were built. The company became the biggest ironworks in the former Hungarian Empire at the turn of the 20th century, it was closed after WWI, however. In 1921, the bloody event known as the Mutiny of Krompachy occurred.
Even as late as the first half of the 20th century, woollen rugs were woven and fur products were made in Krompachy for folk costumes of broad surroundings. Not only hollow kitchenware, but also purely decorative products (figures) were manufactured in potter’s workshop established at the half of the 20th century. After WWII, Krompachy became a prosperous town due to industrial production important for the whole former Czechoslovakia. Since 1991, it has been known as a tourism centre thanks to its Plejsy Ski Resort.

There is a non-genuine fusiform building structure in the town. The most significant cultural and historical sights of Krompachy include a manor house, a town hall, churches, and a chapel. The manor house dates back to the second third of the 18th century, and was modified in 1797. The town hall dates back to 1763. The Roman Catholic church from the last third of the 18th century was build in the Baroque and Classicist style. Another church, belonging to the Evangelical Church, is pseudo-Gothic and was built in 1883. The sacral sights also include a chapel built in 1776. The 1921 Mutiny of Krompachy Memorial House with a memorial square is a national cultural sight. A tombstone dedicated to the victims of the mutiny is found at the local cemetery. The railway blast furnace (known as “maša”) dating back to 1831 is also an interesting sight.

There are many attractive tourist and sports locations surrounding the town, such as Slovenský raj (The Slovak Paradise), Dreveník and Skalné mesto, the Kojšovská hoľa hill, the Poráčska dolina valley, the protected natural formation of Červené skaly, or the national nature reserve of Sivá brada, that are definitely worth visiting. 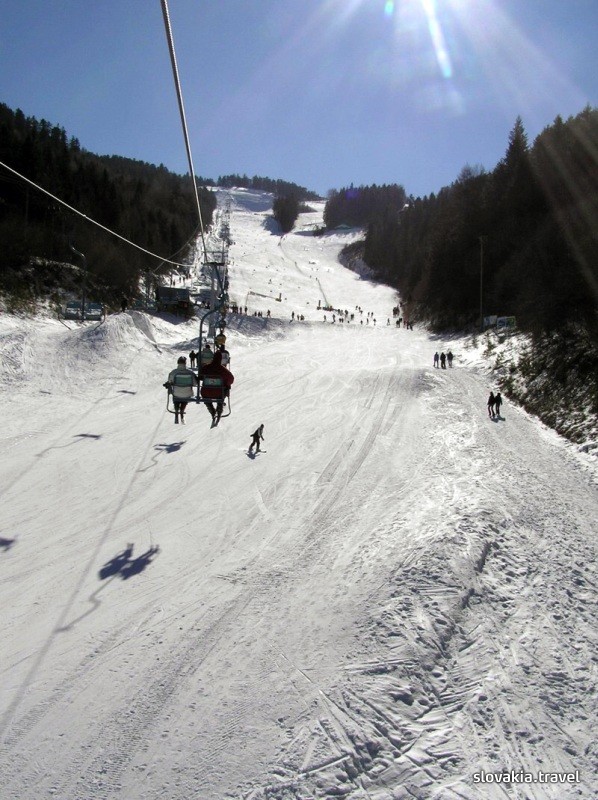