The second biggest town of Slovakia KOŠICE is not only the centre of eastern Slovakia but also the core of the Eastern Carpathians where several ethnicities live.

The city KOŠICE (population 242,066) on the Hornád river on the western edge of the Košická kotlina basins has a long and agitated history and its present is also dynamic. It has been the most important town of the region for centuries and a natural centre of trade, culture, and education.

The medieval town of Košice was founded approximately on the half way from the Abbey to the castle. The first written mention of its existence is from 1230. In the first historical documents it was referred to as Villa Cassa, later the in Latin Cassovia, German Kaschau, Hungarian Kassa, and the Slovak Košice.

The town citizens acquired important privileges of the royal borough in 1342. The date of 7 May 1369 is especially important for the town because it received, the document of coat of arms signed by the king as the first European town,. Today it is celebrated as the “Day of Košice”. In the 15th century Košice with its 7 thousand inhabitants became the second biggest town of the Kingdom of Hungary following Buda and Bratislava.

In April 1945 the Czechoslovak Government met for the first time on homeland ground and issued the document known as the Košice Programme of the Government treating the after-war arrangement of the free Republic.

However, some other attributes of Košice also changed, particularly its size, ethnic structure and its general appearance.  Its population more than doubled after the Second World War. New housing estates were constructed for immigrants from the rural area.

Today the majority of its inhabitants are Slovaks coexisting here with Hungarian, Czech and Roma minorities. The Východoslovenské železiarne (East Slovakian Iron Works, today U. S. Steel) became the biggest company not only of Košice but also of the country in general.

Almost all monuments of Košice are concentrated in the historical core of the town, size of which makes it the biggest Town Monument Reserve of Slovakia. The spindle-shaped Hlavné námestie square of Košice is the heart of the town and rightly considered one of the most beautiful squares in Slovakia. It is closed to traffic and skirted by numerous wonderful historical buildings. The most valuable monuments are situated in its centre. The dominant of the square and the town is the monumental Gothic Cathedral of St. Elisabeth. This building, rather isolated from the rest of the square, is the largest church of Slovakia and the easternmost situated Gothic cathedral of western type in Europe.

In front of the northern walls of the Cathedral of Košice stands what was originally Urbanova veža tower built in the 14th century. The Urbans tower and the chapel of St. Michael, former charnel house, from the end of the 14th century, which stands in front of the southern side of the Cathedral of St. Elisabeth form together a complete unique Gothic set of the monuments.

The area between the Cathedral and the theatre is a very lively place above all in summer. Its main attraction is the font with music.

One of the admired exhibits of Východoslovenské múzeum (East-Slovakian Museum) is the famous Golden Hoard of Košice. The overall weight of the hoard is 11 kilograms. The unique collection of golden coins comes of 81 mints of Europe. The majority of coins are from the 15th to 17th centuries. 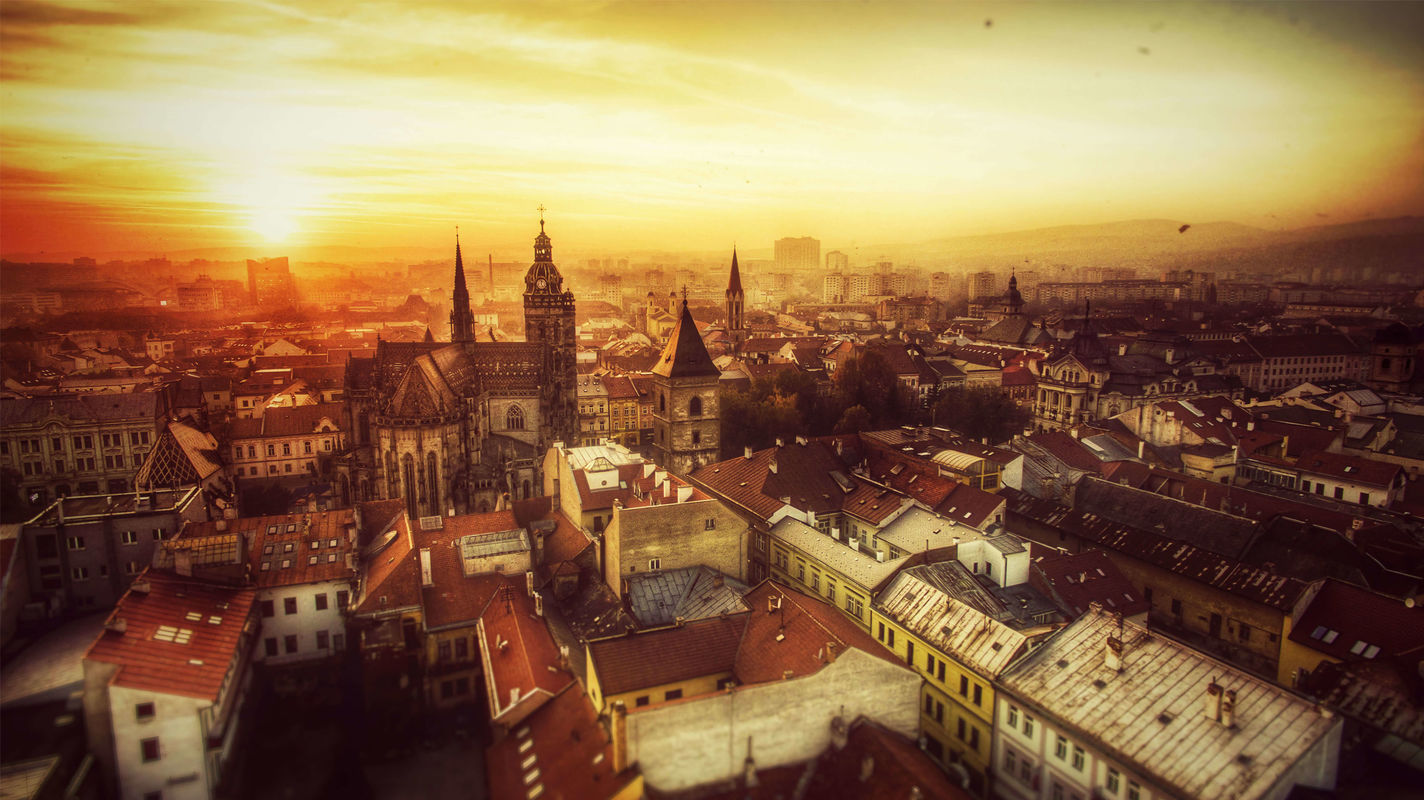 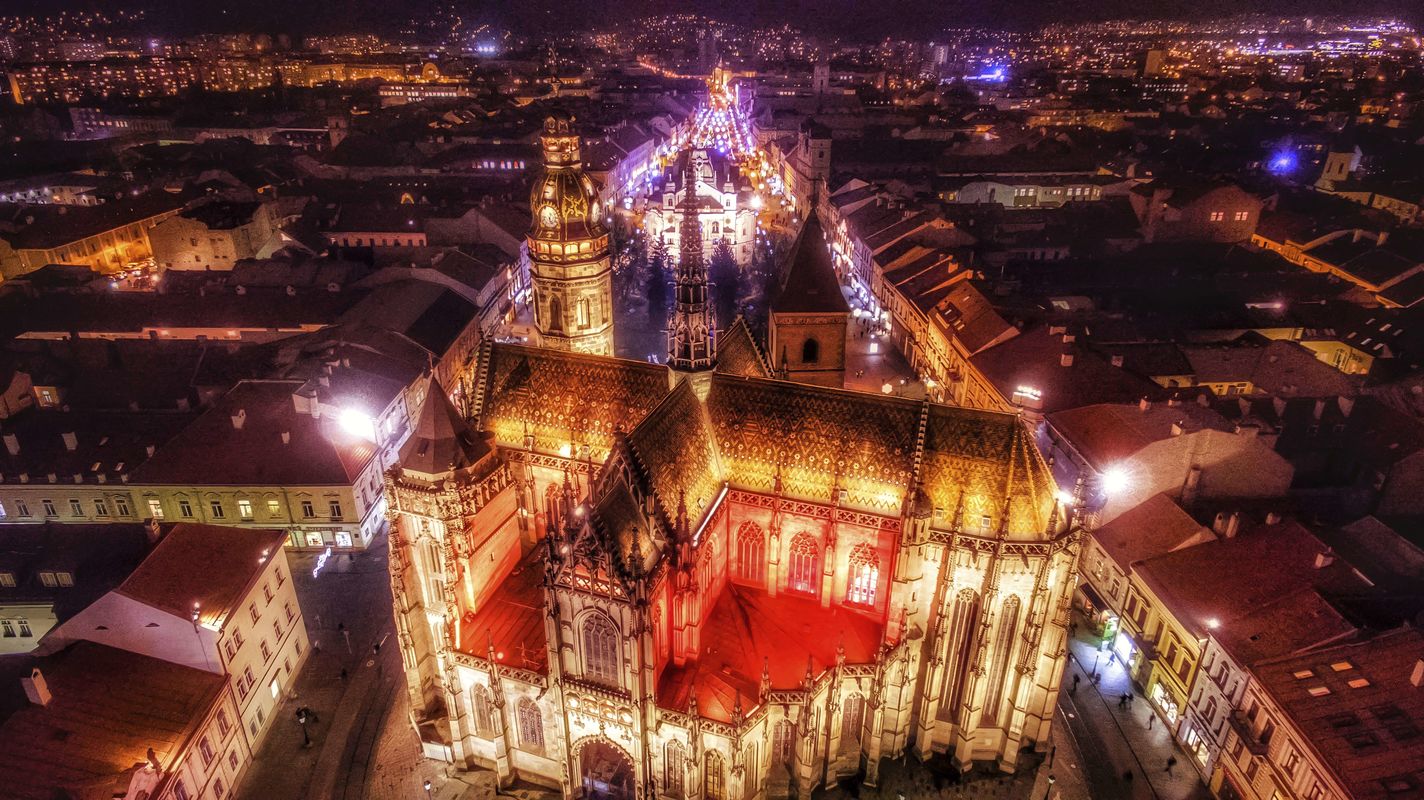 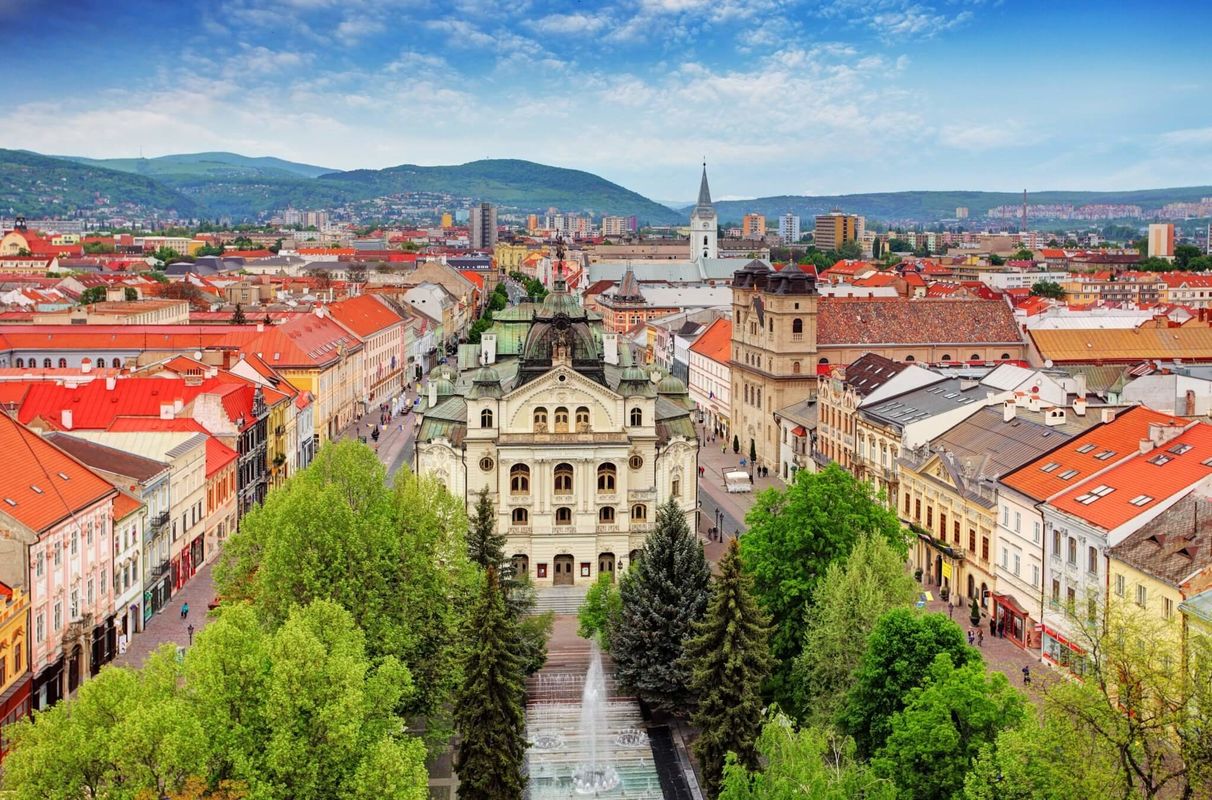 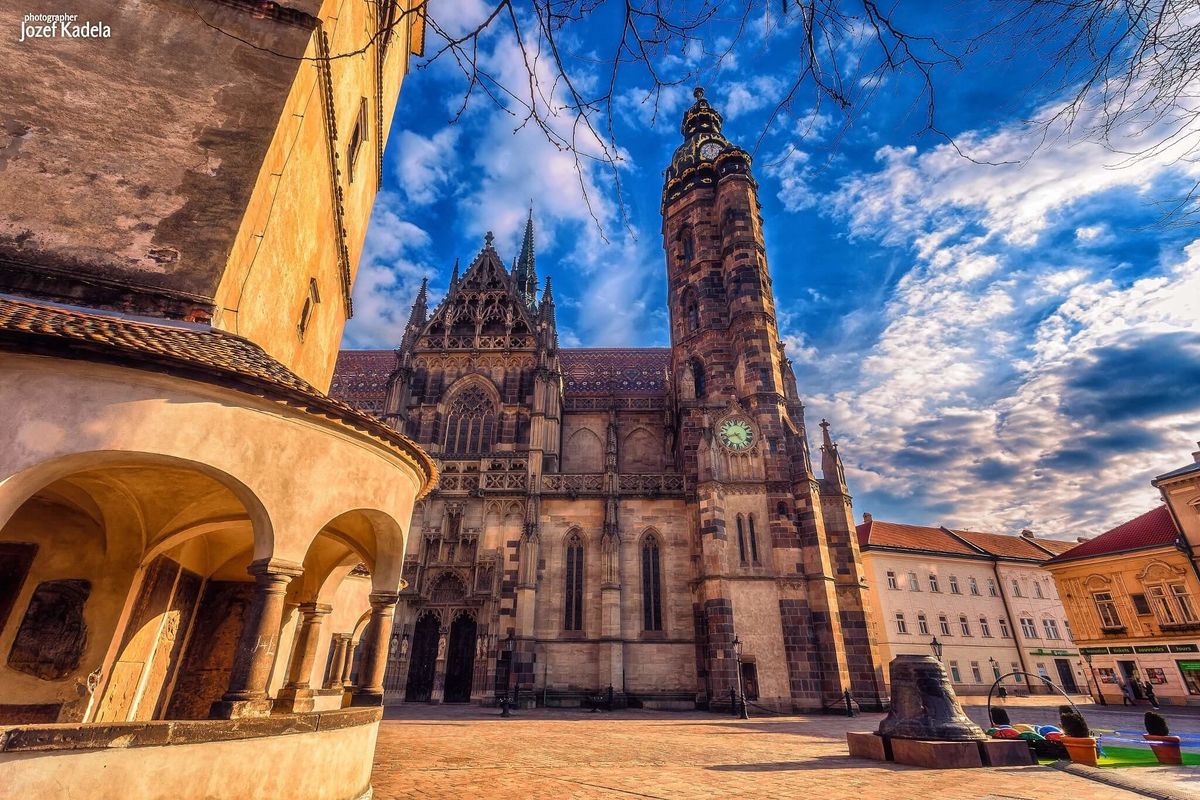 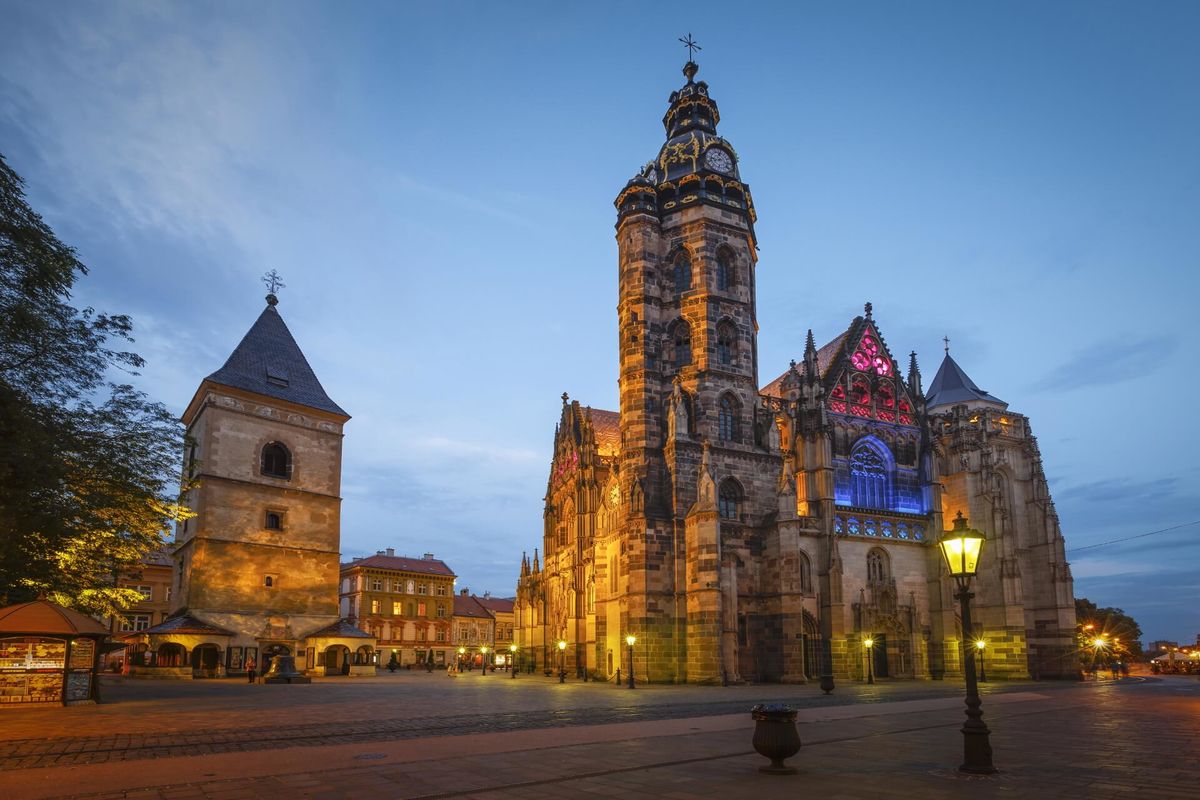 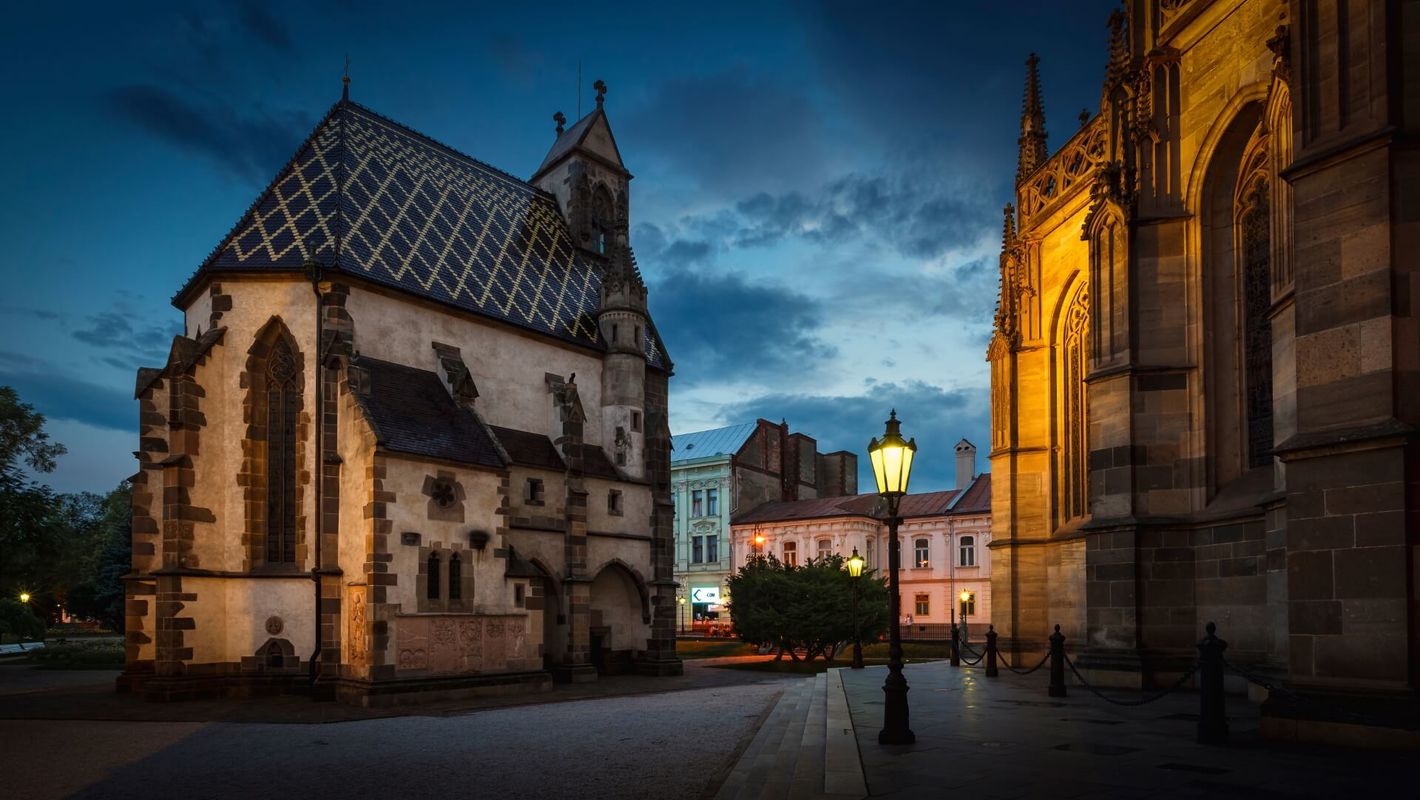 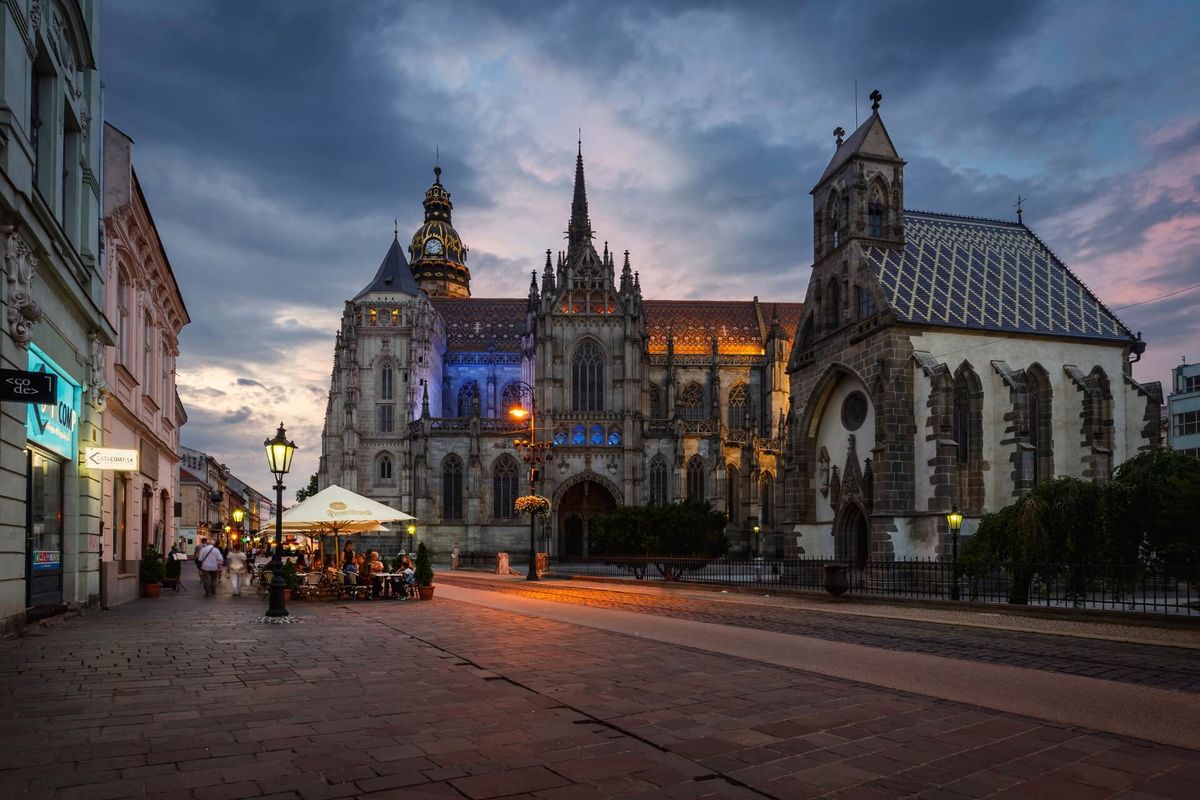 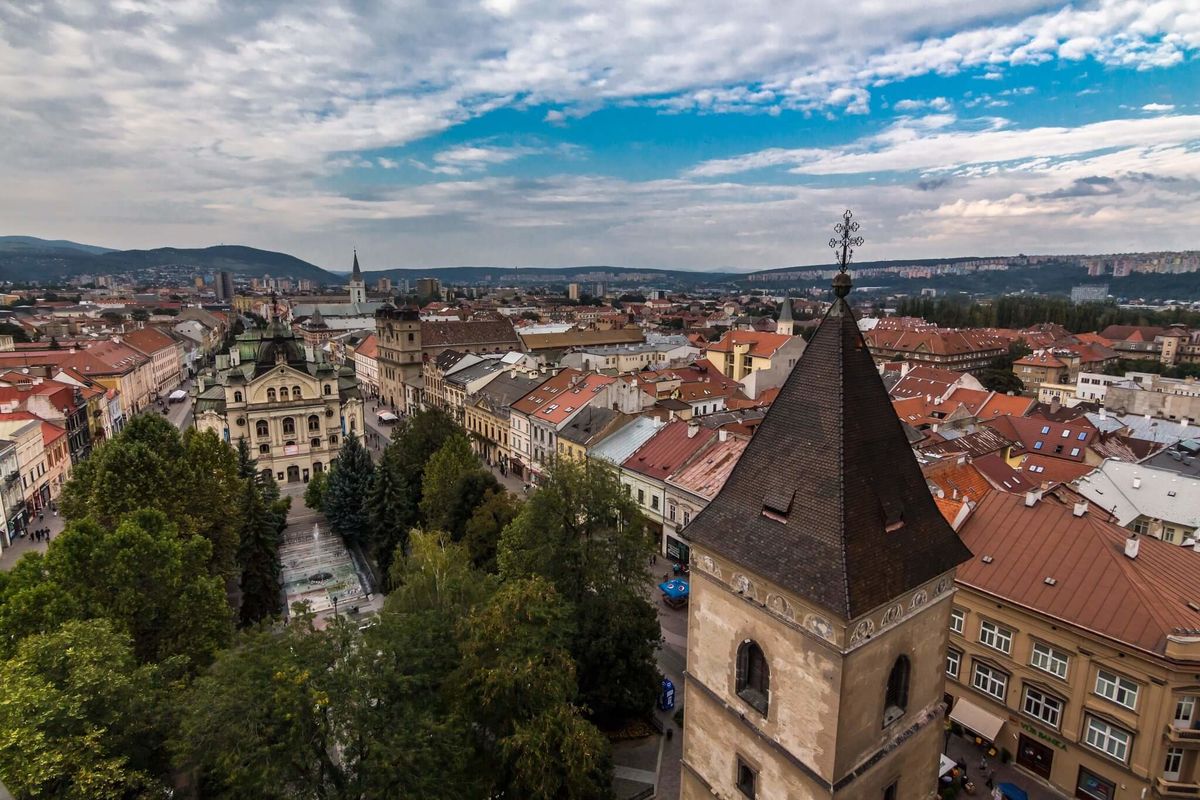 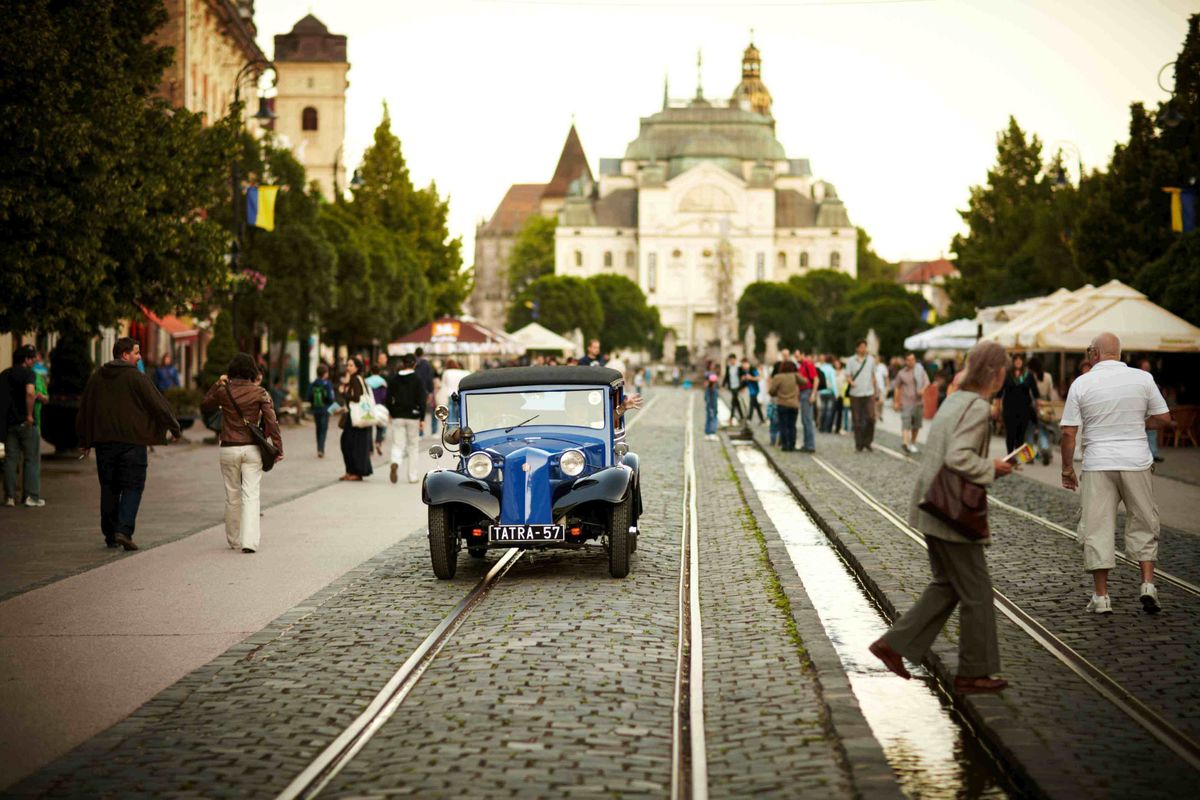 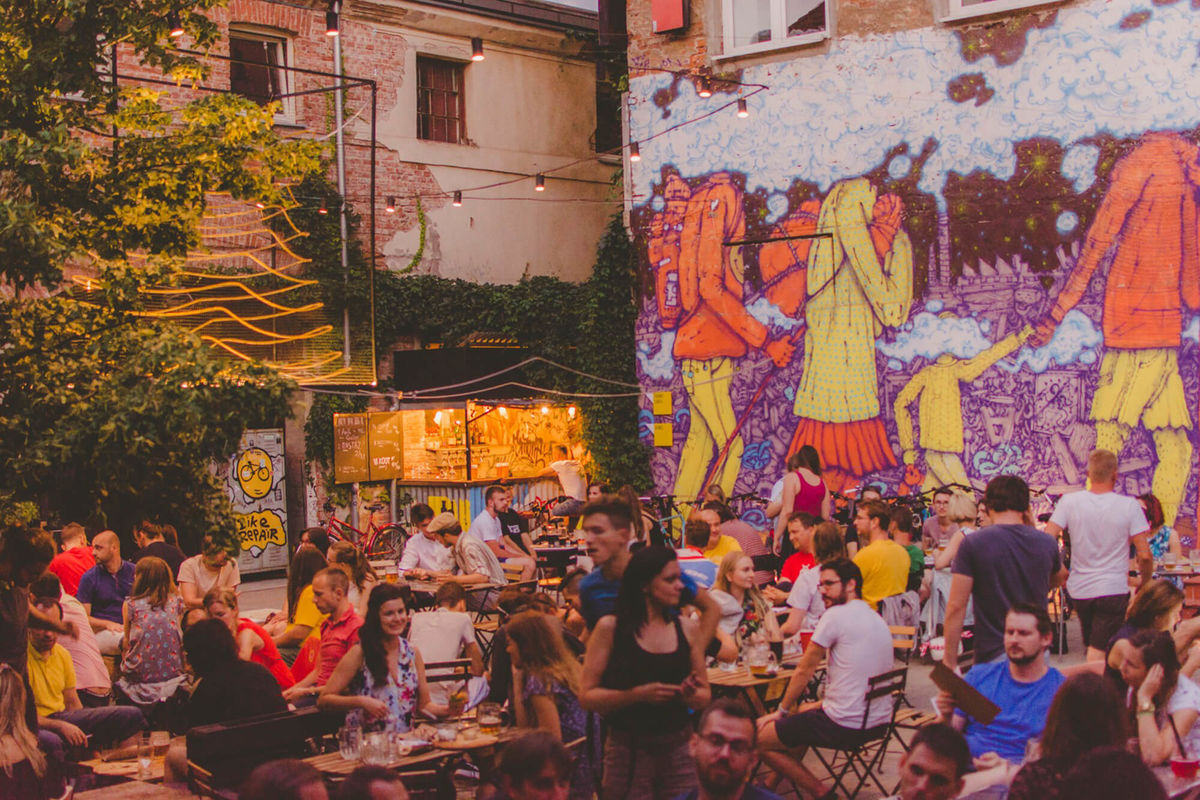 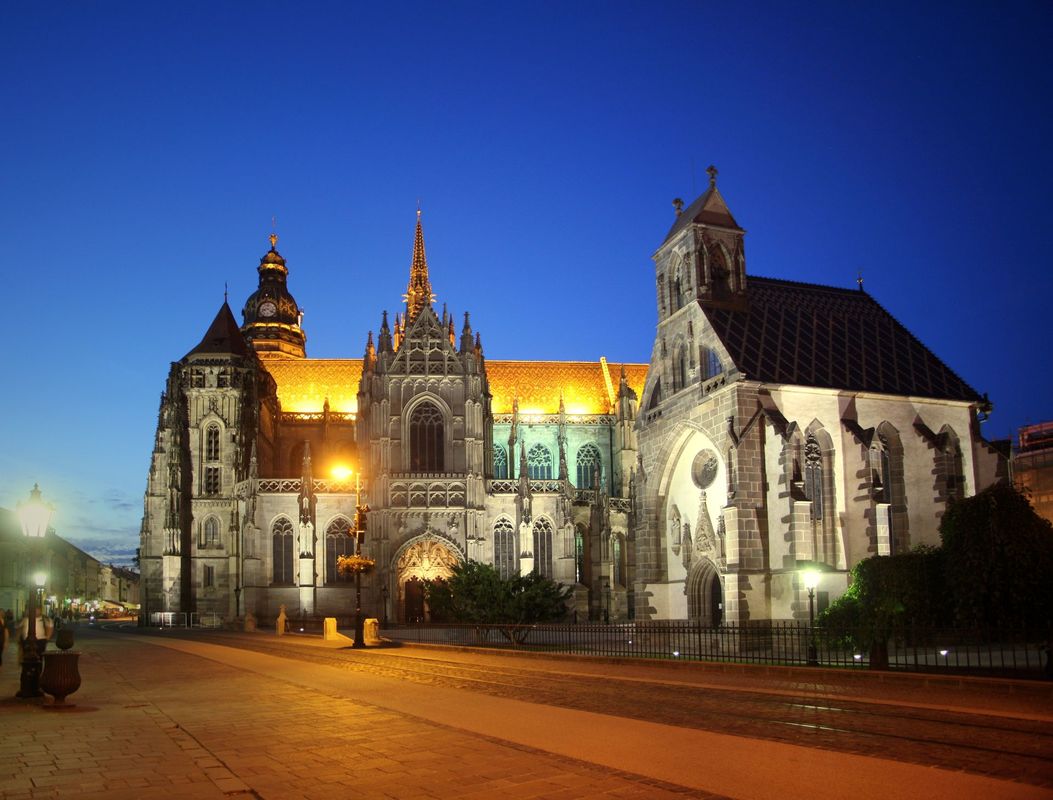 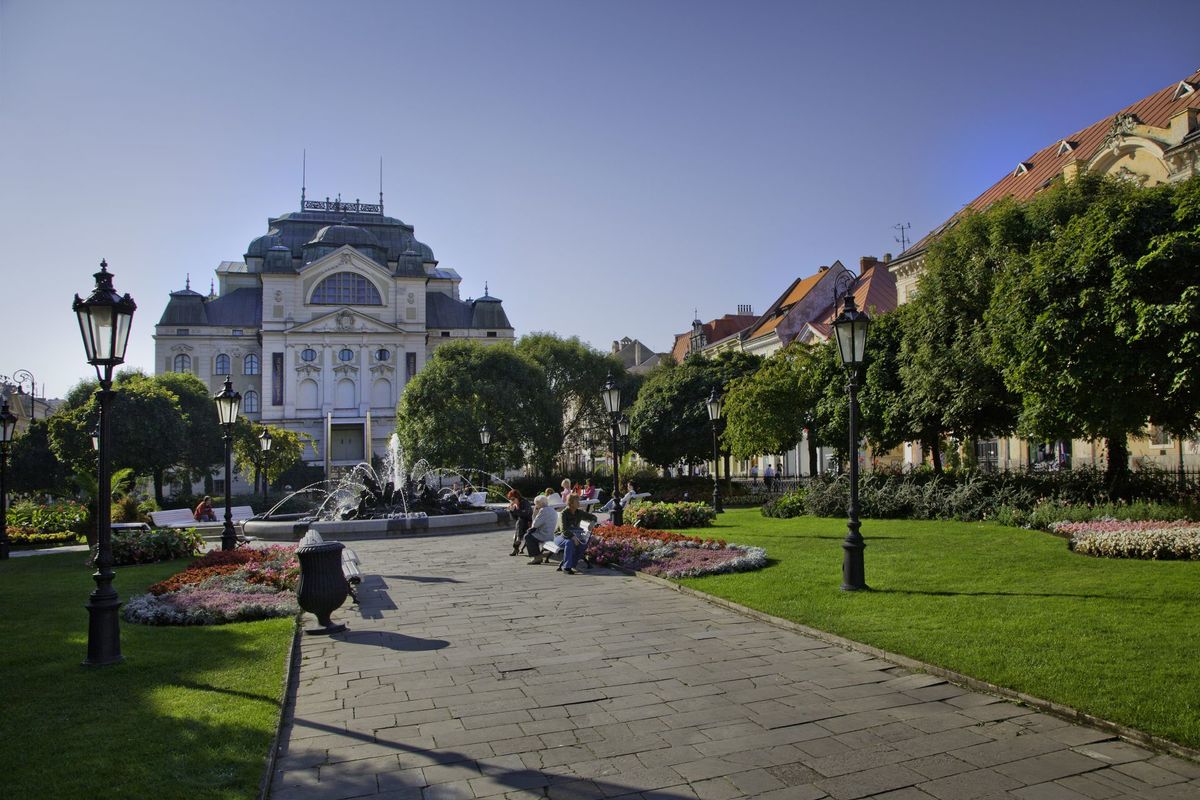 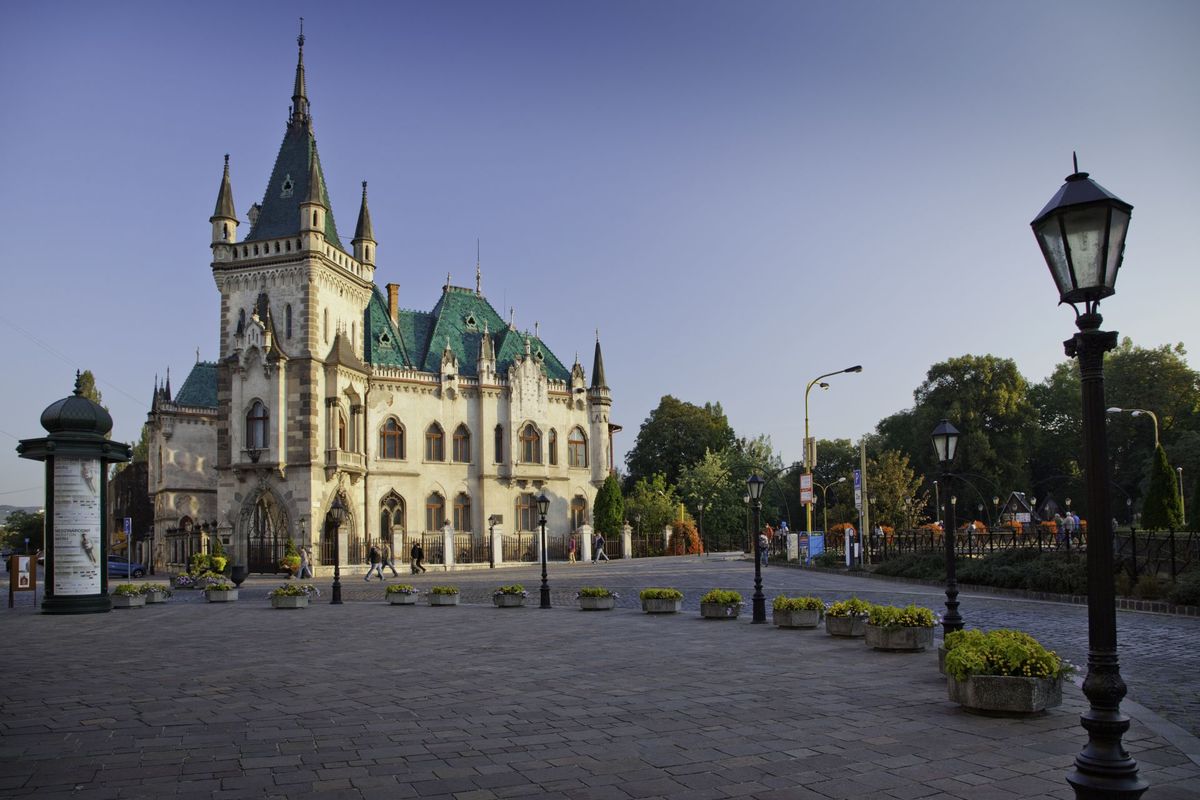