BANSKÁ BYSTRICA ranks at the sixth position among the towns of Slovakia in terms of size. It is the cultural and economic centre of central Slovakia and seat of some institutions with nation-wide competencies.

BANSKÁ BYSTRICA (population 81,281) lies in the north-west of the region of Banská Bystrica and the westernmost edge of Horehronie. Banská Bystrica is the town of the University of Matej Bel and the Art Academy. The wonderful natural environs of the town offer numerous and attractive opportunities for leisure.

The fairs of Radvaň became famous among the locals and now they also attract people living in environs of Banská Bystrica as they provide a nice opportunity to meet friends.

Although the land next to the meander of the Hron river is rather limited for Banská Bystrica of today, in Middle Ages it was an ideal area for founding a prosperous town. Two important trade routes crossed here. Moreover the environs were rich in ores. The main source of income of the medieval town was mining. Banská Bystrica was member of the exclusive trio of the richest central Slovakian mining towns.

The economic structure of Banská Bystrica changed in the 18th century. Extraction of copper ore was replaced by extraction and processing of iron and the riches of forests surrounding the town were more intensively exploited. In the mid-20th century, the town entered the history when in August 1944 became the centre of the Slovak National Uprising. The second largest insurrection against the German Nazi regime following the Yugoslav partisan war took place here.

The Monument to the SNP and the open-air museum situated in the park near the town centre commemorate these events. The second half of the 20th century brought great changes for Banská Bystrica. It expanded to a modern central Slovakian metropolis and became the sixth biggest town of Slovakia.

The buildings in the historic centre are the parts of the Town Monument Reserve.
The pride of Banská Bystrica is its central Námestie SNP square rebuilt into a throbbing pedestrian zone with an original charm and atmosphere. The multicoloured area of the square can be best admired from the slender Hodinová veža tower (The Clock Tower). It was built in 1552 as part of the town prison. The most beautiful building of the southern row of the square is Thurzov dom (Thurzos House). Today Thurzos House is the seat of Stredoslovenské múzeum (Museum of Middle Slovakia).

Several old buildings on the Námestie Štefana Moyzesa square formed once the town castle. The original appearance of the castle disappeared by removal of a substantial part of town walls. Only a quarter of the original town walls and three bastions of the original four survive.

The dominant architecture of the square is now the former Barbican with a tower. The parish church of the Virgin Mary was started as early as 1255. In the interior, apart from other gems, the Late Gothic wing altar of St. Barbara from 1509 fashioned in the workshop of Majster Pavol of Levoča can be admired.

Another castle church consecrated to the Holy Cross was built next to the northern walls of castle fortifications in 1492. The Late Gothic Matejov dom house was built in 1479 as a slender five-storied house squeezed inside the Banícka bastion. The building of Stará radnica (Old Town Hall) with a tower also called Praetorium was built in 1500.
A historical train called Pretórium shuttles downtown - it is an ideal way how the visitors can view the historical sights of the town. 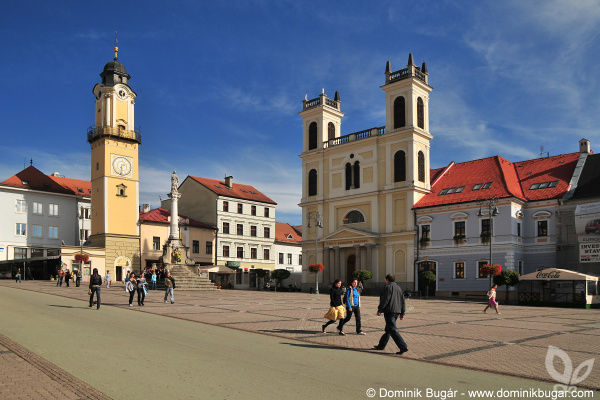 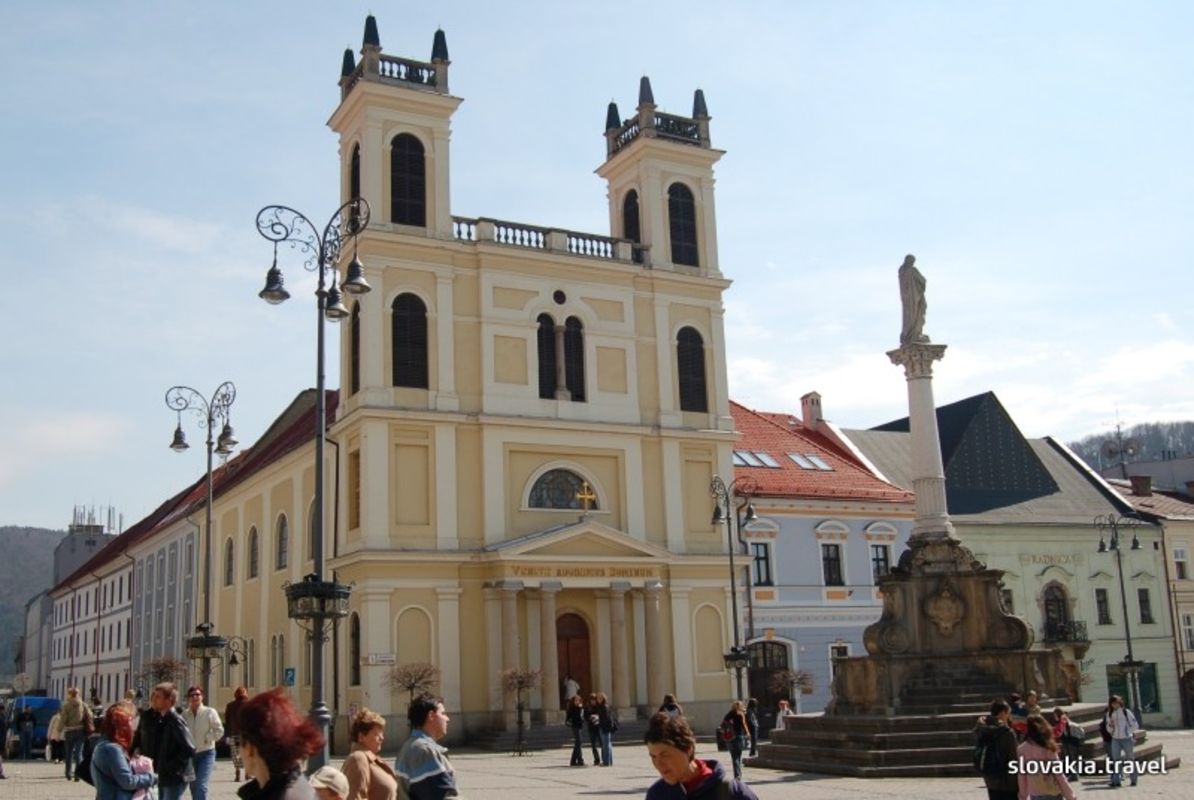 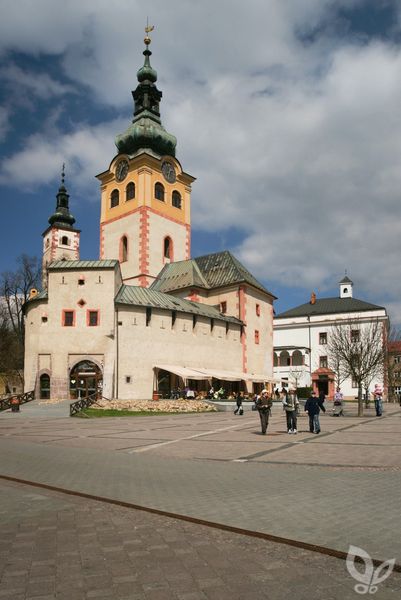 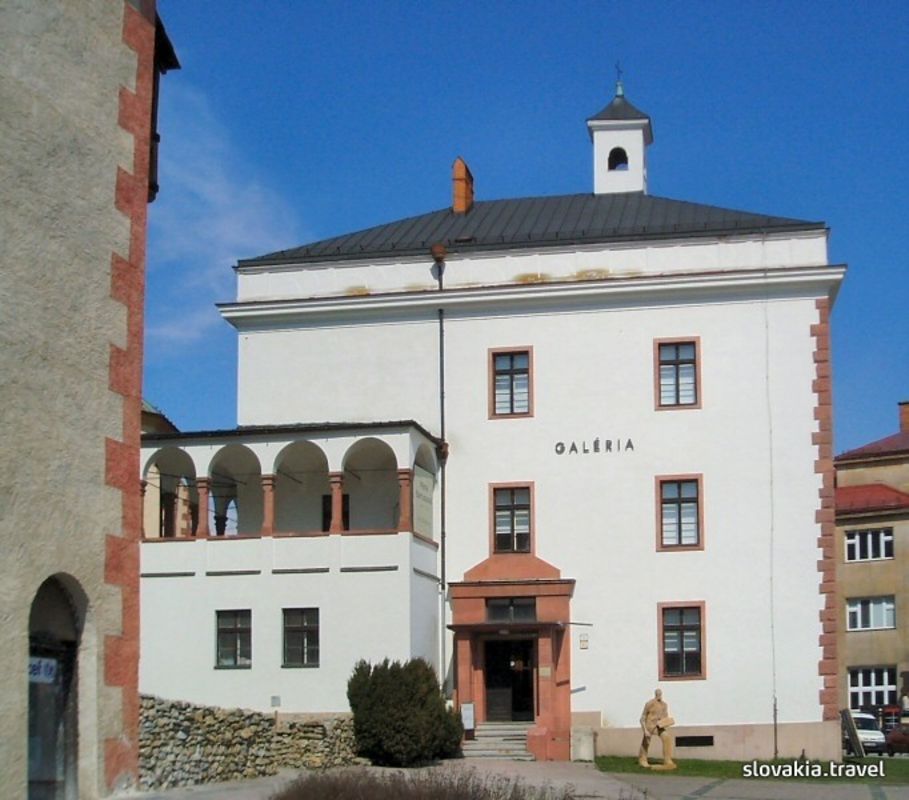 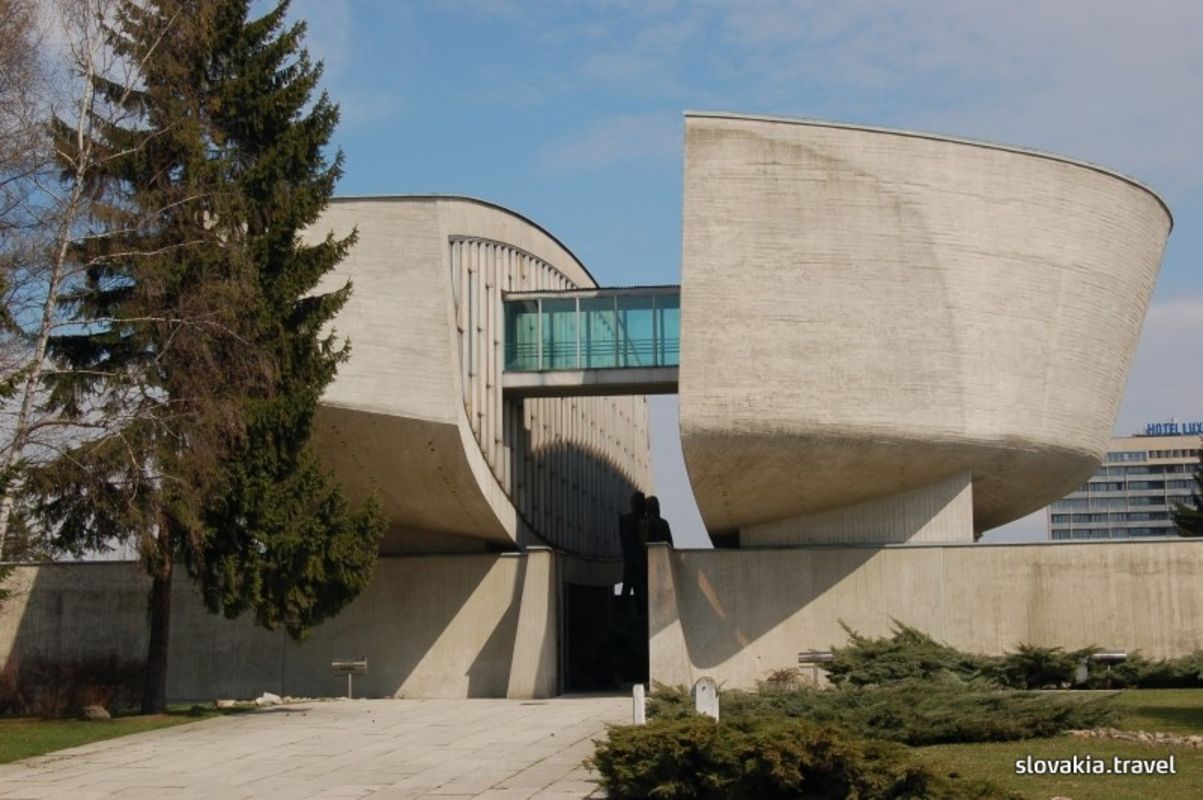 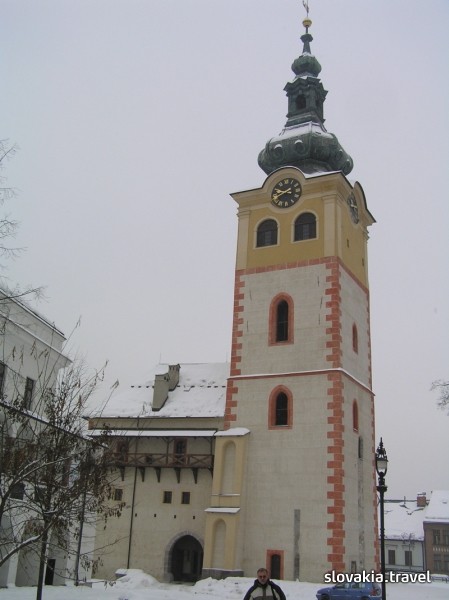 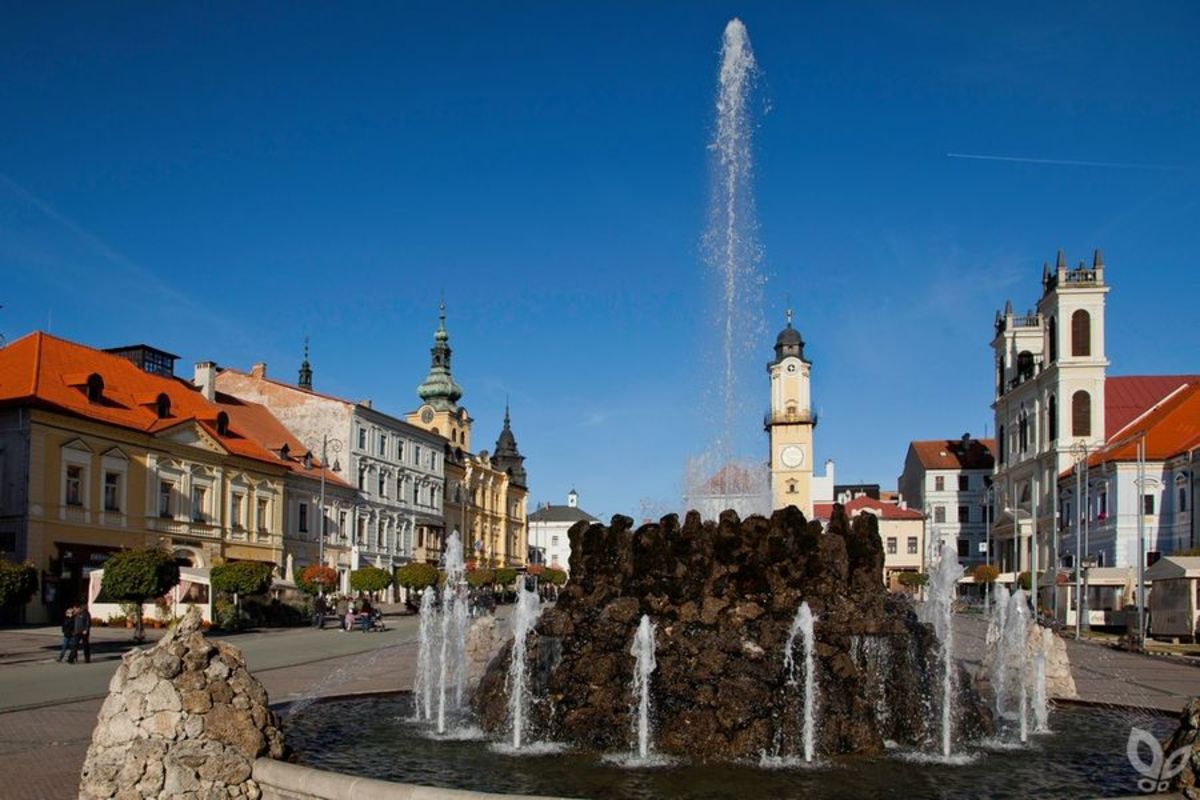 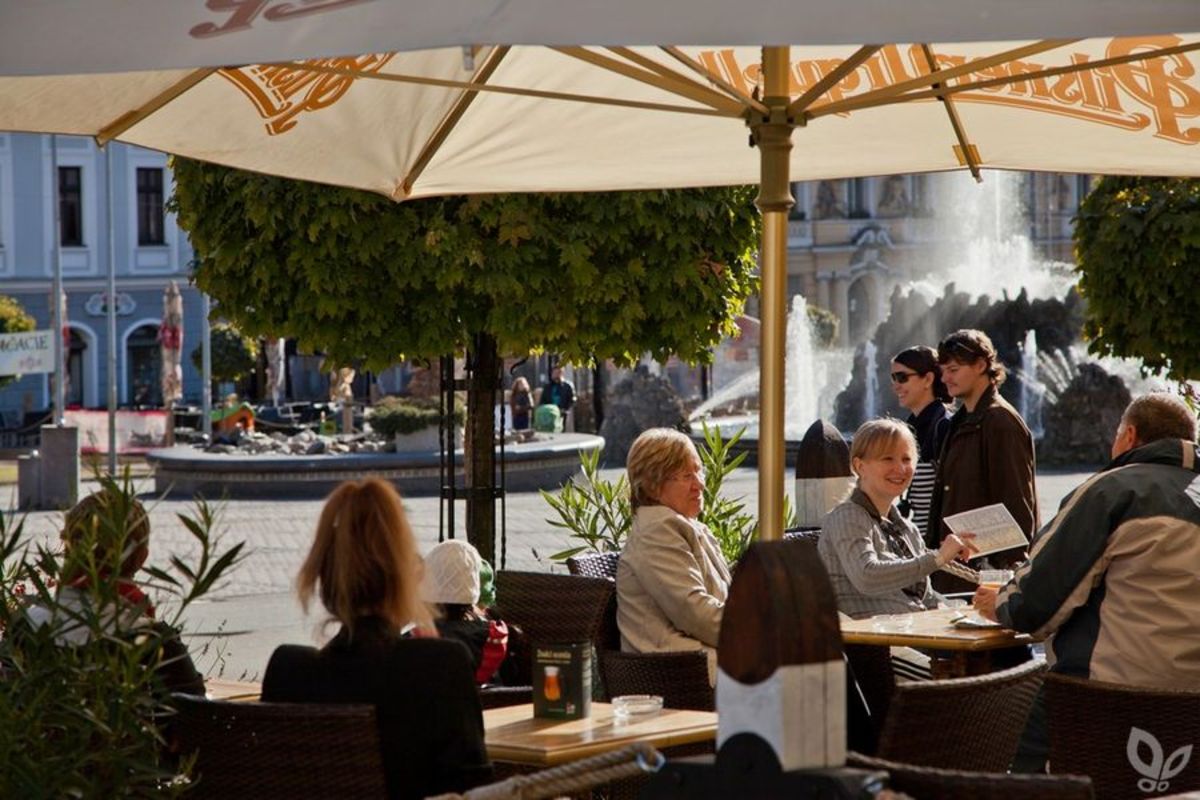 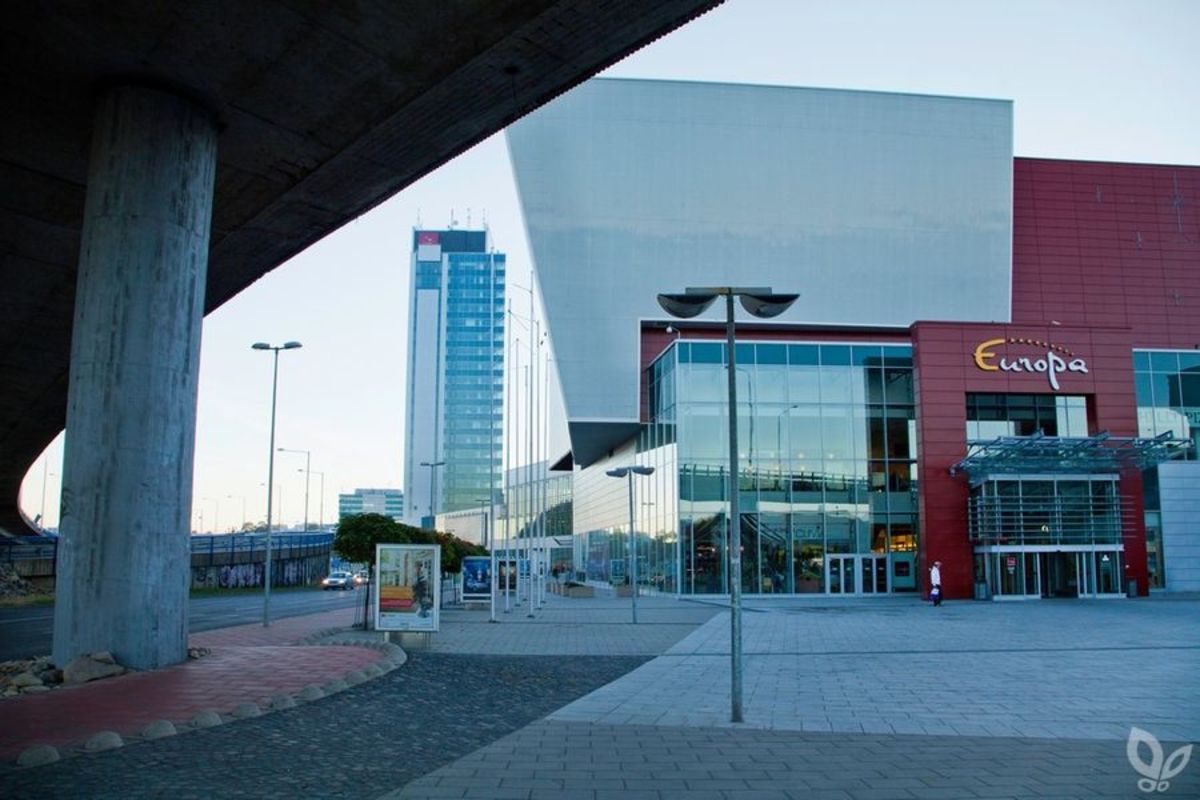 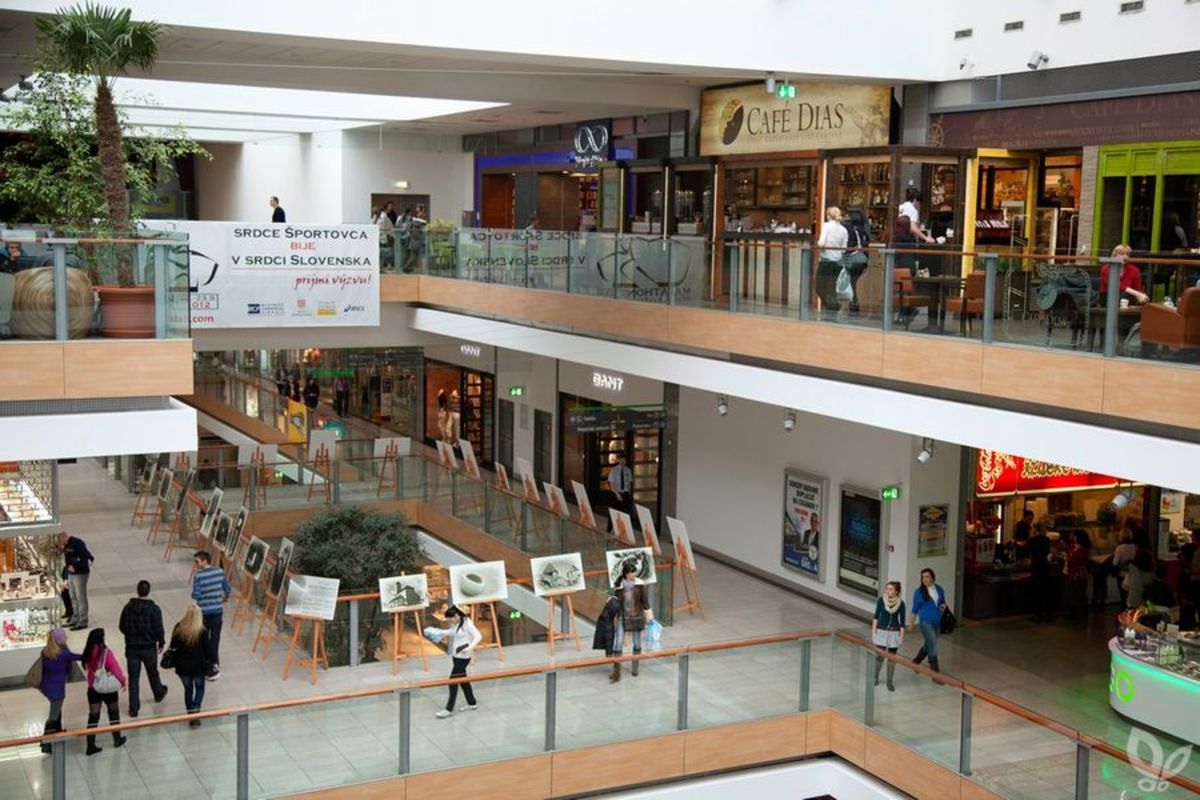 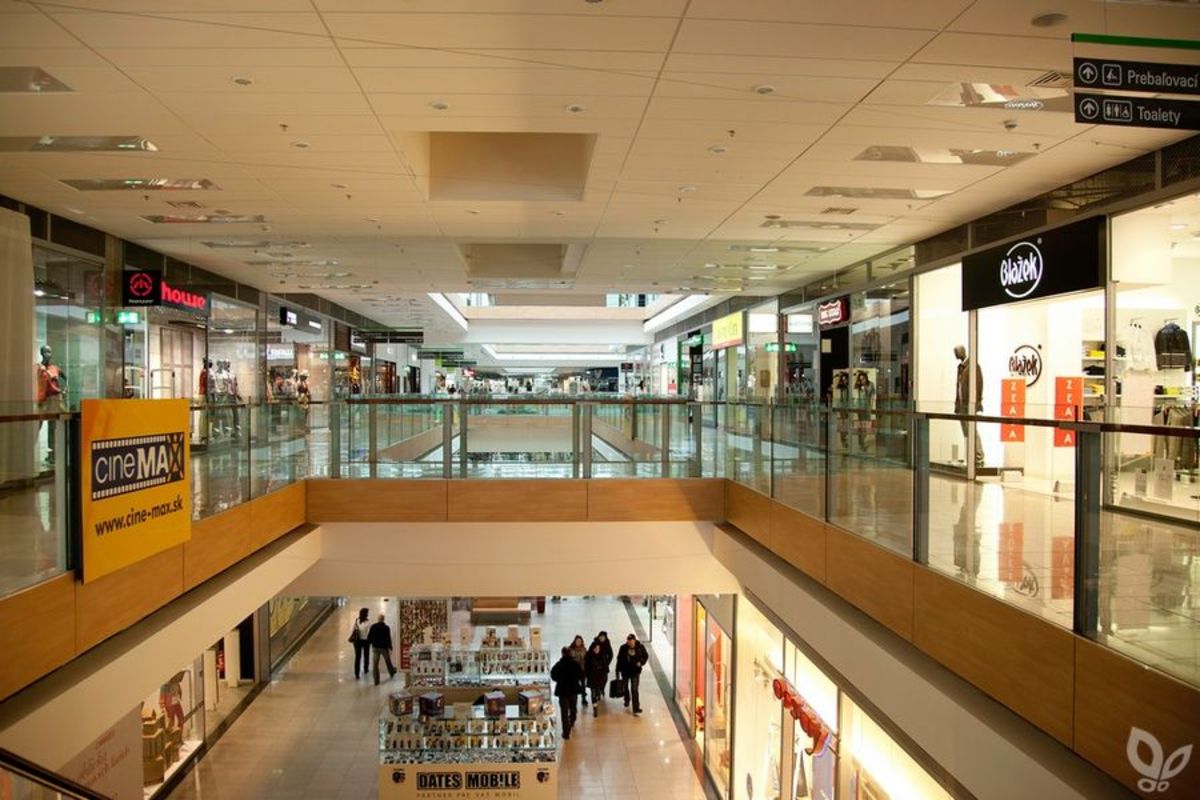 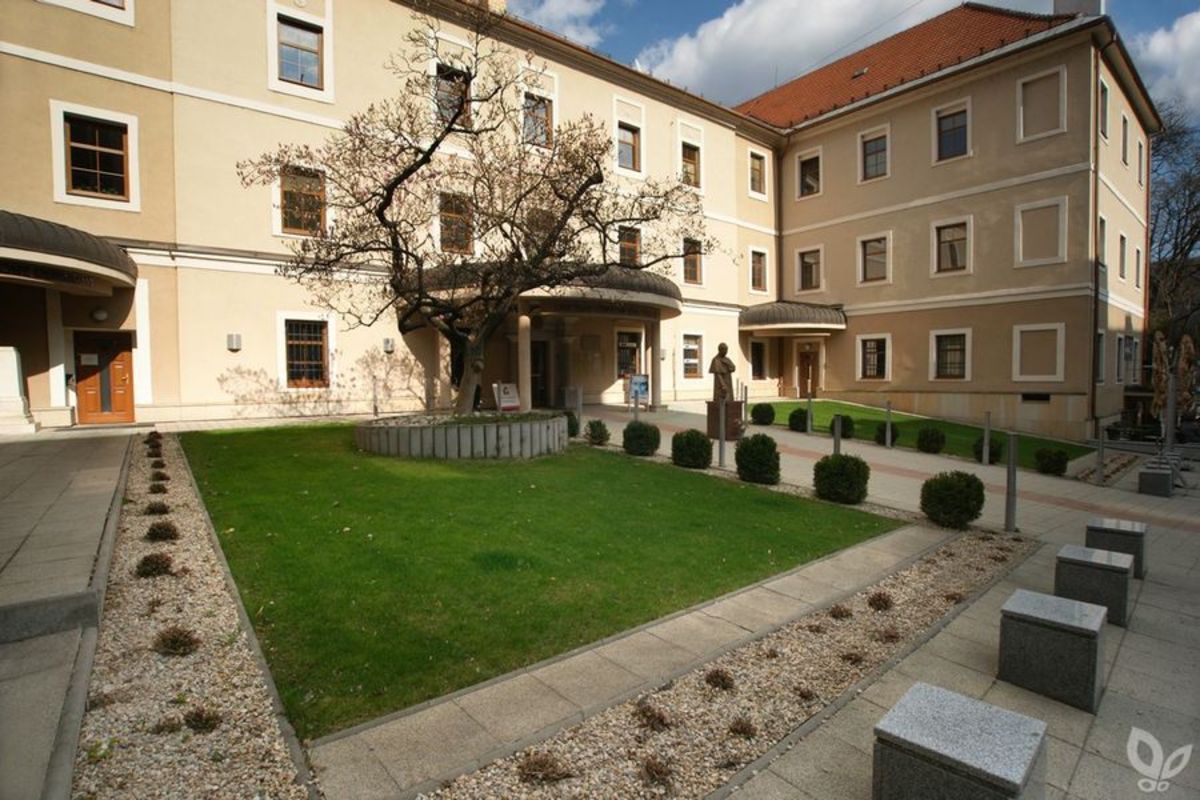 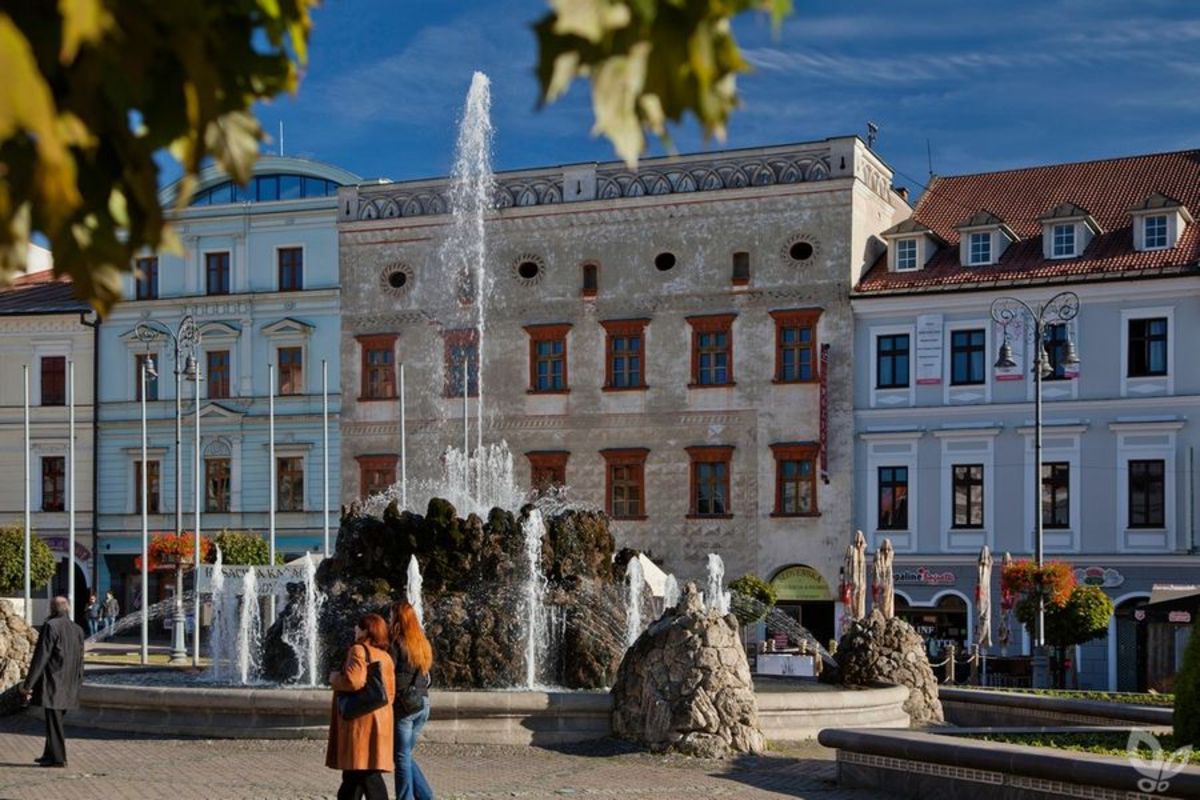 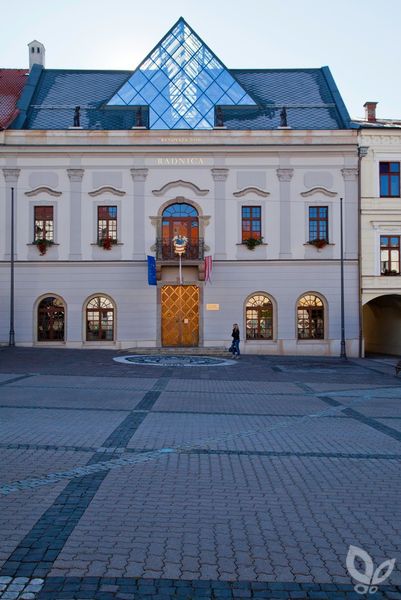 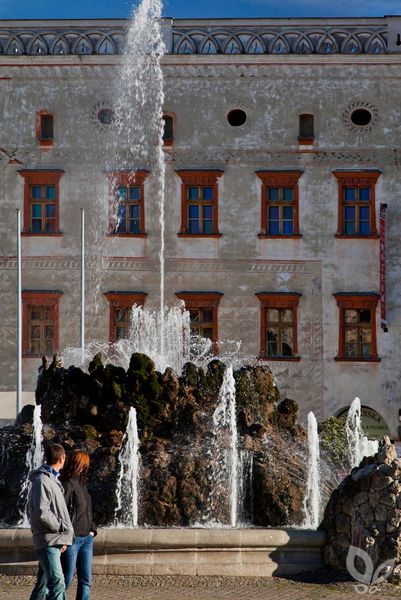 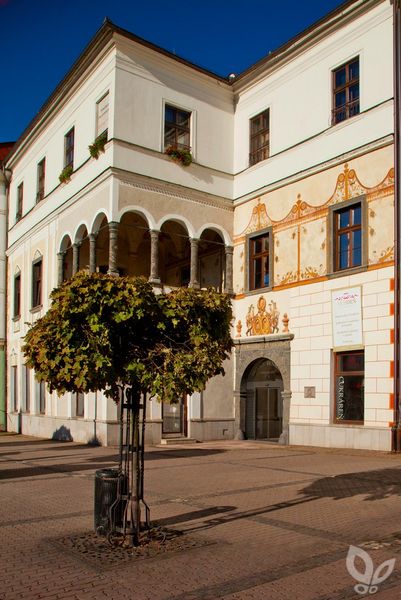 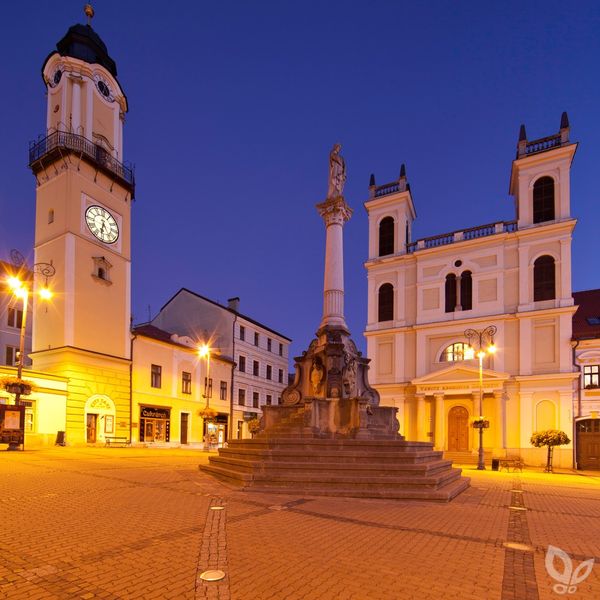 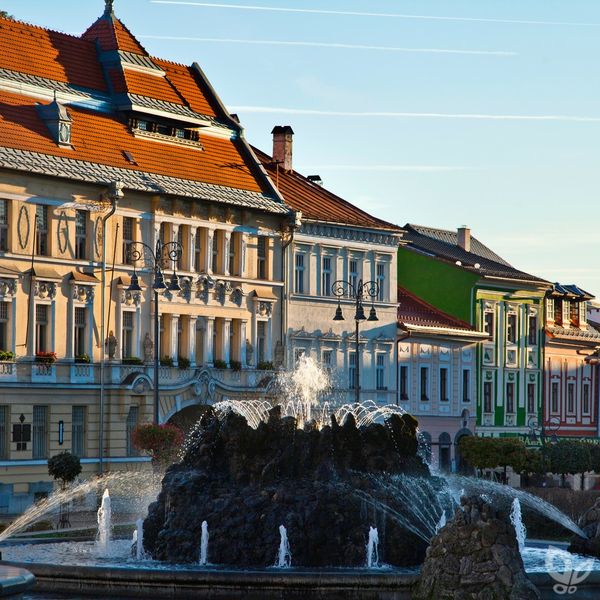 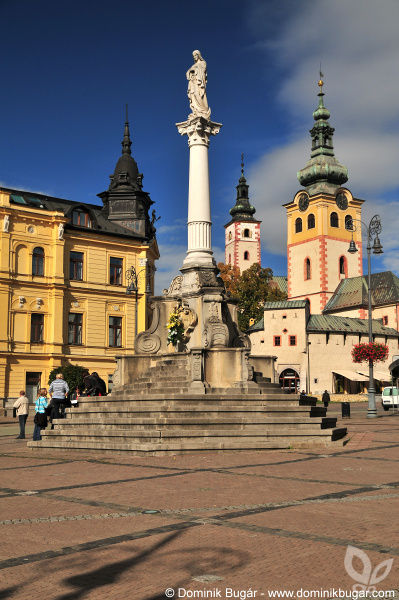 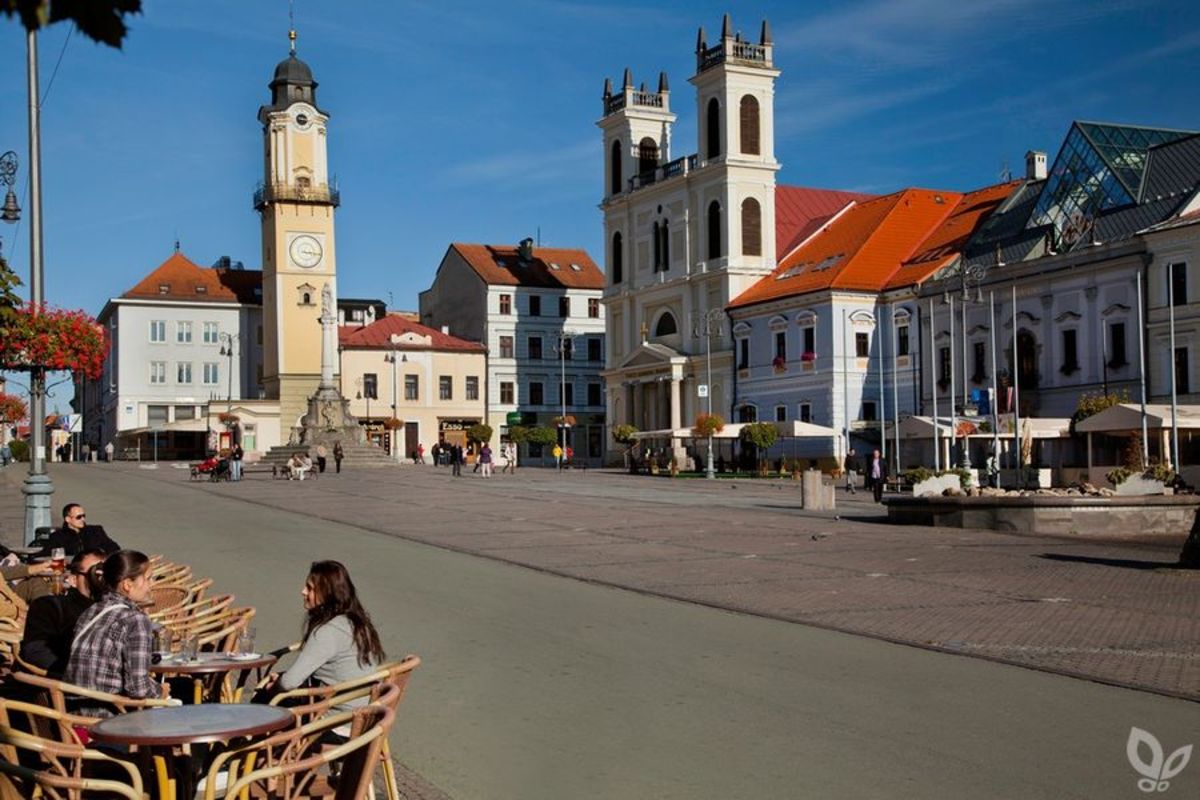 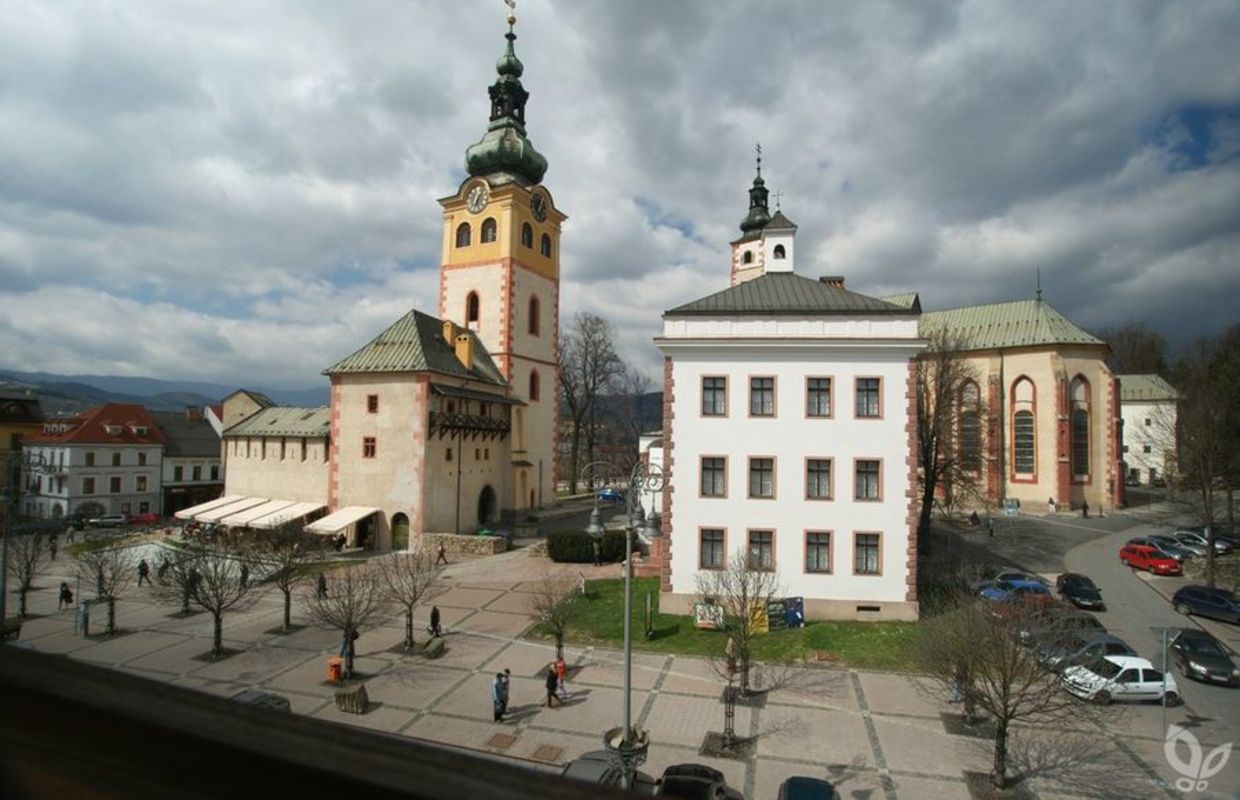 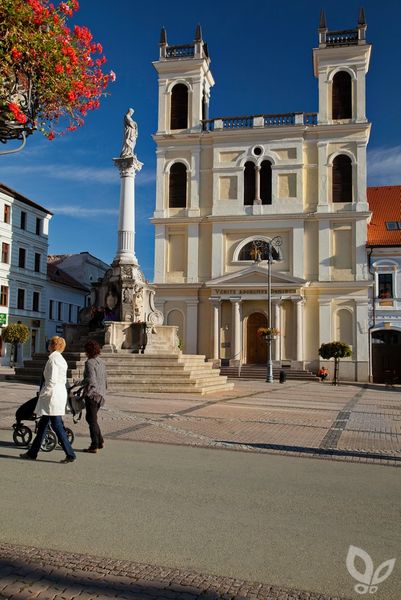