Art Film Fest in Košice provides a large-scale setting for presenting the latest works of world cinema, as well as noteworthy titles from film history and a selection of quality films curated from the Slovak cinematic tradition.

In 2016, Art Film Fest moved house to Košice, chiefly drawn by the city's more accommodating infrastructure. The cultural and economic hub of eastern Slovakia, Košice is an ideal location for a film festival. This year it celebrates a 25th jubilee.
Art Film Fest will be held in the centre of Košice. The programme of accompanying events for the wider public will take place on the city's High Street (Hlavná ulica). Films will be screened at several venues - Kunsthalle, Kulturpark, rear section of the Old City Hall (former Slovan Cinema), Úsmev Cinema, Tabačka Kulturfabrik Cinema and The Amphitheatre.
The festival's centrepieces are its two competition sections – for feature films and short films, respectively. Winners of each are determined by international juries, who grant the Blue Angel Award for best film, director, actress and actor. The non-competition sections feature the works of established filmmakers, notable films of various national cinemas, cult classics that have made their mark in film history and thematically oriented film projects, as well as profiles and retrospectives of acclaimed filmmakers.
The constant concern of Art Film Fest's organizers is to attract Slovak audiences, generate enthusiasm for the art of cinema and educate as well as cultivate film admirers and connoisseurs. Spontaneous audience interest is central to Art Film Fest’s philosophy, and thus we chiefly aim to interest and attract students and young people. A marvellous atmosphere, appealing programme, stars, luminaries and tens of thousands of visitors are the hallmark of the festival.
The festival is accompanied by frequent evening concerts, workshops, autograph signings, discussions, exhibitions and vernissages.
It's a time-honoured Art Film Fest tradition: this year's attendees, especially the students among them, can look forward to camping out at the festival. A tent city will be at visitors' disposal in the park at Kasárne (Kulturpark). The park is a lovely, tree-shaded area just metres from the main cinemas. The tent city will be open from noon, 16 June through noon, 25 June 2017.
Art Film Fest has been held in the Slovak Republic since 1993, first in Trenčianske Teplice and later expanding to Trenčín. As of 2016 the festival has relocated to Košice.

International Competition of Feature Films of 60 minutes or more

Submissions must be fiction films produced in the preceding or current year (for this year, this means films copyrighted in 2016 or 2017). The competition is primarily oriented towards filmmakers early in their careers – only a director’s debut, second or third film may be submitted.

International Competition of Short Films of up to 30 minutes

The competition is limited only by runtime, not by genre – it is open to fiction films, documentaries and animated films, among others.

Every year since 1995 Art Film Fest has bestowed the Actor’s Mission Award to world-famous performers for their outstanding contributions to the art of film acting. The award has been received by 58 international and Slovak performers to date. 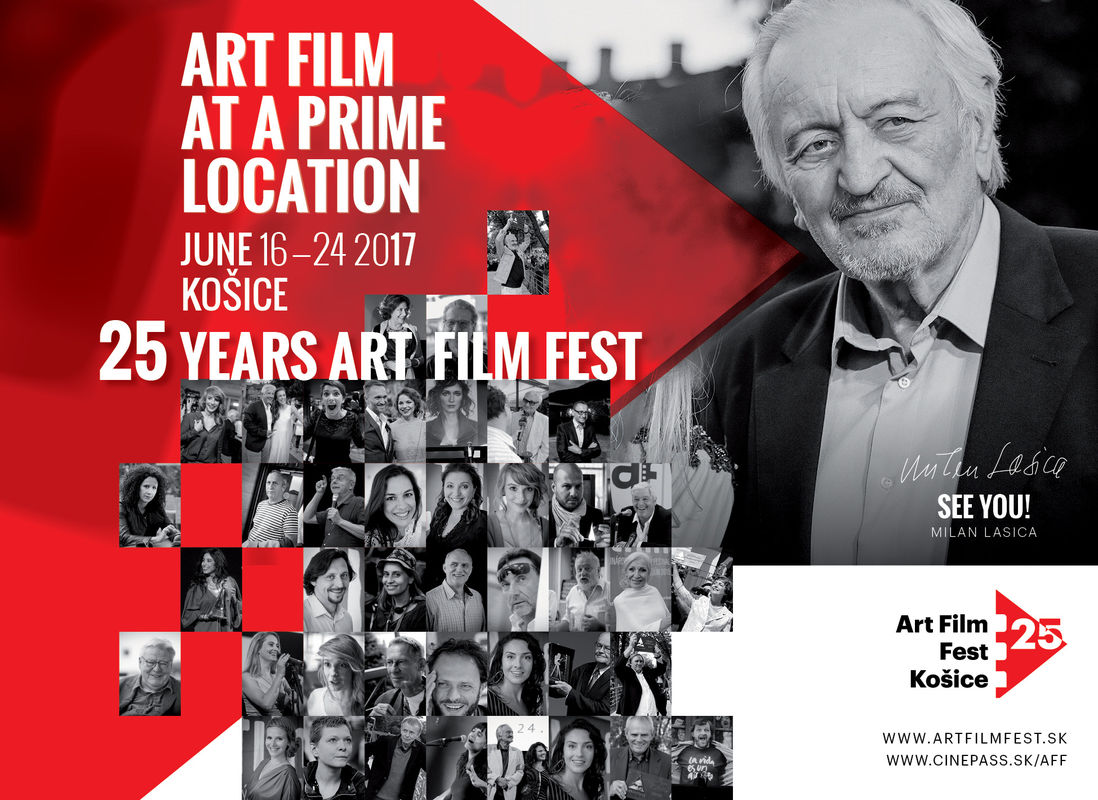