ŽILINA is the metropolis of the north-west of Slovakia and a "pearl of the Váh river". It is one of the oldest Slovak towns with unique history and many rare historical and artistic monuments.

An architectural dominant of the town is the Baroque Church of the Conversion of St. Paul the Apostle with two towers and the Capuchin monastery from the mid-18th century. They are situated  in a square-shaped Mariánske námestie square with the typical porticoes. The Old Town Hall in the corner of the square has undergone several reconstructions. Its present appearance is from 1890.

The Most Holy Trinity Church (Cathedral) was built around 1400 on the site where there used to be a castle in the 13th century. The Burianova veža tower standing near the church is one of the oldest Renaissance belfries in Slovakia. It is a detached building and its design resembles that of Italian municipal belfries called campanillas.

The Church of St. Stephen the King in the part of town called Dolné Rudiny is the oldest preserved architectural monument in the territory of Žilina. Experts date the origin of this Late Romanesque church to the 13th century. Its interior ornamentation is especially valuable.

The Castle of Budatín is the dominant of the northern periphery of Žilina. The Castle has a unique exhibition of tinkers trade products, the only one of its kind in the world. The Castle is to be under construction by 2013. 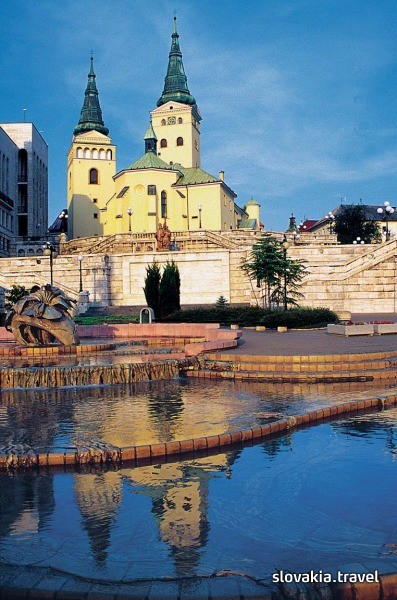