Rafting using wooden rafts is one of the greatest tourist attractions of northern Slovakia. One of the unforgettable experiences is certainly rafting down the river Dunajec in the splendid natural scenery of the Pieniny National Park.

The oldest written documents about wood rafting come from 11th century. It became more widely used as a result of settling of the mountainous regions and development of woodcutting. It has existed as a tourist attraction since the half of 19th century.

The wooden raft is a vessel made of logs, beams or boards. Besides wood transfer, it used to serve for transferring various materials, occasionally also people. The best known route is rafting down the Prielom Dunajca from the village Červený Kláštor. The end of route is near the chalet Pieniny where one can listen to goral music and taste goral specialities.

The rafting season usually begins on 1st May and it finishes on 31st October. Tourists can also see wooden rafts on the river Váh below the mountain Strečno or on the river Orava. 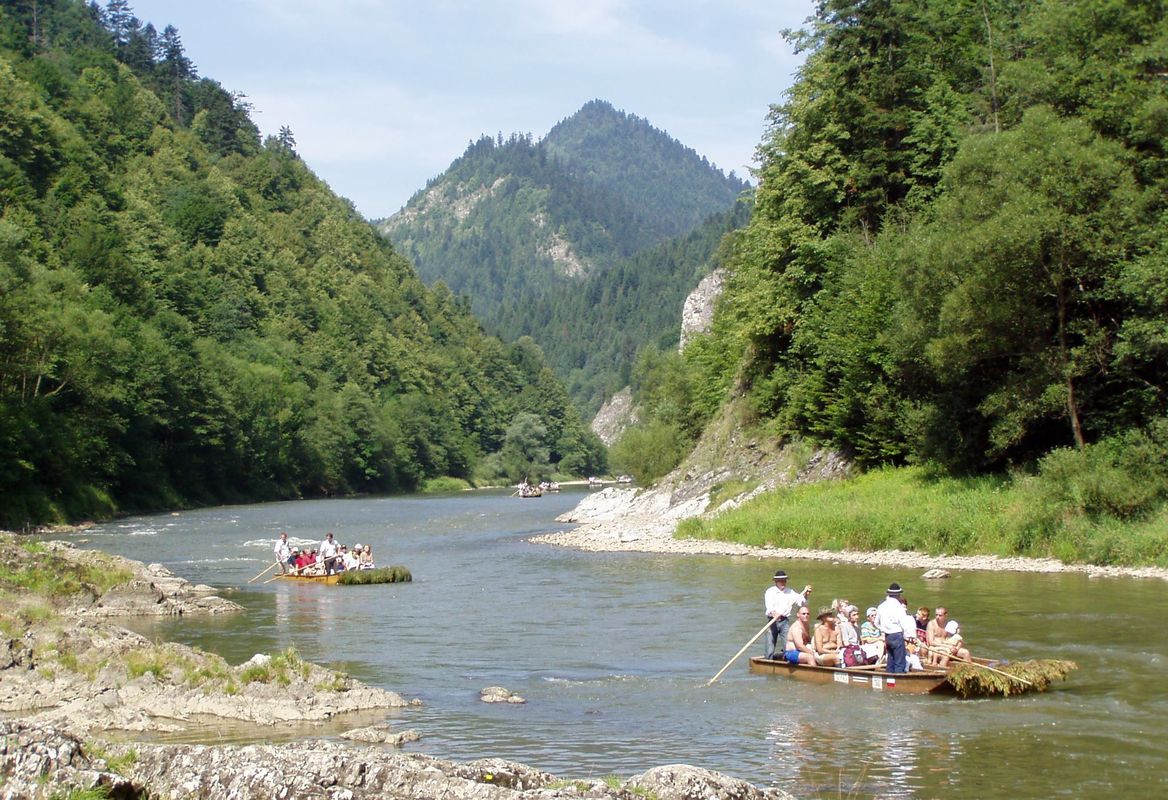