The wood carving craft, which involves decorating wooden objects by carving, engraving, sawing, sharpening, beating, burning and other techniques as well as making various objects of art from wood, became one of the most exquisite crafts in Slovakia.

In the past, wood carving was in many cases only secondary to other crafts (manufacturing of agricultural tools, woodturning, wooden-spoon making, carpentry, wheels and trolleys manufacturing) as well as the complement of work of shepherds, millers, miners, beekeepers, gingerbread makers, farmers and wood-cutters, who drew their inspiration from their surroundings and religous traditions.

It was used to decorate houses, especially gates of wealthy homesteads (environs of Zvolen and Levice), gables and columns of porches as well as furniture, tomb crosses (Detva, Gemer and Novohrad) and sometimes agricultural tools.

Shepherds decorated their sticks and tools and carved special jugs called črpák, miners made various wooden figures, millers decorated their mill equipment and bee-keepers were known for their figure-shaped beehives. Each of them gave this craft their specific features. Wooden spoon making was another specific craft spread throughout Slovakia mainly in the environs of Stará Turá in western Slovakia. The products of wooden spoon makers were sold at markets and fairs, the most important being the Radvanský jarmok fair in Banská Bystrica.

Slovak folk wood-carving underwent a specific development in the era of socialism. The cease of sacral production and the requirement of "traditional manufacturing" put a halt on a natural development of this craft. As a result, wood-carvers who grew up in new cultural and social conditions, were thematically inspired by the works of their fathers and grandfathers, failing to provide their own artistic contribution.

Following 1989 a technological advance in the manufacturing can be observed (machine equipment), which is aided by accessible literary sources and an ever more frequent use of the Internet. This was reflected in developments in various areas, and the image of a wood-carver cutting a piece of wood with his knife next to an oven is a thing of the past.

New craft – carving of Christmas cribs – has found its way in Slovakia. It is no longer associated with a particlar location, as is the case with, for instance, the manufacturing of shepherds' kitchenware or sticks. Small-scale home galleries of wood-carvers are being founded and are involved in the creation of a variety of offers of Slovakia's regions, with craftsmen setting up associations and presenting themselves.

The beautiful and various products of wood-carving can be seen at folk and historical markets and are counted among popular Slovak souvenirs. 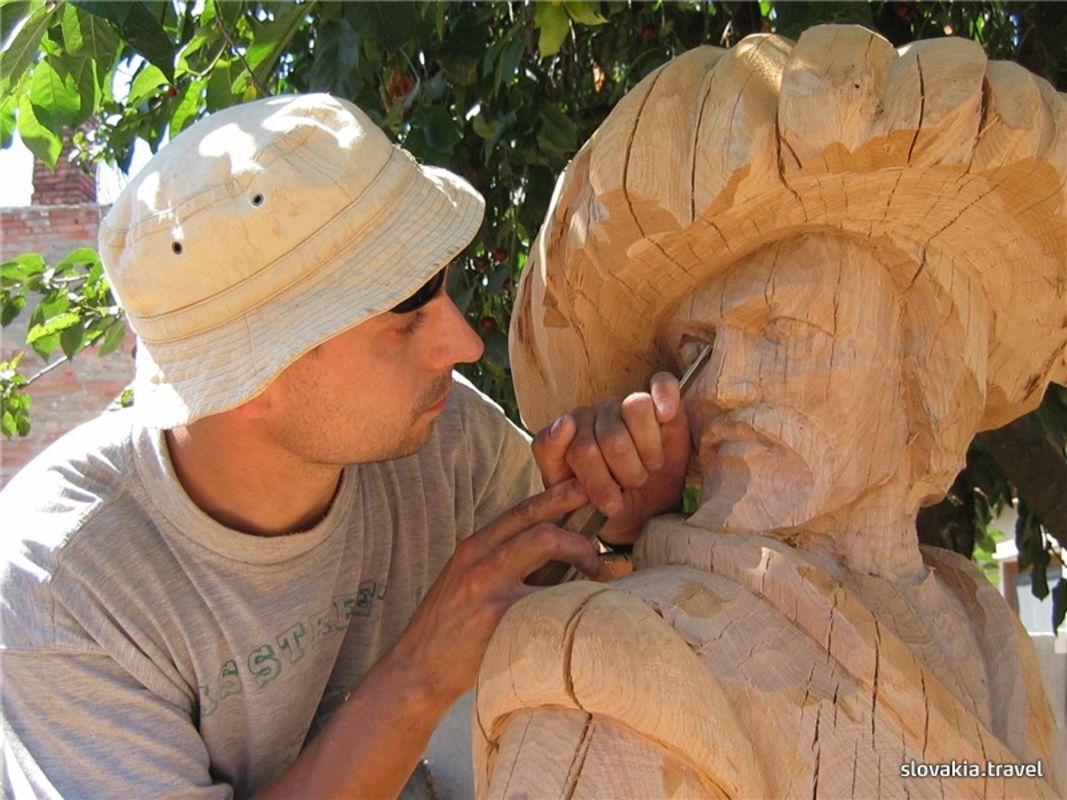