Slovak wines already used to be popular in the past on several emperors' or kings' tables. If you are interested, what made Their Lordships to love them, the best way how to find it out is to start tasting on your own…

The fist vineyards on the territory of Slovakia were founded by the Romans and the unique archaeological findings of the wine-grower´s knives date from 7th century. The first written documents about wine-growing date from 11th – 13th centuries. The wine-growing tradition is proved by the motifs on village seals and town coats of arms.

Vine growing or viticulture is considered the oldest branch of farming oriented to growing of vine and processing of grapes.

Areas of Slovakia where vine is grown, following the European regionalization, are classified into zone B. In total there exist six viticultural regions in Slovakia with forty areas. These areas stretch on the total surface of more than 20,000 hectares of vineyards.

Almost four fifths of vineyards are located in the region of the western Slovakia, about 13 % exist in the central Slovakian region and some 7 % is in the eastern part of the Republic. Viticultural areas are further broken down into viticultural communes.

It the 13th century the most important wine-growing region was the region of the Malé Karpaty mountain range. German colonist also contributed greatly to creating the particular character of the wine-growing culture of this region.

Various customs are connected to the wine-growing tradition; e.g. decorating the statue of St. Urban, the patron saint of wine-growers, with vine twigs, customs connected to vintages, pouring wine onto the ground for the souls of those dead before the toast, etc.

Gradually wine-growing became more important and wine became an important commercial and export article. It is said that račianska frankovka (Frankovka of Rača) was drunk and appreciated at the court of Maria Theresa.

Among the best quality products of wine-growing and wine-making in the Kingdom of Hungary was the Tokay wine from the southern slopes of the Zemplínske vrchy mountain range. 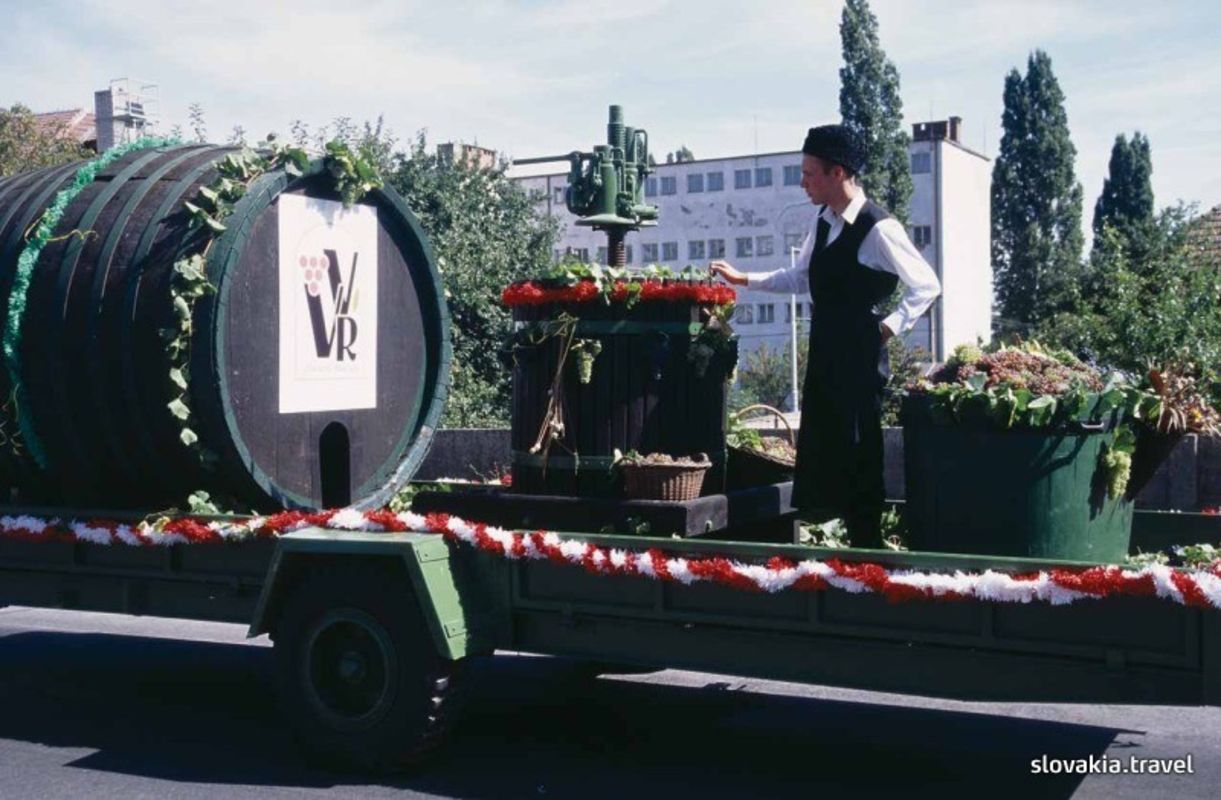