Western Slovakia boasts both hilly regions and lowlands including Slovakia’s agricultural heartland in the south-central region. The area offers a number of curative mineral springs, and a couple of notable spas built around these springs, such as Piešťany and Trenčianske Teplice.

The region features castles and fortresses built as part of the network of anti-Ottoman fortresses to protect the northern territories of the Kingdom of Hungary. Europe’s largest fortresses is in Komárno.

Trenčín Castle and the country’s popular fairy-tale castle in Bojnice are among western Slovakia’s architectural landmarks.

Besides being the home of the oldest city, Nitra, western Slovakia also features Skalica, another old Slovak town, which is notable not only for its historical beauties but also for its delicacies like trdelník, and the dark red and thick wine Skalický Rubín. Wineries are also prospering well in a number of other towns in western Slovakia. 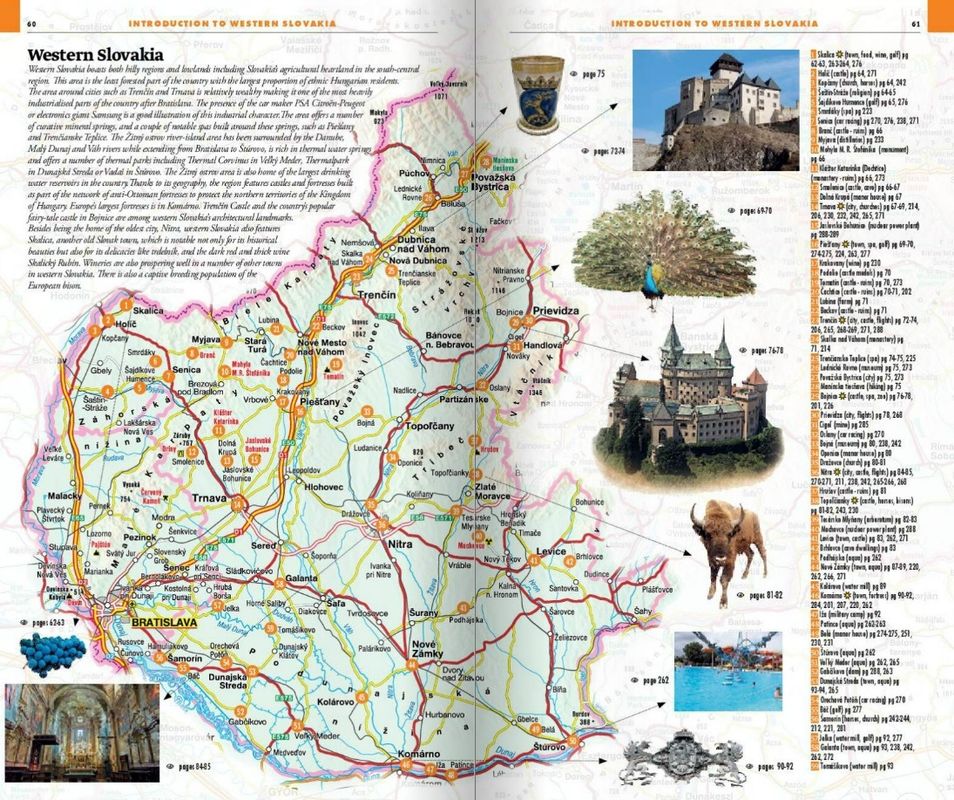