The museum depicts the significant history of waterworks in the capital city and is also a unique place for seminars, conferences and cultural, social or corporate events.

In the building, which was built in the functionalist style, you can admire not only the exposition, but also the original, in Slovakia rare terrazzo floor or the shield on the entrance facade with a coat of arms of the city incorporated. As a historical monument the first well of the Bratislava water supply facility situated on the island Sihoť was preserved.
During the expansion of the public water supply facility in 1910 a pumping station with electric pumps and a pass-through concrete tunnel with two water pipelines were built on the island. This Art Nouveau object has been in operation since it was built. The island Sihoť with the first well, pumping station and a tunnel passing under the arm of the Danube are part of the exposition of the Waterworks Museum. The building of the Waterworks Museum, the first well and the first electric pumping station on the island Sihoť are national cultural monuments.
Exposition of the water supply system in modern design
The Waterworks Museum in Bratislava invites visitors into the world of three-dimensional digital visualisation, the latest presentation technology and original models of technical monuments. The new exposition was opened in September 2014 and is dedicated to the former and present water supply system of Bratislava and the surrounding region in competence of BVS (Bratislava Waterworks). It is located in the restored electric part of the first pumping station of drinking water in Bratislava from 1886.
Waterworks garden – a part of the Waterworks museum
On the shore of the Karloveské arm is a unique rest area and a non-traditional sports complex with an open area to play ball games. Thanks to the attractive playfield the garden is ideal for families with children. There is a design shelter with the possibility of organising family picnics. The dominant feature of the extended garden is the water world area, which consists of the cascading fountain Drop of water and a water tower with a nice view. The waterworks garden is part of the area of the Waterworks museum and therefore a new small exposition of pumps were added to its eastern part.
Visit
The exposition of the water supply system is open weekdays from 9:00 to 11:00 pm. If you are planning to visit us at another time (in the event of larger groups) please contact us via e-mail or our telephone numbers. Entry is free.
Excursions to the island Sihoť can be made with a minimum of 10 people. Excursions must be ordered 10 days in advance.
The waterworks garden is open during the high season (1.4 – 31.10) from 6:00 to 22:00 and during the low season (1.11. - 31.3.) from 7:00 to 19:00. 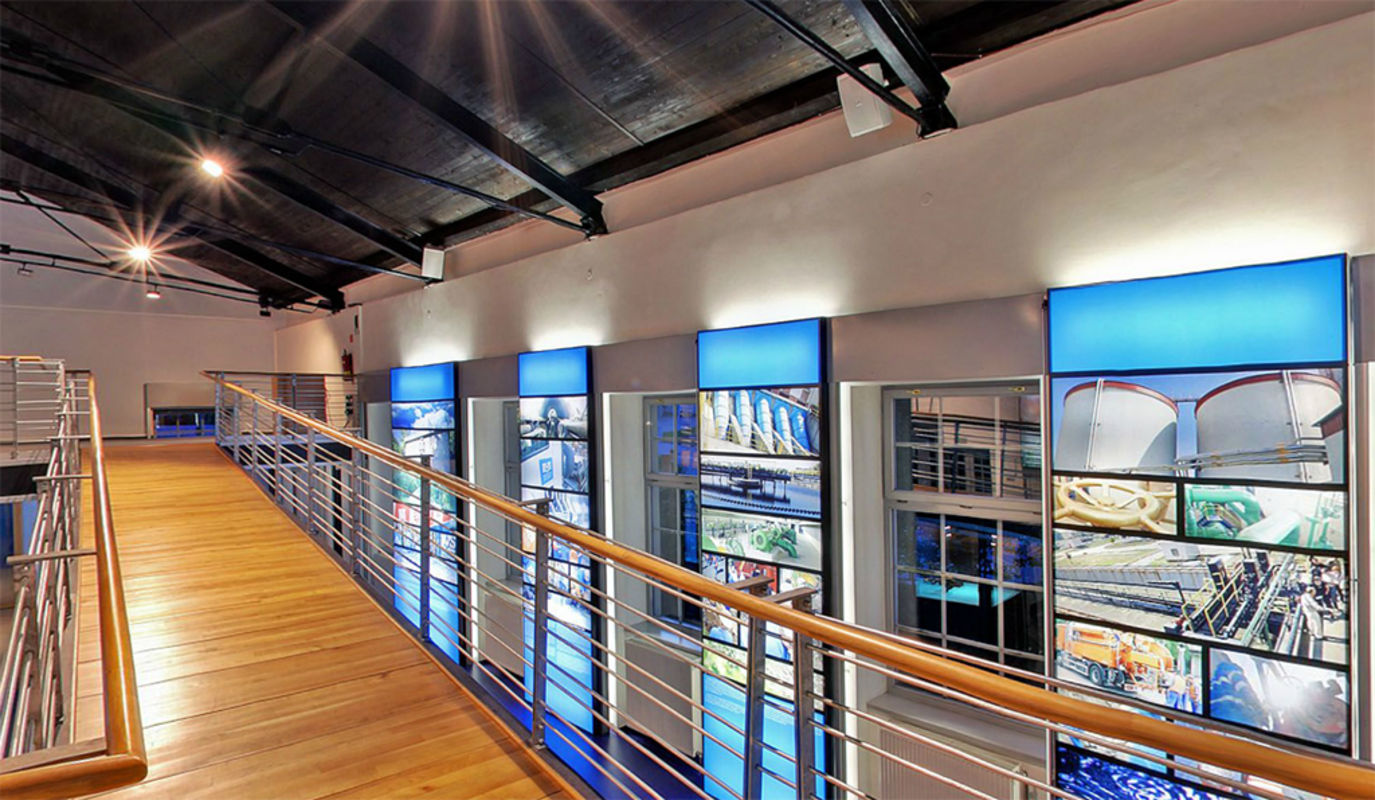 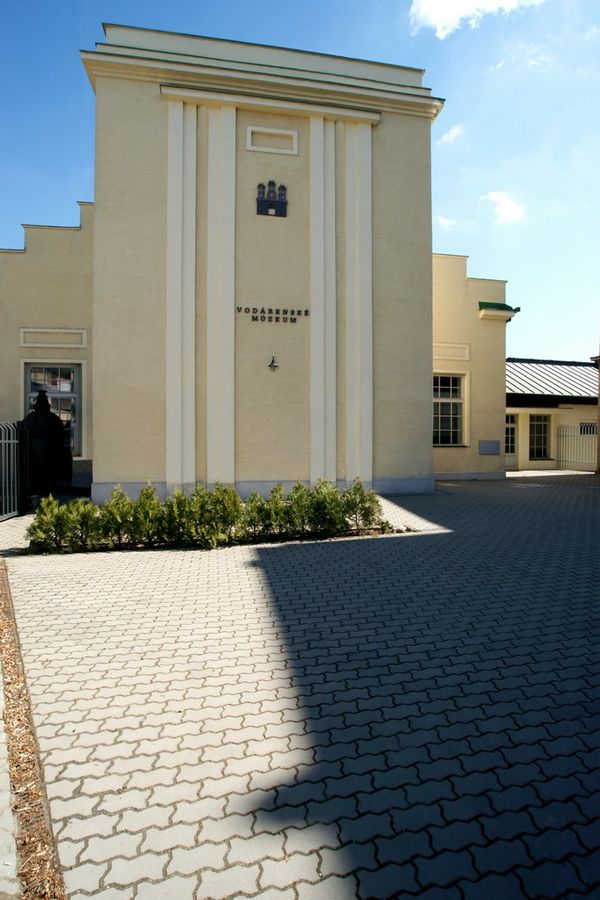 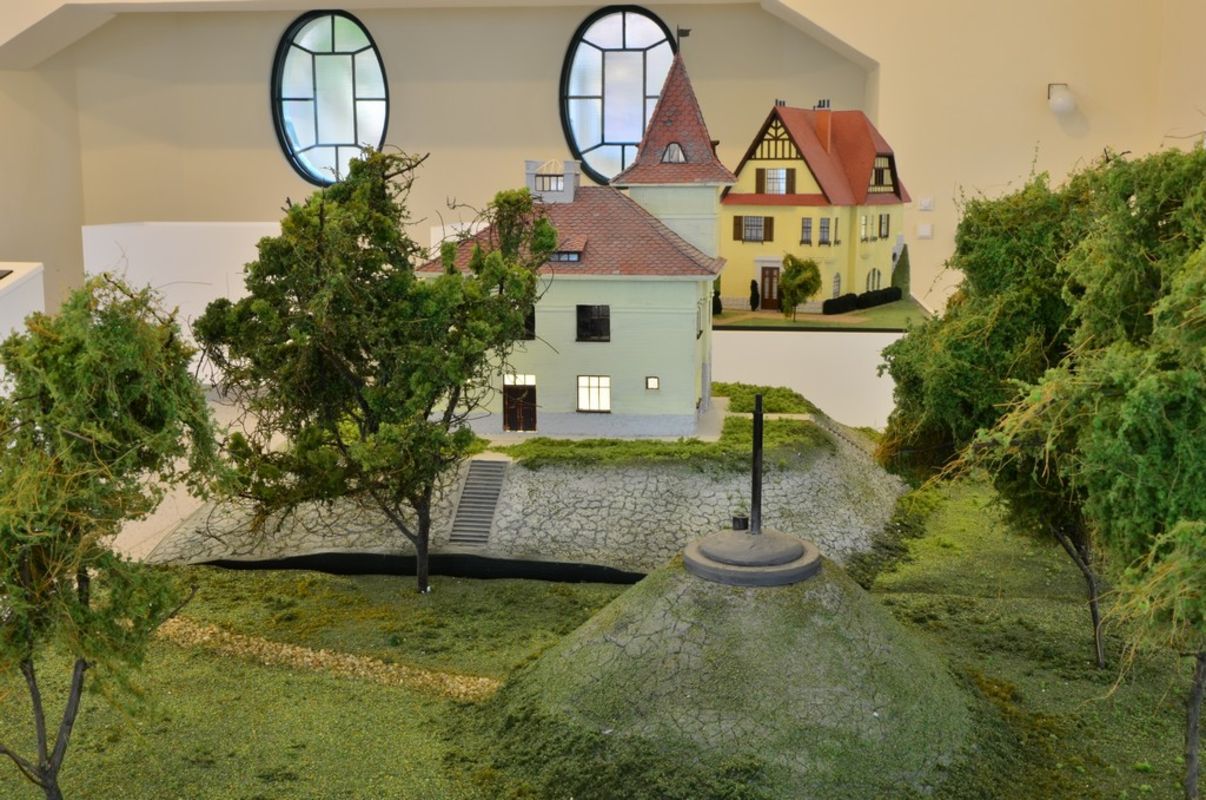 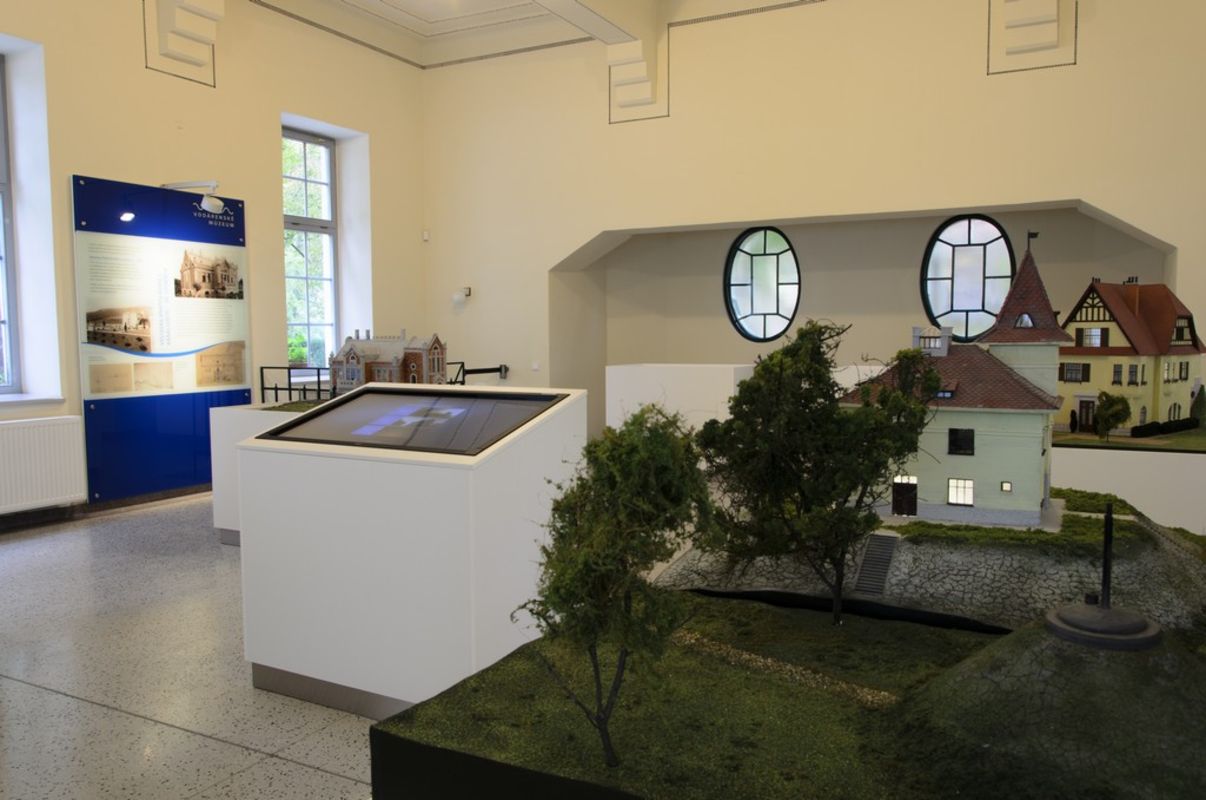 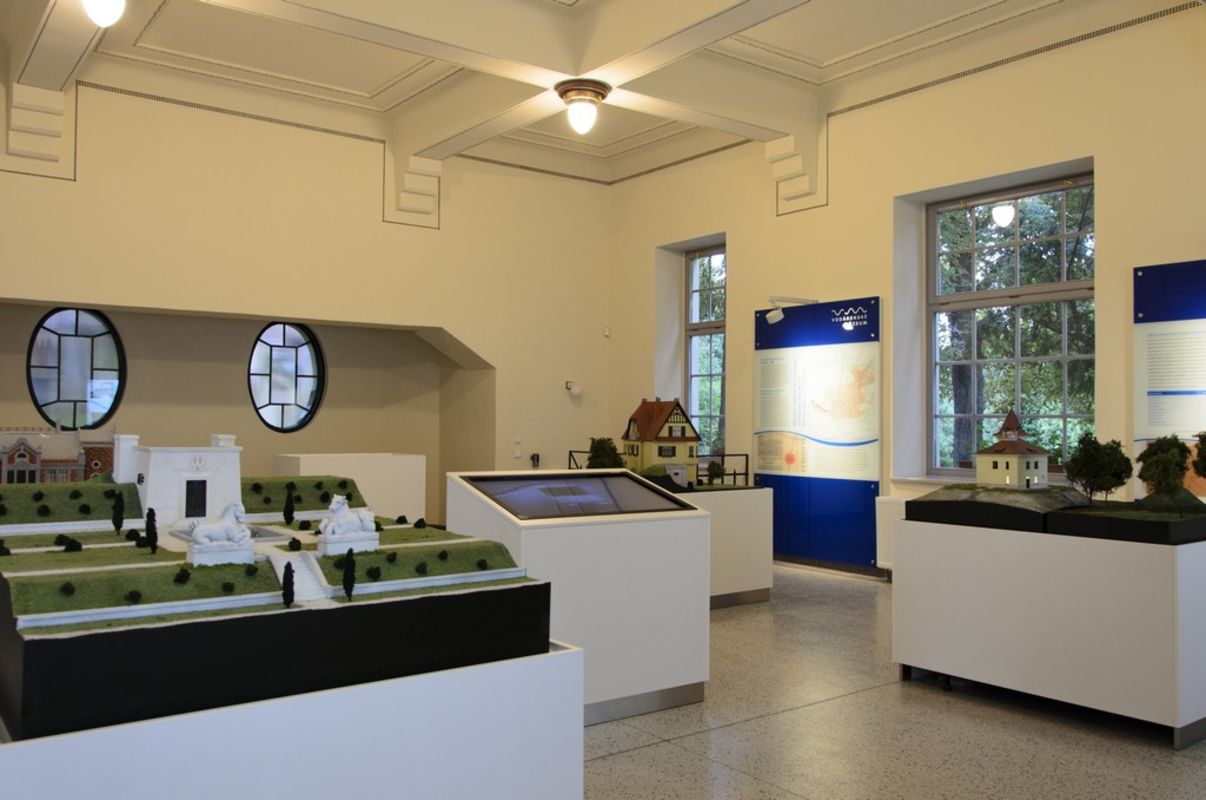 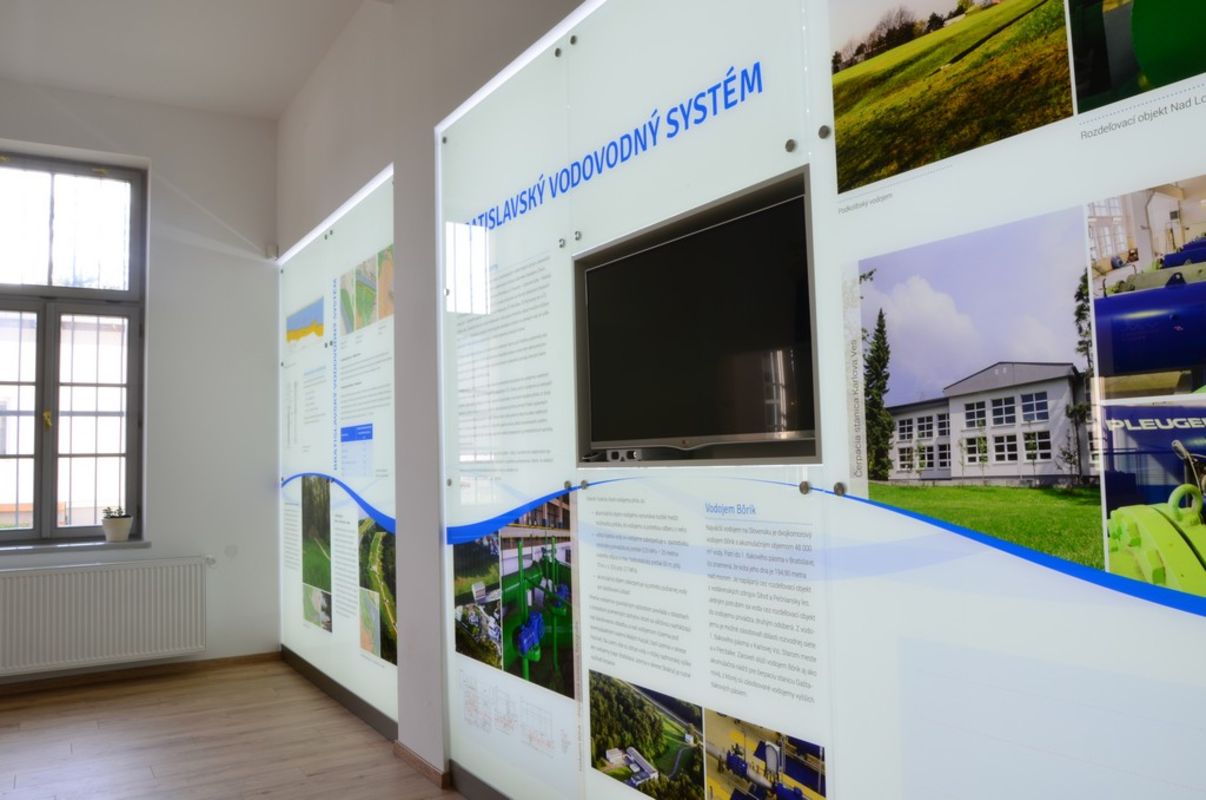 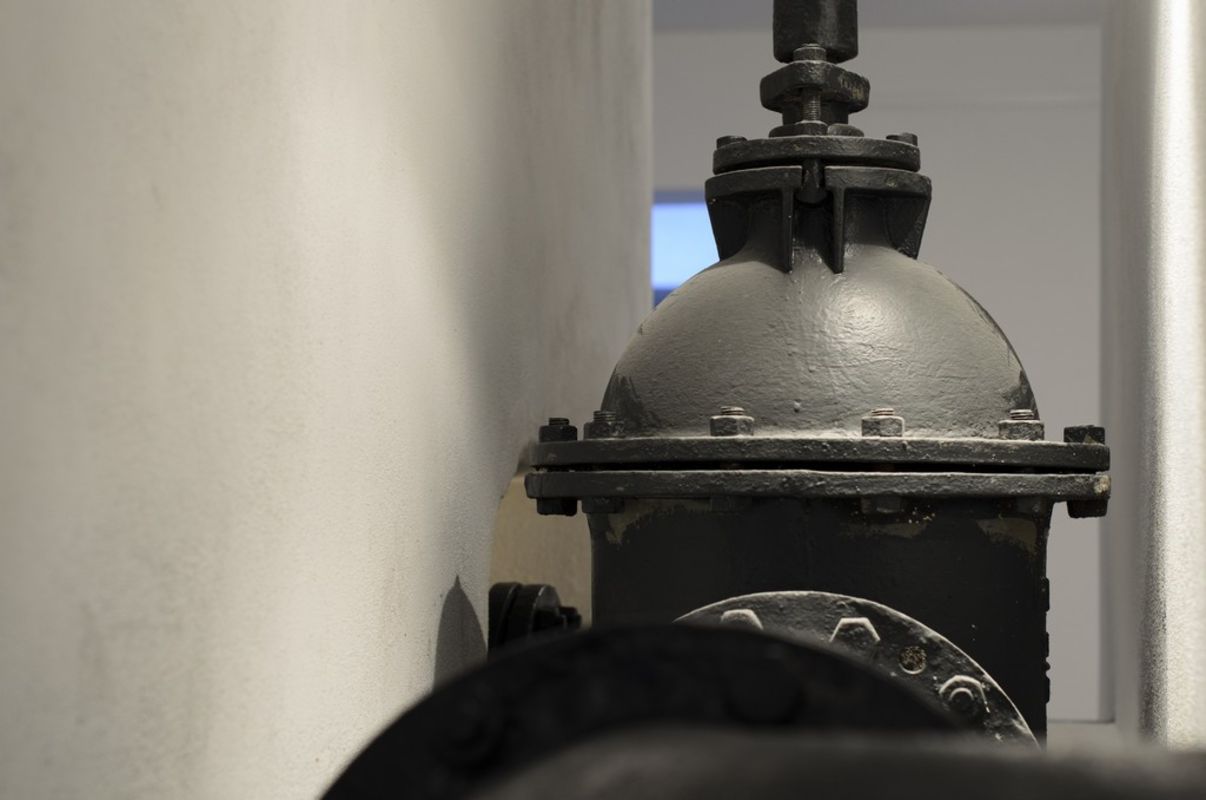 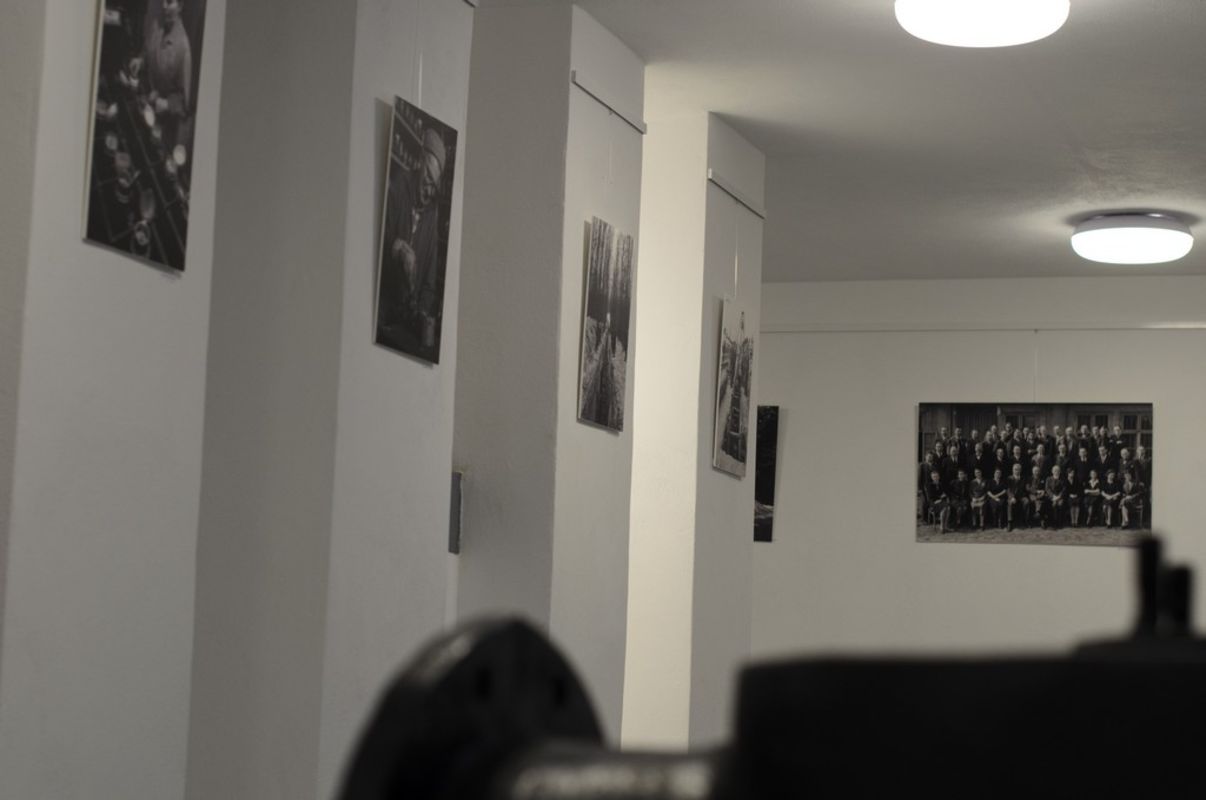 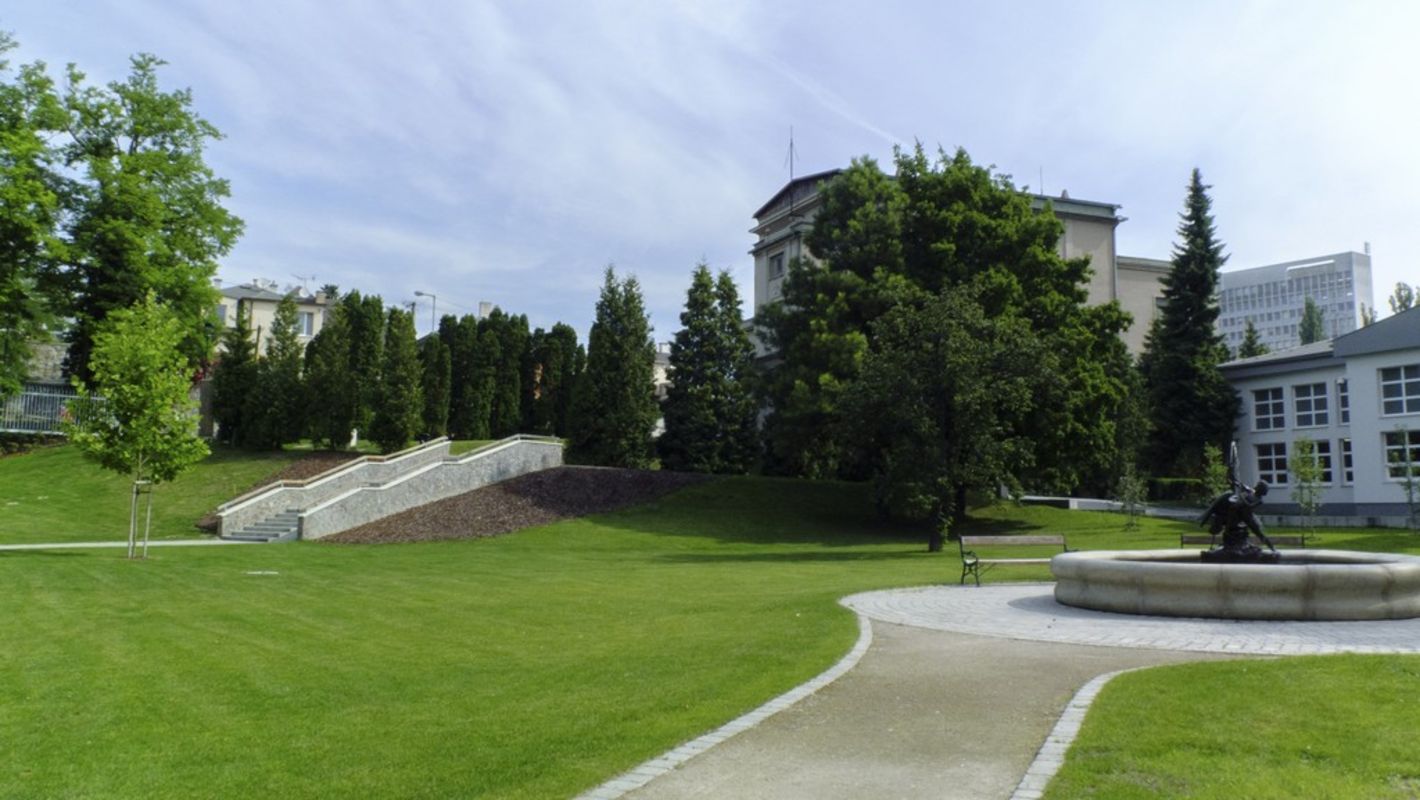 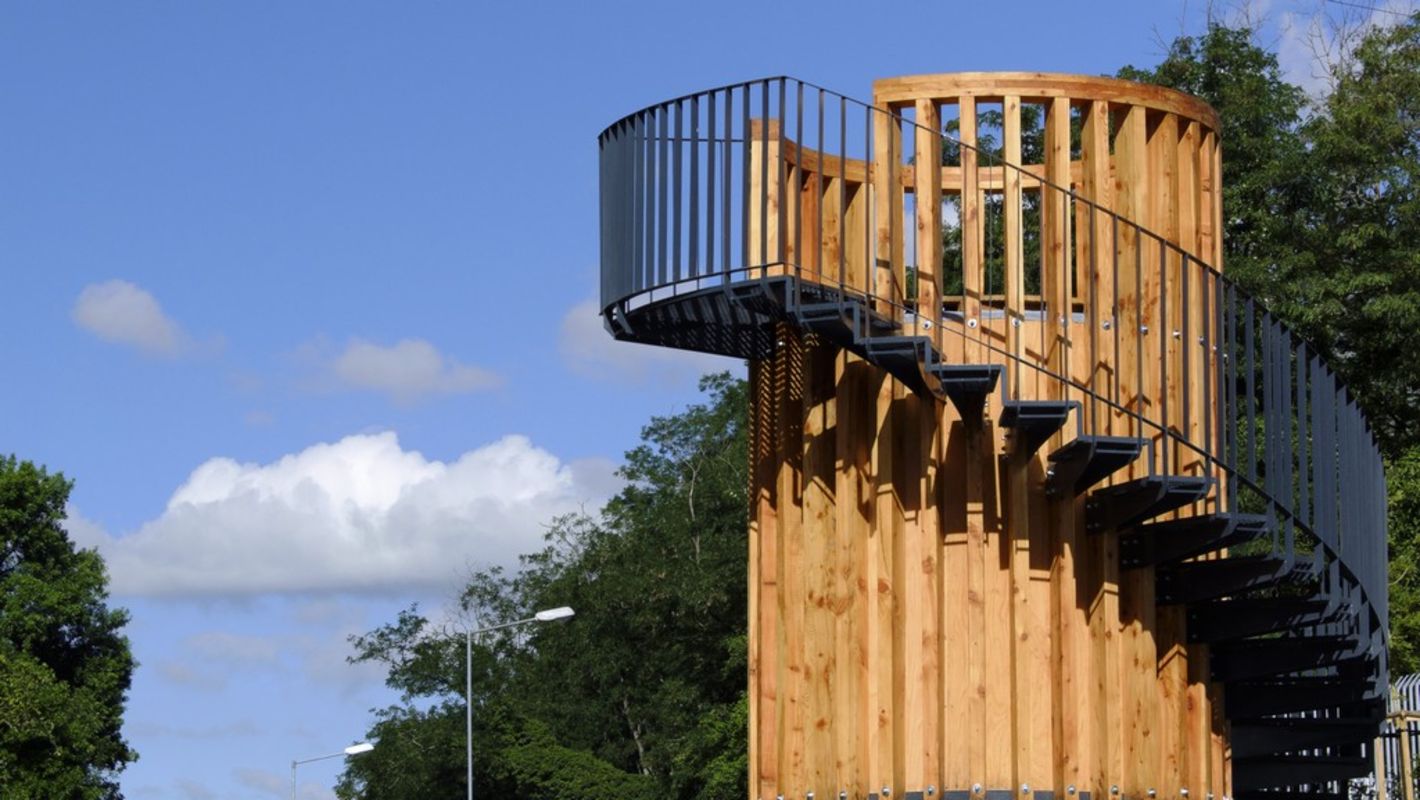 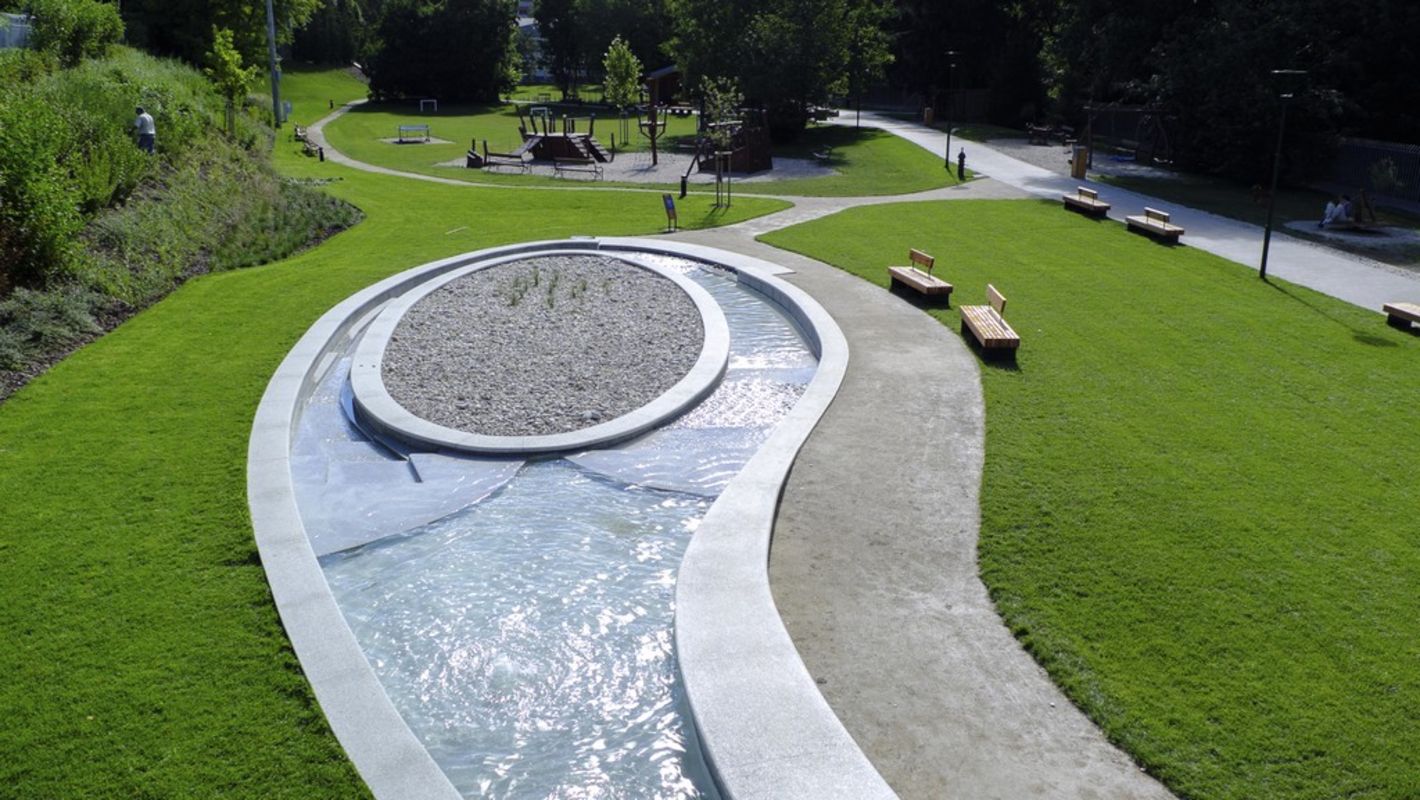 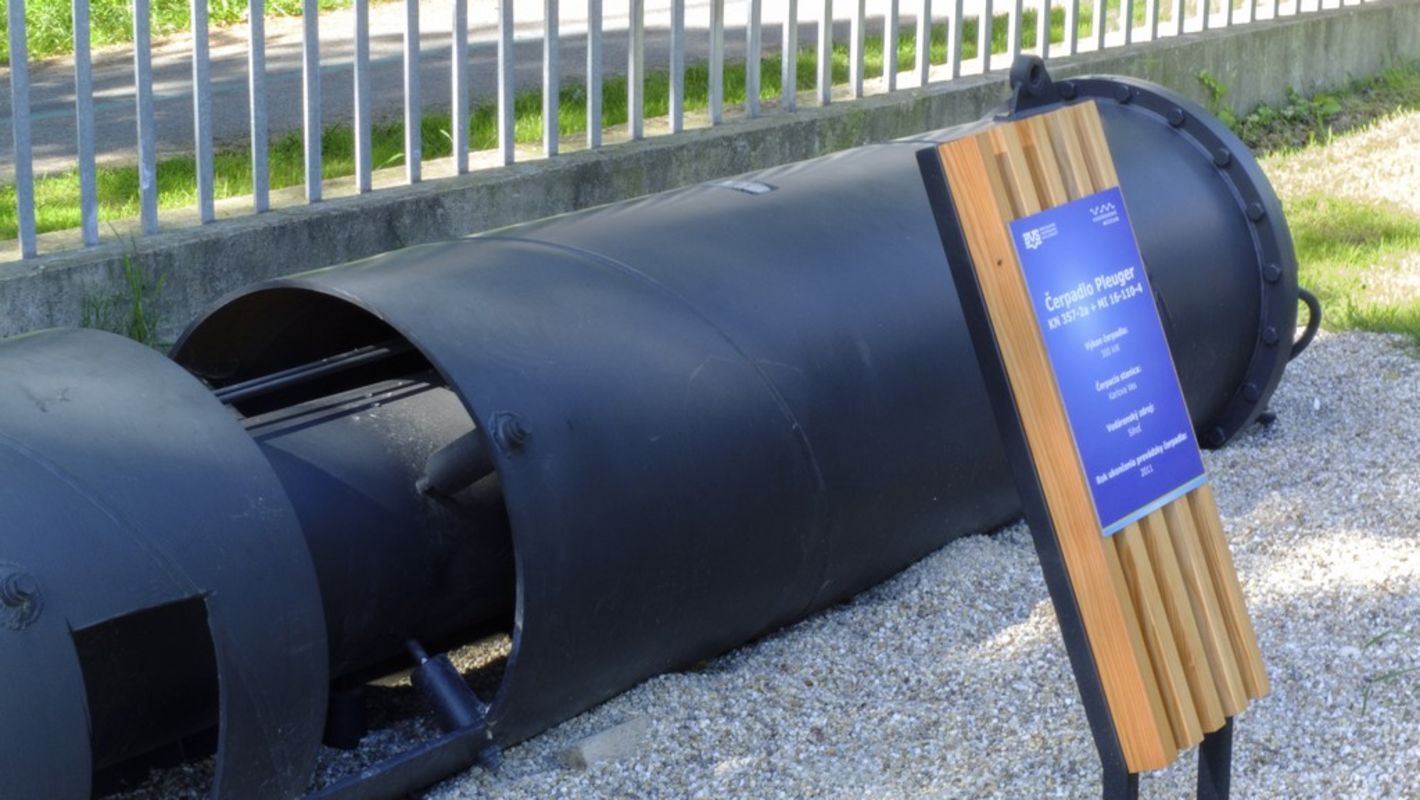