Water channel in the valley of Rakytovo

Water channel Rakytovo at Dolný Harmanec is a unique cultural monument that was used in the past for floating of extracted wood from inaccessible forest territory to the valleys. A monument of skills and ingeniousness of our forest ancestors.…

Water channel is situated in the valley of Rakytovo at Dolný Harmanec, in the forests close to Banská Bytrica.The channel was most likely built in the 19th century when wood was mostly used as a fuel. Transportation of wood in the forests of town Banská Bystrica was done by floating of wood by dragging in wood channels, water channels and sailing over the water flows.

Besides the water channel in Rakytovo, other water channels were in function in the past, water channels in the valleys of Cenovo (4 650 m long) and Prašnica (1840 m). Throughout the year, extracted wood was transported to the water channel by horses, manually or using dry channels. Then it was cut and split into fuel wood. Next spring the fuel-wood was thrown into the water channel, little by little. There were guards located along the whole channel  who controlled a smooth movement of the wood in the through of the channel. The channel was dammed up at the outfall whereby a small lake was created. From there wood was lifted using long sticks with hooks and the workers put the chunks in piles with wood of approximately the same length. Piled wood could also be floated by the stream Bystrica to Banská Bystrica where it was caught on the rake.

In 2000, the water channel became a national cultural monument. Its overall length is 2 450 m, the whole construction is made of wood – spruce and fir, without using any other materail like iron or plastic. Visit a beautiful surrounding of peaceful forests at Dolný Harmanec and see with your own eyes the uniqueness and ingeniousness of our forester ancestors and their ingenious system of wood floating through the water channel. 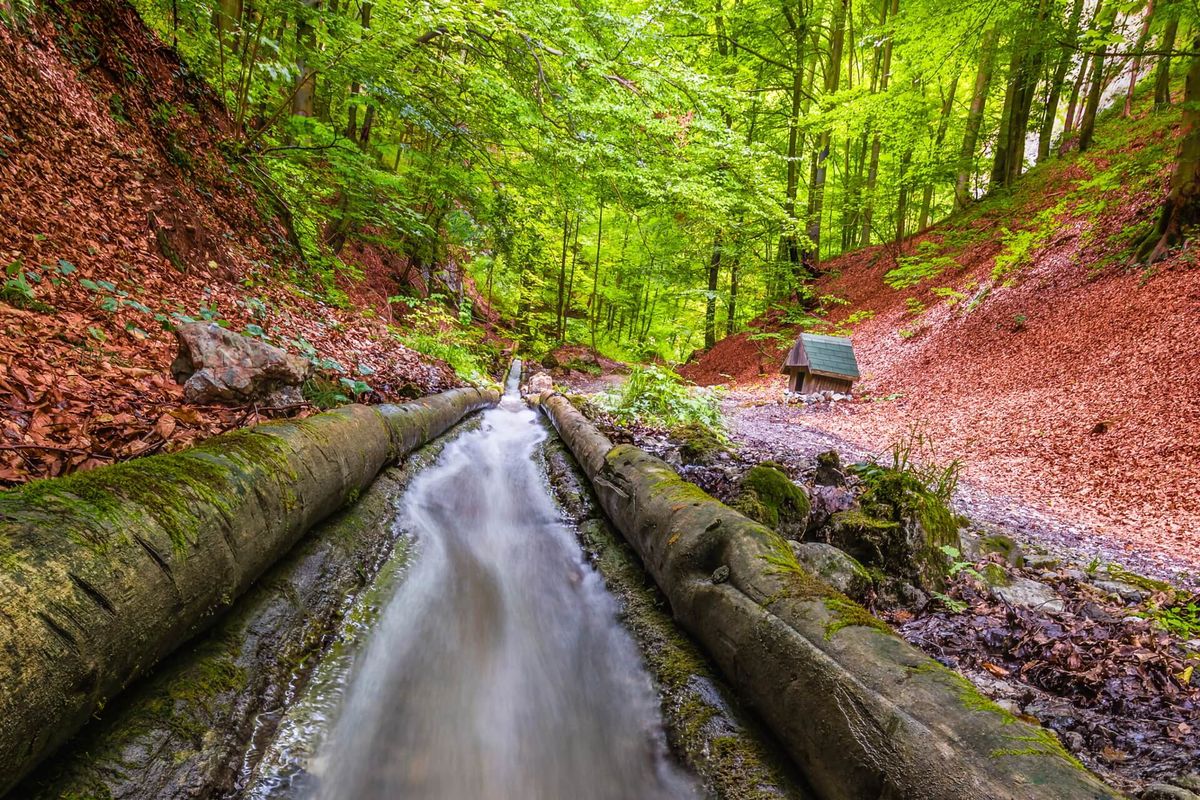 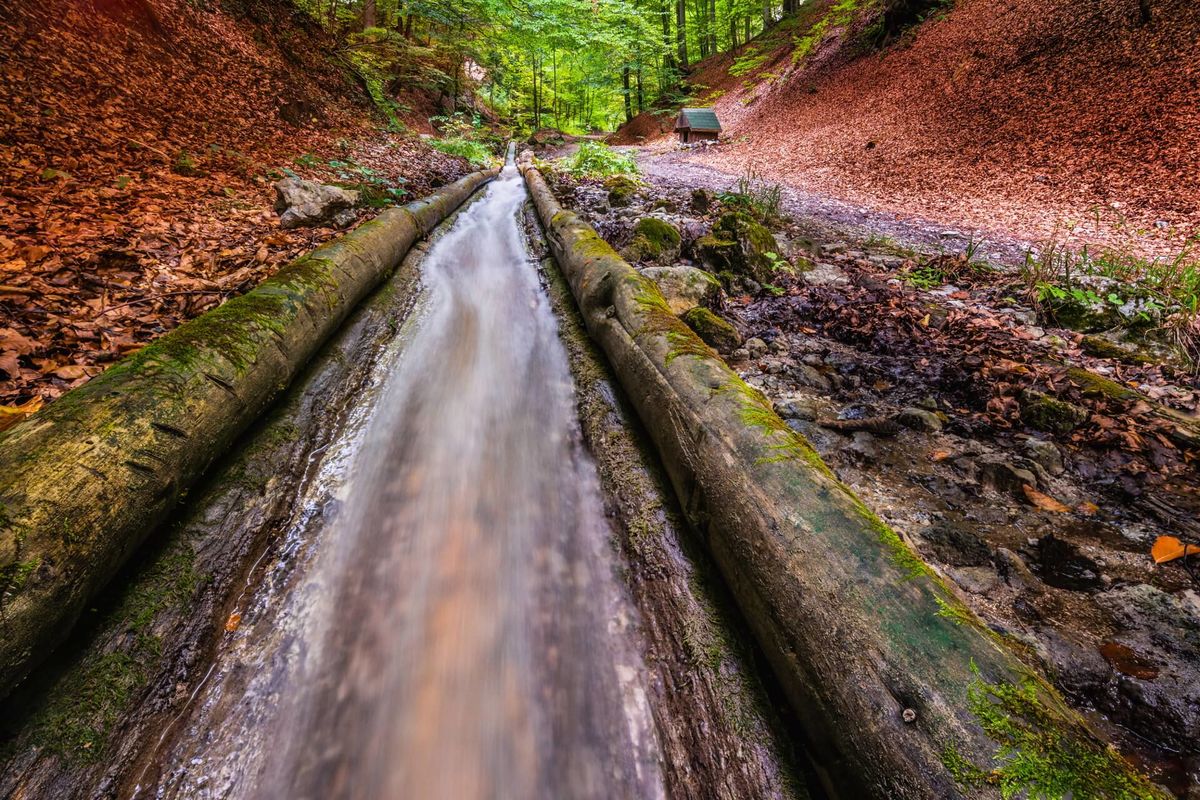