The water bicycle is no doubt one of the most rewarding recreational sport inventions. In Slovakia one can usually hire a water bicycle at major water areas or natural swimming pools.

Today, several types of water bicycles are commonly available to holiday-makers near every water area, from the simplest individual ones to group bicycles able to carry 4 - 6 passengers.

Water bicycles have several advantages. They are safer than boats, faster, more stable and environment friendly. They can be used for relaxing, as well as a fitness complement and some specially adapted types can be used even in tourism.

The construction of this means of transport underwent its historical development from complex massive forms to modern very simple framework.  In its most common form the water bicycle reminds the ordinary bicycle with pontoons for sliding on water attached on the sides. The movement of oars is replaced by turning of the pedals which moves the boat forward. If you dont feel like pedalling, you can just sit and float on the waves or you can fish or swim.

All water bicycles are generally easy to control and you can reach the speed up to 10 - 15 km/h without making too much effort. Moving the bicycle does not need too much energy, you can use them as long as you wish. Wind, waves or bad weather is no trouble for water bicycles either. To use them you dont need any experience or cycling skills and they are safe enough to be used by children as well as by the elderly people. 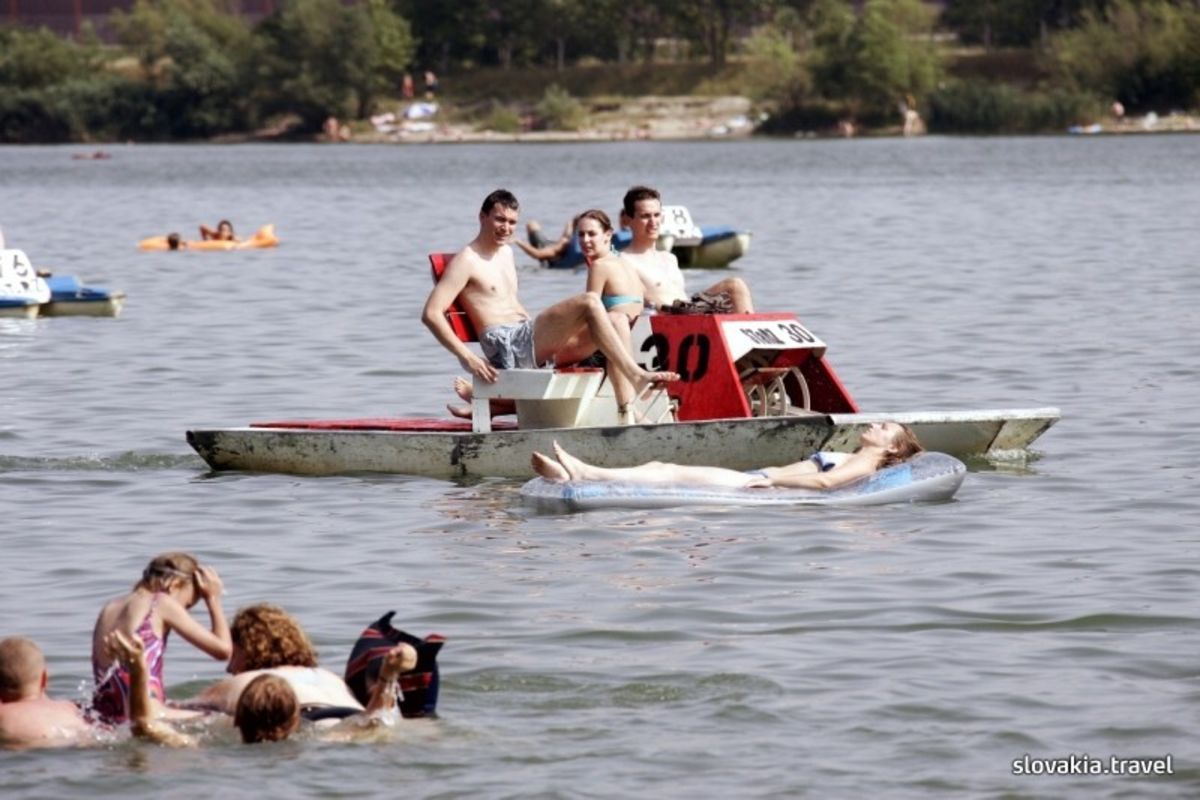