Thanks to its strategic position below the famous Castle of Trenčín and in the valley of the Váh river TRENČÍN has always been one of the most important towns in Slovakia. A unique authentic proof of presence of Roman legions in the territory of Trenčín exists.

The Roman military settlement then called Laugaricio (today Trenčín) was the northernmost point of the Roman legions of Emperor Marcus Aurelius in the area of central Europe. The inscription on the steep face of the castle rock was carved in the memory of the victory over the Quads in 179 AD. The inscription is observable from the window of the view terrace of the restaurant in the local Tatra Hotel.

The Castle of Trenčín is the dominant of the town and the region. Varied exhibitions, medieval games and attractive night sightseeing are organised at the castle throughout the year. The Castle became famous thanks to its most powerful owner Matúš Čák Trenčiansky, also called the “Lord of the Váh and Tatras”. The most famous part of the castle is 80 m deep Well of Love.

The fortified area called Mariánsky hrad or Mariánska hora spreads between the castle and the town centre. It consists of the Roman Catholic parish church. It is accessible via a sheltered staircase built in 1568.

The originally Jesuit, later Piarist monastery and church on the Mierové námestie square were built in the Neo Baroque style in the 17th century. The monastery is the venue of classical concerts in summer.

The Town Tower offers a wonderful view of all dominants of Trenčín including the popular fount with the statue of goblin on the Štúrovo námestie square and the synagogue with its oriental flair. 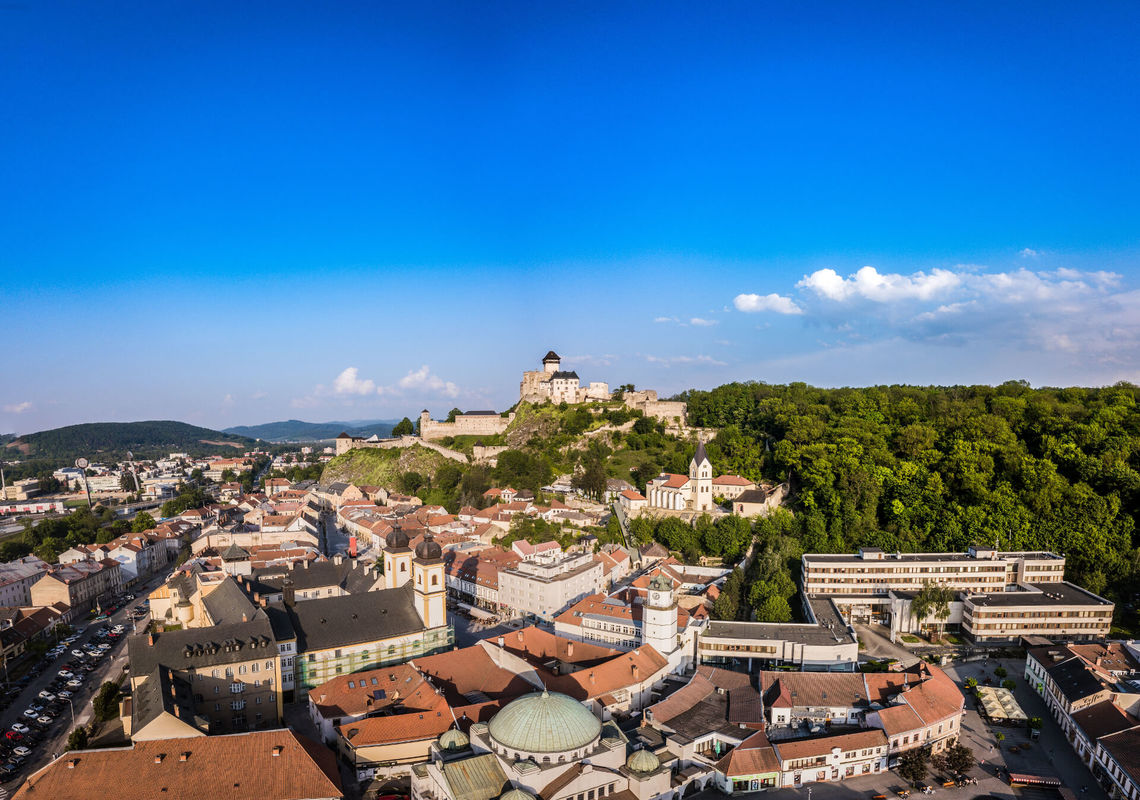 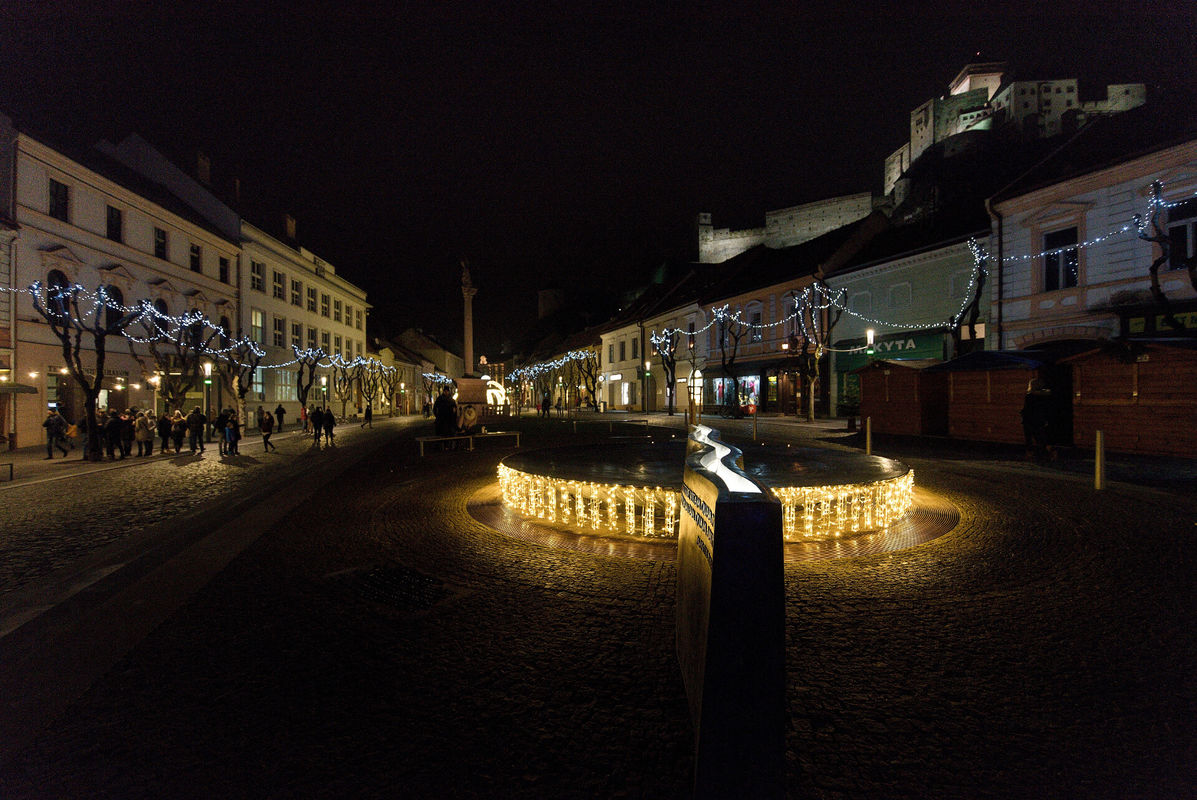