The construction of the city-walls in Trnava was necessitated by the great development of the town. It is likely that at the time of the construction the fortifications ranked among the largest in Hungary. They have almost regular rectangular shape with the parameters 800 x 700 meters. The fortifications delimited the area of 56 ha, with which Trnava ranked among the largest towns in central Europe in the 13th century.

The construction of the city-walls started in the 13th century and was performed in several stages; gradually, the city-walls, town gates, and the system of protection using water were constructed. Trnava fortifications were of a type which was a transition between the old wood-earth ramparts and the medieval brick city-walls. In the first stage, wood-earth ramparts and towers were built, the burnt-brick walls of which, almost two meters thick, were not plastered, but surfaced using the so-called jointing. There were bridges extending across the moat to each of the four town gates. As a rule, streets leading through the whole town connected pairs of opposite gates.

In the 13th and the 14th century, the original ramparts were replaced with brick walls made of burnt bricks with overall plastering. In the 15th-16th century, rectangular barbicans were constructed  at the  Dolná brána gate and the Horná brána gate for their better protection. The protective function of the fortifications came to an end in the 18th century. The construction of small buildings attached to their inner walls started; they were also dismantled for construction material. The town gates were  demolished in the 19th century for the road transport purposes. Despite many interventions, quite a large part of the fortifications has been preserved up to these days. 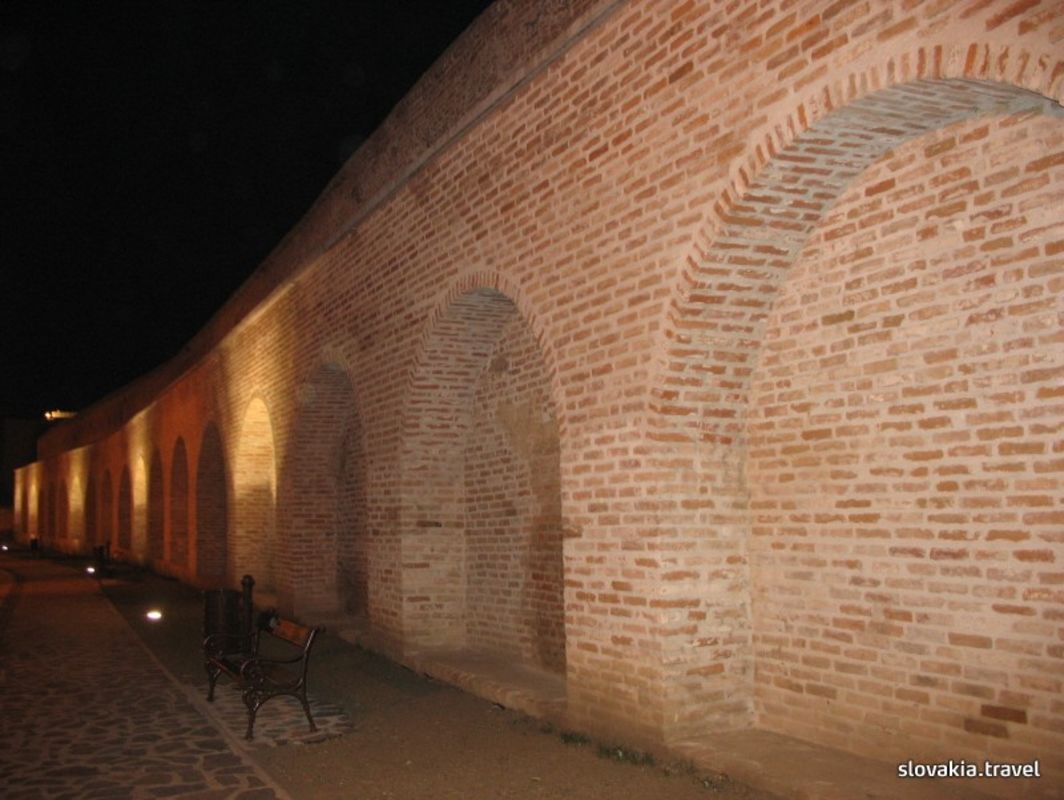 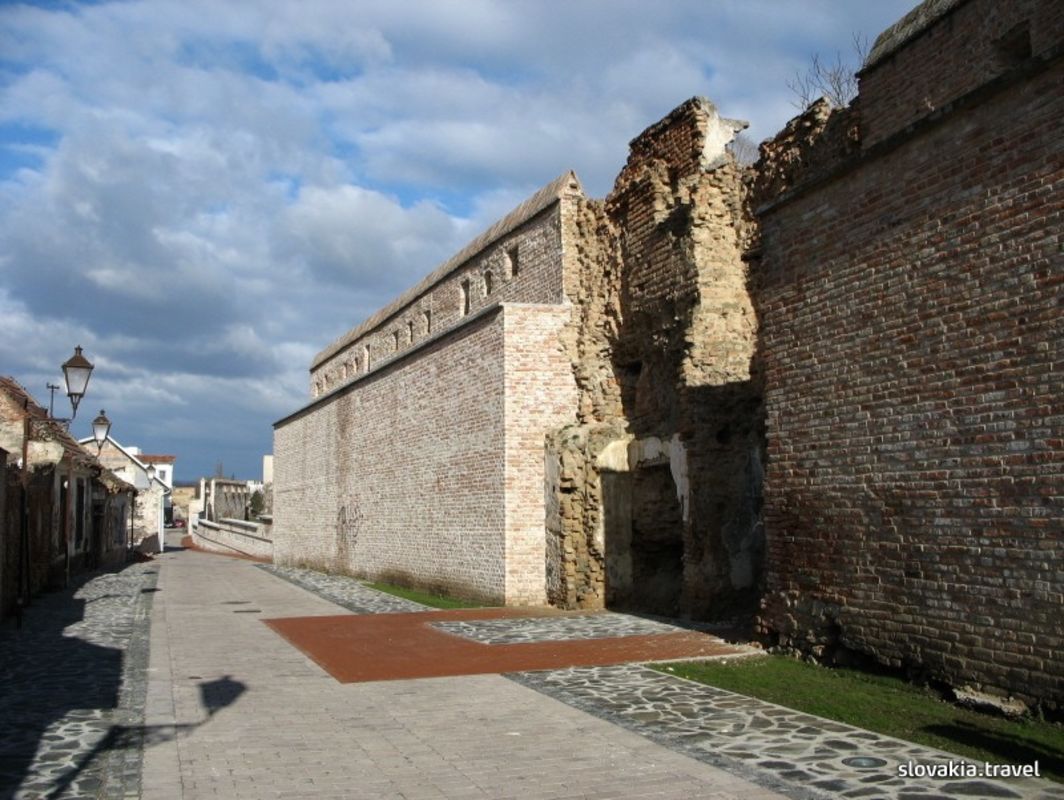 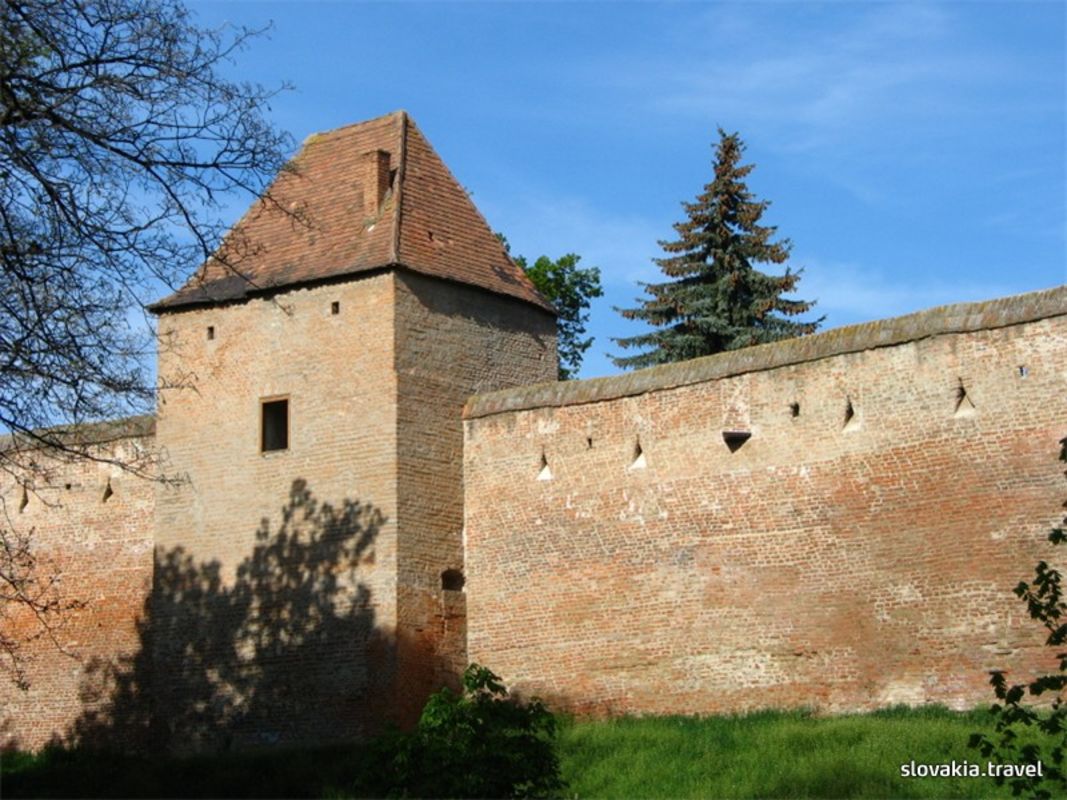