Do you want to know the TOPs of Europe? Come to Slovakia and get inspired by following rows while planning your trip. They will guide you to places you won´t find anywhere else in Europe!

The Slovenský kras karst is the largest karst area in the middle Europe (440 km2). There are 1110 caves and gulfs and other karst creations located here. The accessible caves are Domica, Jasovská, Gombasecká andKrásnohorská jaskyňa cave, which are part of the UNESCO World Heritage List. A rarity is the Silická ľadnica with a 12 m high icefall.

It is only possible to travel by historic train on narrow gauge forest railway in the Museum of Kysuce village in Vychylovka. That is namely the only preserved and today still operating railway of this type in Europe.

The cellar system under the Red Stone Castle (Červený Kameň) in the Small Carpathians (Malé Karpaty) is considered to be the largest one in the middle Europe. Its visit is the final part of the attractive castle sightseeing tour. Initially, it should have served as a store/storage, nowadays it is an unusual venue for social events as well as a great film room.

The Ochtinská aragonitová jaskyňa cave is the only one of its type in Europe. Together with other caves of the Slovak Karst it was registered in the UNESCO World Heritage List.

The gothic St. Elisabeth Cathedral in Košice is the most eastern situated western-type cathedral in Europe. It is the largest church in Slovakia at the same time.

The Andy Warhol Pop Art Museum in Medzilaborce is today the only one of its type in Europe. It was founded as the first one in the world in 1991. The museum is situated near Miková – the village where Warhols parents came from.

The Most SNP Bridge across the Danube River in Bratislava is unique in Europe. Its steel construction hanging on one pylon weights more than 7000 tons. There is a restaurant located in the pylon 80 m above the ground. The bridge has been in use since 1972 and was awarded the prize „The building of the 20th century“. However, the price for this success was destruction of a large part of historical extramural settlement.

The Janko Kráľ Park (Sad Janka Kráľa) on the right side of the Danube in Petržalka (part of Bratislava) is the oldest public park in Europe. Founded in 1776 is still today a popular place to meet and relax.

The most northern point in the middle Europe, where the roman legions came to, was Laugaricio – todays town of Trenčín. There is a proof of their stay engraved in the castle rock dating back to 179.

Academia Istropolitana in Bratislava, the first university in The Kingdom of Hungary, was founded in 1465 by the king Mathias Corvinus. Its building, a national cultural monument, also today serves to a university. The University of Musical Art is located there.

The largest Celtic oppidum in the middle Europe used to be located on the Bratislava castle hill and reached to the todays Old Town till the Liberty Square (Námestie Slobody). The medieval Bratislava would suit on this area 3 times. 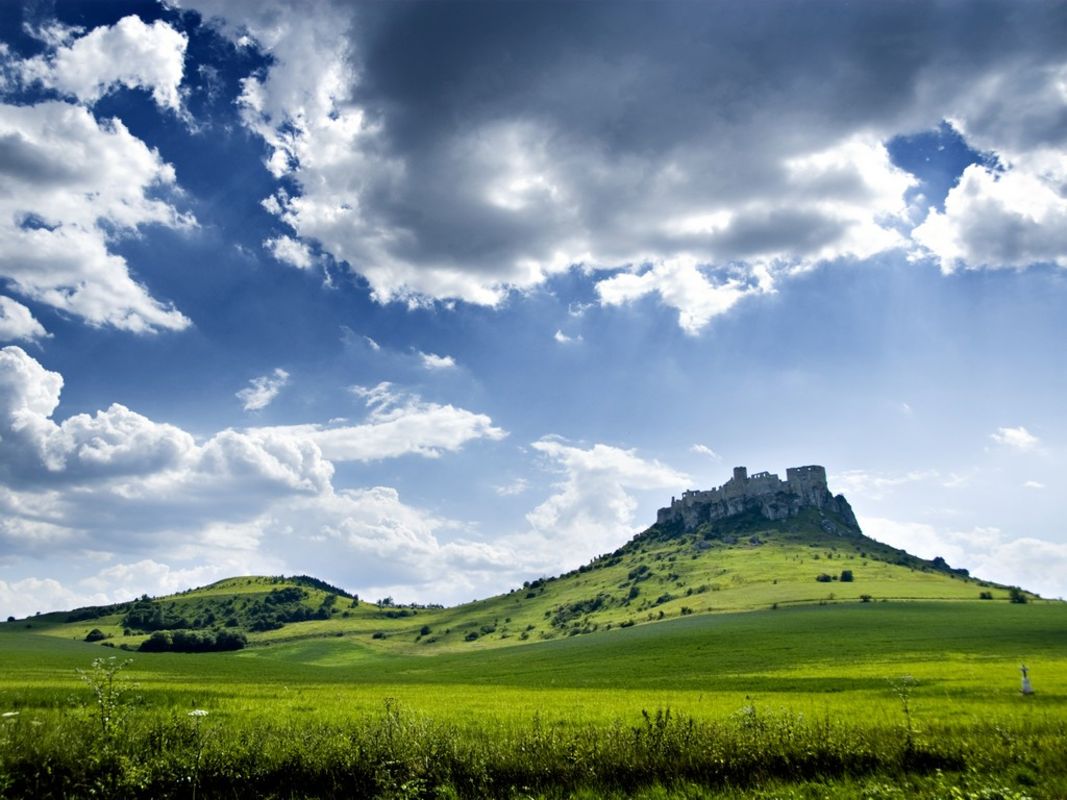