The walk around Kežmarok starts at the Hlavné námestie square. The most conspicuous building in this square is the town hall in the Renaissance style and the Classicist town redoubt. The Hradná ulica street skirted by old burgher houses from the first half of the 16th century leads to the Hradné námestie square with the Castle of Kežmarok. The Castle acquired the present prevailingly Renaissance appearance after the repeated reconstructions in the 16th and 17th centuries. Today it shelters museum.

It is possible to return to the Hlavné námestie sqaure passing by the Late Gothic Roman Catholic Holy Cross church with the Renaissance belfry from 1568.

The wooden Evangelical church, unique structure built of the red spruce and yew timber without using a single piece of metal is also worth seeing. 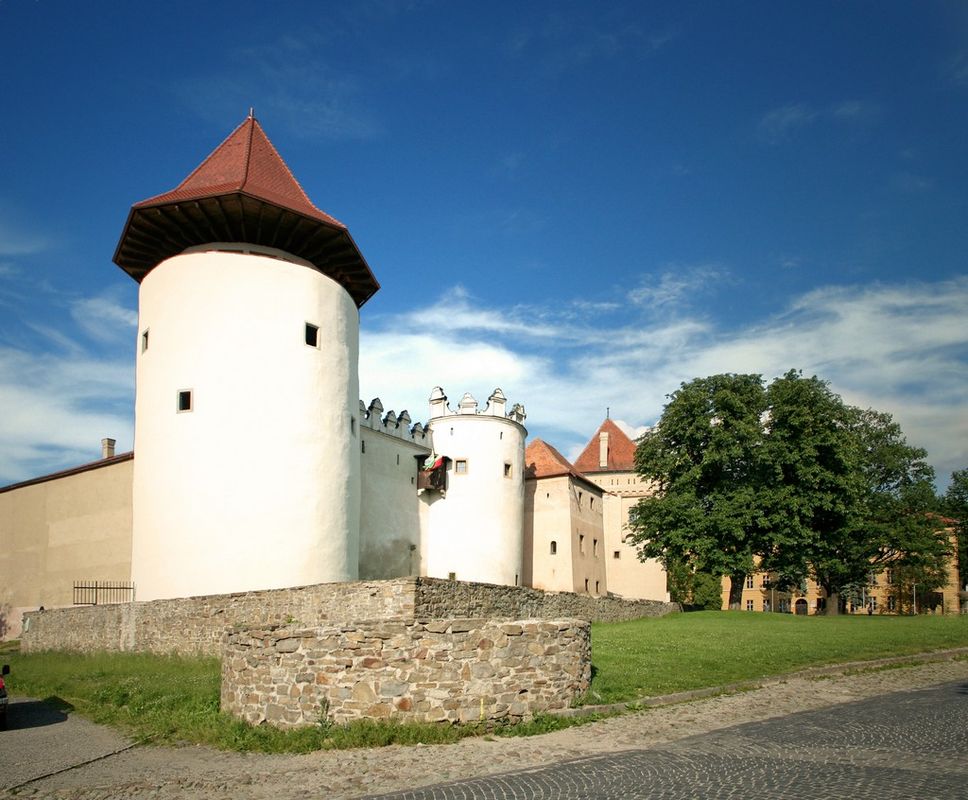