This natural feature is named according to its location. All of them are situated on the north slope of the Vojty hill closing the south part of town of Čadca above the valley called Rieka. Route to the springs is clearly marked.

The first spring – water containing sulphuric elements is not very far (approximately a fifteen minute walk) from the final bus stop of the public transport line Vojty. The spring has not been registered as protected but is well treated. It can be reached after passing approximately 300 metres on the road towards the forest. On the spot, there is a wooden upper bridge over the stream, after crossing the stream and entering the forest, the spring is at the distance of 200 metres.
The main spring of the Vojty springs is called “salty water” and is the second in a row according to its distance from the settlement of Vojty. The spring is located in the valley of the stream Rieka, 1.2 km from the final stop of the public transport line Vojty. The spring has been ranging among the natural monuments since 1973 and can be described as a natural stream of water containing sodium carbonate, with regular methane gas escape and the consequent bubbling. According to scientists, its high level of cleanness proves its deep connection with the coal reserves. The spring reaches the surface through the system of disruptions while it pushes out mineral water. The spring is well conditioned, with a shelter and four benches organised in a square shape with a fire place in the middle, all of this being a pleasant place for a short break. The column nearby provides information on the spring. The spring can be reached by the path directing to the right, on the right side of the above mentioned stream in the proximity of the houses at the top part of the settlement. The view on the spring well is really worth noticing, anyone can see the bubbling methane here.
The third spring in the Vojty settlement is the least popular. It is also water containing sulphuric elements being sought after by the curiosity seekers. If you intend to find the spring, you are recommended to continue from the spring of salty water directly upwards on the forest path. After a quarter of an hour walk, you will reach the settlement u Burdy where none of the residents is permanent any more; however the cottages are very nicely reconstructed. From the settlement, you shall continue by the forest path on the left towards the settlement u Repáka. The third spring of water containing sulphur springing from the rocky subsoil is located approximately 200 metres from the nearest stream called the Repák. The spring is nicely conditioned and built up in stones.
The spring of mineral water with sulphuric elements is located in the town part of Horelica above the settlement u Klimka nearby the path leading on the left side of the Klimek stream. The spring is located approximately 300 metres from the viaduct leading to the tunnel.
More 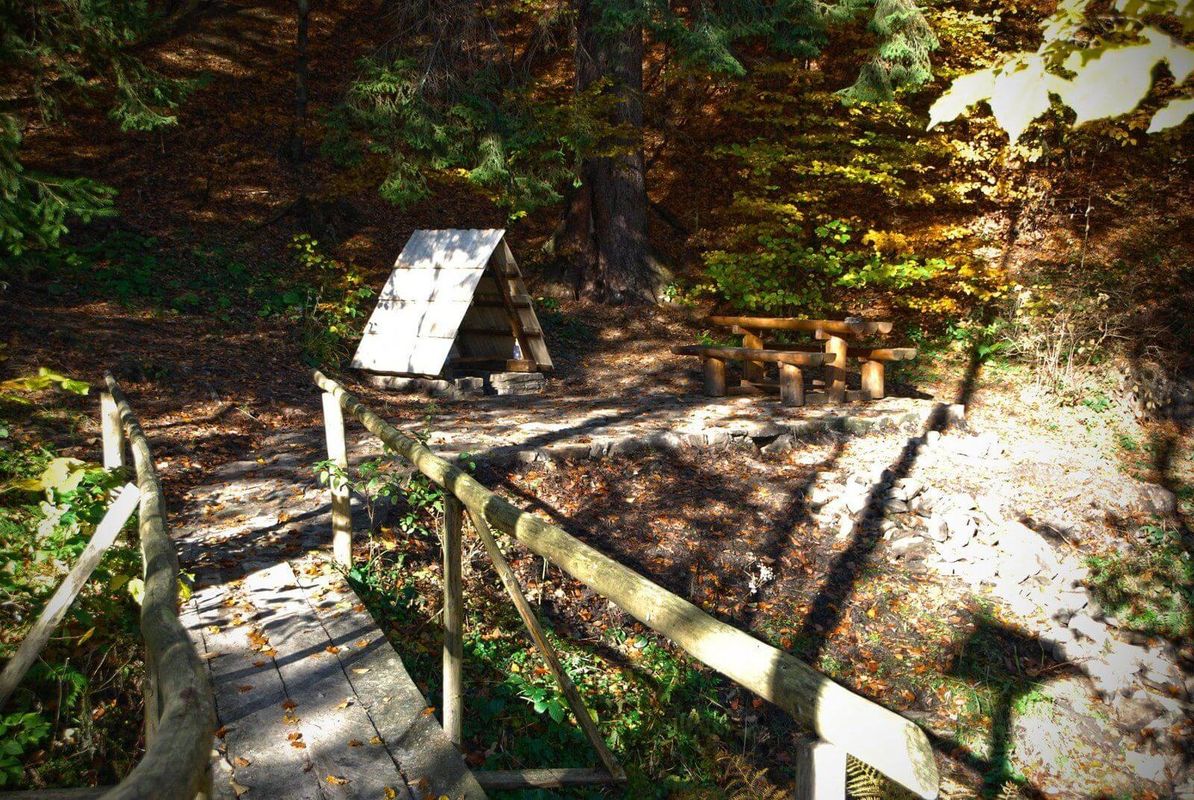 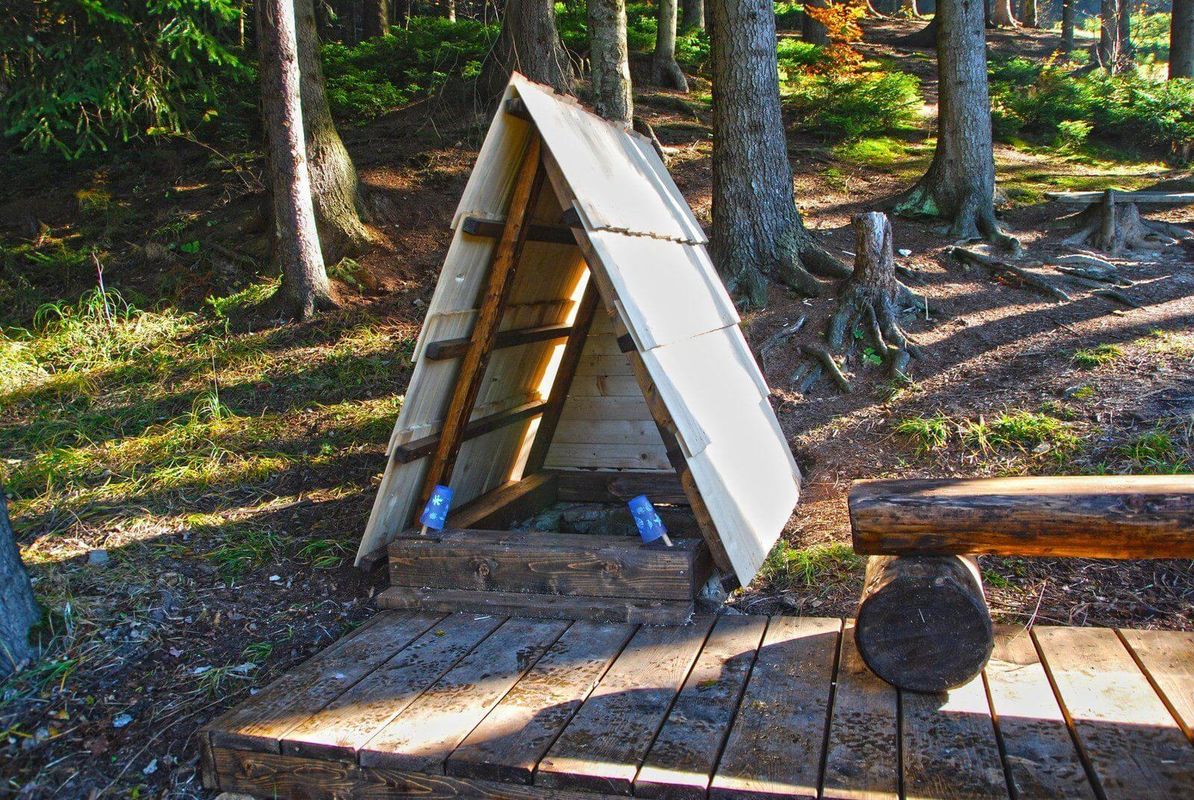 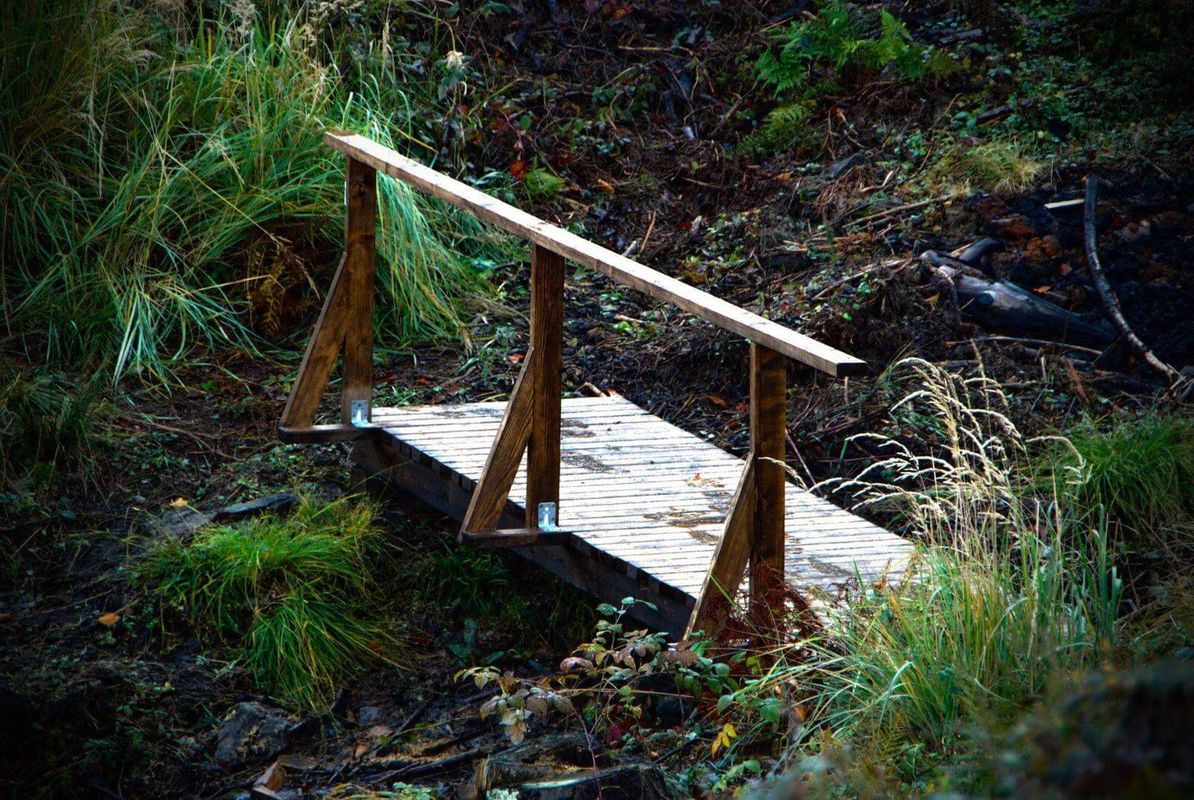 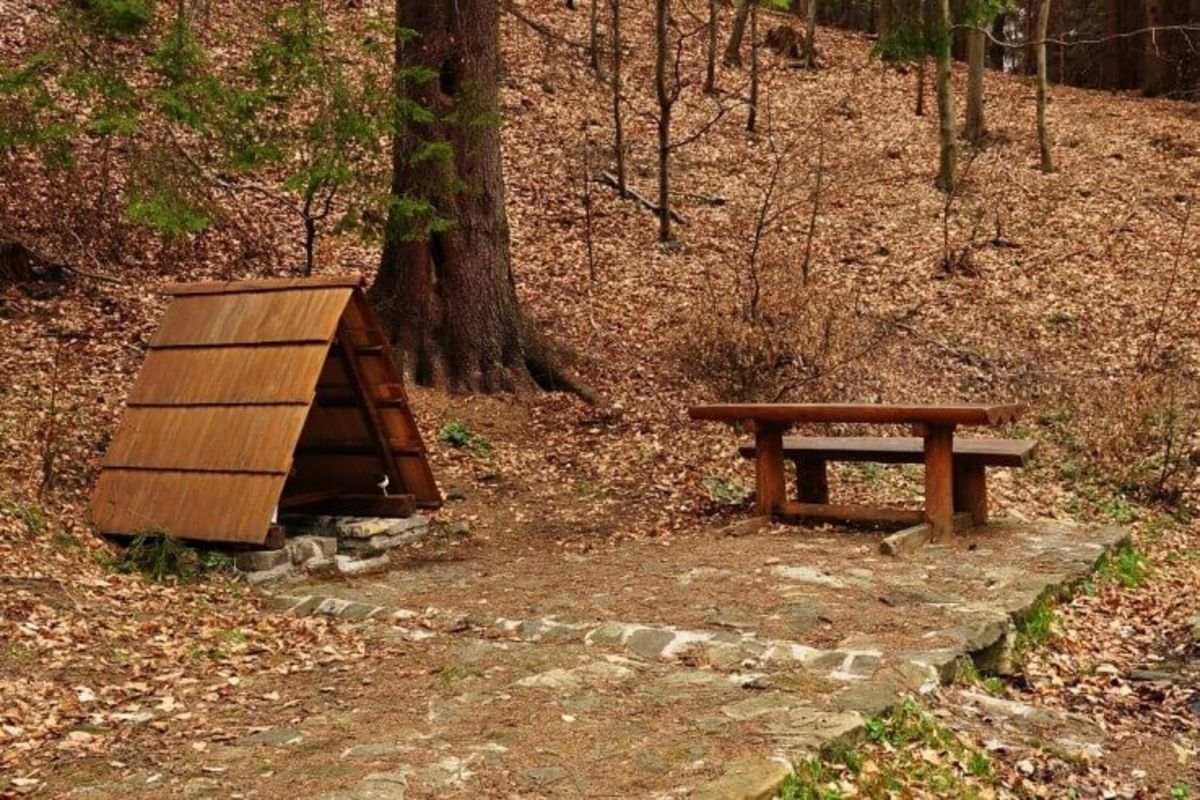 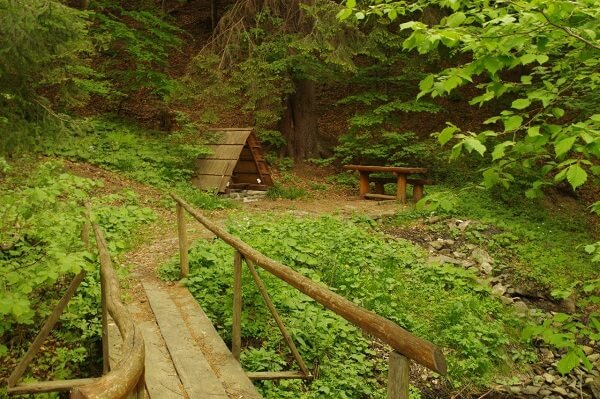 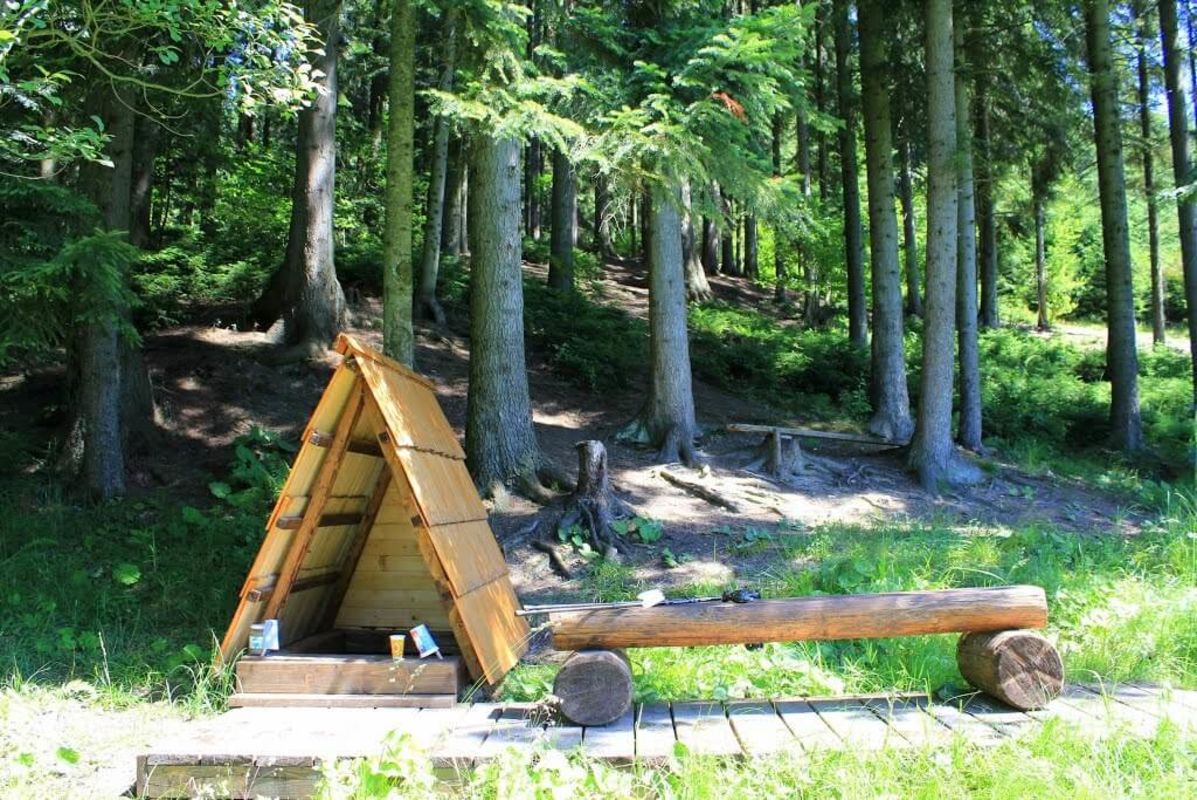