The biggest wooden statue in Slovakia is situated in Stará Bystrica, in the world's youngest astronomical clock - horologe. It figures the sitting Virgin Mary - the patron of Slovakia. Several architects, carvers, technicians, builders, stonemasons from Slovakia and the Czechia participated in the process of its construction.

Six bronze sculptures are placed in the niches of the astronomical clock: Prince Pribina and King Svätopluk from our ancient history, A.Bernolák and Ľudovít Štúr, the codifiers of the standard Slovak language from the 19th century and Milan Rastislav Štefánik and Andrej Hlinka from the 20th century.
Seven statues of Slovak apostles were carved from poplar wood by a folk woodcarver Peter Kuník from Tvrdošín. The statues figure the Saints whose fates were linked with Slovakia: St. Constantine, St. Methodius, St. Andrej-Svorad, St.Benedict, St. Gorazd, St. Bystrík and St. Vojtech.
The heart of the astronomical clock is called „astrolabe“ i. e. an hour circle with astronomical data. It is just the astrolabe that makes the Slovak astronomical clock in Stará Bystrica the first and the only astronomical clock in Slovakia.
The colour scheme of the main board of the astrolabe is determined by the phases of the day: black stands for the night, red stands for the dawn, light blue stands for the day, red stands for the twilight. The hand with the symbol of the sun moves across these fields, depending on where the sun really is.  The main board of the astrolabe is further divided by golden edging indicating the Equator, Tropic of Cancer, Tropic of Capricorn and the so called local meridian, i.e. the segment of the line showing when the sun reaches the highest point in the sky over Stará Bystrica. The Astronomical Clock in Stará Bystrica, as the only one of all the world's existing astronomical clocks, indicates the so-called true solar time.
In addition to this, the astrolabe shows the position of the Moon in the sky, the phases of the Moon and the position of the Sun in the zodiac. The outer edge of the clock contains the so called calendar board which is divided into 366 segments and shifts from one to another segment every day.  The major holidays and memorial days celebrated in Slovakia which are displayed on the board are marked by a red asterisk
In astronomical clock turret there are two bells. One of them strikes the time while the second one creates the background music during the promenade of the apostles. 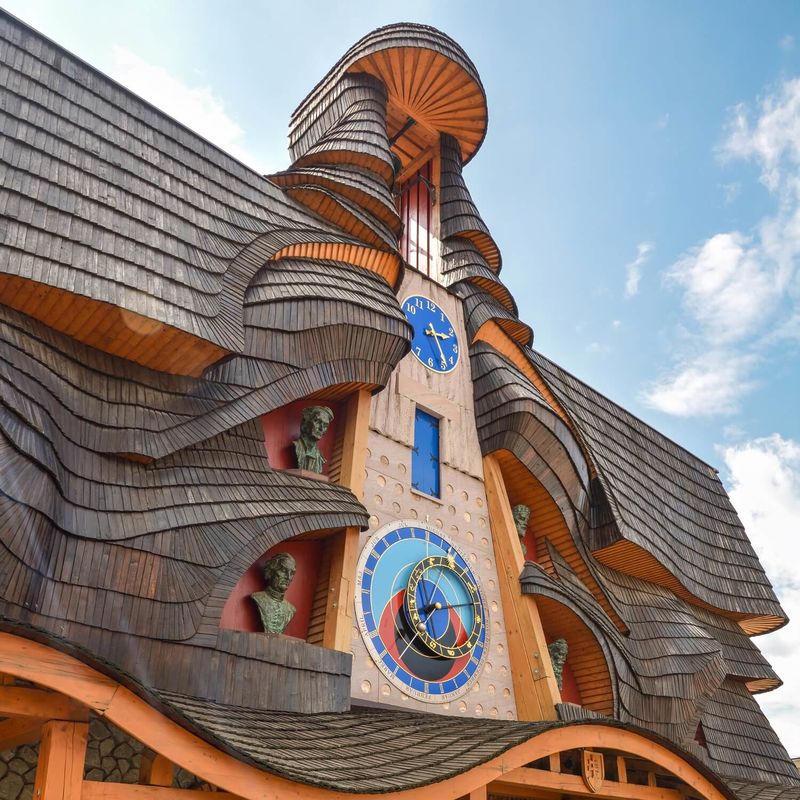 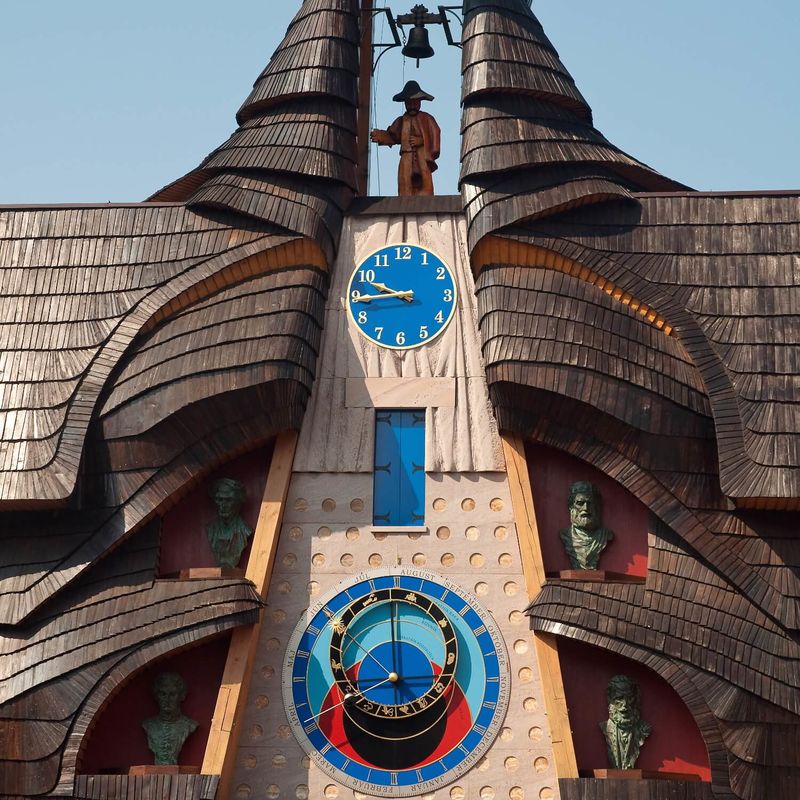