A much sought after attraction in this area is the narrowest canyon in Slovakia - the Manínska tiesňava narrow which popular for its wild appearance and rare flora and fauna.

The narrow valley of the brook Manínsky potok is squeezed between rock faces, which are in places as much as 400 m tall. As a matter of fact, the valley consists of two smaller narrows separated by a small basin. The width of the narrowest places hardly suffices for a passage of cars.

Snow avalanches that may cut the access to the villages beyond the narrow often cover the bottom of the valley. The snow heaps in the shadowed spots sometimes last until May.

Ascending up the stream of the brook it is possible to follow the instructive path, which leads to another natural landmark, the Kostolecká tiesňava narrow with the tallest rock hangover in Slovakia and an impressive debris cone. 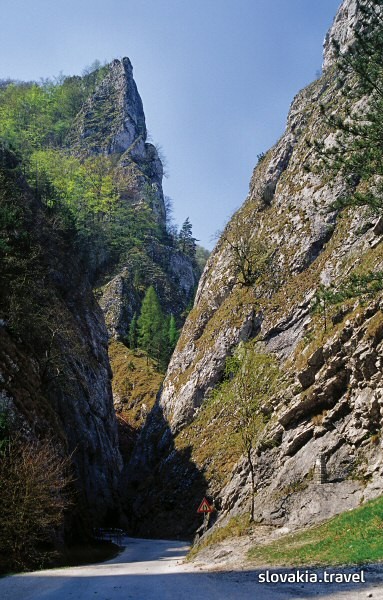 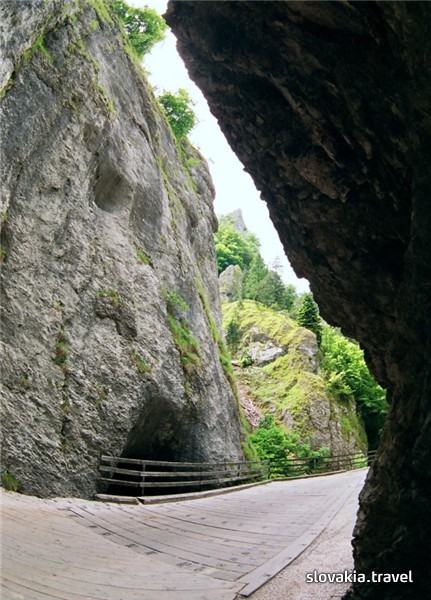