The fort Bzovík in the south of central Slovakia next to more northerly situated village of Bzovík is another mute witness of local history.

This bulky structure originated by reconstruction of the Cistercian Abbey founded around 1130. Several decades later the Premonstratesian provostship moved here and became the largest feudal estate in the region of Hont. Its fort was repeatedly destroyed in the 15th century.

In 1530 it ended up in hands of Sigismund Balassa who drove out the monks and had the Romanesque monastery reconstructed to the Gothic-Renaissance castle with strong outer fortifications including four corner bastions and the dike. The fort was damaged at the end of the Second World War and reconstructed recently.

Apart from fortifications and bastions, the ruins of the former monastery and part of the Romanesque church in the courtyard survive.

Access: on foot from the village Bzovík (the fort is just behind the village), or driving as far as the fort

The fortress is locked, entry is possible after agreement. 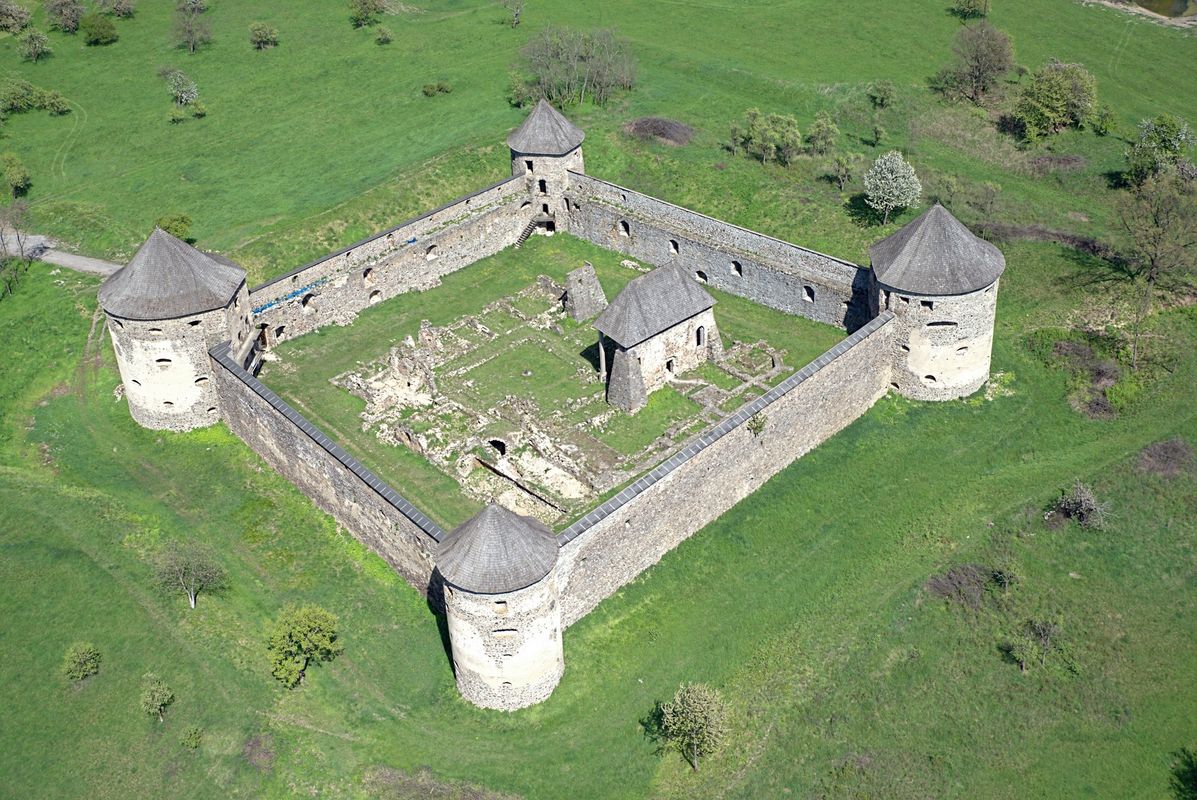