Thanks to its position in the centre of Europe, the cultures of the West and East have met in Slovakia over a history spanning several thousands of years. From Celtic settlements, through the remains of Roman fortifications, ancient Slavic cult places, manors and fortified castles of the Ugrian nobility, medieval mining towns, German settlers, the easternmost Gothic sites in Europe, Renaissance and Baroque palaces, Greek Catholic and Orthodox wooden churches, Jewish synagogues and cemeteries, and the interwar functionalism and socialist realism of expanding cities to current projects reflecting the latest trends.

Discover Slovak cities and towns. Horizons of suburban apartment blocks are concealing preserved historical squares and lanes, often places for pleasant social events. Discover more than a hundred Slovak castles and manors. In some you will find themed exhibitions and festivals; in others you may find authentic ruins with beautiful views over the world of your subjects. Visit museums and galleries. You will find everything from ancient archaeological digs to Andy Warhol’s pop art, as well as creations by contemporary artists. Discover war monuments such as tanks from the Second World War in the Valley of Death, or technical sites such as the water mills in the Podunajský region. 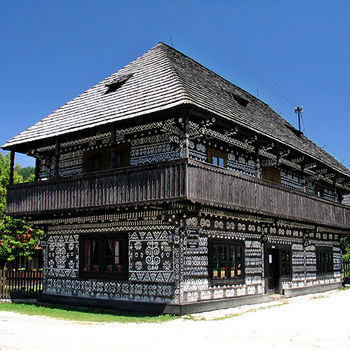