The Súľovské skaly rocks forming an attractive rock town are situated in the north-west of Slovakia, only several kilometres from Žilina.

Interesting landforms in form of rock towers, needles, windows and gates separated by deep waterless gorges, ravines and valleys are the results of action of rain, ice, and wind, in other words – chemical and mechanical weathering.

Among the most beautiful forms here are the 13 metres tall Gotická brána (the Gothic Gate), a rock mushroom and many other rocks with fancy names (for instance, Maria Theresa, Owl, Spruce Tree and the like). The 7.5 kilometres long instructive path in form of circle has 17 stops.

Visitors can also admire the richest site of orchids in Slovakia, the Súľovský vodopád waterfall and the ruins of the Súľovský hrad Castle. 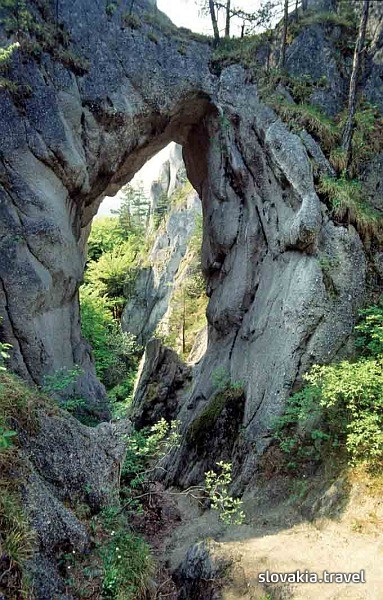 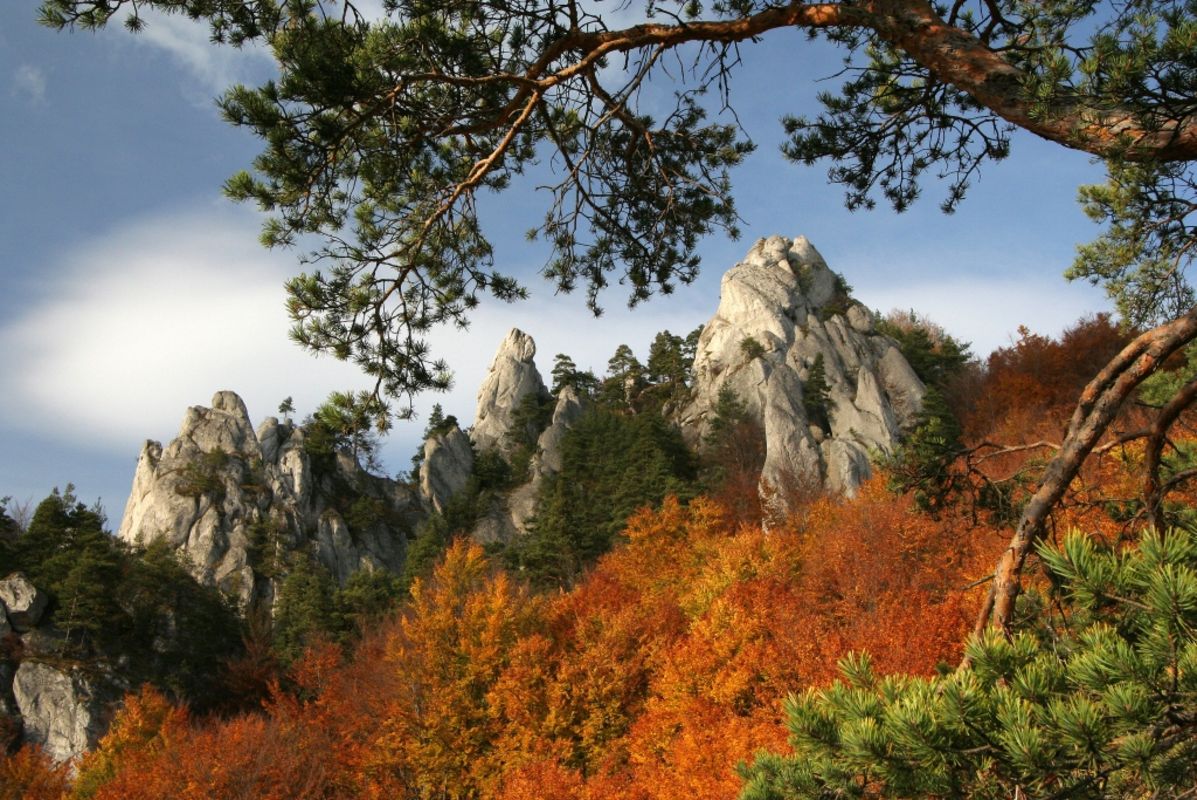 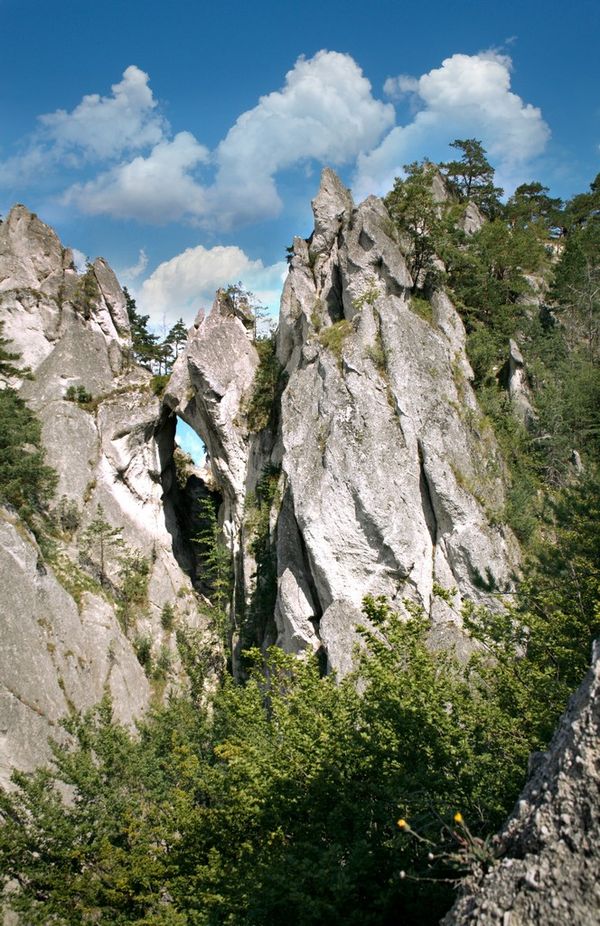 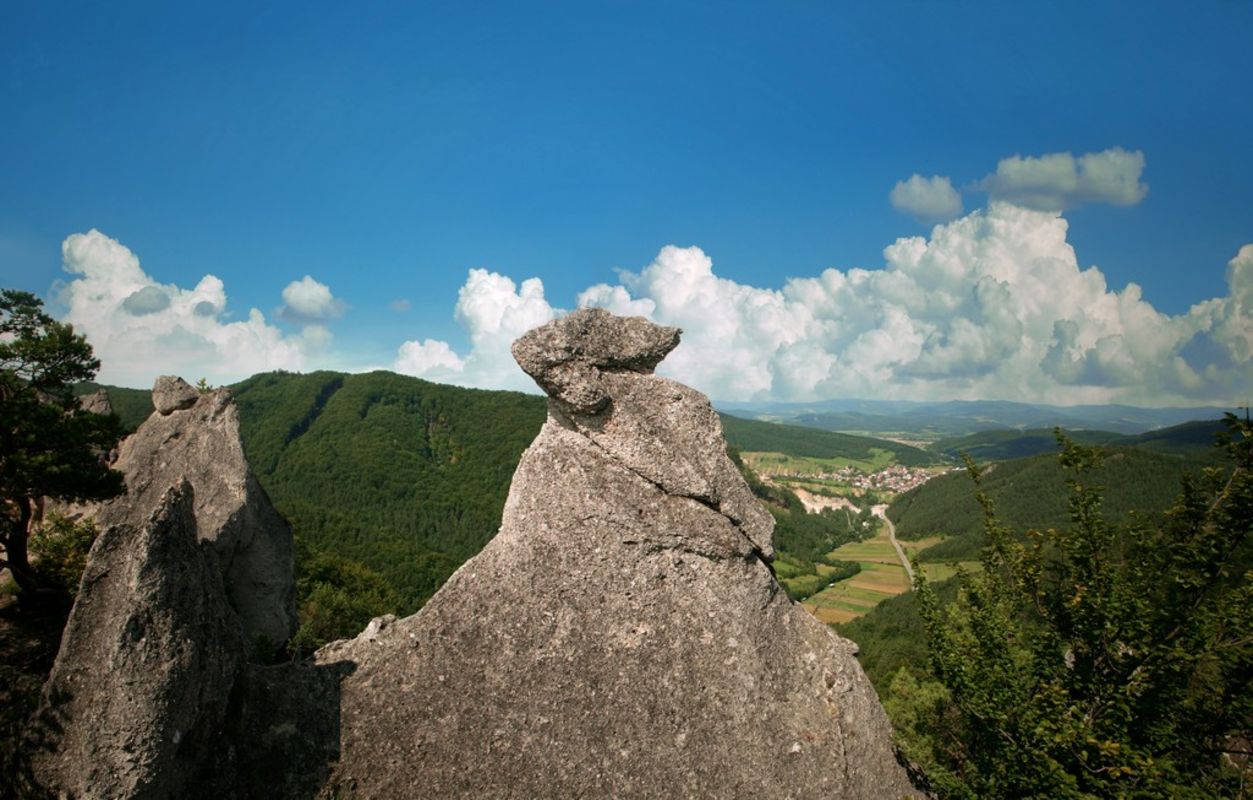 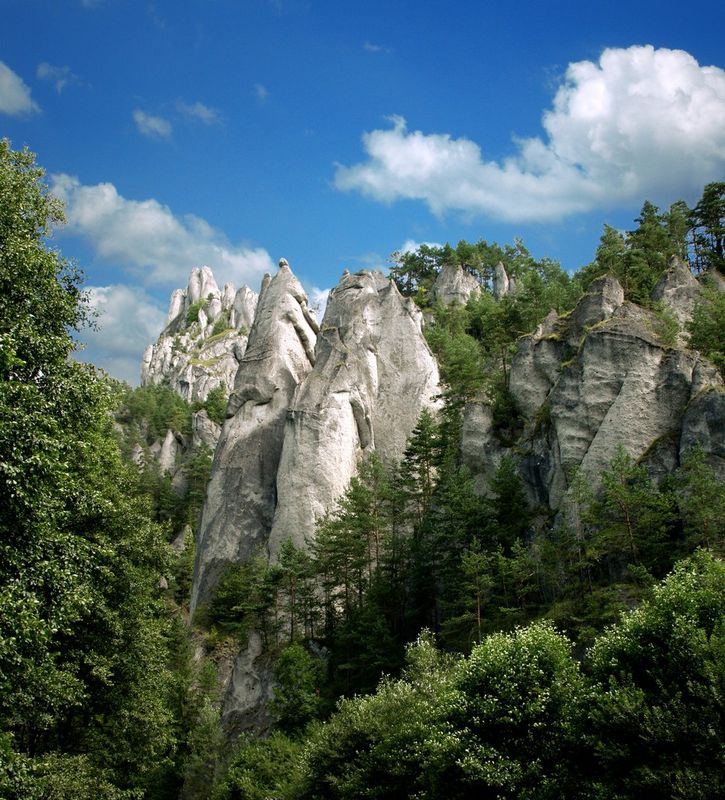