Devín Castle standing on a massive rock hill above the confluence of the Danube and Morava is an unusually impressive landmark. It is part of the oldest history of Slovakia.

Its ground plan is very irregular. Today we enter the castle through the western Moravian Gate. The southern gate protected by a pair of semicircular bastions was built in the 15th century on an older Great Moravian rampart.

Close behind the gate and on the right side of the path is a precious archaeological monument from the Roman period of Devíns history. The ground plan of the remains of a bulky stone building from the 4th century suggests a Classical tomb.

The path divides into two on the ridge of the castle hill. The left branch leads to the place where a Great Moravian church stood in the 9th century. The first branch of the path leads to the conserved ruins of the middle and upper parts of the medieval castle. In the first half of the 15th century the Gothic Garay palace with two stories was built and the Renaissance palace and fortifications were added in the 16th century.

Some vaulted spaces of this palace are today used for exhibitions of the Bratislava City Museum. The 55 metres deep castle well is on the courtyard of the middle castle. Near the well is also a terrace with view of the abandoned amphitheatre, the Danube and the mountain Braunsberg in Austria.

In the wonderful setting above the bicolour confluence of the Danube and Morava, an elegant tower with battlements stands out. It is the Virgin tower. A bridge over a moat and stairs lead to the top platform with remnants of a guard tower from the 13th century rebuilt in the 15th century with panoramic view of the surroundings.

Performances of historic fencing are organised during tourist season.  Visitors can also try throwing the javelin or axe or shooting of bow. Boats leave for Bratislava or Hainburg in Austria from a small port situated below the castle. A short boat trip up the river Morava is also possible.

Access: by car and public transport below the castle, by boat from Bratislava and Hainburg to the port Devín, then walking about 15 minutes

The upper castle has been closed to the public since 2008 but the remaining areas of the castle grounds are open to the public. 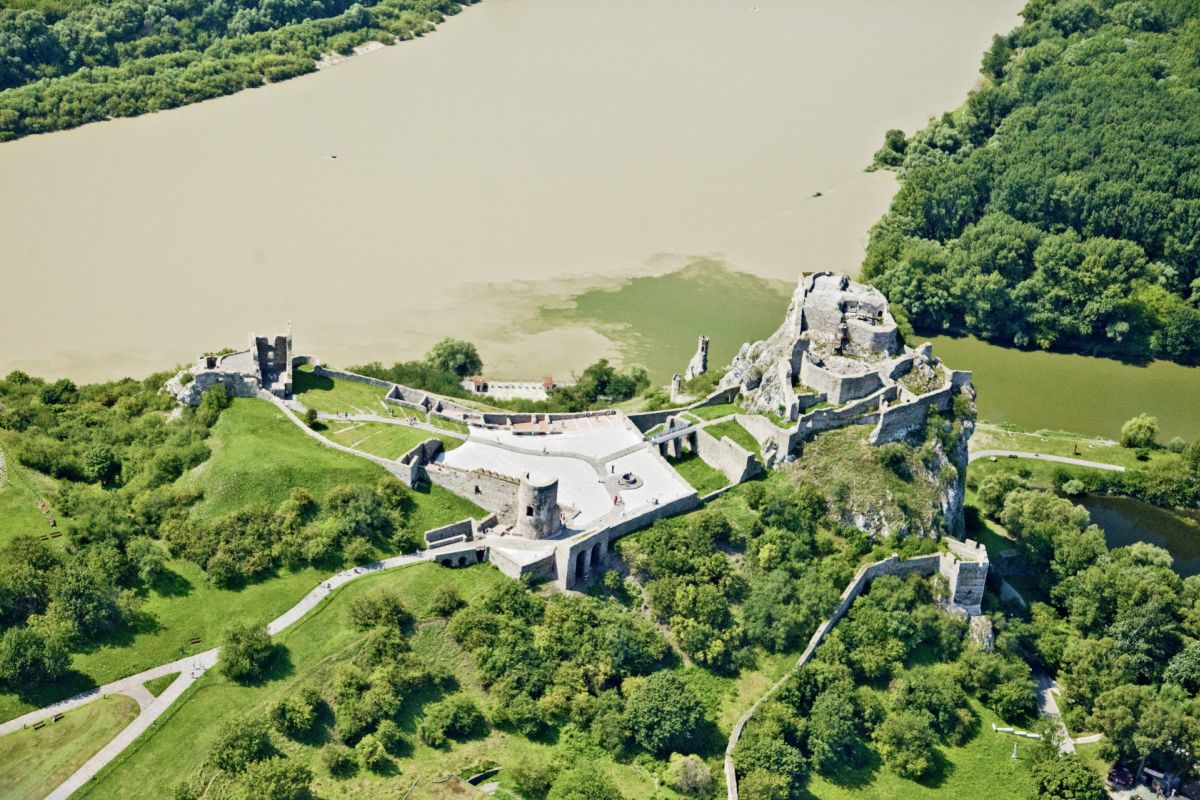 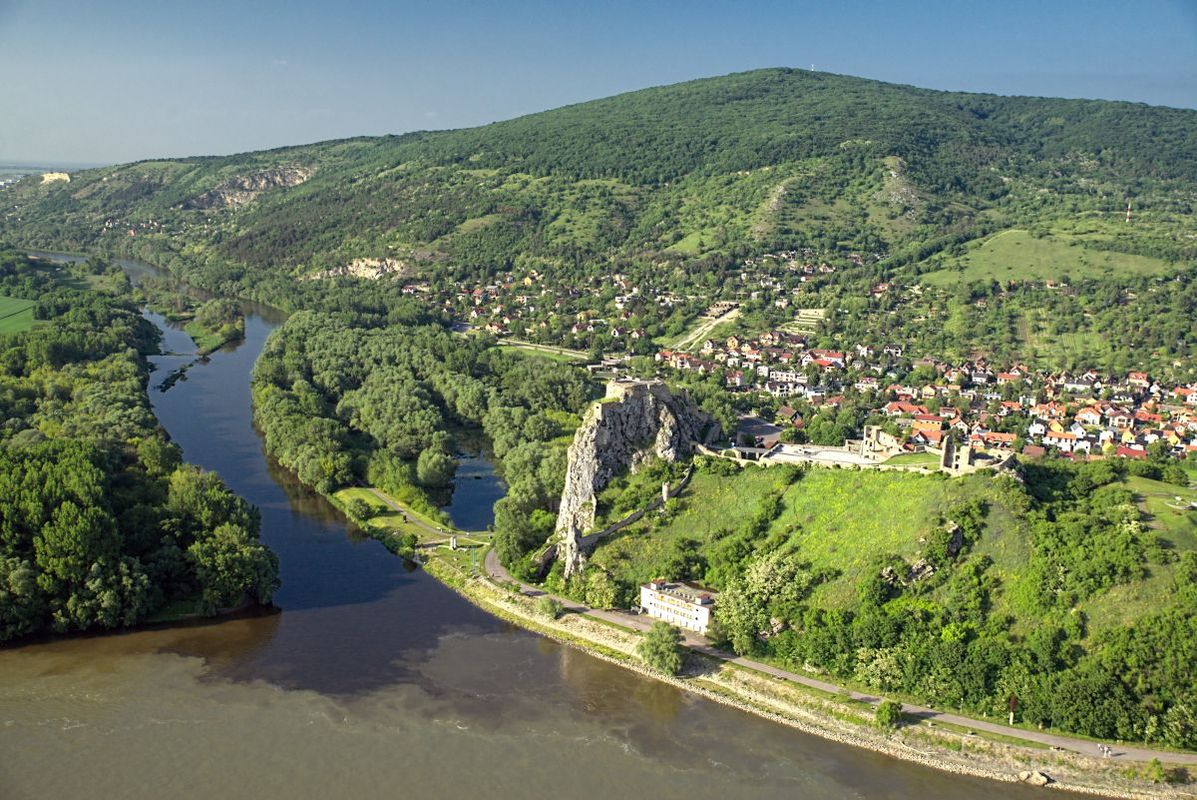 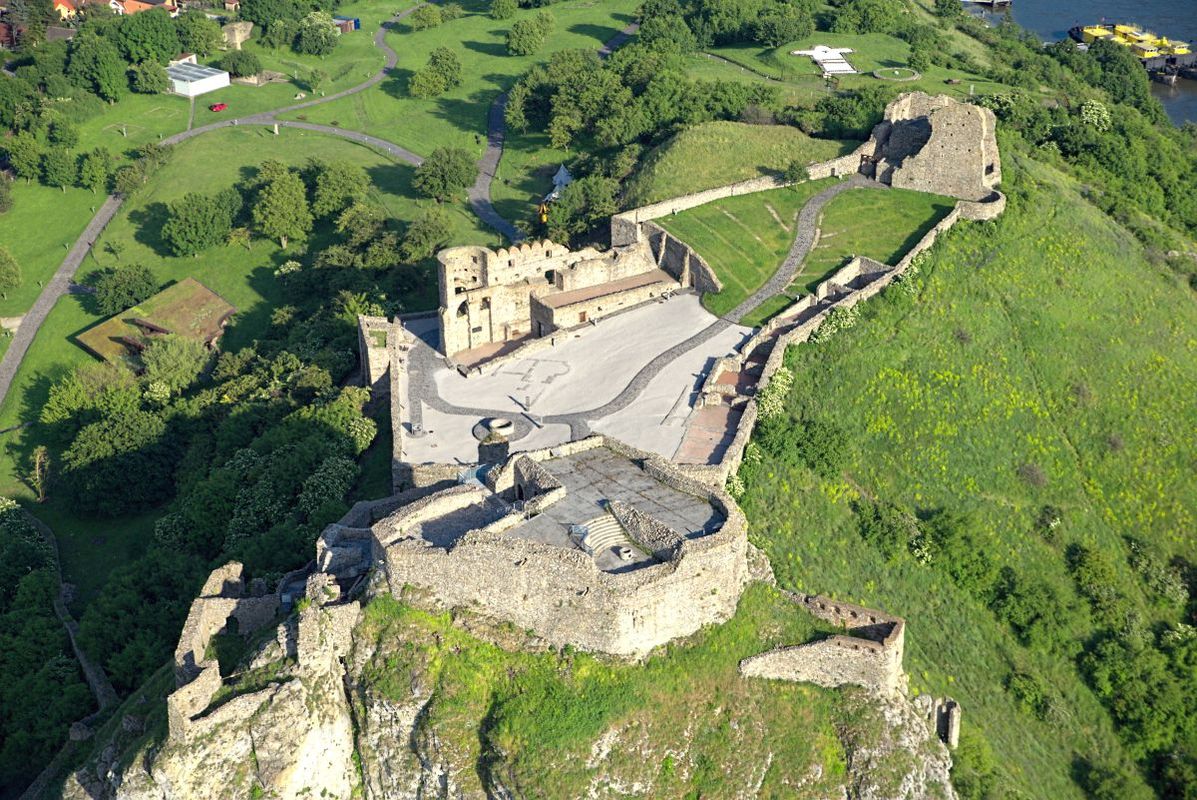 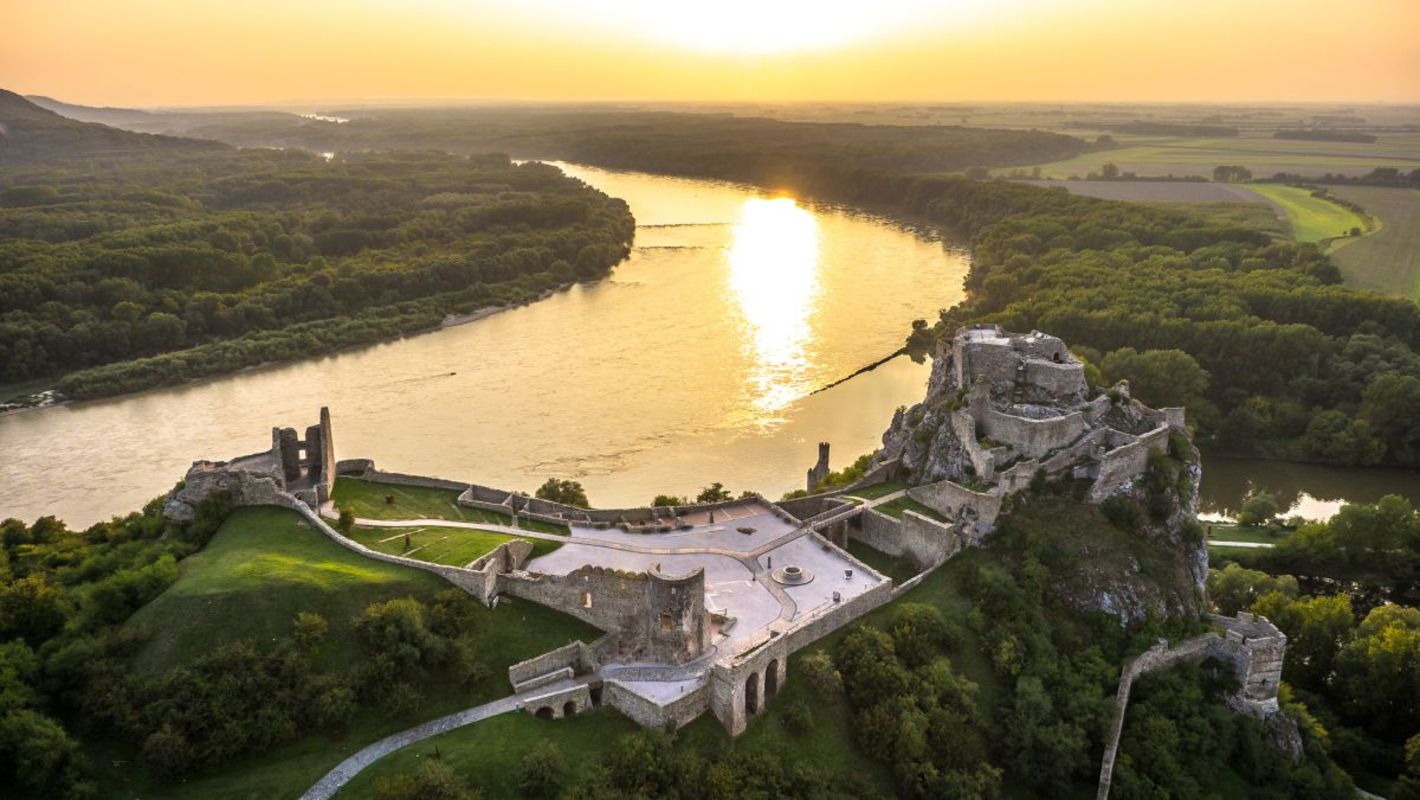 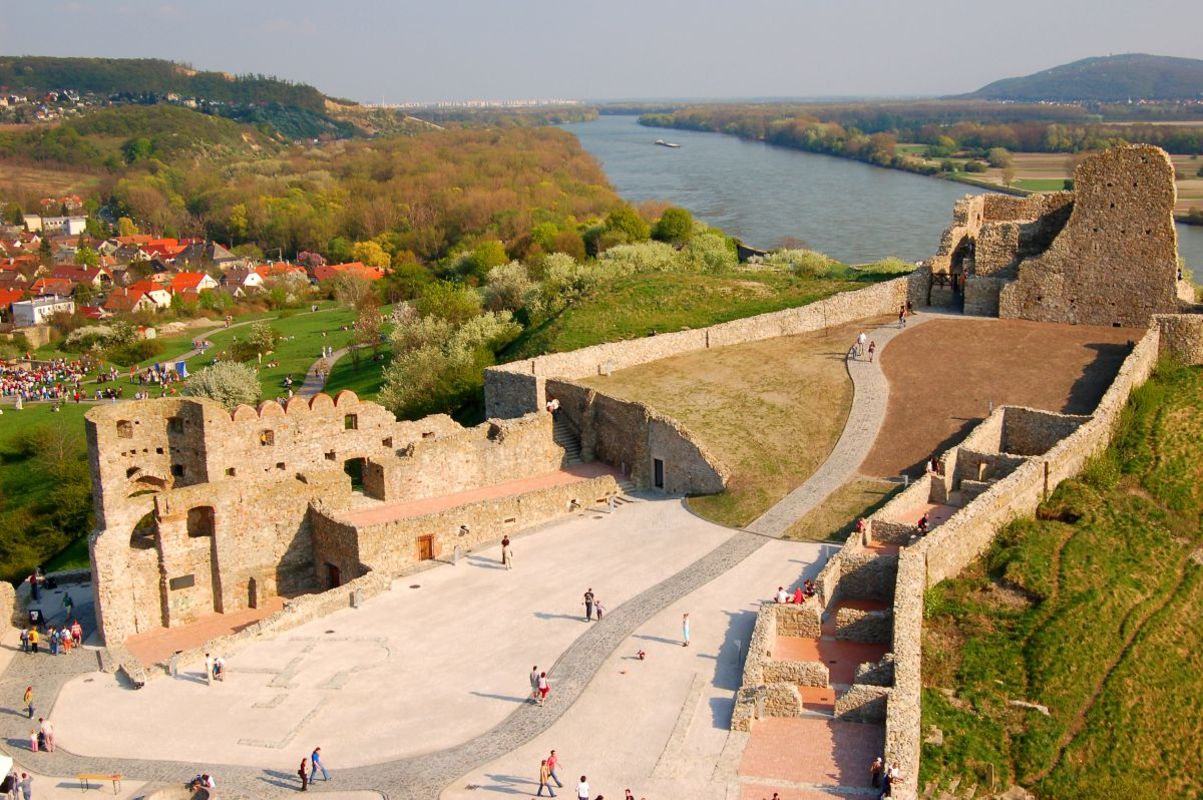