The boat mill in Kolárovo

The boat mill in Kolárovo in the south-west of Slovakia is the last existing specimen of the floating mill and the only boat mill in Slovakia. The mill houses the Boat Miller's Museum.

The mill stands next to the dead arm of the river Dunaj. It floats on two parallel anchored boats. It is the reconstructed version of the boat mill made by the company Slovenské lodenice in Komárno in 1982 following the design of the former boat mill that existed in Radvaň nad Dunajom, only boats it floats on are bigger than the original ones.

The mill is theoretically functional but in reality it cannot work on stationary water. The mill serves now as a little historic exhibition. The petrol aggregate from the turn of the 19thand 20th centuries is one of its interesting exhibits. It is reminiscent of a locomotive and allegedly it is one of the first mechanisms that existed in the world and was used for manufacture of fishing nets.

Construction of the mill is firm enough to endure the impact of even 100-year water. It is connected with the bank by 86 m long bridge, which is considered the longest wooden bridge in Europe. The mill is situated on the popular water route that runs down the river Malý Dunaj. It cannot be accessed via water.

The mill is part of the holiday area with several technical monuments and facilities offering refreshment and relaxation in the traditional "Krčma u Mlyna" pub, which amongst others offers a unique palette of herbal liquors. During the summer season, there are numerous cultural and gastronomic events, as well as ecocamps for schools.

May – September
Monday - Sunday: 10:00 – 19:00
Complete opening hours to be clarified by service provider 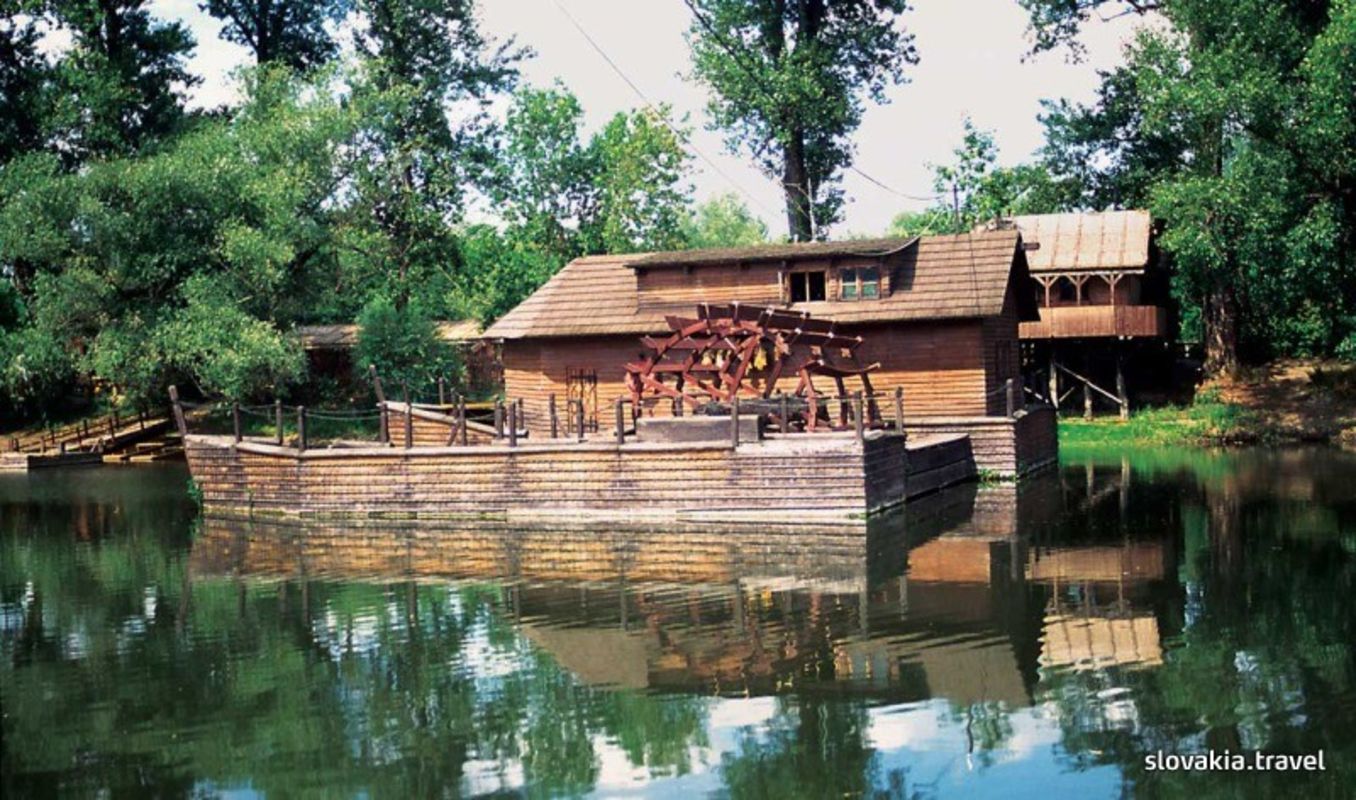