The festival Zemplínske slávnosti is a show of folklore ensembles and groups from the region of Zemplín and its environs with the participation of foreign guests.

The festival is organised in Michalovce, the central town of the middle Zemplín in eastern Slovakia. It is held on the tribune in front of the Town Hall and in the whole area of the Námestie Osloboditeľov square. During the two weekend days in the second half of August hundreds of performers amuse the folklore lovers.

The festival is accompanied by a traditional fair of folk crafts. The inhabitants and visitors to the town are invited to the evening programme by the singing and dancing participants of the procession on the pedestrian zone. During the two days the town is enlivened with the colours of national costumes and the tones of traditional musical instruments, beautiful songs and typical folk humour. 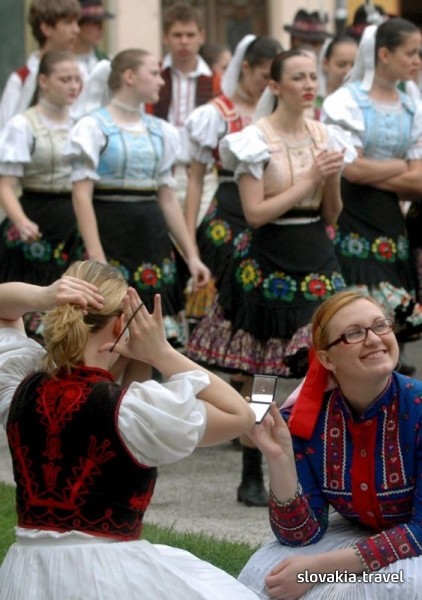