The head of the Turňa county resided originally at the Turniansky hrad Castle, ruins of which stand on top of the conspicuous cone-shaped hill west of Košice in the east of Slovakia. Rare flora grows on its limestone slope including the local endemit Onosma tornensis, which can not be found anywhere else in the world.

The aristocratic family of Turniansky built the castle at the turn of the 13th and 14th centuries. In spite of its fortifications reinforced in 16th century it was taken by the Turks in 1652. It fell in ruins after the fire in 1848.

The legend has that the spirit of the jealous Castle lady, who killed a young nobleman and blamed her sister of the murder appears on the castle walls.

Access: on foot from the train station in the village Turňa following the blue marks (it takes about 45 minutes) or driving to a motorway restaurant under the castle and then walking about 30 minutes 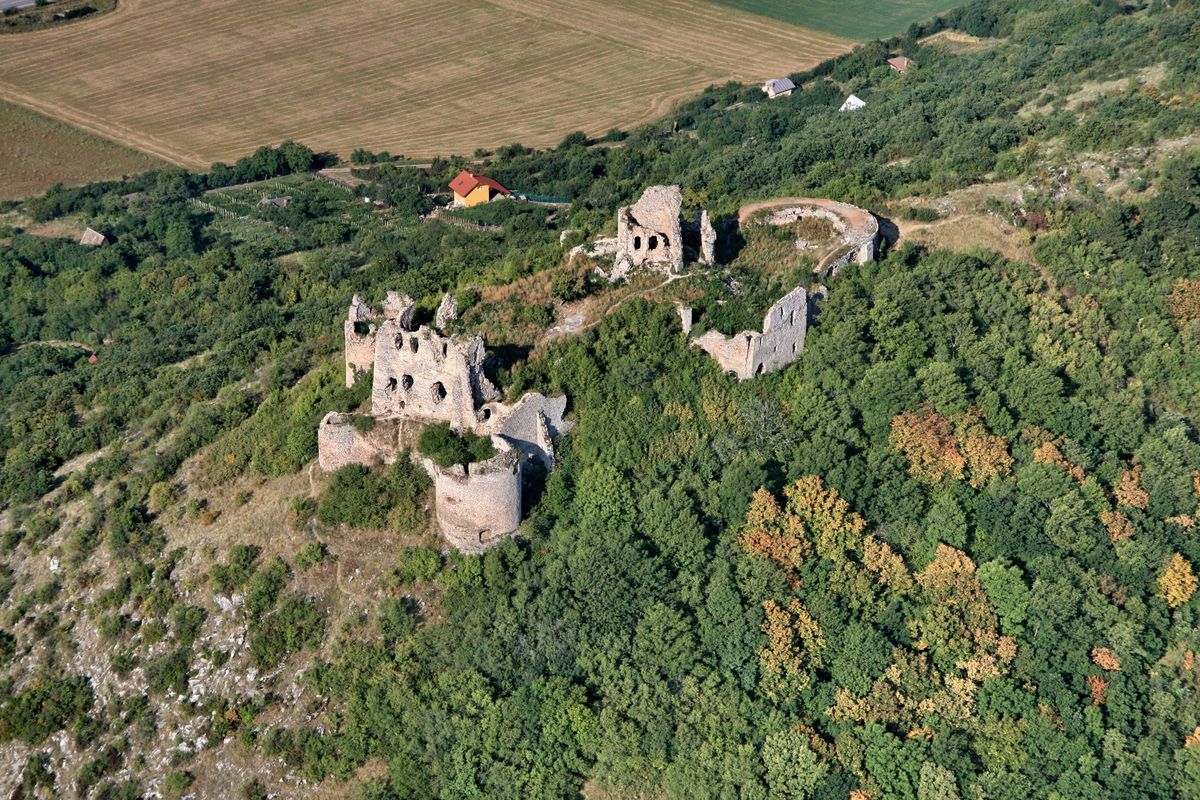