Fans of history will perhaps climb the hill towering above the village Podhradie in the Považský Inovec Mts. in west Slovakia with the Topoľčiansky hrad Castle on its top.

This royal castle from the 13th century became the centre of the castle estate of Topoľčany. In the 15th century it was occupied by the Hussites and later it fulfilled an important task in defence against the Turks. During Rákoczis rebellion it was severely damaged by the Imperial troops and although it was later reconstructed, it fell in decay.

Today its main tower in Romantic style with well preserved fortifications dominates in the horizon. Beware, the entrance to the ruins is at ones own risk!

The views from the platform below the Castle are unique. Above all the eastern side where almost the whole upper part of the region Nitra, mountain range Tribeč with its dominant Zobor and mountains Strážovské vrchy in the north-east, as well as the side ridge of mountain range Považský Inovec are captivating.

The cave Opálená skala and remains of the Hallstat settlement at Úhrada are within reach as well.

Access: on foot from the village Pohradie following the blue and green hiking marks (it takes about 15 minutes), driving is possible almost as far as the Castle. Red marked cyclist route leads from the town Topoľčany. 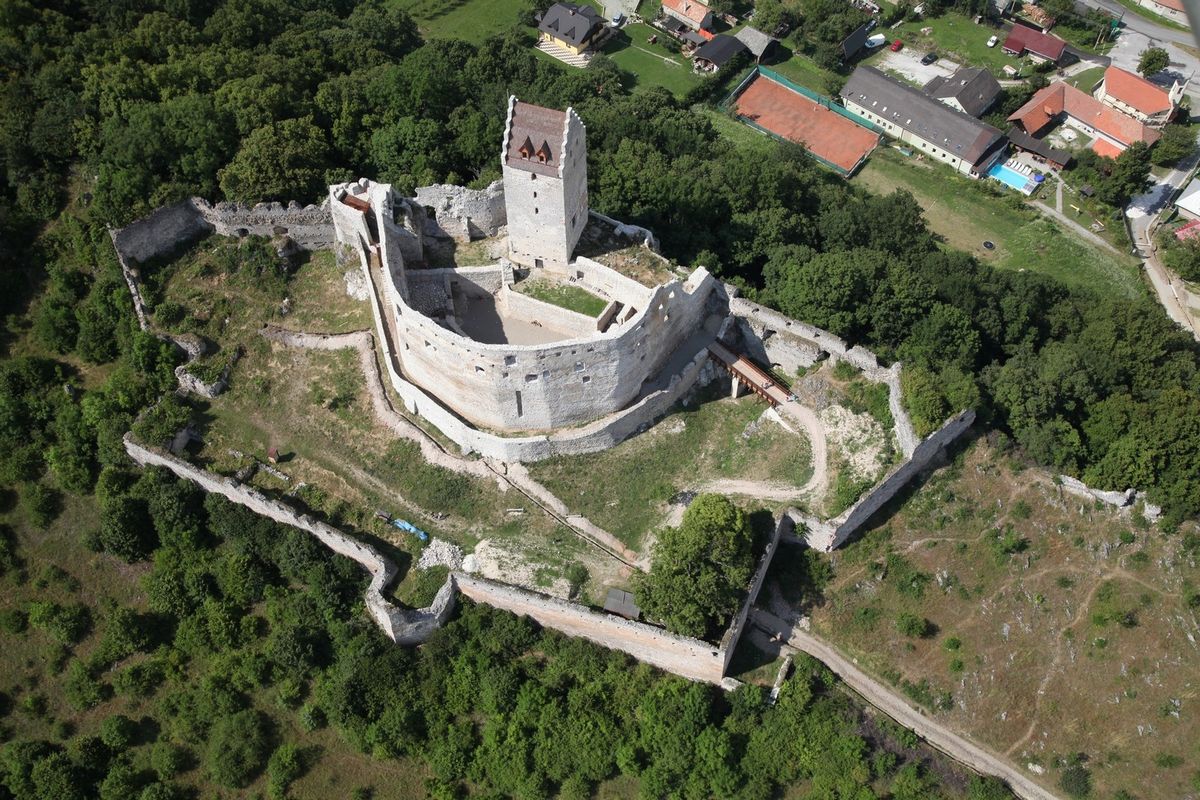 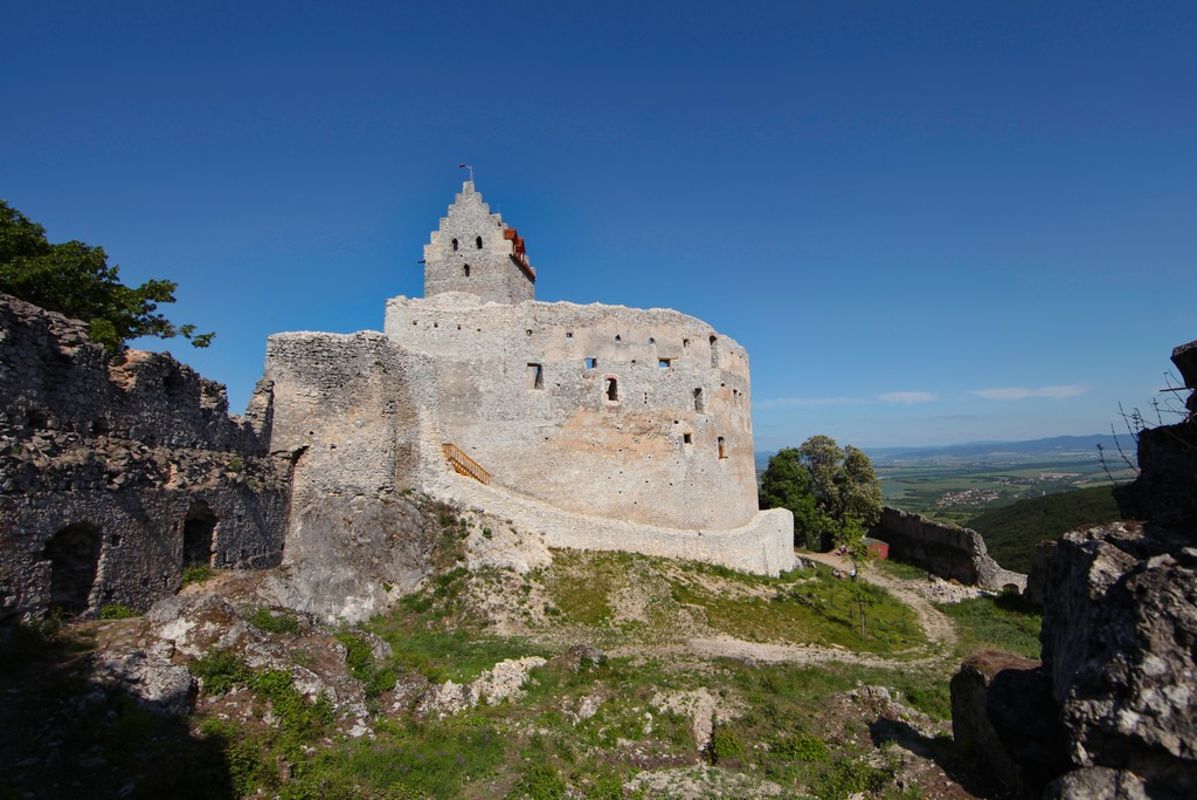