One of the castles in the region of Považie that guarded the western borders of the Kingdom of Hungary was the Tematín Castle. Its romantic ruins standing on top of the side ridge of the Považský Inovec Mts. are visible from a large distance.

With regard to visual contact with Castles of Čachtice and Beckov Tematín played the role of an important signalling point. It was destroyed by Imperial troops in 1710 and fell in decay afterward.

Tematín is one of the remotest castles in the country. The platform near the principal towers offers a nice view of the southern part of the mountains Považský Inovec, the northern protuberance of the lowland Podunajská nížina over Piešťany as far as Hlohovec. The mountain ranges Malé Karpaty, Myjavská pahorkatina and Biele Karpaty can be spotted in the background.

Access: on foot from the holiday resort below the mountain Bezovec following the blue hiking marks (it takes about one and a half hours). 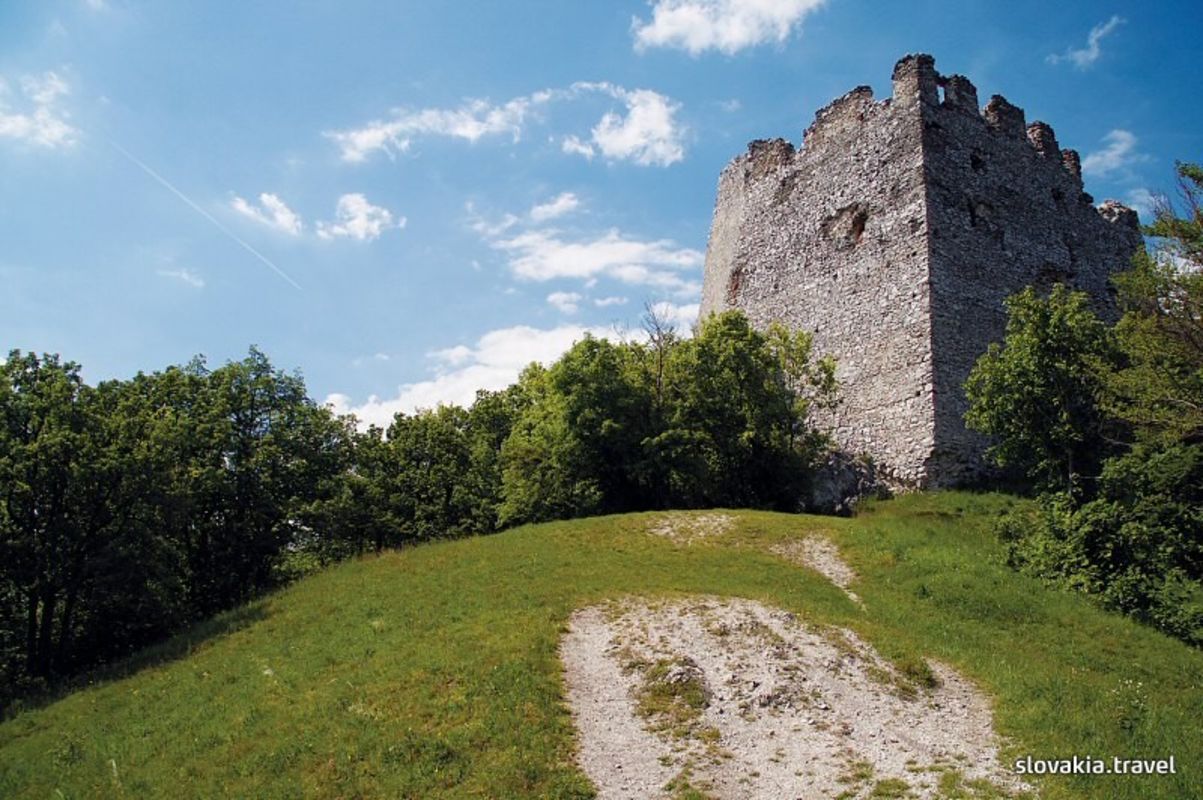