Slanec is the village situated in the distinctly sank part of the ridge of the Slanské vrchy Mts. with the castle hill. The ruins of an old medieval castle are on top of it. The document from 1230 mentions it as the castle, which guarded the salt stores.

Following its first owner, the Aba family, it fell in hands of the Drugeth family who built here the central cylinder-shaped tower in the 14th century. It is still the dominant feature of castle ruins. During the Thököly uprising in 1679, the Imperial troops pulled the castle down. The tower Nebojsa offers a fine view of the surrounding landscape.

Access: on foot from centre of the village Slanec via row of trees and through landscape park (it takes about 15 minutes). 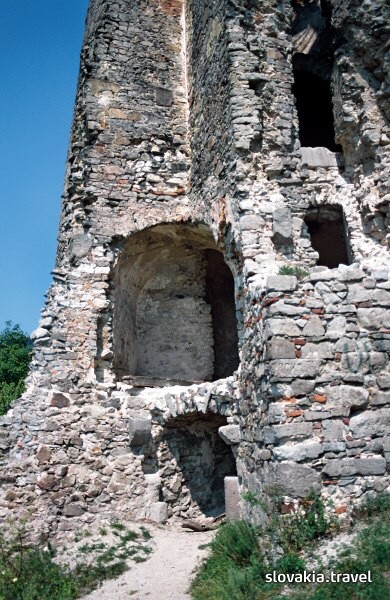