The Castle of Sklabiňa towers on the edge of the basin Turčianska kotlina and the mountains Veľká Fatra. It was first mentioned in 1242. After 1320, the Sklabiňa Castle became the seat of the county administration of Turiec.

In 1630, the family of Révay had it adapted and a Renaissance manor house built in its courtyard. It was also fortified then. It remained the seat of the county administration until the mid-18th century.

The Renaissance manor house survived until the Second World War. After it burnt in 1944, it fell in decay together with the Castle. The remains of the castle preserving some Gothic and Renaissance architectural details progressively decayed.

The Castle is reconstructed now and the renovation is in care of young enthusiasts who organise different interesting events on the premises such as the Castle Feast connected with historical conquering of the Castle.

Access: on foot from the village Sklabinský Podzámok (it takes about 15 min.) or driving as far as the Castle. 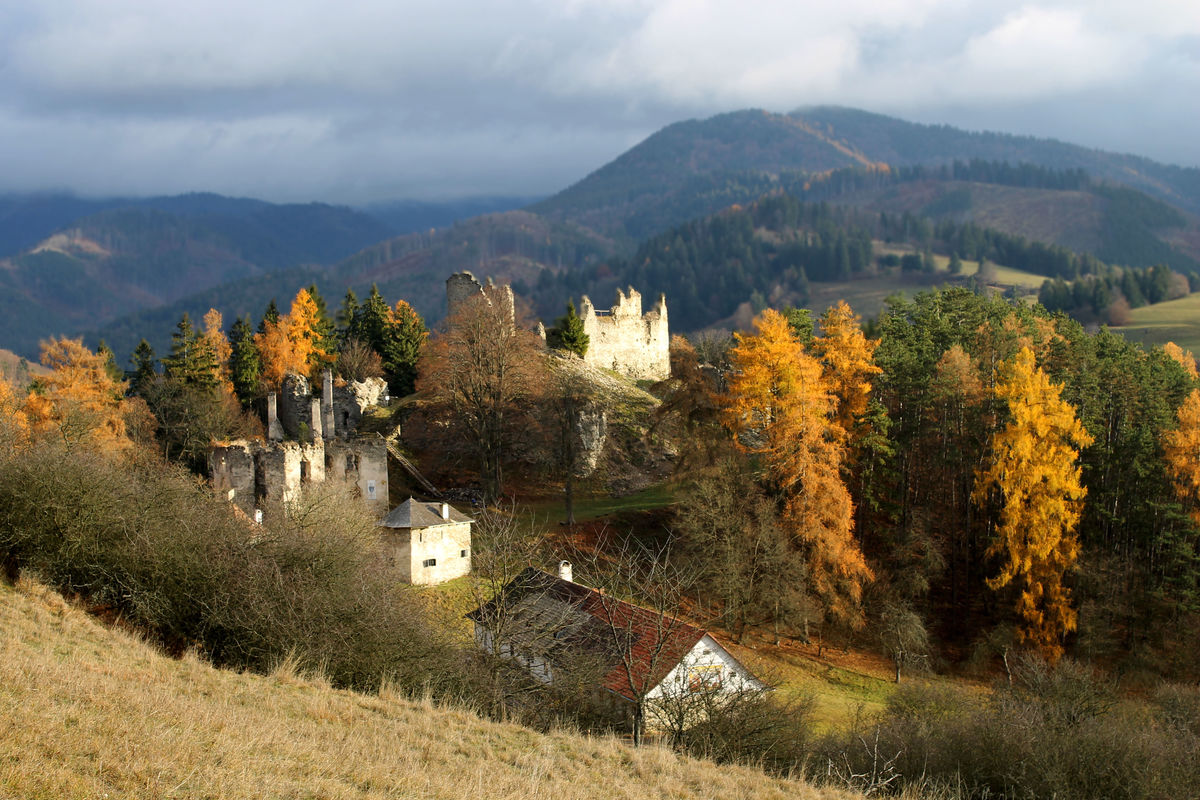 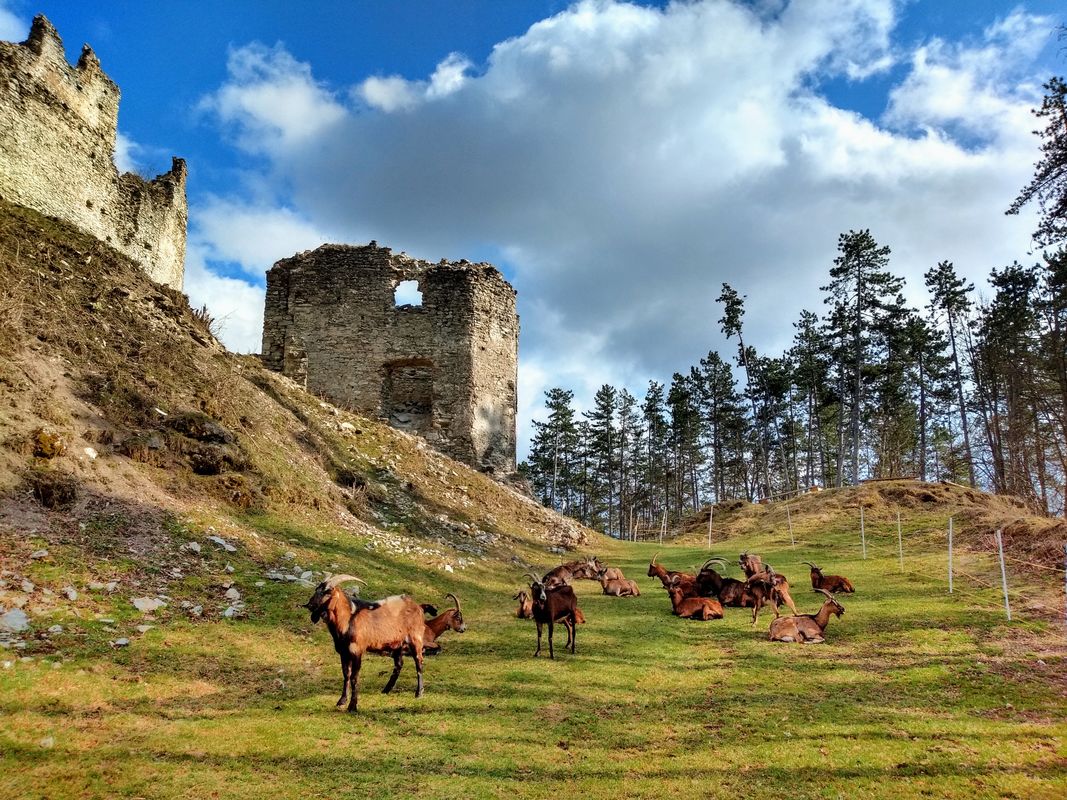 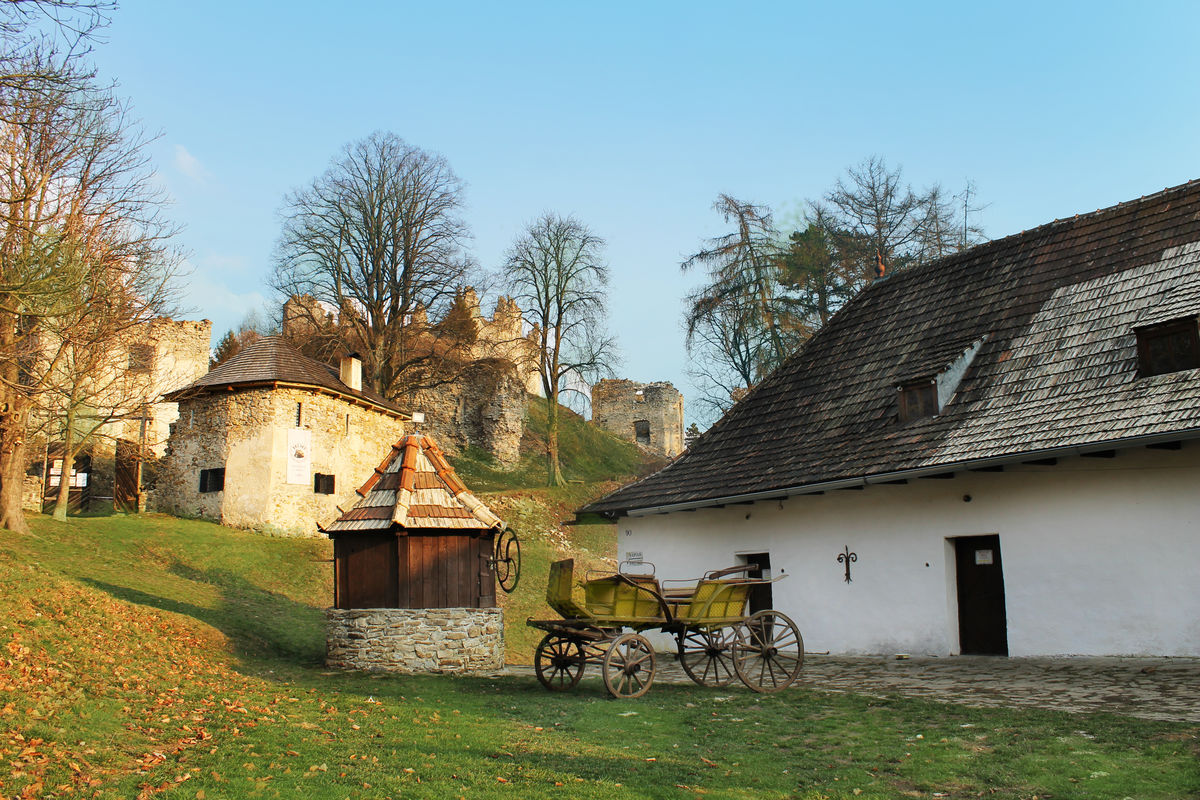 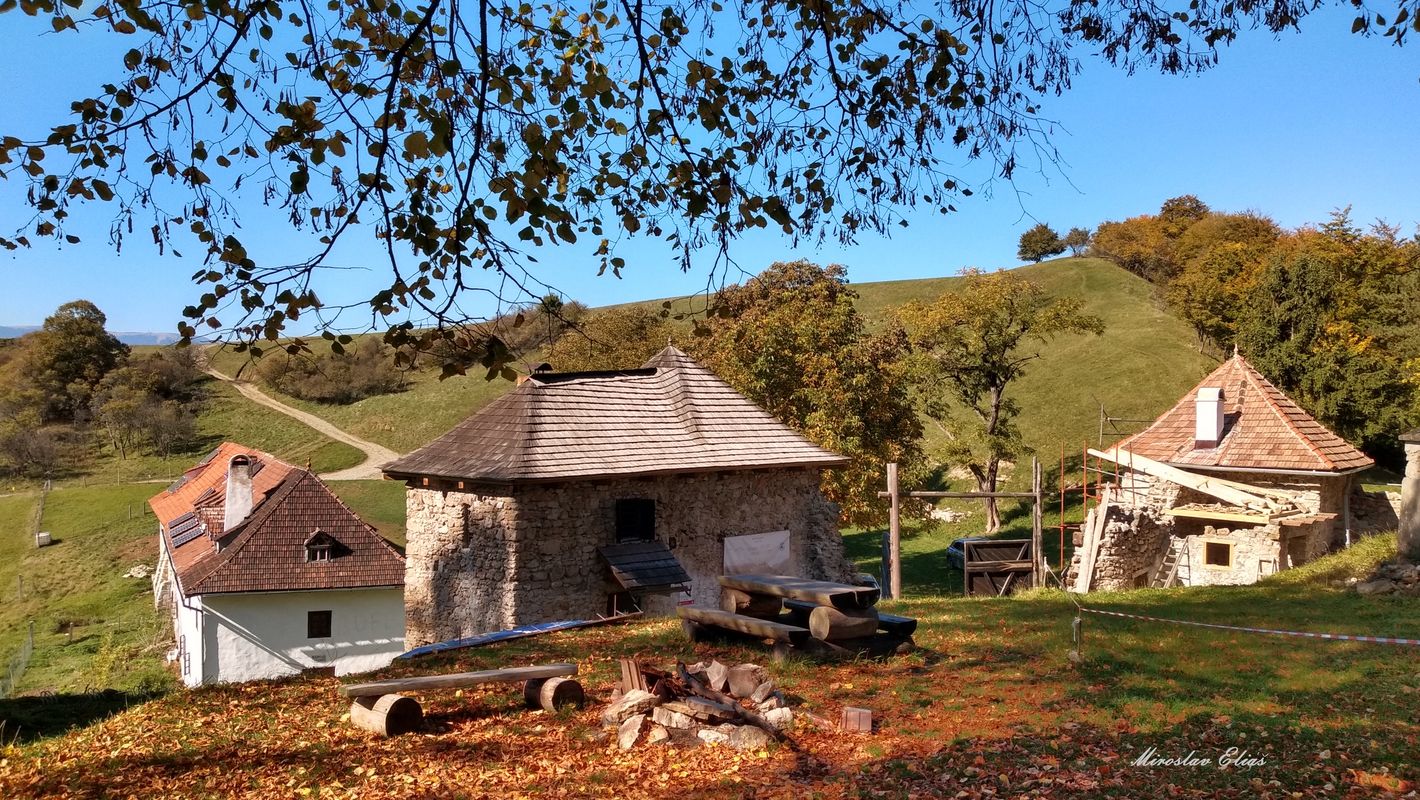 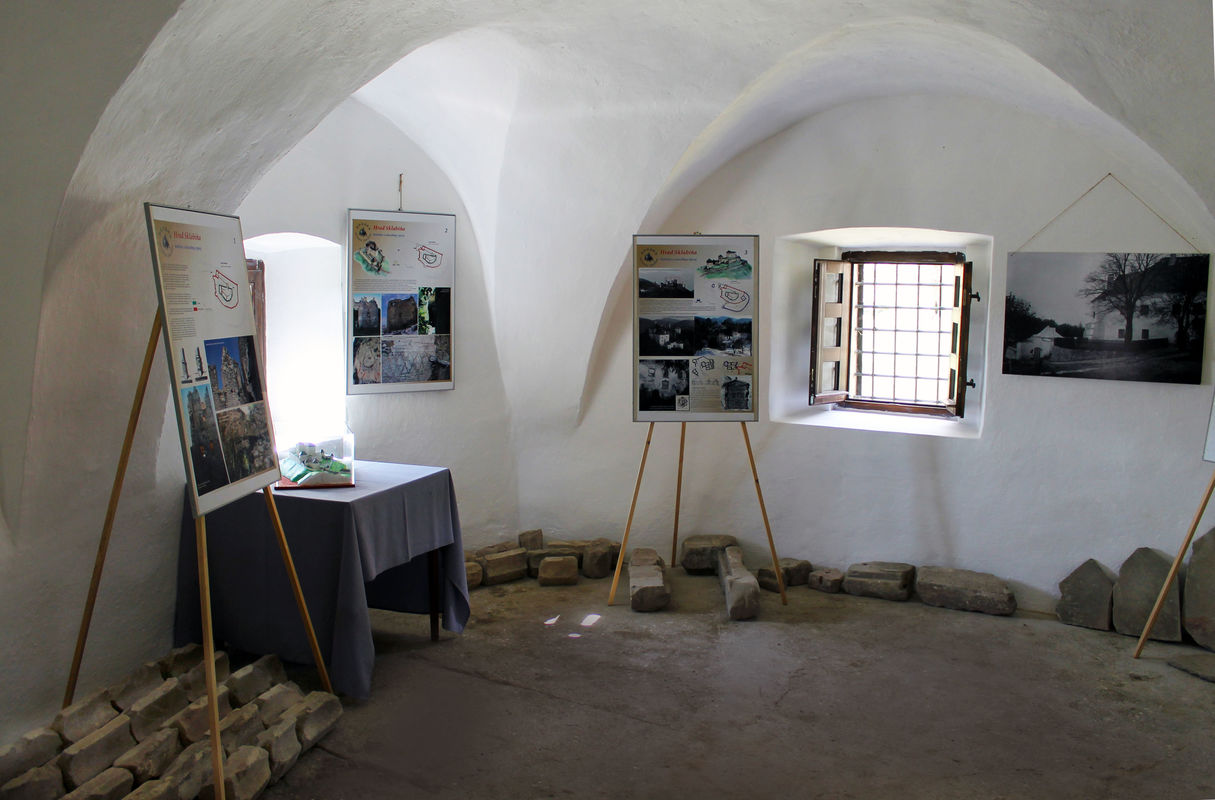