Salamander Days in Banská Štiavnica remind the former fame of the most beautiful mining town in Slovakia, celebrating over 800 years since it was mentioned for the first time. This is also why Banská Štiavnica with its surroundings has been listed on the UNESCO World Heritage List since 1993 due to its unique symbiosis of architecture, environment and technical landscape.

Annually, the first or second weekend of September, Salamander Days last from Friday to Saturday. Initially a part of student rituals of the Mining and Forestry Academy in Banská Štiavnica, later the Day of Miners, the Days are concluded by a carnival procession.
After the founding of the Mining Academy in 1762, Banská Štiavnica became a significant centre of academic life with rich and vibrant student and social life. The Salamander Days Parade has been preserved until the present as a symbol of historic continuity. Its name is derived from the winding motion of the salamander (amphibian) that gave the glory to the city according to a legend. With the introduction of the Miners' Day the first Salamander Parade took place in 1934 and has been organised ever since. The inseparable part of the event is the traditional market called Štiavnické trhy, with a manifold cultural programme, several exhibitions and spectacles. Annually it has taken place since 1992. In 2013, the Salamander Parade was inscribed on the National Inventory of Intangible Cultural Heritage in Slovakia.
Are more than a carnival of Štiavnica miners, over the course of time, this has become a meeting opportunity for miners, ironworkers, geologists and oilmen from across Slovakia. Mining experts consider the Salamander Days to be a Slovakia-wide event that draws on the rich history of the university education in Banská Štiavnica and on the wide range of habits of students of the former Mining and Forestry Academy, who are actually the original authors of the Salamander Procession.
For their uniqueness, the Salamander Days attract not only visitors from all over Slovakia but also admirers and regular visitors from abroad. Particularly university students from multiple Hungarian towns and their teachers like to return to Banská Štiavnica during this carnival, because this is where the roots of their present mining universities are. Friday is the highlight of the Salamander Days, with the unique Salamander Procession being the top event of the entire carnival.
It is led by the chief shepherd with a wooden lizard in his hand symbolising a tale of the origin of the mines. The chief shepherd is followed by bergmans (dwarfs living in mines), miners in historical uniforms holding flags of particular mines, mining music and symbolical characters (Death, Rabbi, Executioner, Judges). The procession sets off after dusk to make the light of candles and burners more visible.
Salamander Days parade is based on an old student ritual that has been transformed into a tradition of the whole city, while using stories and figures connected with the founding of the city. Reminding to the mining traditions, a masked parade with figures depicting the founding of the city, miners in historic clothing from different regions, parodying historical figures from Banská Štiavnica is accompied by mining songs and uniforms. This cultural element historically linked to the history of the royal mining city is organised by the Town of Banská Štiavnica, mining associations, forestry, oil a geological institutions, locals and volunteers.
This event is supported by Ministry of Transport and Construction of the Slovak Republic 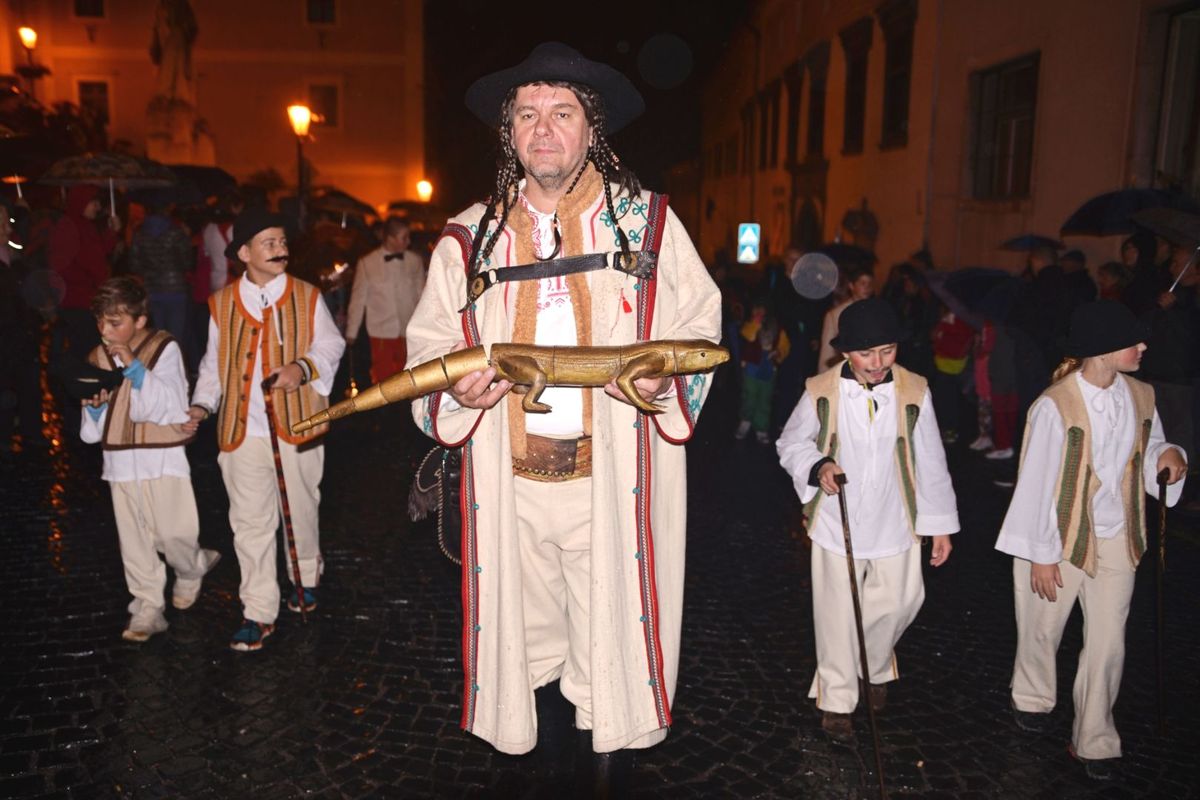 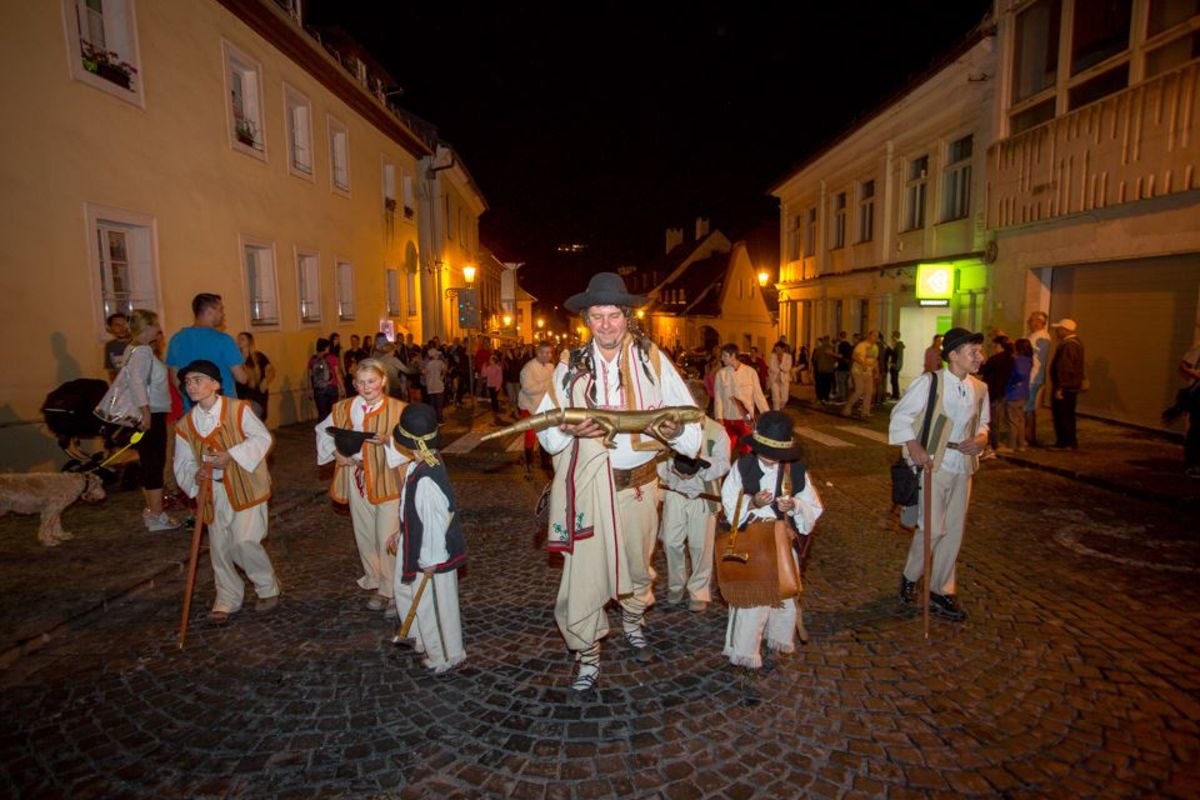 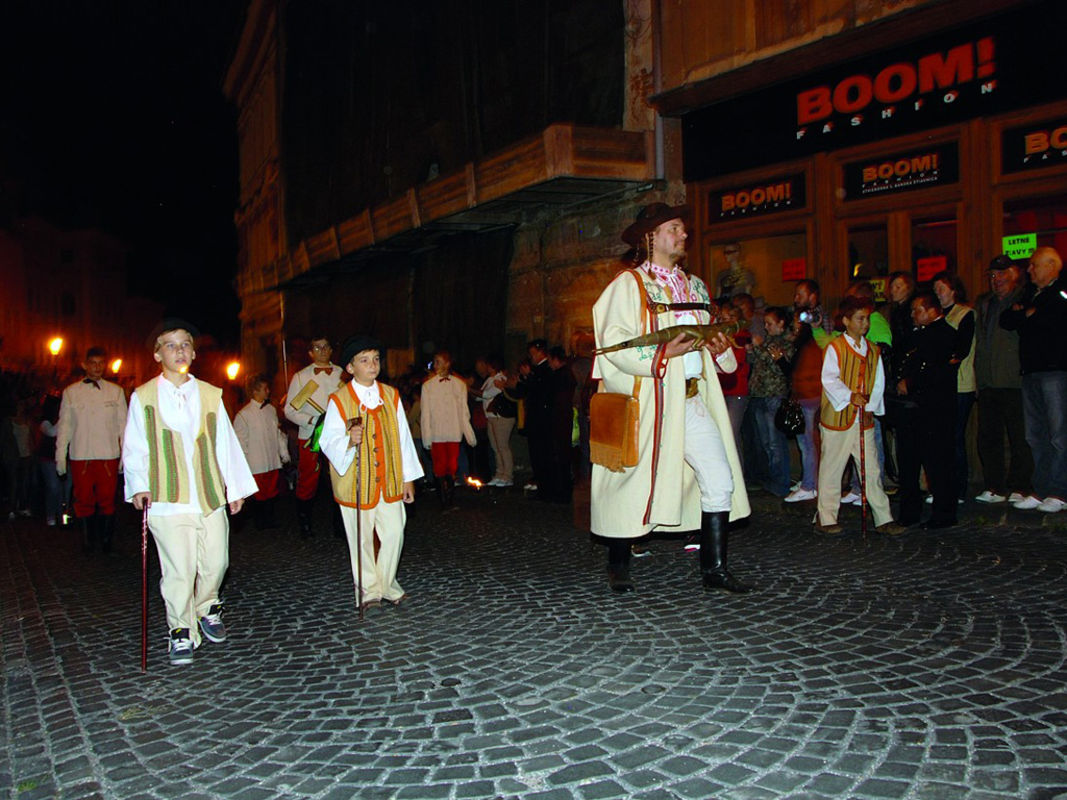 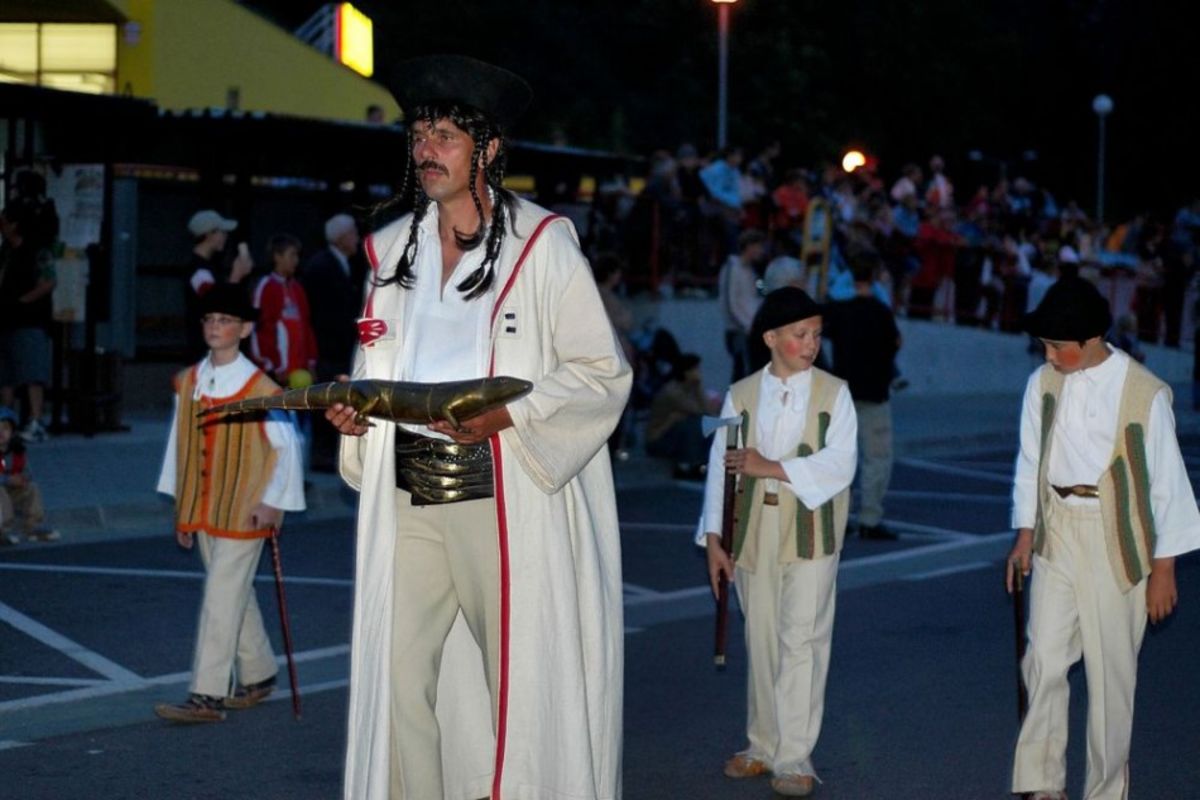 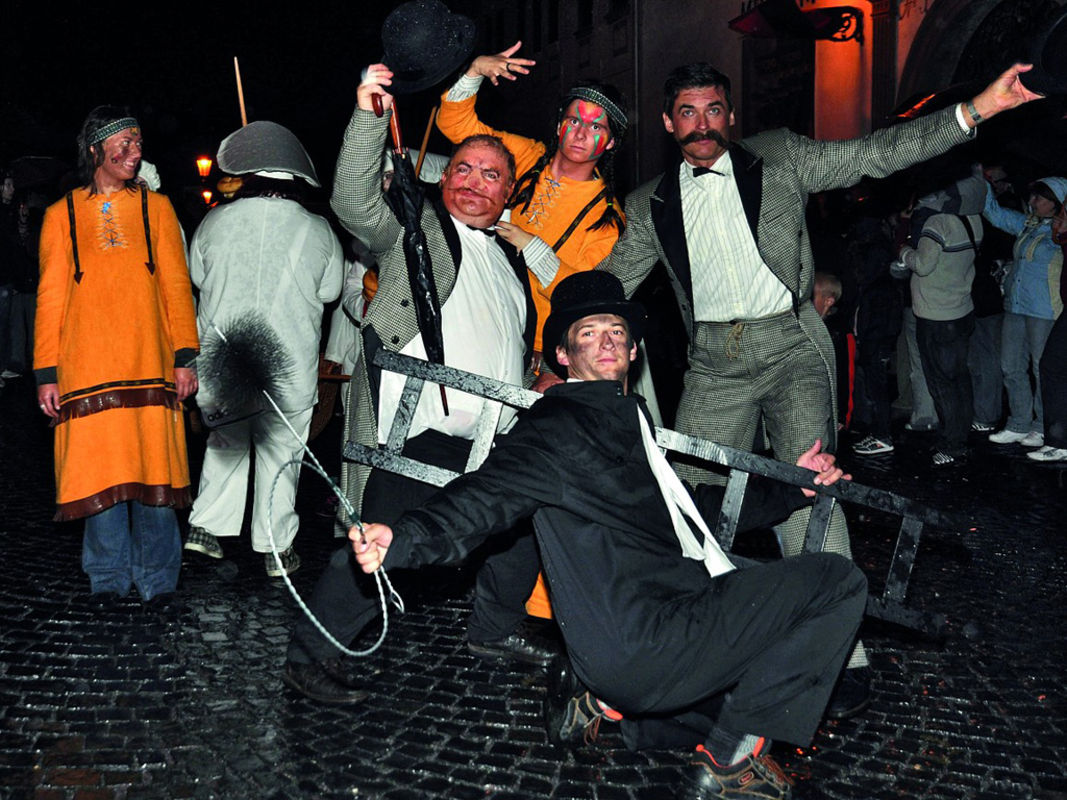 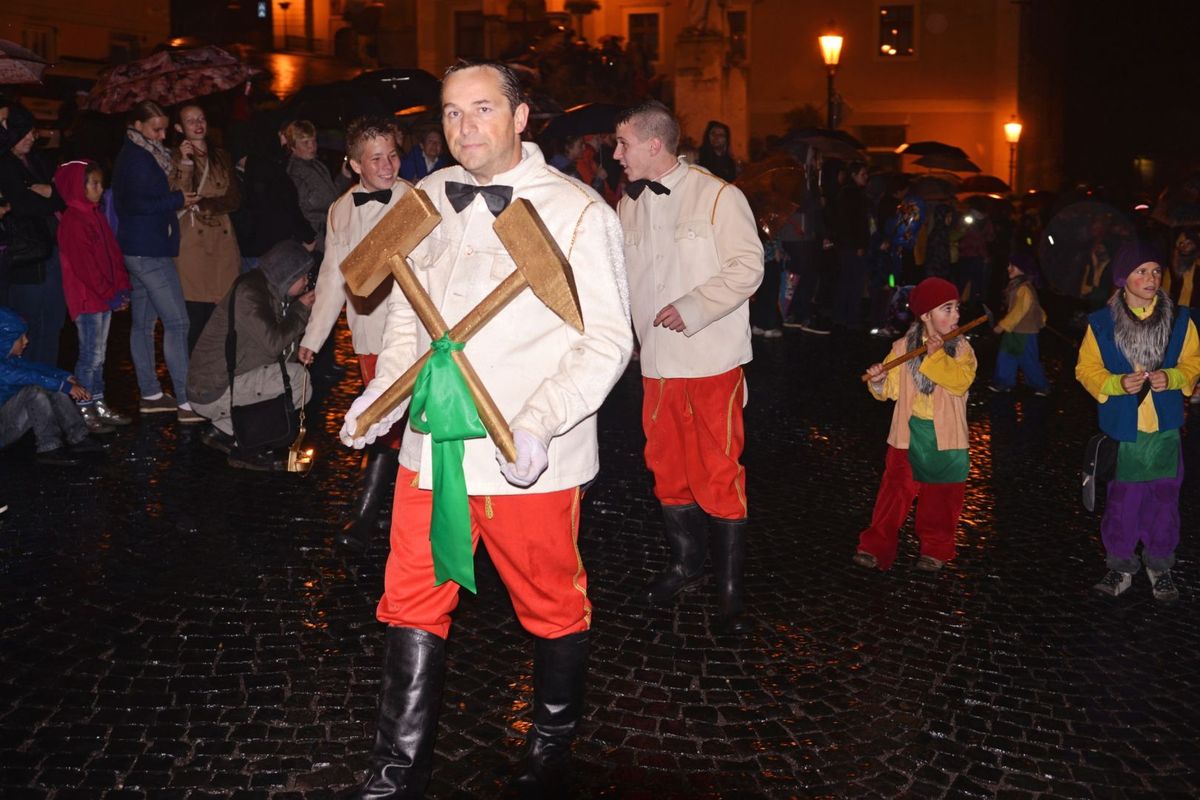 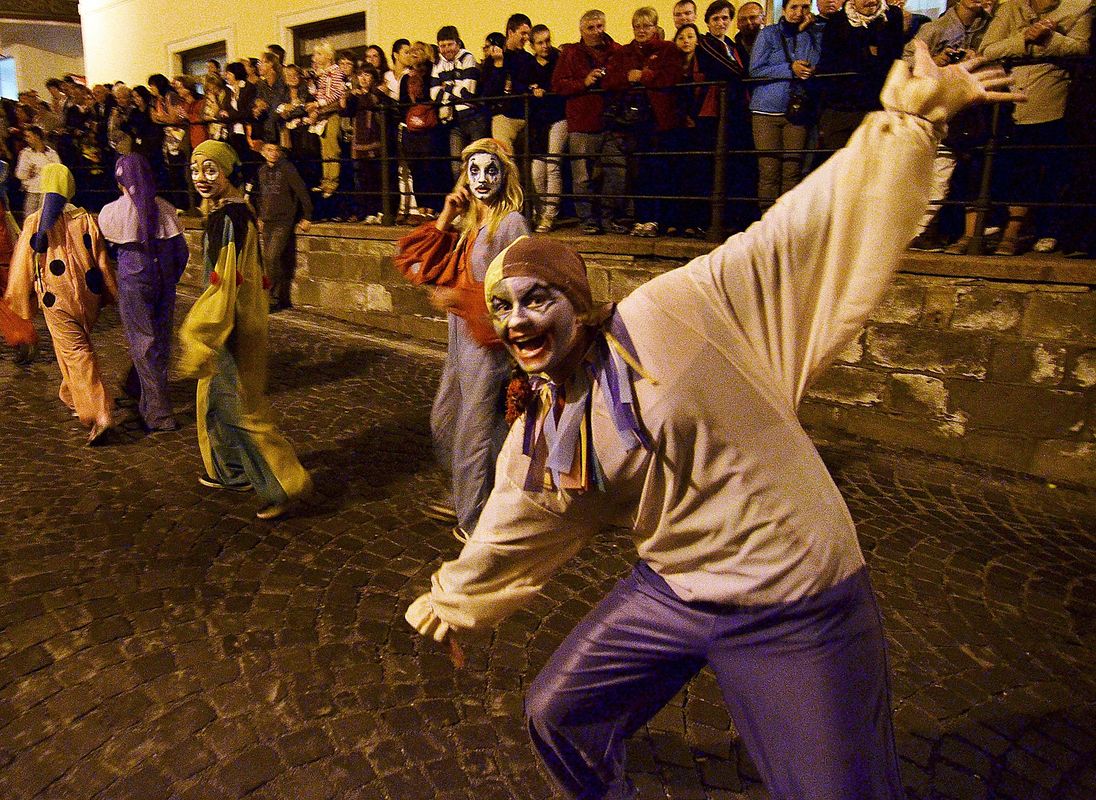 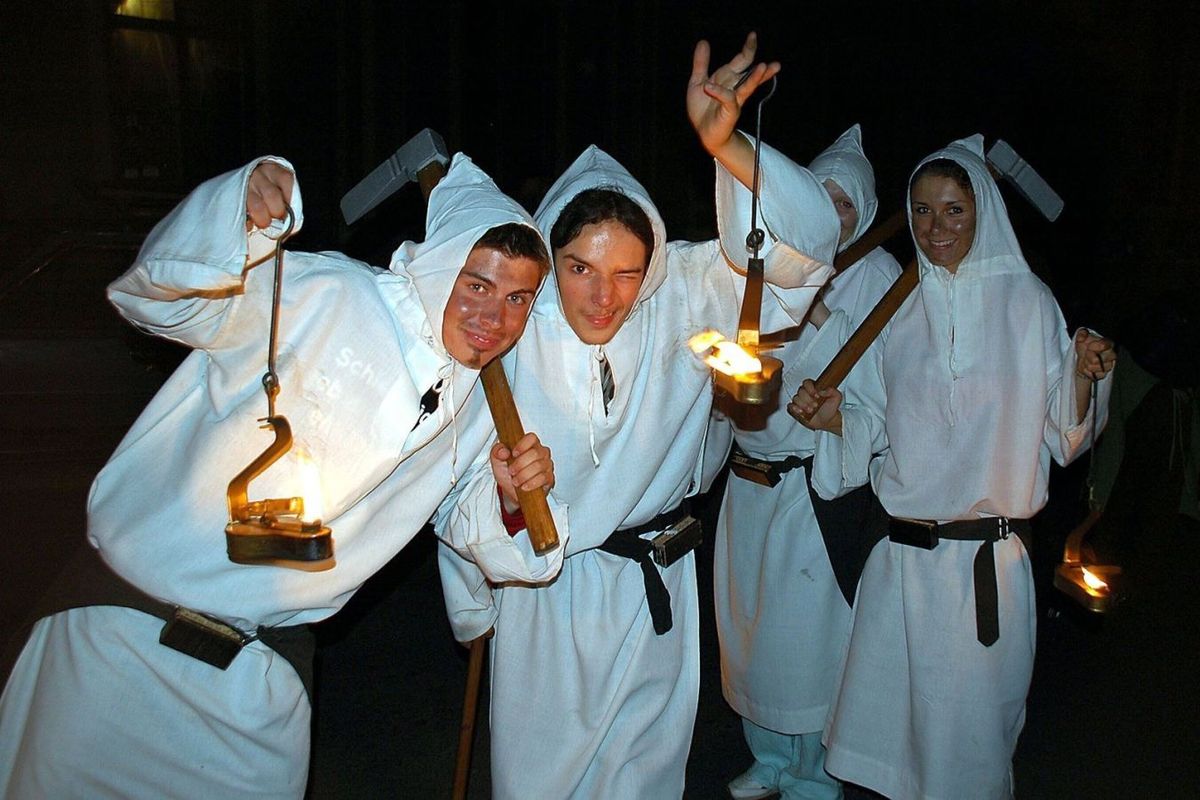 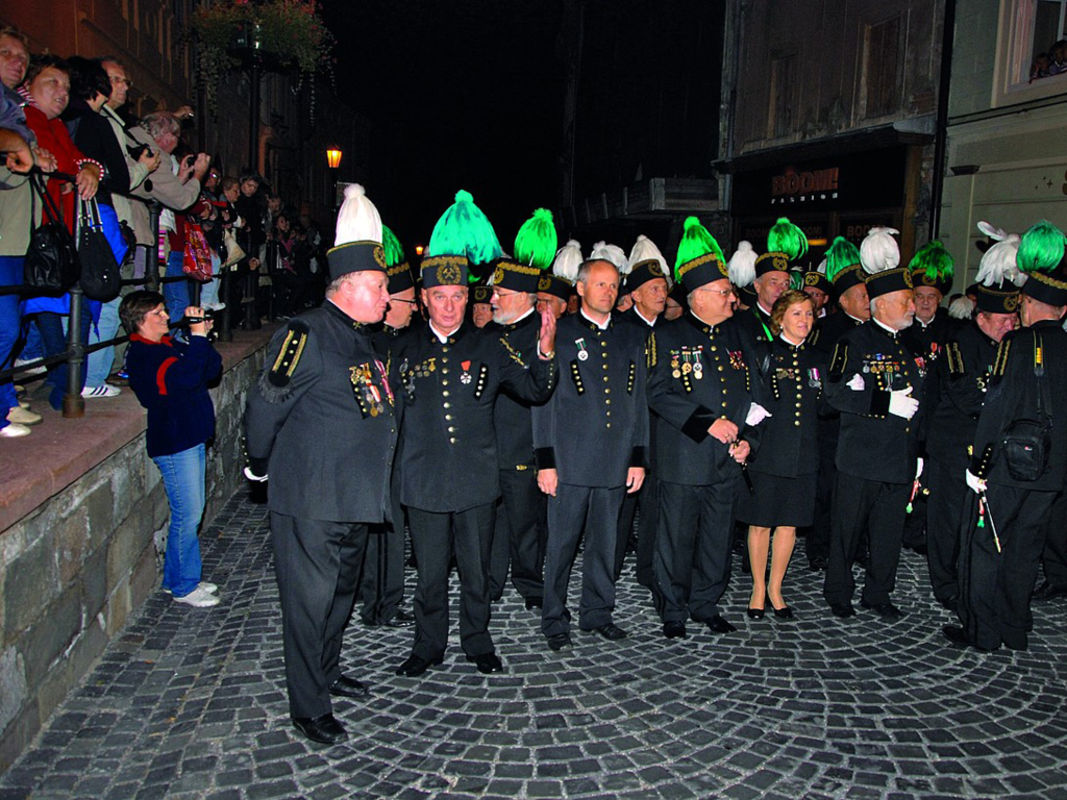 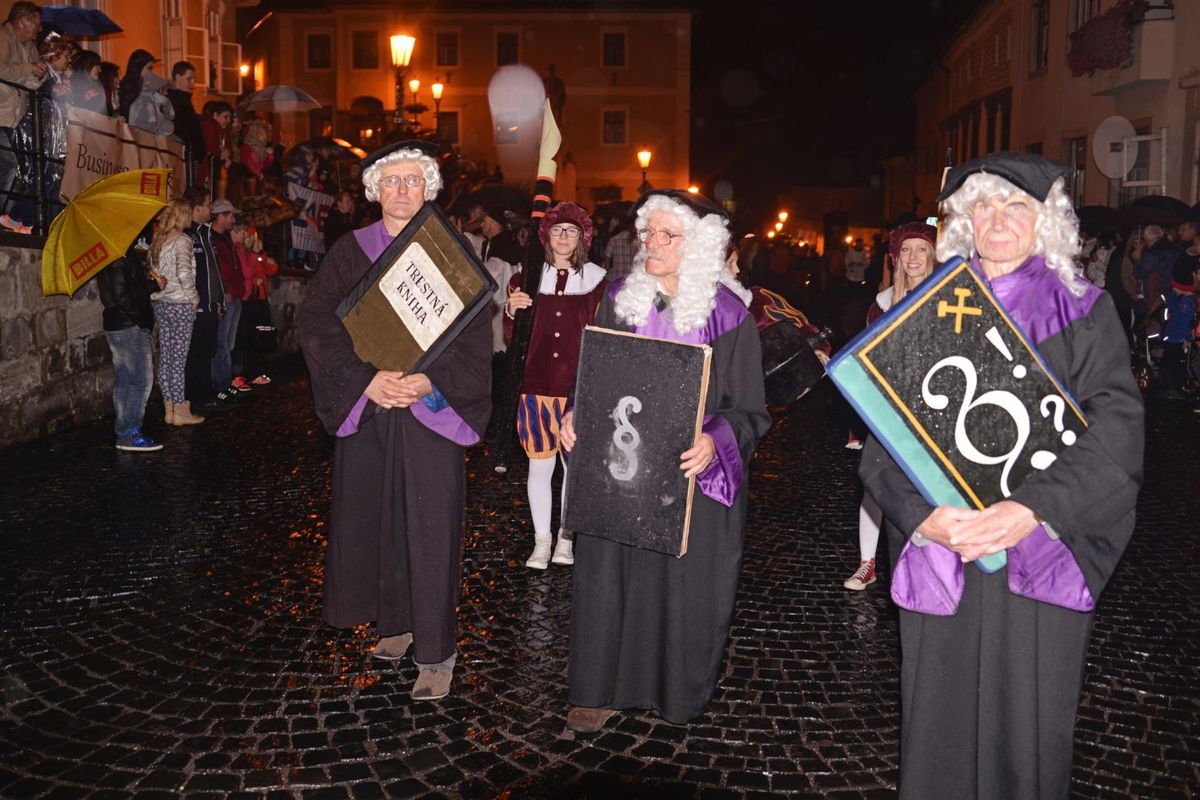 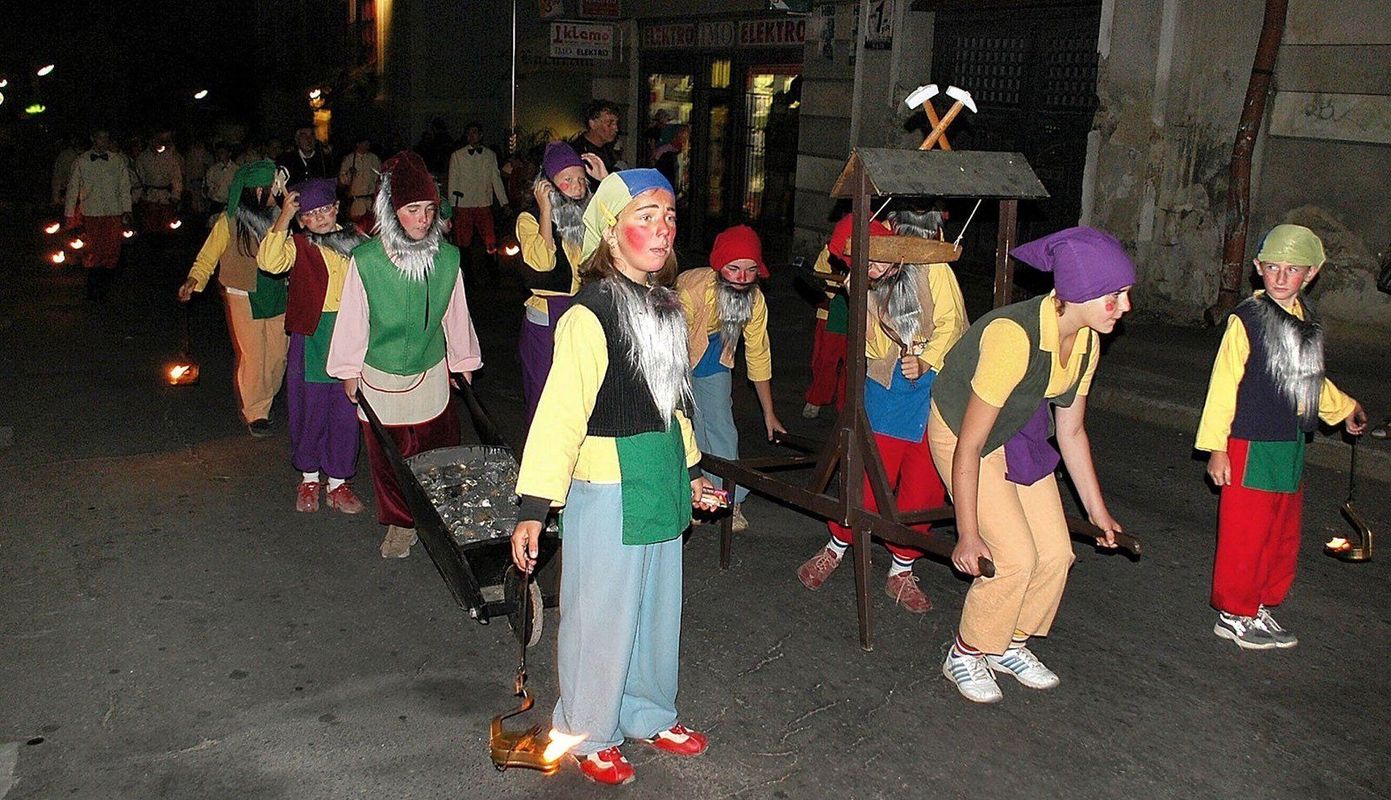 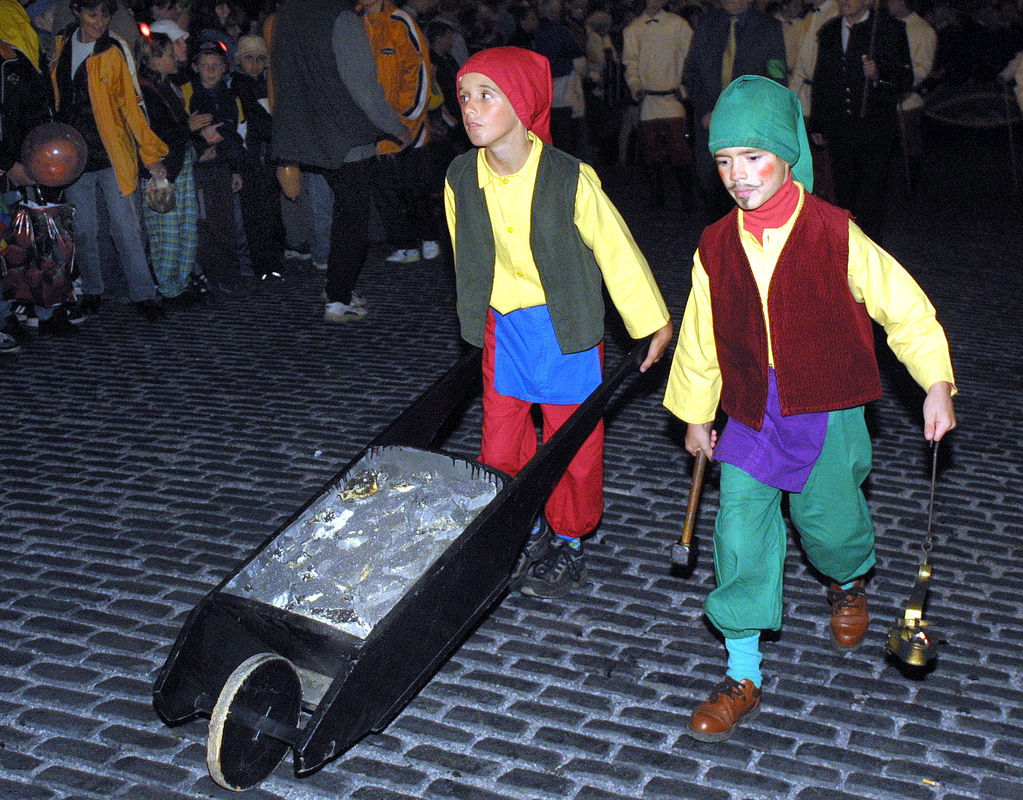 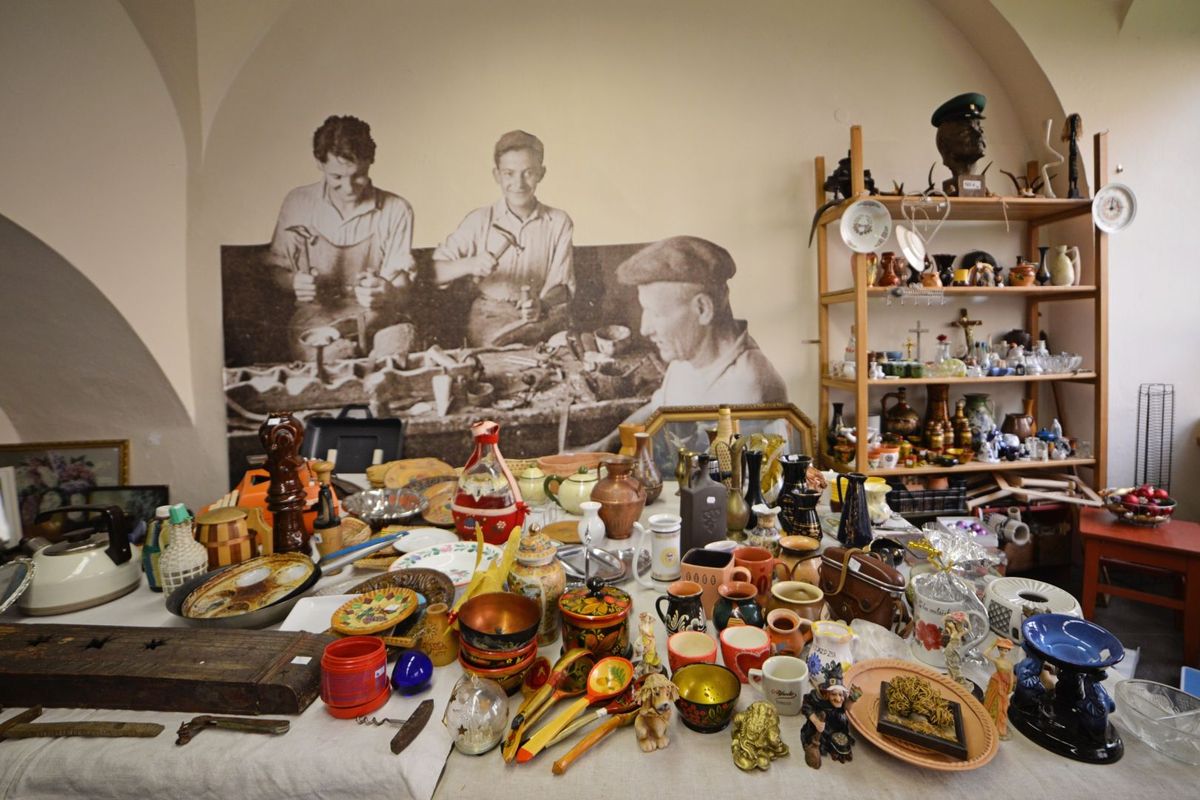 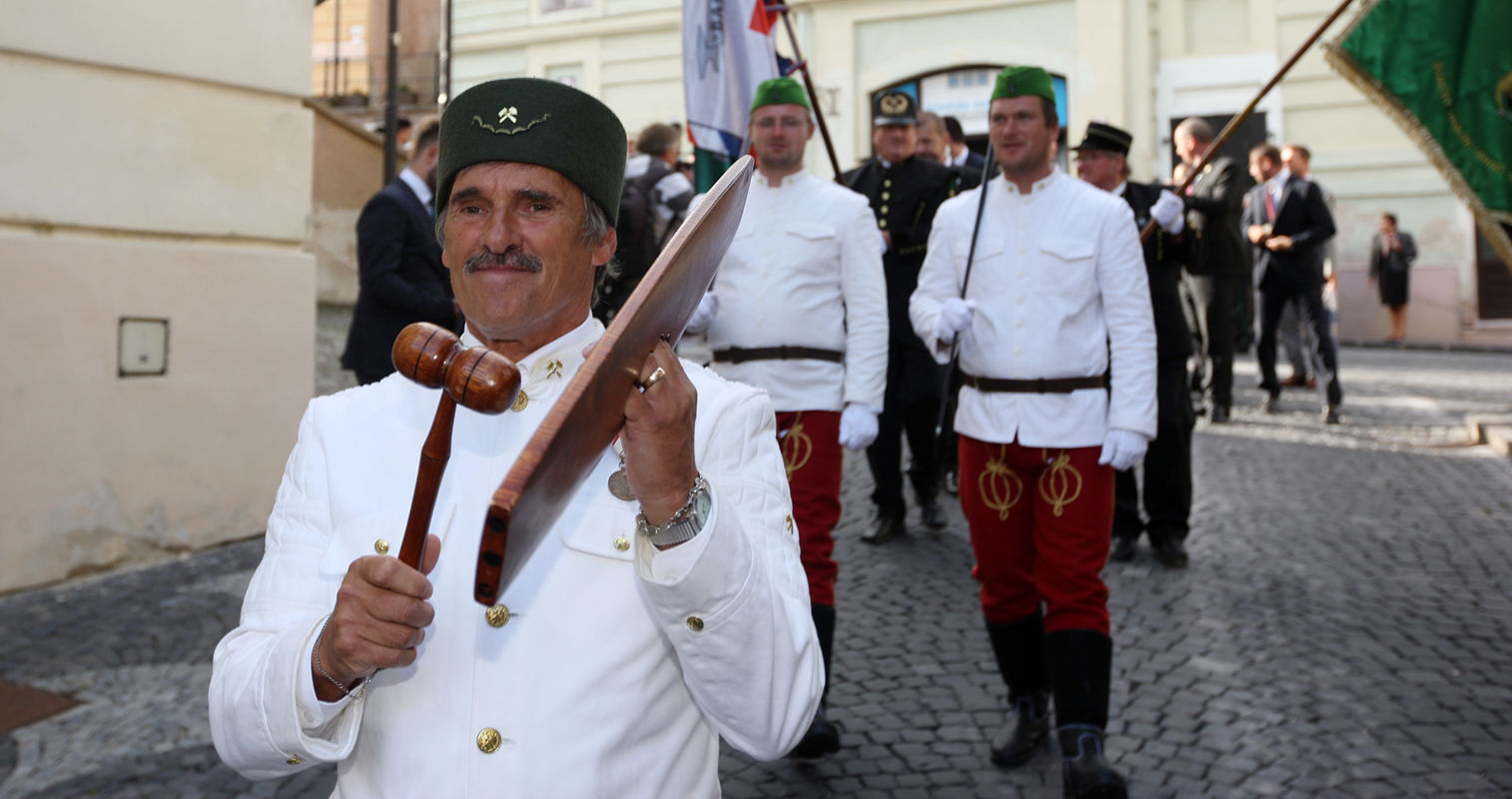