The Memorial of the Venus of Hrádok (Nitriansky Hrádok)

Nitriansky hrádok in south-western Slovakia is called the Slovak Troy because it has its own Helen - the Venus of Hrádok. A splendid monument was built to honour this beautiful prehistoric statuette.

A lot of archaeological material was found on the mould of Zámoček near Nitriansky Hrádok (it became part of the town of Šurany). This is why this place is called the Slovak Troy.

Similarly, Zámoček is the archaeological form called a tell. It was made by layering several generations of prehistoric settlements. According to archaeological explorations, the tell of Hrádok originated 5 thousand years ago.

The finding of the famous Venus of Hrádok, sometimes also called the Venus of Nitra, belongs among the best known ones. The statue of a sitting Neolithic woman can also be seen on the Slovak coin worth two Slovak crowns.

In 1997 a memorial was built in this place. The monumental sculpture by Jaroslav Gubric is the big copy of the Venus of Hrádok. 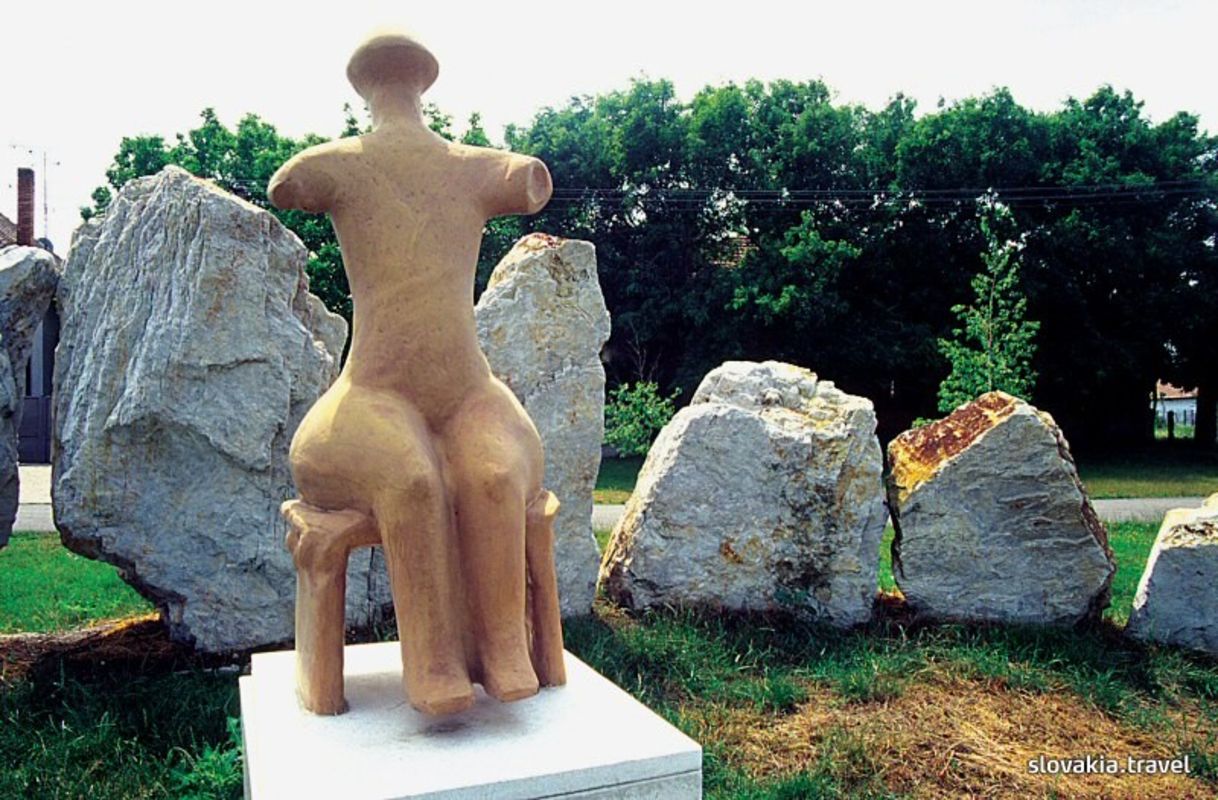