The Memorial of the Solidarity of the Czechs, the Moravians and the Slovaks. (Veľká Javorina)

The tradition of the friendly meetings of the Czechs, the Moravians and the Slovaks started in 1845. It became stronger after 1918 when the Veľká Javorina mountain was no longer the frontier mountain.

After the Velvet Revolution in 1989, the tradition of the common meetings of the Czechs, the Moravians and the Slovaks was restored and it has been kept even since the split of the federation.

The memorial was solemnly dedicated on 7th June 1990. It is made of stone and is situated not far from the telecommunication tower of the top of the Veľká Javorina mountain. It can be easily acceded on foot from the Holubyho chata chalet on the Slovak side of the frontier.

Vavrouškova mohyla (the Barrow of Vavroušek) has been standing near the memorial since 1998. It is dedicated to the memory of the Czech ecologist Josef Vavroušek (1944-1995) who devoted himself, besides his environmental activities, to sustaining the solidarity of the Czechs and the Slovaks. 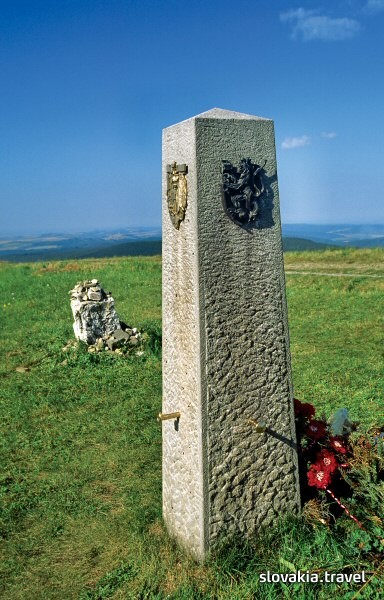