The Kingdom of Goose

A true monarchy of delicacies, Kingdom of Goose Specialities opens its gates on September 1st at 1 p. m. for the third time already. In the picturesque municipality of Slovenský Grob near Bratislava it found the best place. You will find here not only tasty traditionally roasted geese but also Farm Fest markets, Days of Open Restaurants, interesting programme or contemporary style inn.

Royal experience will be ensured by the coronation of the King with the attendance of Maria Theresa, period tavern and delicious dishes along with a manifold musical as well as cultural programme.
The coronation of the King of Goose Dishes is only complete with the participation of Maria Theresa and ceremonial procession. Experience the festive parade and the attack on the Kingdom of Goose and also a medieval tavern offering local beer and having a truly unusual service of non-traditional waiting staff for the whole day.

13:00 Vajnory Beautification Association presenting traditions and the culture of Vajnory
14:00 official Opening ceremony with the coronation of the King of Goose Dishes and the attack on the Kingdom of Goose
15:00 Children's Folklore Ensemble Čečinka
16:15 Elá Hop's entertainment for children
17:30 Puppet show
17:45 MEDD band
19:00 Malalata Balkan Beats
21:00 Funkiez
The event of Kingdom of Goose will also include Farm Fest which aims at explaining and highlighting of traditional craft, gastronomic and product particularities of Bratislava Region. Farm Fest will bring the opportunity to taste and buy traditional goods made by 20 local specialty sellers coming from Bratislava Region on a square.
On the occasion of the XVIIIth Days of Open Doors in Goose Gastronomic Operations, the Guild of Goose Speciality makers will offer a tasting menu. To ensure all the kids will have fun too, a children entertainment group and an amazing puppet show have prepared their performances. Moreover, for the entire duration of the event the kids will have the opportunity to make their own souvenir in one of the five craftmanship stalls.
The event of Kingdom of Goose Dishes aims at showing that goose specialities are offered throughout the whole year and not only from September to January. Come to Slovenský Grob find out yourselves in a unique welcoming atmosphere, superb food as well as fine wines and beer.
The following story is made up even though the historical relations can not be excluded. Around 1750 Empress, Queen and Archduchess from that time Maria Theresa was invited by Palatin Palffy to have a look at his properties. As he was a district administrator of Bratislava he passed with Maria Theresa through Slovenský Grob. Darkness and thunderstorm reached Maria and her suit there. Thus they had to spend night there in the house of a poor geese Shepard. She did not want the Shepard to know who will spend the night at his house and so they all changed into liegemen´s clothes. Shepard welcomed them as their own and prepared a roasted goose with potato lokse and cabbage, the same way we know this delicacy today. Empress was amazed; she has never tasted anything as delicious. The food accompanied by the Small Carpathian wine from the local wine producers has created an unbelievable gastronomic experience.
When the morning came she continued her road with Palatine and her suit. Palatine told her about local people and their passion for gastronomy. For a year Maria has tried to teach the cooks at her manor to prepare a delicate goose liver, tender goose meat and sweetened cabbage the same way as the Shepard in the village. Nothing has aligned with the experience from Slovenský Grob and so the empress has decided to come to the village again. She named the hospitable local Shepard who had invited them to his house and prepared that delicious meal for his guests the king of new monarchy: Kingdom of Goose.
Since then Slovenský Grob has become a chosen destination for all the travellers who come there to try local goose specialities. And it has stuck until these days. Kingdom of Goose welcomes you and invites everyone to the tables full of goose specialities to taste what has changed the life of Maria Theresa.
This event is financially supported by Ministry of Transport and Construction of the Slovak Republic
The event is supported by National Tourism Portal slovakia.travel

Web: The Kingdom of Goose 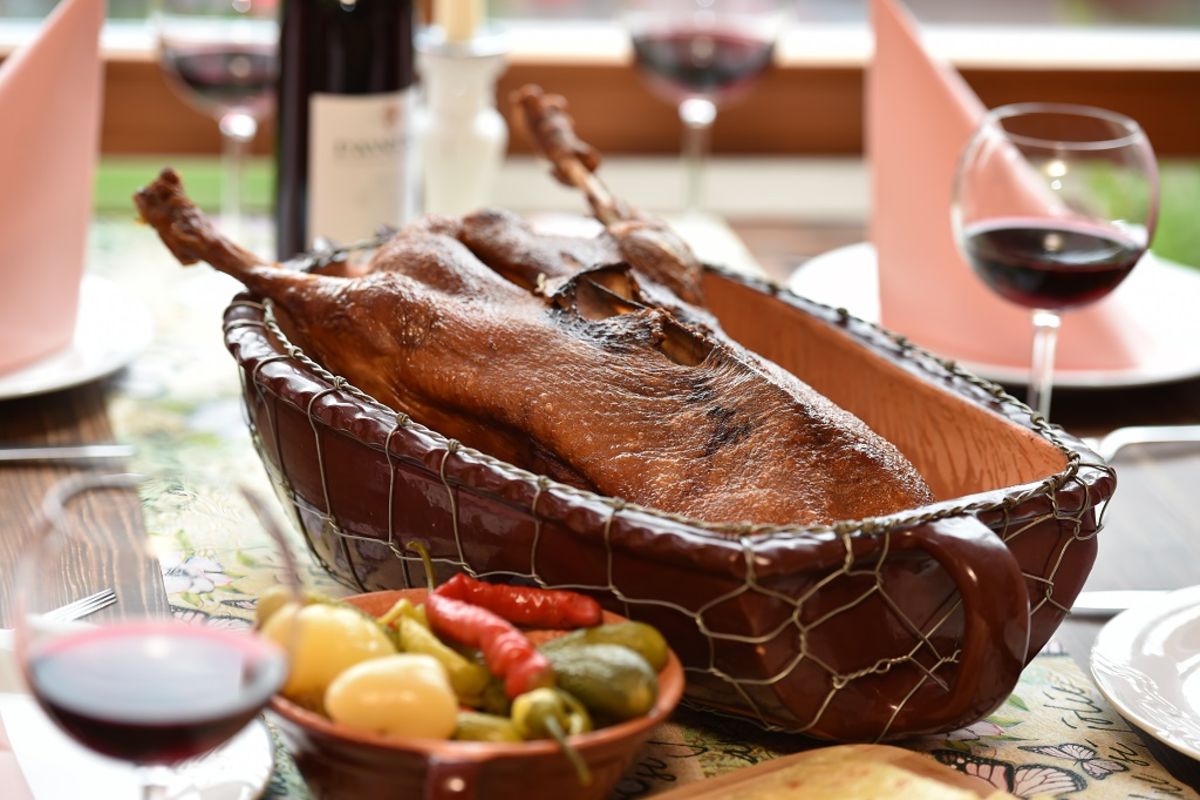 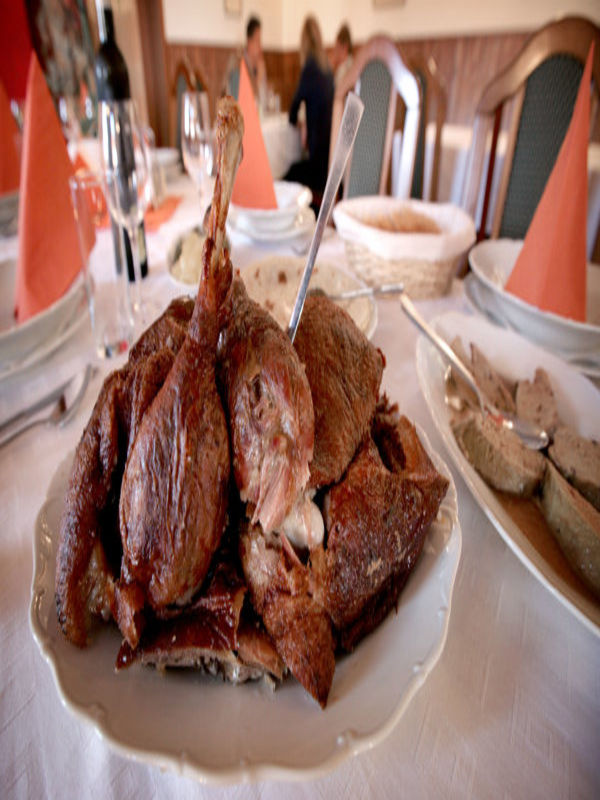